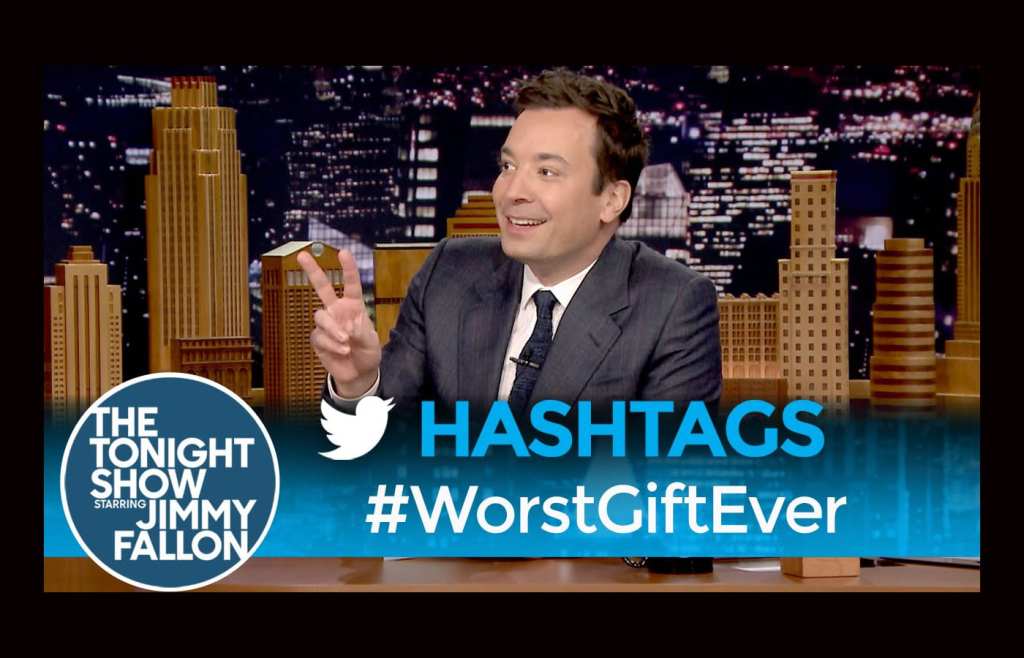 #15. This could have doubled on #AwkwardBreakups

#14. I mean but some people’s names are really hard to find. Blame your parents.

@FallonTonight My grandmother sent me a card with the handwritten message whited-out from the person who sent it to her. #WorstGiftEver

@FallonTonight one year my husband bought me an oscillating fan heater for Xmas. #WorstGiftEver pic.twitter.com/CL43VdfQIM

@fallontonight My grandma once gave me a size 50 leather belt saying “I hope it’s big enough” I wear a size 38. #worstgiftever

#10. I’m guessing this was also the day you made the sad discovery that your girlfriend wasn’t all that bright. 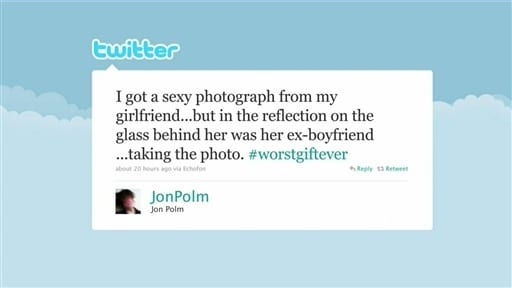 #9. Everyone needs a mom who will tell you the truth.

#8. Not the most subtle of gifts, but effective.

@FallonTonight one christmas, my girlfriend at the time gave me a bag of all my stuff back. We broke up. #WorstGiftEver

#6. I feel like living gifts are pretty much never a good idea.

#WorstGiftEver HS bf thought it was sweet to get me a rabbit w/o consulting me first. It was highly vicious for an herbivore. @FallonTonight

#5. I mean, if he’s paying for college, I probably wouldn’t complain…

#4. According to this hashtag, there are a lot of re-gifters out there.

#3. …for all those nights when you pee the bed?

@FallonTonight When I opened my Christmas present from my boyfriend he had given me a mattress pad!! #WorstGiftEver

My now ex husband gave me a hose caddy for my birthday, really worst gift ever @FallonTonight #WORSTGIFTEVER

#1. I wonder how many years of therapy that took to shake. 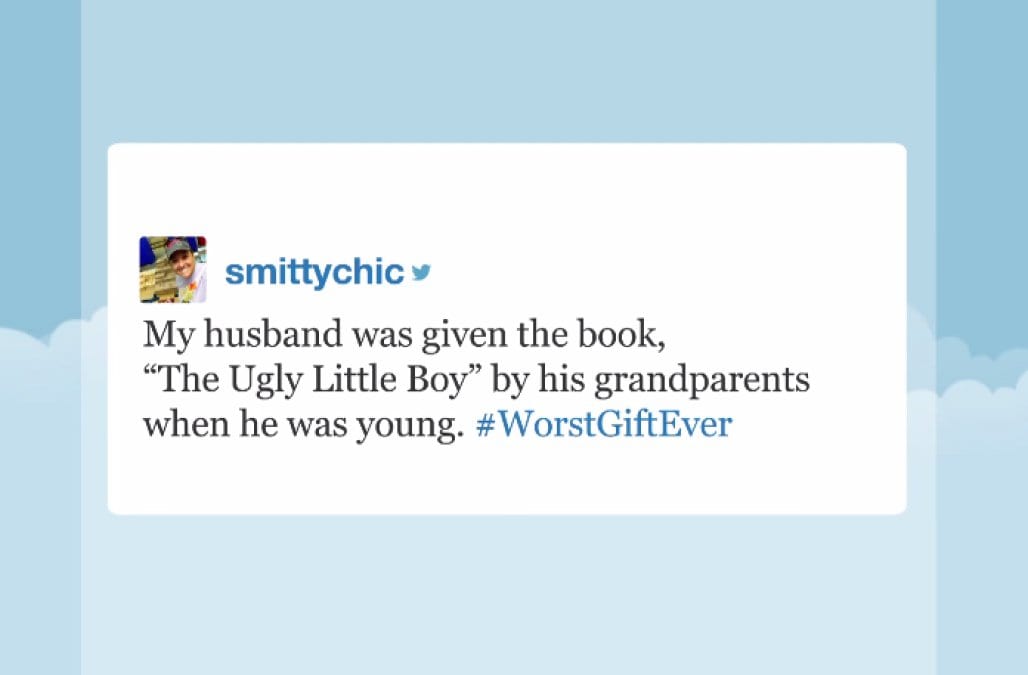