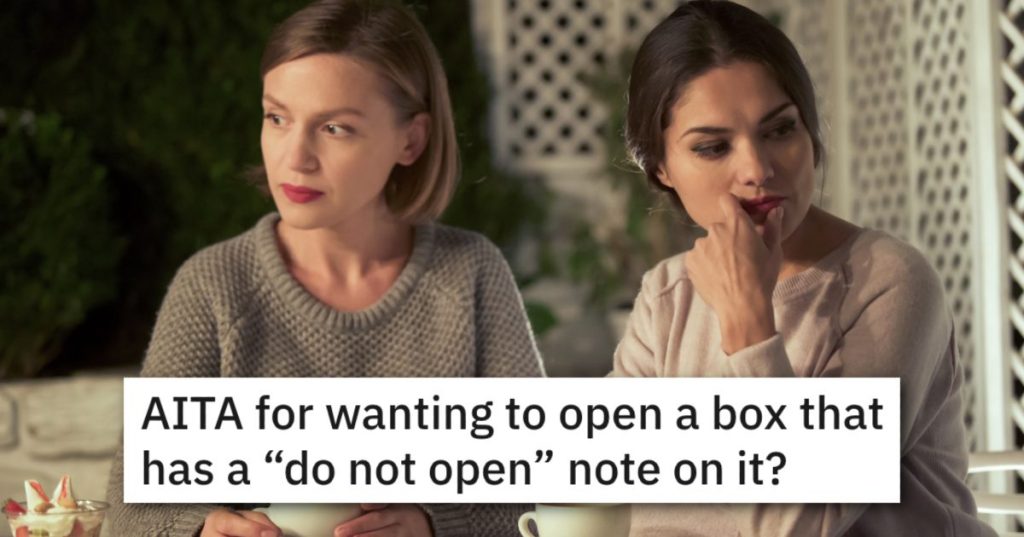 Would You Open A Box Labeled “Do Not Open” After A Parent’s Death?

If there’s one lesson that most of us don’t (thankfully) learn until later in life, it’s that navigating the loss of our parents can bring up all sorts of issues and feelings and just…a lot.

For this OP, it’s brought up feelings of favoritism toward her sister, and the idea that her sister was always closer to, or knew more about, their mother than she did.

After her mother’s passing, the (much) older sister was clearing out the house and being a bit secretive about it.

My (24f) mother passed away about a month ago. Since then my sister (39) and I have started to clear out the house. It’s the house we grew up in.

It’s obviously been difficult going through moms things especially because my sister is super protective over so many things. I think she would prefer to do it alone because she keeps asking me to not be “too nosey”.

Then OP found a box in the attic labeled “Do Not Open,” though, and the two of them got in a bit of a tiff about whether to respect those instructions or not.

Anyway, today I was going through the attic and found a metal box with a note on it that just said “Do not open”. I brought it to my sister and said we should find the key and try to open it and she became angry. She said I was disrespecting my mothers wishes etc.

I told her I didn’t think it was a big deal and we should open it. (I didn’t say this but it’s not like mom is around to care about her stuff anymore?) My sister insisted I put it back and not try to open it.

OP wanted to open it, her sister didn’t, and the stalemate once again caused OP to feel like the less-wanted sister.

Her and my mom were always a bit closer and had their own little secrets together. I guess because my sister is the firstborn? But I think she’s being too dramatic about a random box.

The top comment says definitely open the box. Mom is gone and whatever inside is just as much OP’s business as her sister’s. 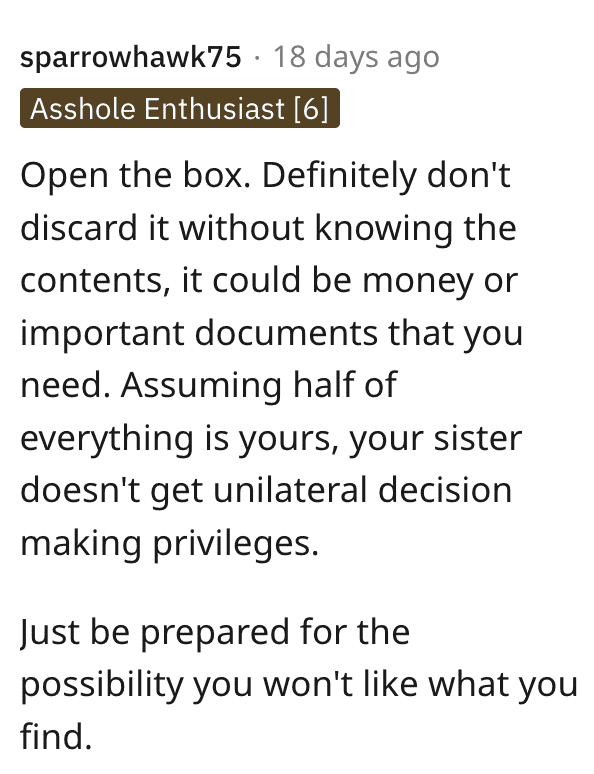 If mom was really keen on not letting the contents be seen, she would have thrown it out herself. 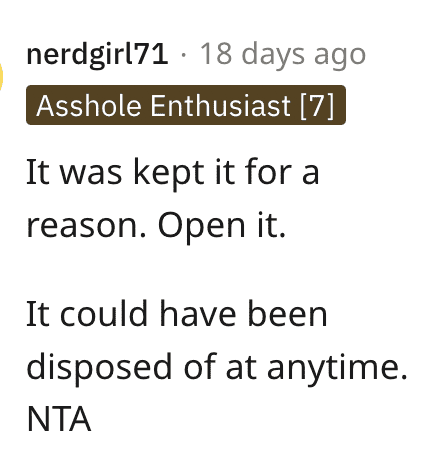 There’s no reason for the sister to know anything OP doesn’t at this point.

Most people felt like the sister was definitely hiding something as well. 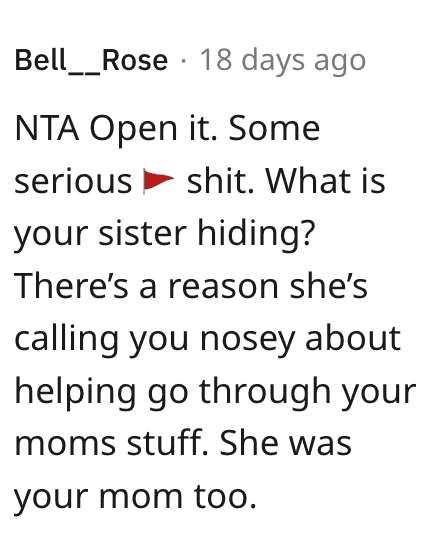 Everyone definitely had their own suspicions!

If you’re curious (and of course you are) she provided an update here.

Fair warning, it’s probably not what you were thinking and it’s honestly pretty sad.

Would you have opened the box? Let sleeping dogs lie? Let us know in the comments!