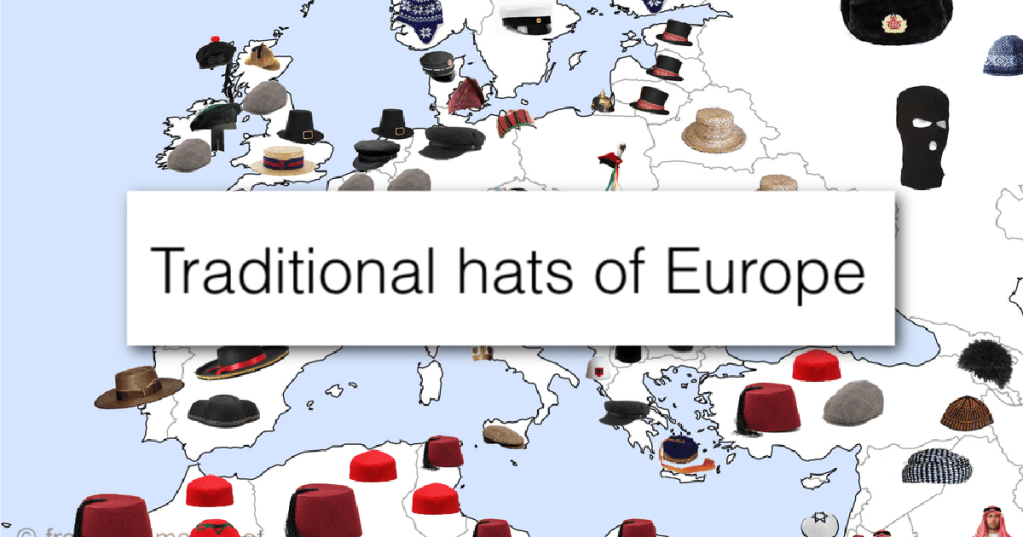 10 Cool Maps We Would Study For Hours

I’ve always thought maps were cool, even back in the day when they were just different maps of the world at large.

Now, there’s an entire subreddit that’s dedicated to mapping interesting and cool trends across the globe, and since there’s literally a map for everything you’ve ever wanted – and a bunch of stuff you didn’t know you even needed – I could honestly look at them all day.

Here are 10 that are going to take up the rest of my morning!

The grass is always greener, it would seem.

It’s a classic, I suppose.

Variations of the given name “Paul” from MapPorn

8. The uninhibited parts of New Zealand.

It really is a beautiful country.

No one lives in the green part of new Zealand,the population density there is 0 people per km and that is about 78% of new Zealand land from MapPorn

That little guy really made a trek!

If you don’t love this you don’t know how to have fun.

Traditional hats of Europe from MapPorn

You hate to even think about it.

Europe if the Sea Level Rose 100m from MapPorn

4. People who believe in climate change.

Percentage of people who trust climate scientists, 2020 from MapPorn

They have so much water!

Rivers of Italy from MapPorn

2. The number of cigarettes still smoked in a day.

Kind of blows your mind, doesn’t it?

Number of cigarettes smoked per person per day in European countries. from MapPorn

1. The number of people incarcerated per capita.

As someone from the States this is so eye-opening.

I honestly can’t pick a favorite, and now I’m thinking about everything else I want to see mapped.

Which one of those did you love the most? Tell us in the comments!