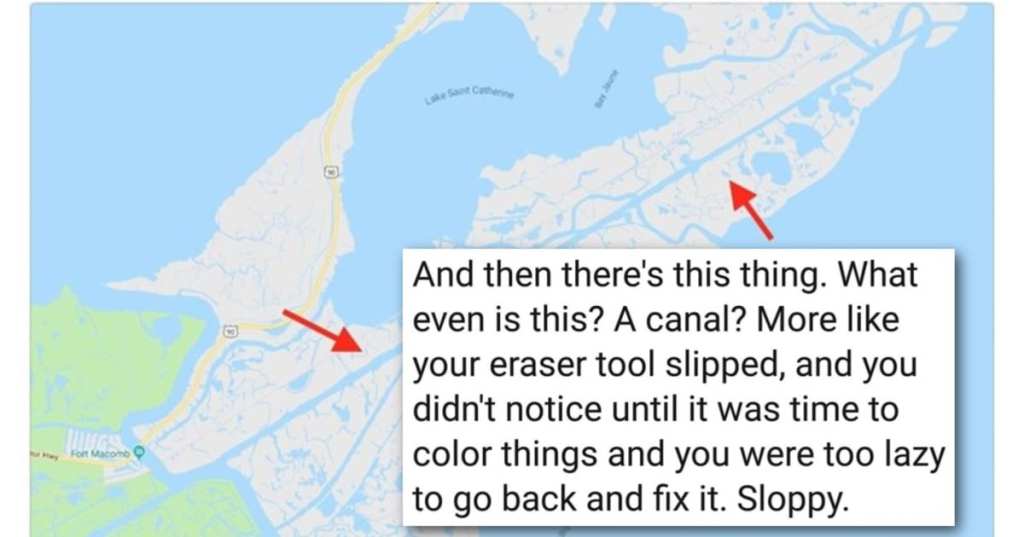 When you spend your life looking at fantasy worlds, it surely skews your sense of reality. So when you finally take a look at something that (supposedly) exists – like, say, the map of New Orleans, Louisiana – you probably expect it to make at least as much sense as something you’d make up for a world that came out of someone’s mind.

RPG creator James L. Stutter claims that if the map of New Orleans had come in from a freelancer as a submissions he would have sent it right back and told them to fix it so it made sense. 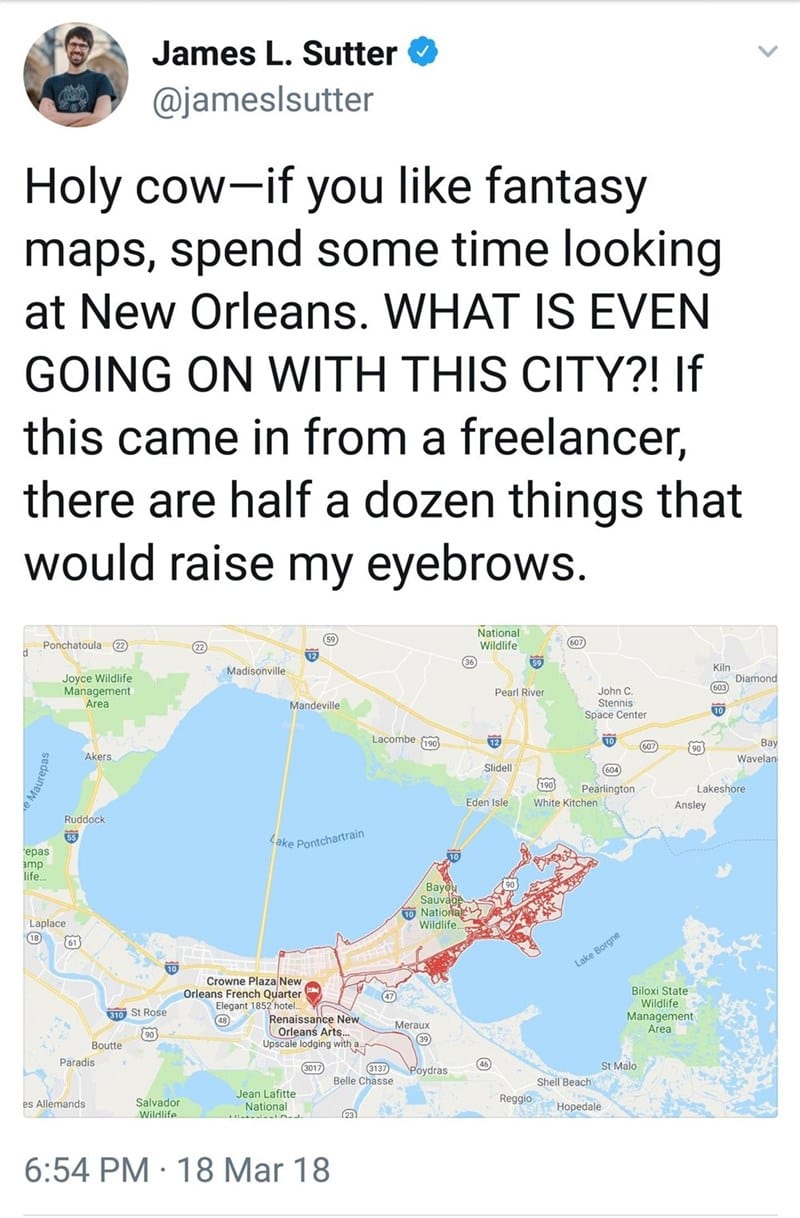 First, he has a problem with the Mississippi River, and how far South it manages to go before it empties into the ocean. 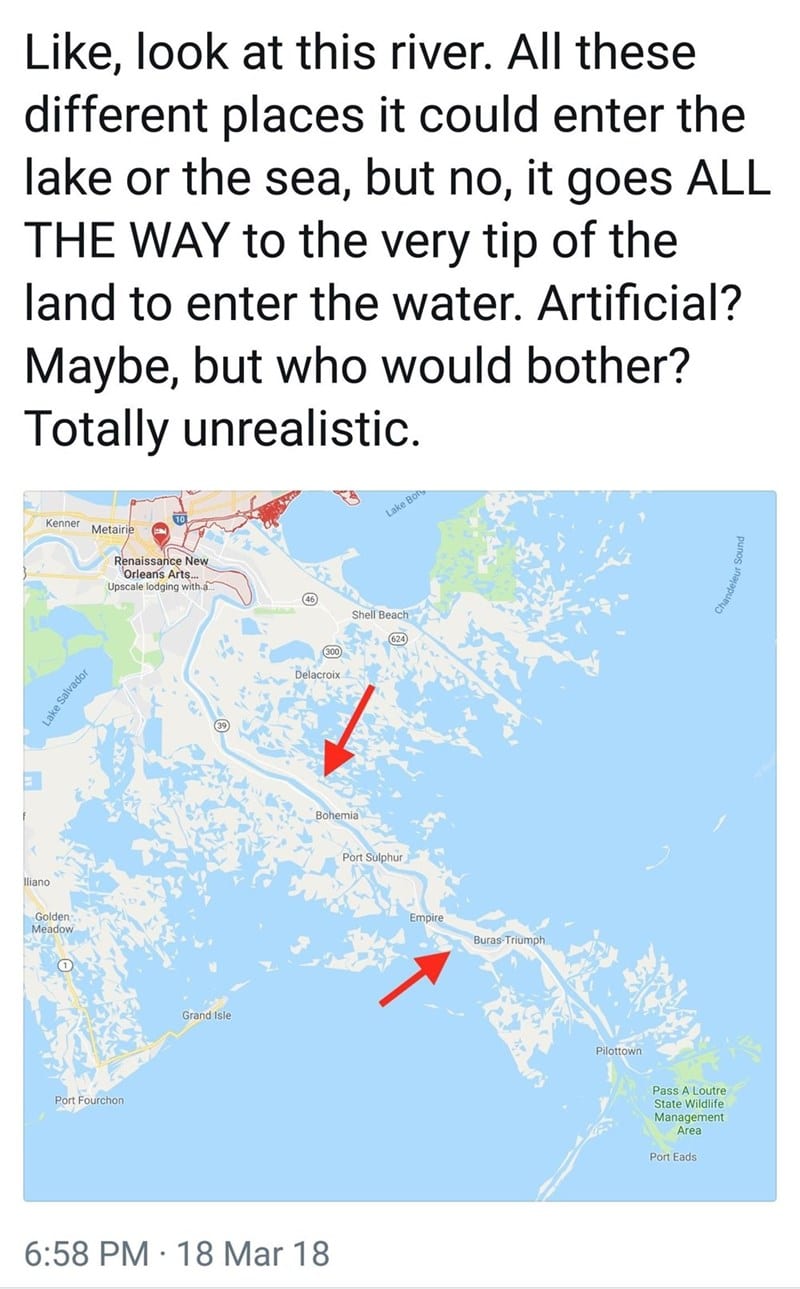 I think he’s underestimating the IQ of the American people.

And also how much we want waterfront property. 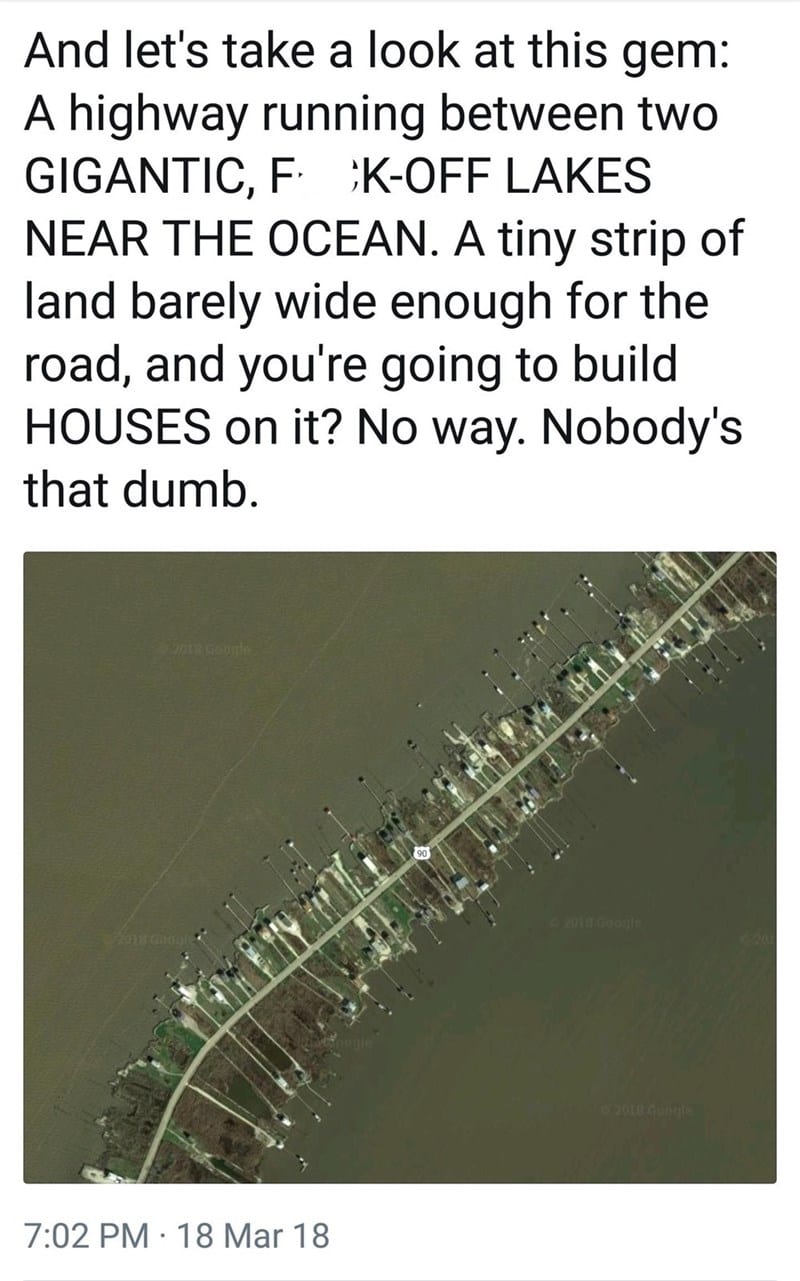 Is it too late to fix this irl? 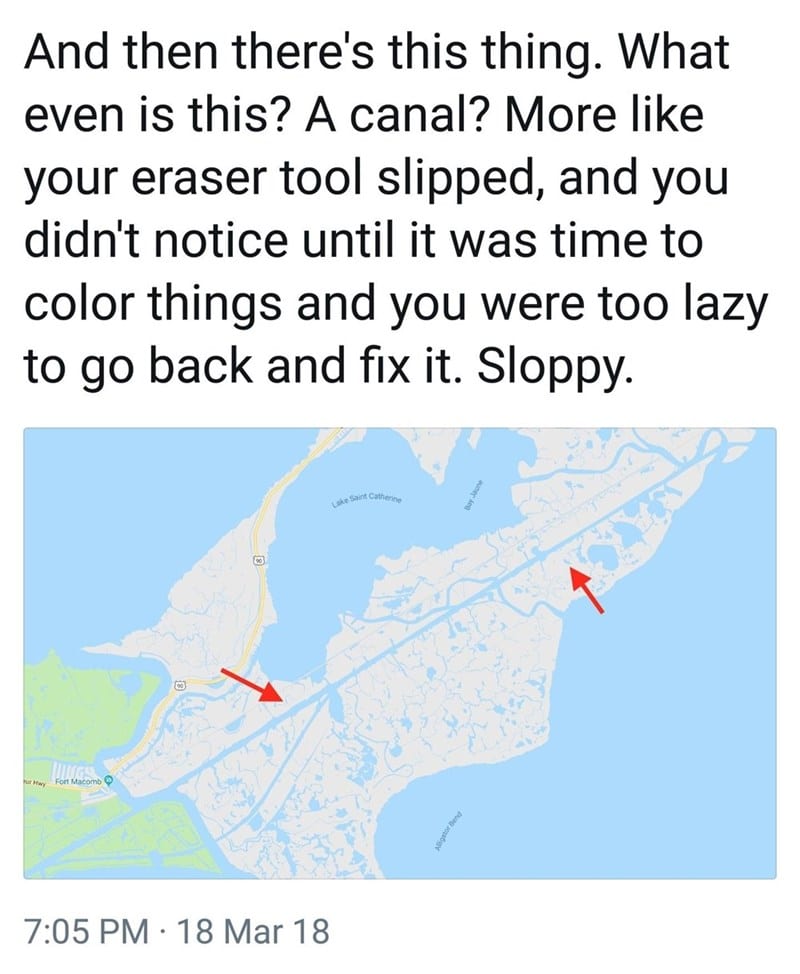 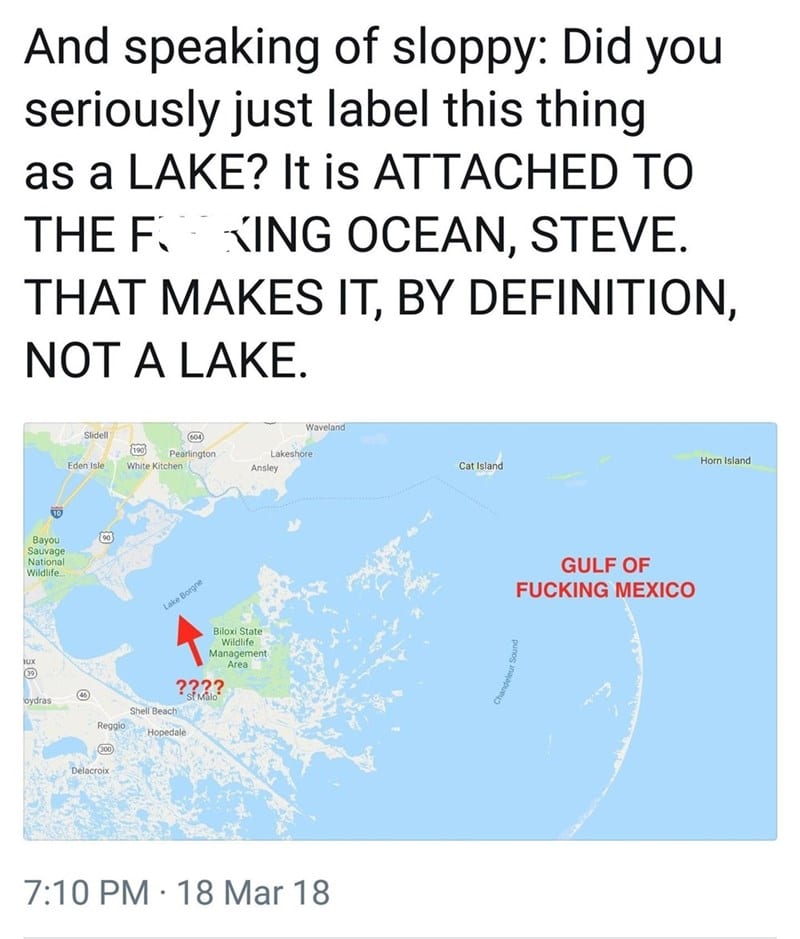 It appears there were some other options. 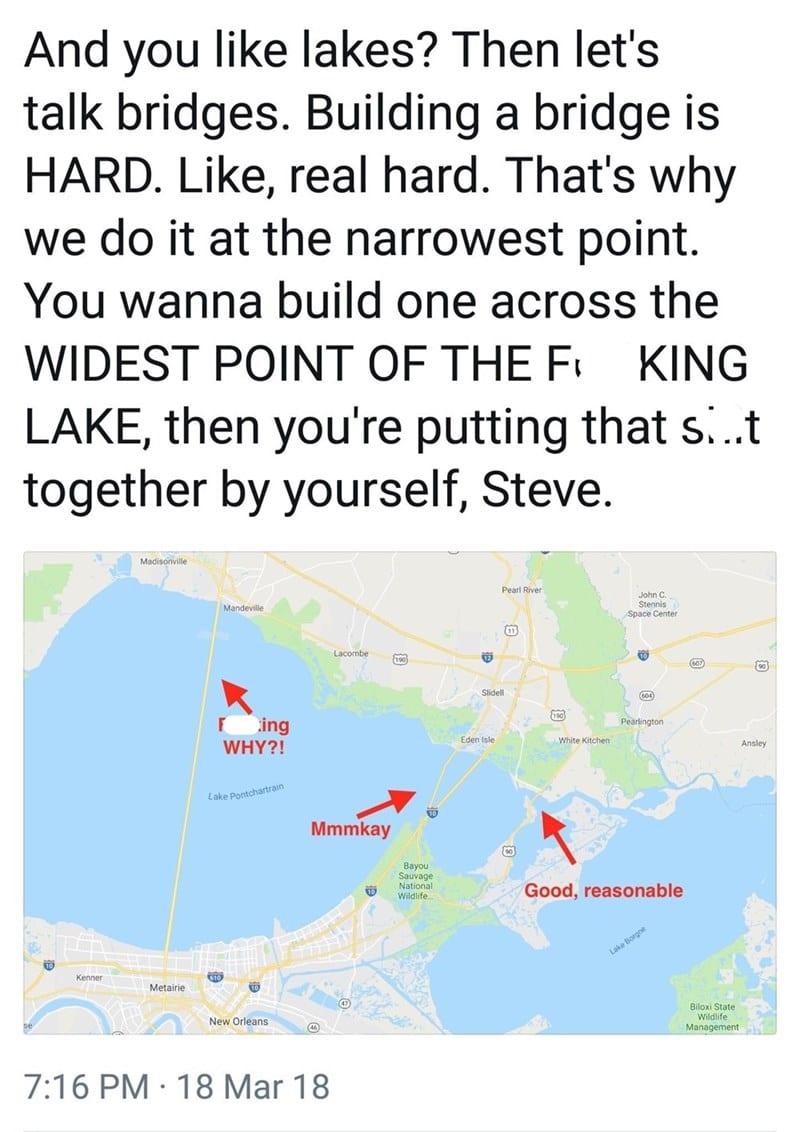 Come on, it’s so much more than a swamp! 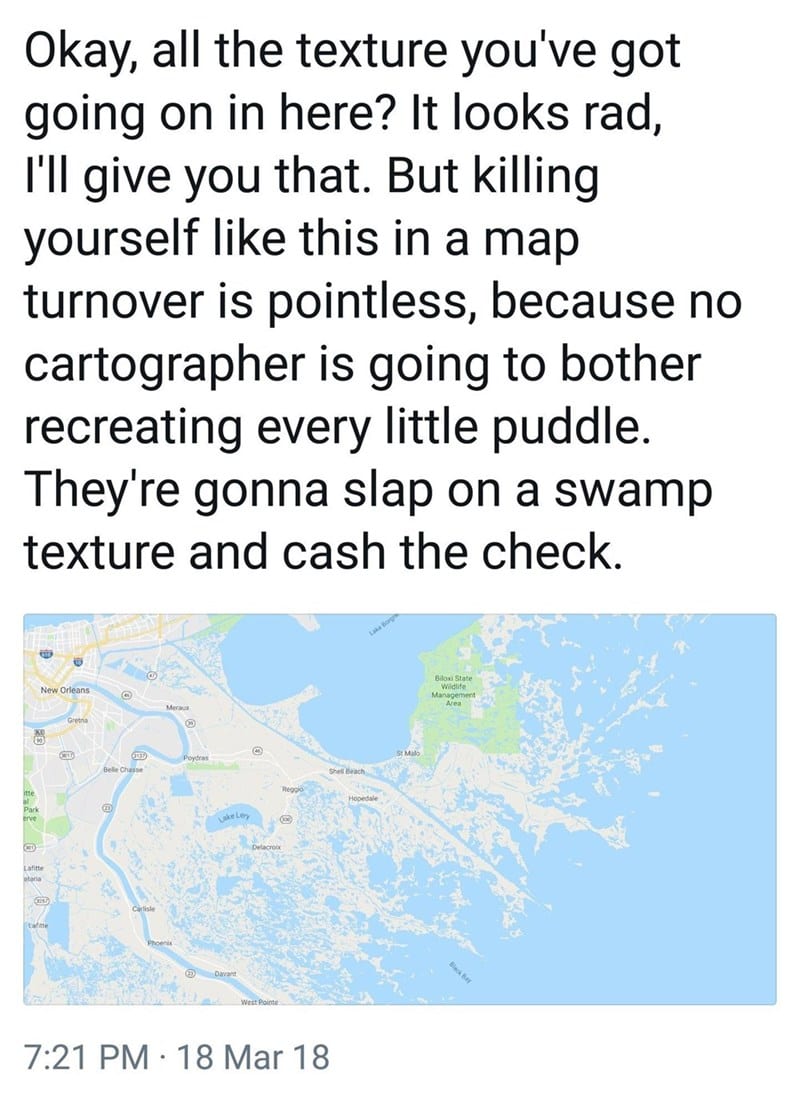 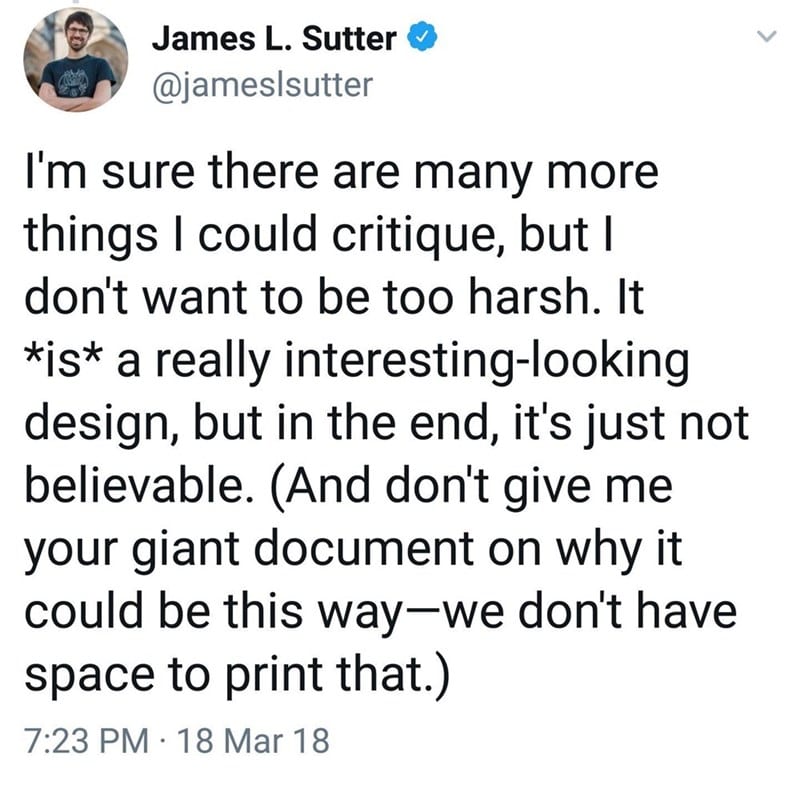 I honestly think it’s too late for this request, but it’s nice that he’s offering a re-submit opportunity. 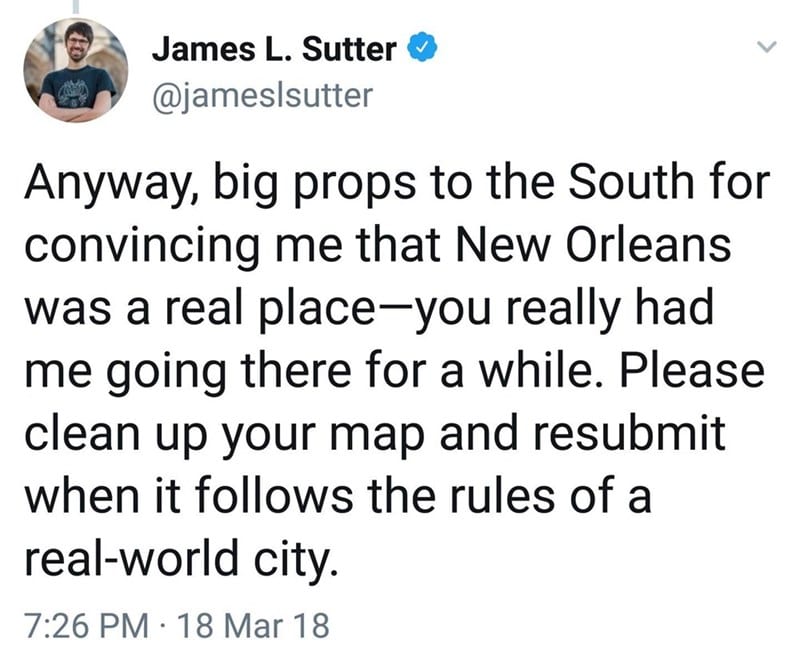 This is hilarious on so many levels, but mostly because if know anything about the people of New Orleans, they couldn’t care less whether or not their city makes sense.

In fact, they probably revel in the fact that it doesn’t.