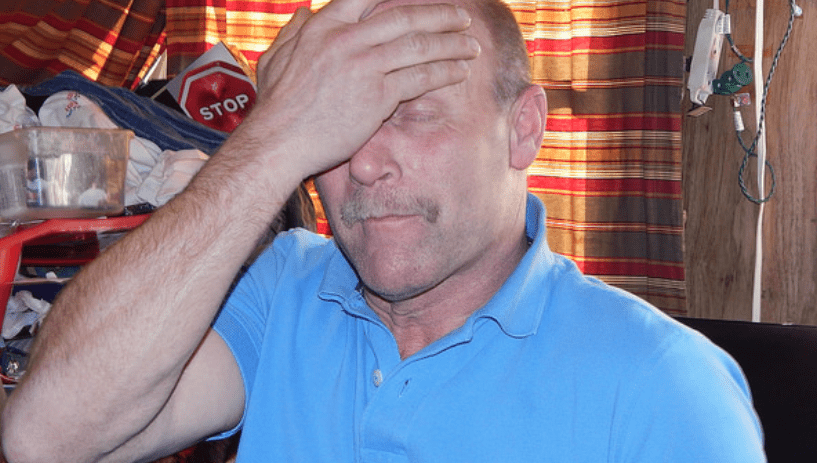 Life is all about the choices we make. It’s amazing to think that any of us can screw the whole thing up beyond repair in just the blink of an eye.

Folks on AskReddit shared unfortunate stories of people who f**ked up their lives in an instant. They are certainly some good cautionary tales in here…

1. That’s a lot of felonies

“A guy I used to work with told me his story when I asked him why he never drove in.

One night, he and his buddies got loaded at a club. As they’re walking out, he noticed that there was a limo sitting outside with the motor running and no one in sight. So he hops in, and tells his buddies that he’s going to joy ride it around the block. Unfortunately, he’s so blitzed he ended up crashing it into a light pole 100 feet away.

Pause and think about the charges that are already amounting…

So he gets out and starts to stumble away, at which point the officer who was waiting further up the block to catch potential DUIs runs down and cuffs him. Then he opens the back door and about 8 terrified high school students hop out. Turns out they were on their way back from prom and the limo driver had made the stop to swap drivers/shifts.

So, in the space of about 5 minutes, this moron was facing no fewer than 5 felonies, and almost 20 years later still doesn’t have a drivers license.”

“18 year old kid threw a brick through my stores front window and took off with $20,000 of cannabis. Ended up getting caught an hour later. He will probably spend 20 years in prison”

3. At least wait until it’s closed

“Dude, 3 idiots in Canada tried to rob a dispensary WHILE IT WAS OPEN, IN THE MIDDLE OF BROAD DAYLIGHT using nothing but a can of Bear-Mace. Which is actually not as potent to humans as Human-Mace. The shop-keep defended his store by hitting them with bongs. It was fantastic. But dude, that just goes to show you. Some people would rather just steal someone else’s things than do it yourself.”

“Drunk girl decides she’s fine to drive home. Not even a mile down the road, she crashes into another vehicle and kills three people.

She was celebrating getting accepted into med school. Went to prison instead.”

“A month after graduating, the valedictorian of my HS took his graduation money and savings and drove to California where he bought a ton of drugs back home and sell. Got caught coming back somewhere in Iowa. Got sentenced to 15 years in prison for felony drug trafficking across state lines, which makes it a Federal crime.”

“I was playing at a neighborhood friend’s house. Bunch of dudes riding around and whatnot. A kid wanted to do a flip off a ramp on his bike. He had no helmet either. Kid attempted it and screwed it halfway. Landed on his back with bike on top of him. Like you could hear the sickening crunch on impact.

We called paramedics. He couldn’t do anything except lay there crying. My friend’s mom didn’t let me go home while they were loading him in the ambulance and tried to keep us inside. Come to find out he’s paralyzed from the neck down.

I realize a helmet wouldn’t have done much, but it just kind of scared me watching them go by without one then see this tragedy unfold.”

“Had a guy get busted for drinking and driving during his first month at his new base (Air Force). He was a brand new Airman and his leadership spun the story that he was young, learned his lesson, etc etc and managed to let him stay in. He lost a stripe and got paperwork but could continue his career.

No less than a month later, he gets another DUI. Bam, career over, out of the Airforce, no chance to ever rejoin. Oh, and a bit of jail time and a suspended drivers license. So what do you think he does? He goes to a party, gets shit-faced drunk, grabs his keys and tries to drive home without a license.

Cops catch him. Third DUI within just a few months period, with a suspended license, resulting in several months in jail and basically no chance of employment. Not as bad as some of the stories here, but it was pretty crazy to see someone’s brand new career fall to pieces so fast, even with good leadership. Happened in Tucson, AZ.”

“Skateboarding without a helmet. Fell, suffered a traumatic brain injury, spent months in rehab and therapy, has seizures related to injuries. Successful mechanic, no longer able to work on machinery, which was his passion. Now lives in his very small hometown with his parents and has an unfiltered personality which makes building meaningful relationships almost impossible.”

9. Screwed up his life

“Way back when they didn’t have urinalysis testing in the Navy or any branch of service. That changed in 1982 shortly after I reenlisted. I quit smoking weed, we were warned of the probable consequences if we got caught after the first Navy wide test. One of my friends, a shipmate who worked directly for me decided to not take heed because he only had less than three months left before his enlistment was over.

He was caught on the next one and was given 45 days restriction and extra duty, loss of half a months pay for two months and reduction in rank.

“F**k them” I remember him saying as he smoked a joint on the pier 30 days later after he found out he had to take another urinalysis the next day.

Instead of doing his last two months then getting his Honorable Discharge he was out two weeks later with a Bad Conduct because he told the Captain to suck his d**k and threw a punch.

He was given a choice. Take the BCD or go before a Court Martial then off to Leavenworth for a couple years. Screwed up this life.”

“Graduate student in mathematics at UIUC, early 2000s. Crossed a busy street, got hit by a car and died. No drugs or alcohol or anything like that… probably got lost thinking about her research. Just like that, BAM. It’s over.”

“A guy I went to high school with was a welder doing work in nuclear subs. Good steady work, high paying, good benefits, etc. He was upset about a recent breakup and he wanted to go home, so he set the inside of the nuclear sub on fire.

Five firefighters injured, 17 years in Federal prison, and he owes the government $400 million $700 million (I guess it was raised after further review by the Navy). That’s a pretty big f**k up.”

“A dude drove up and tried to cut in front of several people in the drive-thru line of a Whataburger. A security guard approached and told him loudly several times to back off and go to the back of the line. Instead of going to the back of the line, the guy decided it would be a better idea to ruin the rest of his life for a burger. He tried to run over the security guard (who ran out of the way) to force his way further into the line. At this point I don’t know how he thought he was gonna get away. He had trapped himself in the drive-thru lane.

He never got his burger, and he sat at the window waiting for it until the police came and arrested him. If he wasn’t f—ed already, he made sure he was once the police arrived. He was extremely uncooperative and had a brief standoff with them. They had to tase him. I’m pretty sure he got a dui in addition to whatever kind of attempted assault charges they were going to press on him.

Oh, also, when they finally got him out of the car it turned out he was only wearing underwear.”

“There was a kid at my high school. Football player, funny kid, sorta dumb. We were seniors and ready to go off to college. He was going to play football at a school in the next state over. Then he got into doing “prank videos” and essentially posted videos of himself vandalizing stores, walking up to random people and saying stupid things to them, making messes in public places, etc. His college football coach found the page and kicked him off the team before he even got to college.

Since then, his insta page has been taken down, the kid isn’t in college, and I feel sorta bad but also, he’s so dumb. Why did he ever think posting videos of himself doing harmful “pranks” would end up well?”

“My friend’s sister was engaged to a great guy. His only flaw was he was too “tough” to wear a seatbelt. Crashed his car and died. A few weeks later she found out she was pregnant, so now she’s a single mother. So that’s at least 3 lives he f___ed up by not wearing his seatbelt.”

“Guy I went to school with about 10 years ago, set his house on fire for insurance money with the intention of getting out his stepfather but mercy killing his own mother who had terminal cancer. It was idiotic at best and evil at worst.

The problem was his stepdad never got out and he died too. And the cops could tell it was him because he had gasoline burns on his hands. So since he was 16 when he did he got double involuntary manslaughter and won’t be released until he’s 35.”