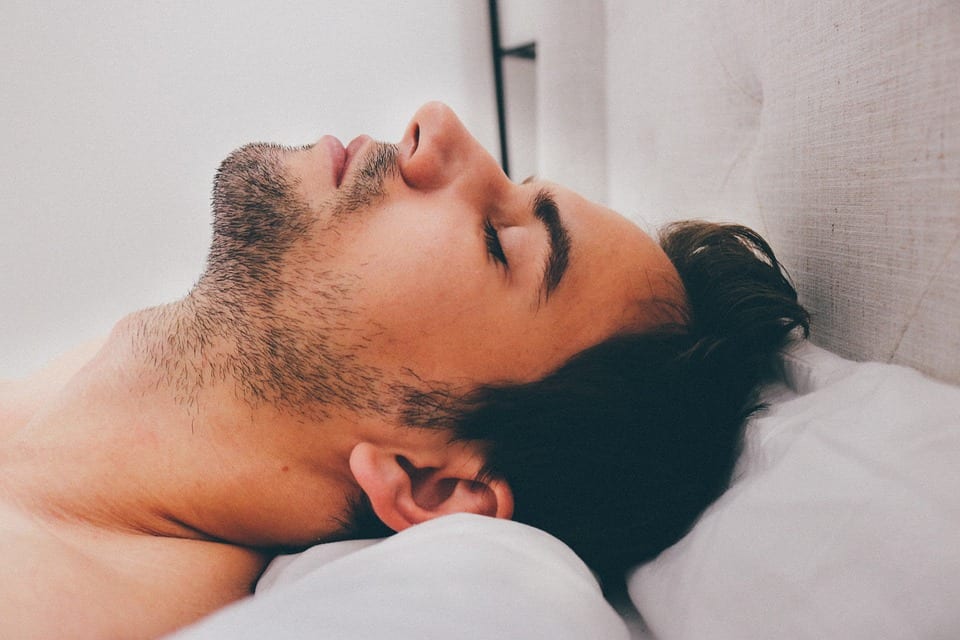 My brother is notorious for oversleeping and missing stuff. Like, important stuff. Weddings, flights across the country, you name it, he’s missed it. It’s a very sad state of affairs…

Anyway, enough about him. In this AskReddit article, people share their worst “I Overslept!” stories.

“Freshman year of college I was in an English class that met every day at 7:40 am (ugh). Probably such a bad time slot because it was a young interim professor teaching his first college class.The grade for the entire semester was based on a portfolio of papers you had written throughout, and there was no final test – the final was just to show up and give the professor your portfolio.

Now I was a decent sprinter but it was about 3/4 mile to the classroom so I knew there was no hope. I got up and throw on last nights clothes and sprint downstairs to consider my options; going along the road through campus and avoiding the central quad may save time. So I turned and went all out onto the road with a hope and a prayer and there was the professor with all the portfolios under his arm, waiting for the bus.

Bless your soul, interim professor whose name I forget.”

“In the military, promotion results were coming out the next day. I had hurt my shoulder at the gym and the doc prescribed me a muscle relaxer. He told me to take two but I was talking with one of the nurses I worked with and she said to only take one to see how I would react to it. I took it at 7pm the night before and woke up at 10am the next morning, the promotion results had come at 8am. I had a ton of missed calls and a lot of texts congratulating me.

My commander was looking for me to present my certificate to. I got there at 11am. Luckily, the nurse that I worked with had told them about the muscle relaxers, so I didn’t get in trouble. It was still very embarrassing and I will never forget it. Great way to show that I deserved the promotion.”

“I woke up in a cold sweat realizing I fell asleep with a massive term paper due that morning and I didn’t even start it because it wasn’t mentioned by the teacher – just listed in the syllabus, and my ‘somethings not right’ senses decided to wake me up on the day it was due at 4 am. And I legitimately threw myself out of my bed, full speed ahead…

Then my brain started to warm up and I realized that I am in a country 6,000 miles from my university. And that I graduated 5 years ago… and the professor no longer works there. (I googled it, just to be sure).”

“Last day of middle school, overslept the bus by 3 minutes, slip on all of my clothes and run out the door to try and make it to school on foot. The school is 2 miles from my house, almost entirely on an incline.”

“I was taking biology my freshman year of college and to this day it was my most difficult class. The professor was really great, the only thing he was ever strict about was the final. He made a huge deal about not being late. He repeated about ten times that if you were even a minute late to the final you wouldn’t be allowed in and you wouldn’t be able to retake it.

I made sure to be the good student that I wasn’t normally. I studied early so that I wouldn’t have to cram, I went to bed early, set my alarm, laid out my clothes… The whole nine yards.

Something happened to my alarm as it didn’t go off. I looked at my clock and had about two minutes until the final. There was no way I could get from my dorm to the class on time but that didn’t stop me from trying. I tore out of bed and just ran.

I showed up at the door in my flannel pajamas, hair a mess, no shoes, crying, and breathing heavily from running. I was like 5 minutes late. I just looked at the professor and before I could choke out the words between sobs he just looked at me and said “take a seat and calm down, finish the test when you’re ready.” I have no idea what I got on the final but I did well in the class and now have a fear of not waking up to my alarm for important events.”

7. With time to spare

“A few years ago I worked for a taxi/hire car company in a semi rural area. Amongst other things, one of my booked jobs was from Dept of Veteran Affairs – war vets got free transport to medical appointments, where they paid nothing but Dept paid the company.

My Saturday shift started 6.30am, cos by 7am I was supposed to be picking up an old man to run him to the hospital for dialysis. I woke up 6.40am and when I realized the time, I leapt out of bed. I had no time to drive to the depot and swap cars so I rang my boss in a panic “Hi boss, its alcoholicsnail, I slept in but i’m on my way in now… what do i do? I’ll go pick up X in my car if I have to!” and my boss is like “nah, you’re good, come in, grab the limo, the time they book for always factors in time to be early. Thanks for being honest.” So in the end, I got the war vet to his appointment with about 5 minutes to spare.

I miss those days, I had a great boss.”

“Woke up at 4pm for a 2pm exam. Got into the exam hall when everyone else was handing in their exams. I wasn’t allowed to write.

Begged over email for a chance to write the exam. They agreed with certain conditions attached: Exam would only be worth 3/4 of what it normally is and my final grade also capped at 70%. I finished and got 70% 🙂

Later went on to drop out anyway.”

“I was a working student at a very prestigious horse barn. We started at 7am every morning. 7 days a week.

I woke up one day and the clock said 7:56. i was literally screaming ‘S**T S**T S**T’ as i ran down the stairs in my pajama pants because i figured i would just wear them all day and die or something

I go back up to my apartment AND FORGET TO SET THE ALARM AND SLEEP UNTIL 10:30 INSTEAD I had to stat til 8pm mucking out one of the paddocks in the pouring rain that night.”

“At my first job, one night I forgot to set my alarm and overslept. I’d never been late to work before and was in tears, convinced I was going to be fired. My mom calmed me down and got me to work. No one even cared, so I panicked for nothing.”

“First period teacher in High School was an a**hole who made a big stink when students showed up late. Me being the timid student that I was feared this heavily, so I made sure to be on time to avoid the embarrassment. One morning I woke up and realized I slept in and had very little time to get to school.

I got changed in record speed and was out my door in minutes. The walk normally took about 15 minutes, I was at the front doors of the school in like 7 minutes, but the doors were locked…. it was Saturday… :(“

“I almost missed my college graduation because I had been up for days working on my final thesis. Graduation morning I was ready and was going to close my eyes for “20 mins.”

I woke up and graduation was in 10 min. Never ran so fast in my life.”

“My company had just merged with another company. No jobs were lost but it deemed the higher ups it would be a great idea to rent a bus and drive us all to a big expo (think European CES) to get everyone to know each other. Bus was to leave at 5:30am on a Saturday.

I had just moved out of my parent’s house and I am not a morning person. So out of fear of oversleeping, I set two alarm clocks, both out of reach requiring me to really get out of bed.

In the days leading up to that Saturday, I prepared as much as possible. Cleaned the whole house, made breakfast that Friday evening so I would require as little time as possible on that Saturday morning and triple checked my alarms were set. Colleague asked Friday if I could provide a ride for him as his car had broken down. He lived nearby so I told him no sweat, I’ll come pick you up at 5:00 am.

Don’t know how it happened but I woke up at 10:00am that Saturday morning, alarms still going off and a few missed calls from aforementioned colleague.

Not a good start after a merger. I dreaded the phone call to my manager, lol. In the end, it all worked out fine but I was really pissed at brain, haha.”

“I disputed a fine and was to present in front of a judge to explain it. I arrived 15 minutes late, hairs still wet and with mismatched socks. I was struggling to attach a tie too.

The judge was not impressed, rejected my dispute and gave me a sermon about punctuality. That oversleeping cost me 600 bucks and some dignity.”

“In November, I came an hour late to my security job, apparently I set my google home alarm at the wrong time. I felt bad because the person I relieve is really nice and her husband was waiting to leave also. To make things worse she told me the her other relief comes late often and one time he came an hour late and he kept calling dispatch saying that he is close by. I just started working there in October so I didn’t want to be that guy shows up super late.”

Honestly… is there anything weirder than when we hit the snooze button one more time, just to get 7 minutes of sleep… and put our entire career in jeopardy?

What has been your oversleeping situation? Let us know in the comments!