The 10 Most Powerful Pokémon in Pokémon GO Right Now

Want to rule your local gyms, but aren’t sure what the most powerful Pokémon are?

Well, I’ve got you covered because the numbers have been crunched and the top 10 most powerful Pokémon with the highest current CP have been revealed! Here are the most powerful pokémon in Pokémon GO right now: 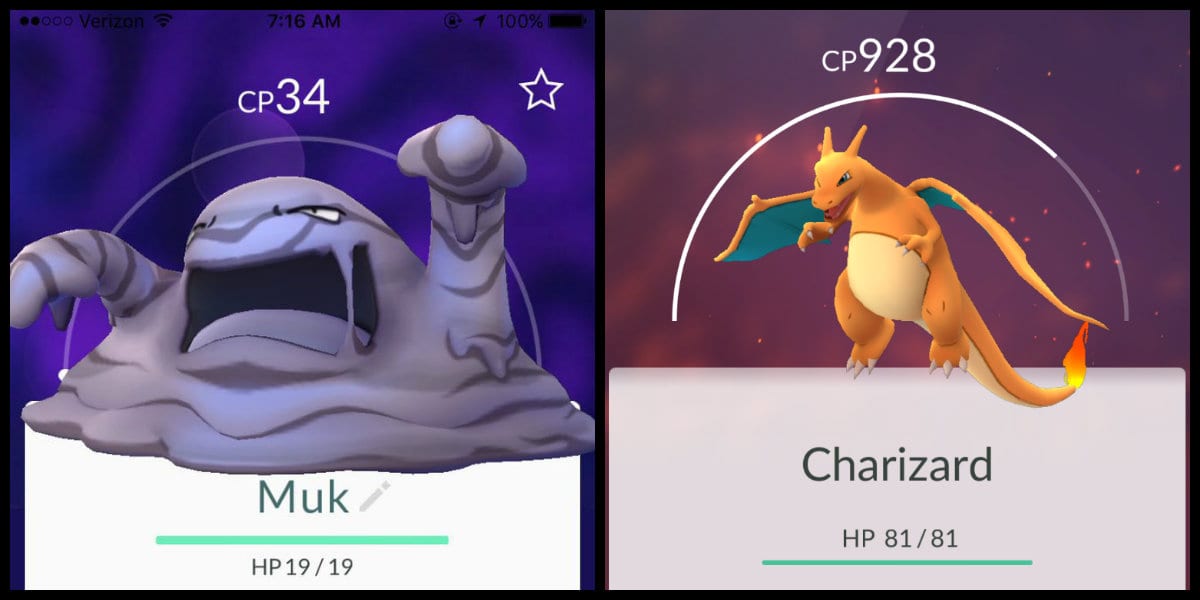 Muk is a Poison type Pokémon, is the final evolution of Grimer, and has a lot of great defensive skills with a 188 defense and 210 stamina – making it one of the 10 most powerful Pokémon. Bug, Fairy, Fighting, Grass, and Poison types are not very effective against these from a defensive standpoint. From an offensive standpoint, Muk is really only good against Fairy and Grass types, with a 180 offense, so it’s best to just keep this one in the gym to drain your opponent’s CP. 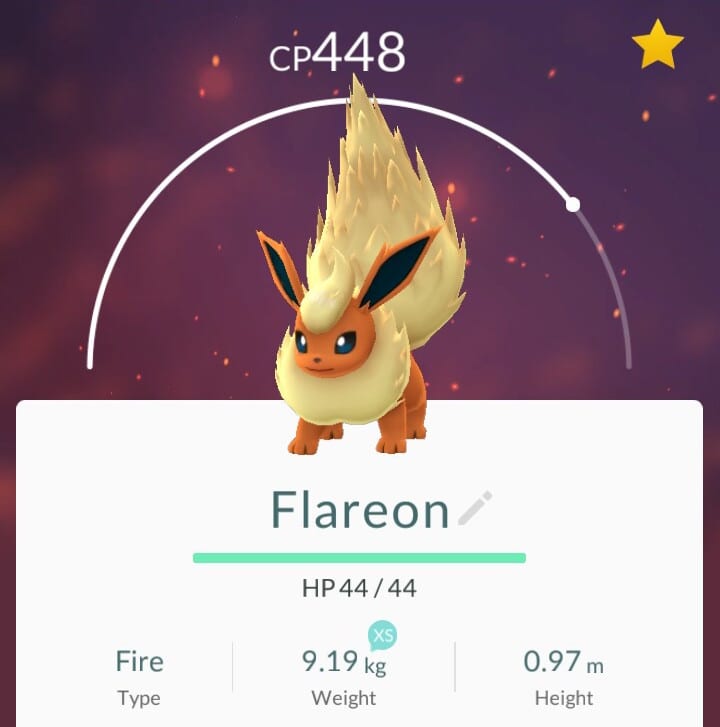 This evolution of Eevee is the second most powerful of the trio and has great combat skills because she’s so fast. Just remember to use her in fights where she’ll be useful, otherwise she can die very quickly.

And just in case you don’t know how to guarantee an Eevee evolution into Flareon, check out this post to find out. 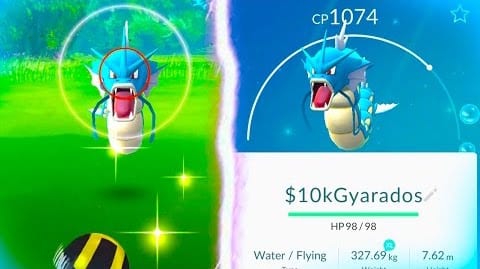 If you get one of these, it means you’ve caught A LOT of Magikarp since it takes 400 candies to evolve, the most in the game by far. It’s also one of the most powerful Pokémon (obvs), so I’m sure it was worth it. I mean, who doesn’t like candy? 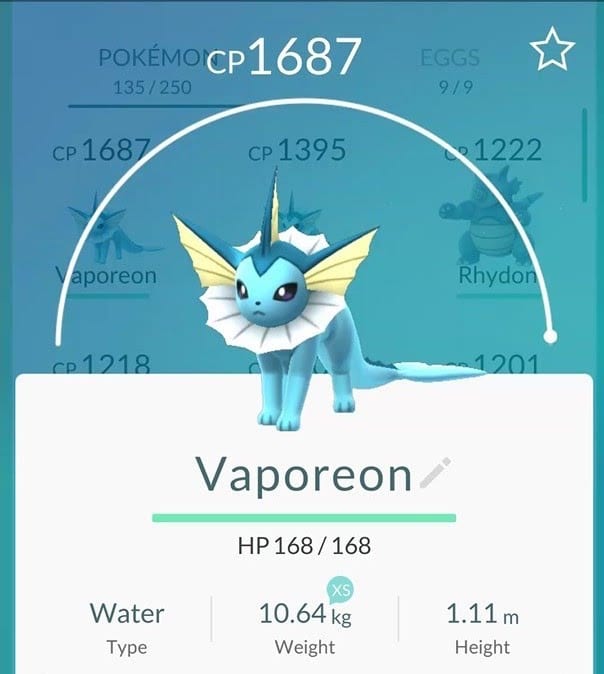 Vaporeon is the best of the Eevee evolutions and #6 on the most powerful Pokémon list. It has very fast attacks and offense of 186, as well as stamina of 260, so it makes a great gym attacker. 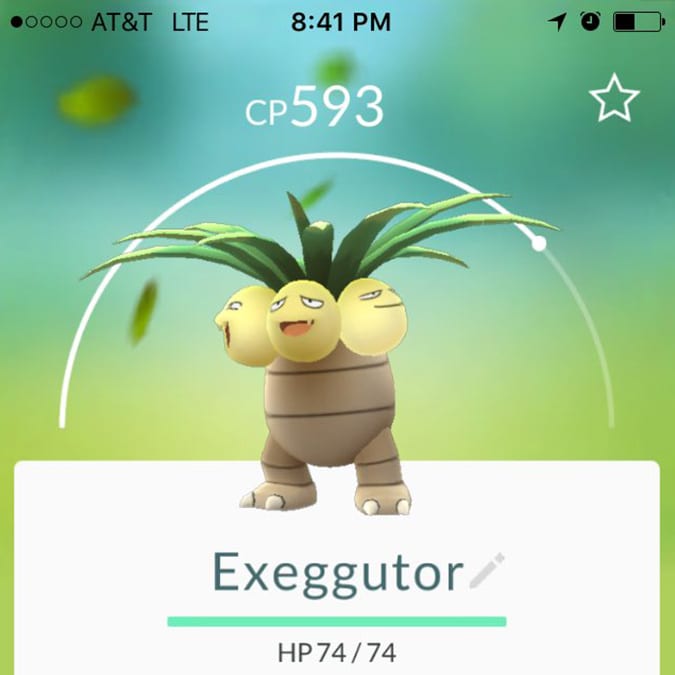 Exeggutor comes in both Grass and Psychic types and is a really well balanced Pokémon. His Psychic attack is effective against most Pokémon except Dark, Psychic, and Steel. His Grass offense isn’t very effective with Bug, Dragon, Fire, Flying, Grass, Poison, and Steel types. That’s a ton! Clearly you’ll hope to get the Psychic type. 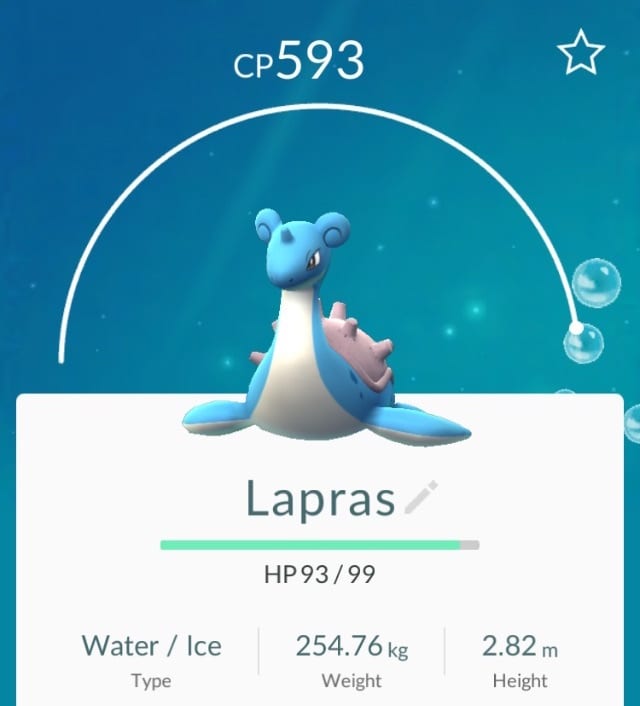 While he’s not a very fast attacker, Lapras has high health and is one of the best defensive Pokémon you can have at a gym. He’s a Water/Ice type, and his Water offense is the best since it’s effective against most Pokémon except for Dragon, Grass, and Water types.

Also, only Ice types aren’t very effective against Lapras’ Ice type defense, so you should hope for that Water type. Lapras has stamina of 260, offense of 186, and defense of 190. 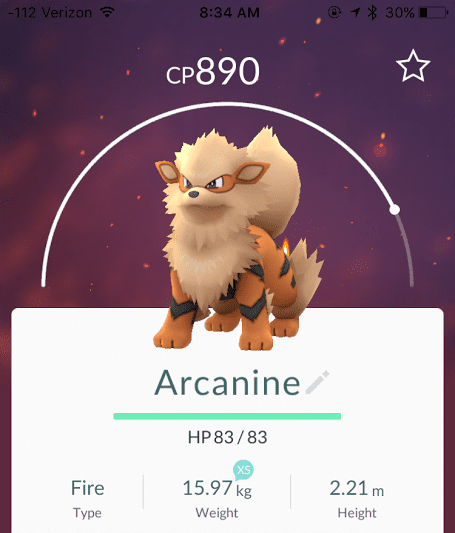 Number 3 in the most powerful Pokémon list is Arcanine, a Fire type that evolves from Growlithe. All of his moves are fast, powerful, and he’s great to attack any gym with given he has a 230 offense. He also has decent stamina and defense with 180 each.

Plus, look at that guy. He’s super cool looking. It’s like a tiger and a lion and a dog had a kick-ass bearded baby. 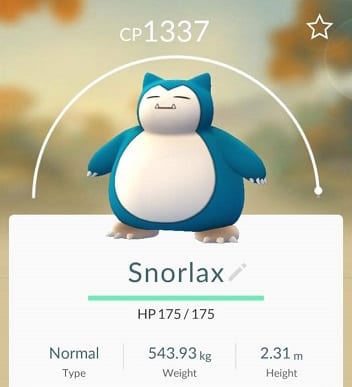 Snorlax has an insane stamina of 320, so he’s great to defend any gym. And with an offense and defense of 180 each, it’s tough bringing this sleepy guy down – making him the second most powerful Pokémon in the game.

He’s a Normal type Pokémon, so his offense isn’t super effective on any certain kind of Pokémon, and his defense is only very useful against Ghost types. The good news about all that is when it comes to Snorlax, you don’t really have to think too much about which Pokémon he’ll be good or bad against. He’s basically the most well rounded Pokémon in the game.

1. Aaaand… the number one most powerful Pokémon is… 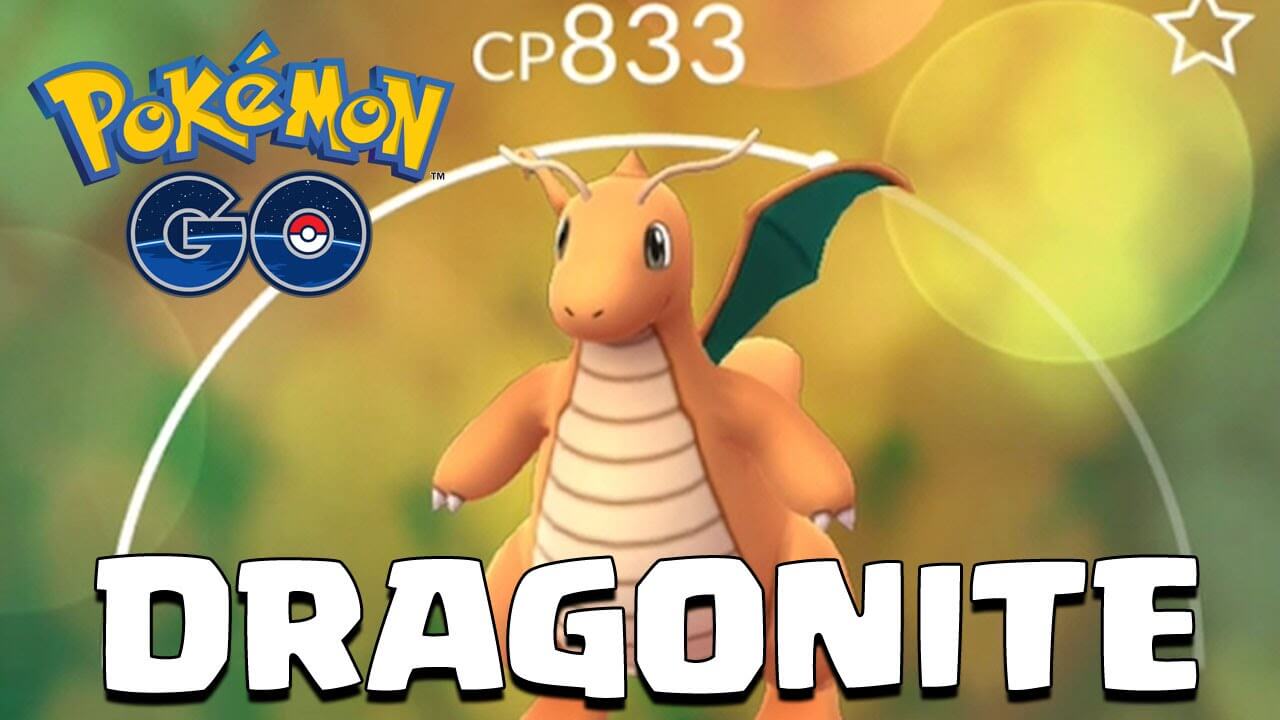 The most powerful Pokémon in Pokémon GO is Dragonite, which evolves from Dragonair and is the most desirable Pokémon you can have, at least until Mewtwo is released. And even then, Dragonite has a higher defense with 212 to Mewtwo’s 202. Also, with an attack of 250 and high stamina of 182, he can attack or defend any gym effectively.

Do you feel ready for battle now? I know I do! See you out on the street!

Also, check out our other Pokémon GO stories!