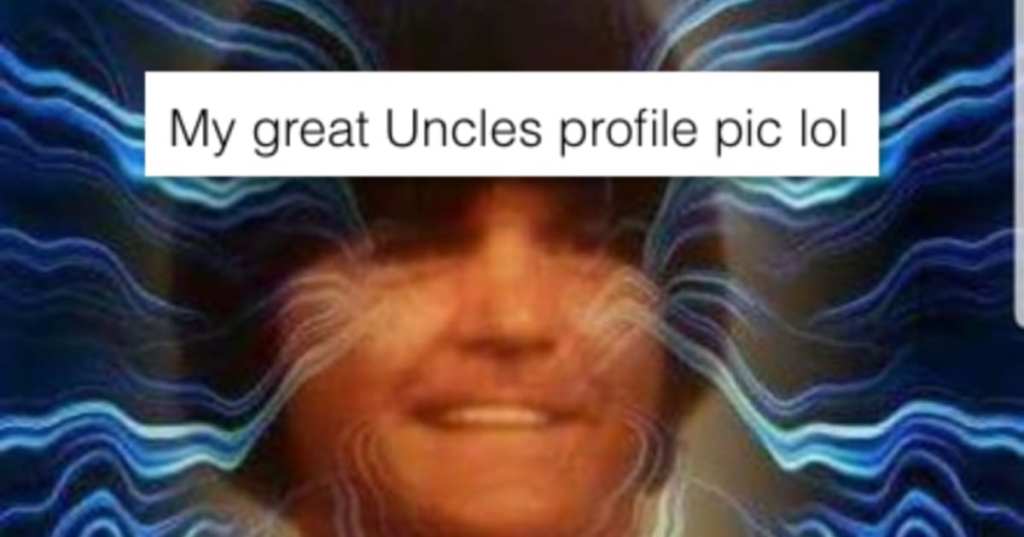 I know it’s funny to post our parents and grandparents gaffs on social media, but listen – I give them major props for trying to figure out the technical and social aspects of the internet at all.

I’m a late GenXer, and as someone who grew up both without the internet and with the internet, I think some days it would have been better had not figured it out at all.

These 11 people are trying, bless their hearts, and we thank them for making us laugh.

11. Some things you just can’t ask about.

It would ruin the magic.

Woke up this morning with a text from Grandma from oldpeoplefacebook

10. Where does one even find that background?

I need to know. For reasons.

Me and my grand children from oldpeoplefacebook

8. You could have called.

7. They definitely need some kind of Jesus.

I hope this helped.

BLESS YOU WALMART from oldpeoplefacebook

6. He definitely doesn’t deserve her.

We don’t deserve Debra from oldpeoplefacebook

5. It tells you everything you need to know about him, honestly.

So that’s a great use of social media I guess.

4. I bet the people at Walgreens have some stories.

I want to hear them.

My mom had this printed from oldpeoplefacebook

3. When you feel like you’ve entered the Twilight Zone.

It’s probably because you’re talking to someone who saw the original Twilight Zone.

2. You could believe either one.

On a review of an eye doctor’s office from oldpeoplefacebook

It will take less time to just do it yourself.

how my mom shops online from oldpeoplefacebook

What’s the funniest text or post you’ve gotten from an older friend or relative? Tell us about it in the comments!