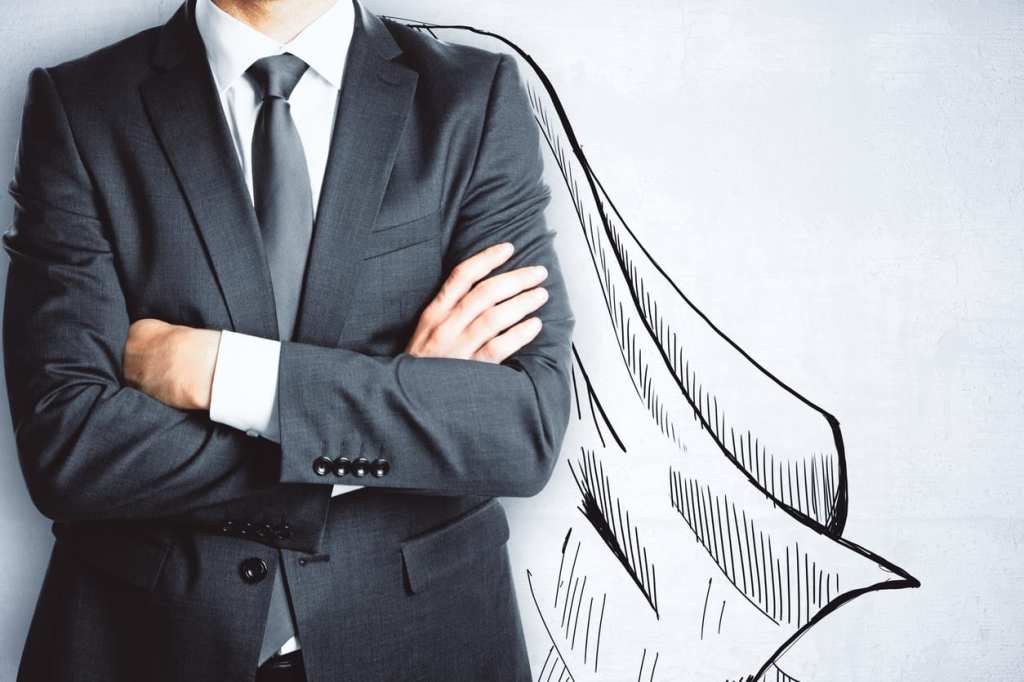 11 People Share the Unfortunate Stories of Meeting Their ‘Heroes’

Sometimes meeting the people you look up to isn’t all it’s cracked up to be. Sadly, people are just that…people. They will surprise you and probably disappoint you, no matter how famous they are.

These 11 people learned it the hard way – but at least they have some pretty interesting stories to go along with their life lesson.

1. Keep it in the memories

One of my earliest memories was meeting Batman. I was probably 3 or 4 and I remember my mom taking me to this big event and it was crazy and awesome. The Batmobile was there and we got to sit in it. I remember I had a picture of Batman and Robin signed. Best day ever! I’m 30 now and recently brought it up to my mom. I asked where it was we went that time. She explained to me that it was just a local grocery store promotion, Batman and Robin were just some old fat middle aged guys with a beat up old corvette that had cardboard “mods” attached to it. Apparently it was a pretty embarrassing display… I always remembered how amazing that day was but now that I know the truth it kinda ruined it.

Don’t feel bad- when I was a little girl my brothers and I met the Teenage Mutant Ninja Turtles at the bank. We were thrilled to death; recently found the photos and it was a bunch of obese men in green pajamas and plastic masks.

3. Not a hero anymore

When I was in 2nd grade, I thought Bob Feller (pitcher from the Indians back in the day) was the greatest thing ever. I read about him constantly. When Cleveland opened it’s new Jacob’s Field stadium, he was there signing autographs all day. I went to the exhibition game with my dad.

Around 10pm we were walking to our car in the lot, and my dad notices Bob Feller is like ten feet away walking with some guy. He’s like – Do you want to ask him for an autograph? So I go over there, this tiny little white haired blonde girl, and I was like “Excuse me Mr. Feller, can I have your autograph?”

He turns to me and is like “God damnit, no. I’ve been signing autographs all day, I’m not signing another one, jesus christ.”

I didn’t know what to do so I just kinda froze and walked back to my dad and teared up. My dad was so sad because he knew he was my hero, so he took the paper from me and was like “Mr. Feller would you reconsider? She’s 8, she reads about you every night, you’re her hero.” He was like “Give me the god damn paper!” Signed his name real quick, and my dad thanked him so much and walked back to me to give it to me. He was like “Here honey!”

Loud enough for Feller to hear (which was an accident lol), I was like “i dont want it anymore.”

After telling that story here and there I found out apparently he is a huge dick and has a reputation for being constantly nasty. Oh well.

This one is a little different. Louis CK played a show at a theatre I was working at once. After the show I was chucking some bags of garbage into a dumpster in the alley way and he came out to get some fresh air. I noticed it was him but tried to play it cool and just nodded and painfully tried not to acknowledge him since he was probably trying to have some quiet time to himself.

So I just keep focusing on what I’m doing. Taking out the trash. But then a bag ripped open on me mid swing and scattered shit everywhere. He piped up and said “Well thats a bummer.” Then headed back inside after giving me a ‘good luck’ nod and a brief moment of eye contact. I really do know he meant the bag ripping open, but it felt like letting a parent down at the time.

Don’t meet your heroes, not because they’re all assholes, but because you will probably only let them down.

I met one of the artists from ZZ Top at a super nice hotel in Louisville. Wasn’t a big deal to me but was to my cousin.

My cousin asked, “I’m sorry to bother you, but may I get an autograph? I’m a really big fan!”

The one Z replied “Sure thing, let me run up to my room really quickly and get the rest of the guys.”

We watched him go up to the room and waited for a little over an hour. My cousin cried.

Fuck that Z in particular.

Wasn’t really my hero, but I met Billy Mays awhile back when he was visiting a local Giant Eagle grocery store for some reason or another. I think they had the money for him to come in and plug some product in-store.

Anyway, my mom worked at this particular Giant Eagle and she met him before I came into work. She had him sign an autograph for me before begging him to do her a favour.

That favour was charging in my direction down an aisle shouting “CLEAN YOUR ROOM, MANGIYKO”. Funny and a great memory thinking back on it, but I nearly shat my pants at the time.

I went to an event with “Salem” from Sabrina the Teenage Witch as the special guest when I was like seven. It turns out, there were multiple Salem cat-actors. For some reason, this really devastated me. After that, I’d always try to point out the inaccuracies of the cats within a scene…to make me feel better, my aunt got the producers of Wishbone to write and confirm that Wishbone was a single dog, actually named Soccer. This did make me feel better, and Wishbone is a universally better show.

ETA: Obviously, a realized there was also a robot cat. I was seven, not a total idiot. ETAA: If you’re a fan of Wishbone, read this.

Years ago, my chemistry teacher attended a Science Olympiad convention (a national after school science club) in Chicago I believe. He stayed at a hotel on the top floor. As he was traveling down the hotel in an elevator, in walks Bill Nye. My teacher, wearing his SciOly shirt, essentially screaming “I am science!” filled with joy and was about to say “o-oh, you’re Bill Nye,” when, before he could even begin, Nye doubled shushed him. And my teacher spent the entire hotel height-wise elevator trip in an awkward silence. To this day, whenever a kid asks if Bill Nye is still alive, my teacher always assures that he isn’t. Isn’t to him.

I was dying to meet Jason Momoa and I finally got the chance to at an after party for a indie movie he was in. It was at a small venue in LA with some bands playing.

Jason walked in and few people started talking to him; once they passed I bought a beer and approached him. I gave him the beer and asked how his night was. He was kinda drunk already from the look of it, but he pounded the beer without saying anything. I wasn’t too sure what to think so I got more to the point and asked if it would be cool to get a pic. He leaned into my face and said, “Tonight isn’t about that. Tonight is about me.” and walked away.

Not even 5 minutes later he was taking pics with some other people across the venue and signing some autographs.

Aquaman owes me a beer damn it.

I know it’s a different Battlestar Galactica but I was peeing at the far left urinal and who is on my right (note the middle urinal) is Col. Saul Tigh himself, Michael Hogan. I see him in my peripherals and double take from peripherals to full head turn.

I say, “You were great in season 3. Some of the best sci fi on television ever.”

I finish up. “I’d offer to shake hands but that’d just be weird.”

He laughs it off. I turn around and head to the sinks then return to the commissary to tell my friends just what happened.

Great experience but if I were to stay to “never meet your heroes theme” I guess I could criticize him for taking the middle stall.

Neil Armstrong. For a while I worked for Congress, specifically the Committee on Science, Space, and Technology right around the time the shuttle program was being defunded. Met a whole bunch of the astronauts, all of them seemed like incredibly nice down to earth people. If you only went based off of his public persona, so is Mr. Armstrong. But take the camera away, and he was one of the most vicious, condescending, cruel men I’ve ever met.

At the same hearing was Eugene Cernan, who after Mr. Armstrong said some something particularly petulant to a female understaffer, turned and loudly announced, “Wow Neal, we always joked that you were the first man on the moon because no one on Earth could stand you! Proving us right, yet again, eh?” It totally dissolved the tension that had built in the room, and actually shut up Mr. Armstrong. Ended up chatting quite a bit with Eugene after that, super cool guy.

Edit: Yes everyone, you are very clever in pointing out my pun. You are also definitely the first, I promise there aren’t a dozen others that already did. 😀

Check out these other Did You Know reads: