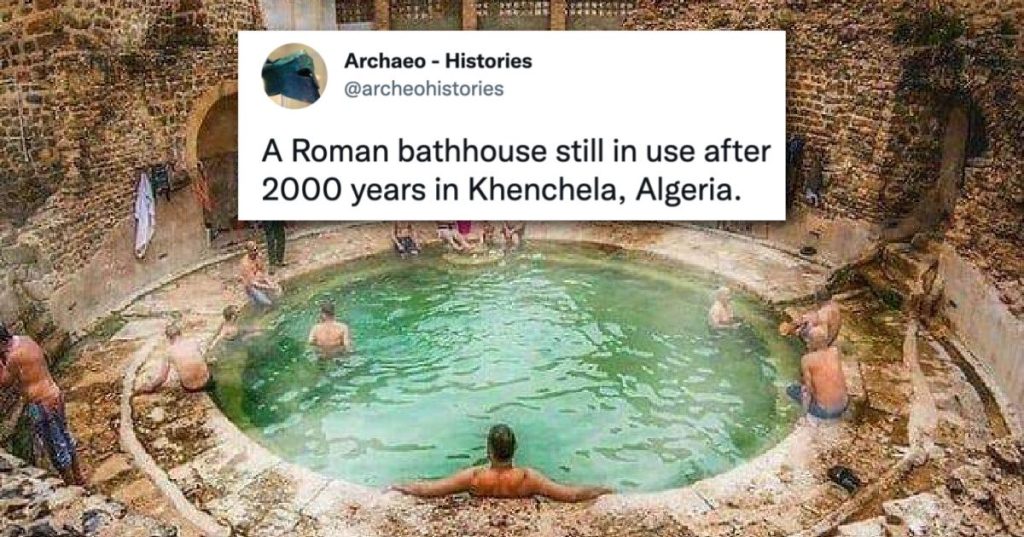 If you, like me, are obsessed with all things history, then you know that the internet is an especially magical place. There are facts everywhere you look, and experts on just about every niche you can imagine are lurking right out in the open and happy to share their knowledge with whoever wants to listen.

So, without further ado (because I know you’re excited), here are 11 super interesting facts for my likeminded nerds!

11. An invention born of necessity.

People will find a way to make the world work for them.

10. I would love to see that in person someday.

Trees are the absolute best.

In china's Zhongnan Mountains, every fall, a tree more than 1,400 years old turns its green leaves into bright yellow and covers the earth to look like gold.#archaeohistories pic.twitter.com/3ogq0XiuuH

9. Why haven’t we all been doing this all this time?

Japanese have been producing wood for 700 years without cutting down trees. In 14th century, daisugi technique was born in Japan. Daisugi provide that these trees will be planted for future generations and not be cut down but pruned as if they were giant bonsai trees; pic.twitter.com/xszn7CFyRs

Pretty much all at once.

A comparison showing the jaws of an ancient Megalodon shark (that lived approximately 23 to 3.6 million years ago), compared to a modern day Great White.#archaeohistories pic.twitter.com/TNYM9USGhX

7. I could never do this in a million years.

I could never even have the idea, if I’m being honest.

Veiled Virgin is a Carrara marble statue carved in Rome by Italian sculptor Giovanni Strazza (1818–1875), depicting bust of veiled Virgin Mary.
Exact date is unknown, but it was probably in early 1850s. Veil gives appearance of being translucent, but in fact is carved of marble. pic.twitter.com/LyxiuDXyUT

6. The Romans built things to last.

It’s really amazing when you think about it.

5. It makes me sick to think about this being knocked down.

I’m so happy it was saved.

A medieval Norwegian stave church, built in 1180. The church was closed in 1868. It was purchased in 1877 by the National Trust of Norway … thereby saving it from demolition. It is now a museum.#archaeohistories pic.twitter.com/a9m7x2ZSxe

4. Artists are so amazing.

I could never do this in a million years.

A highly used example of shadows in a mosaic, Gary Drostle's Koi Fish mosaic "Fishpond" used both types with a striking effect. Shadows in this design are used to give fish shape and realism, while 'shadow shadows' are used to connect them to the lake. pic.twitter.com/7TarRM1vAz

3. It kind of takes your breath away.

The entire look is pretty surreal.

2. Can’t have all those babies dying.

A fabric womb, dated 1760.
In 1759 king Louis XV commissioned pioneering midwife Angélique du Coudray to teach midwifery to rural women to reduce infant mortality. Between 1760 to 1783, she traveled rural France and it is estimated that she trained 4000 students during that time. pic.twitter.com/aYF6L8Aqfs

I hope it has some babies really soon.

2000 year old seeds were discovered in 1963 inside an ancient jar in Israel. They were planted in 2005 and a tree that had been extinct for over 1800 years sprouted.
Judean date palm was sole representative of his kind, Methuselah’s variety was reportedly wiped out around 500 AD. pic.twitter.com/5ezktsIUfb

I don’t know about you, but I’m feeling smarter already!

What’s your favorite source for random and interesting facts? I know we’re all dying to keep the fun going in the comments!