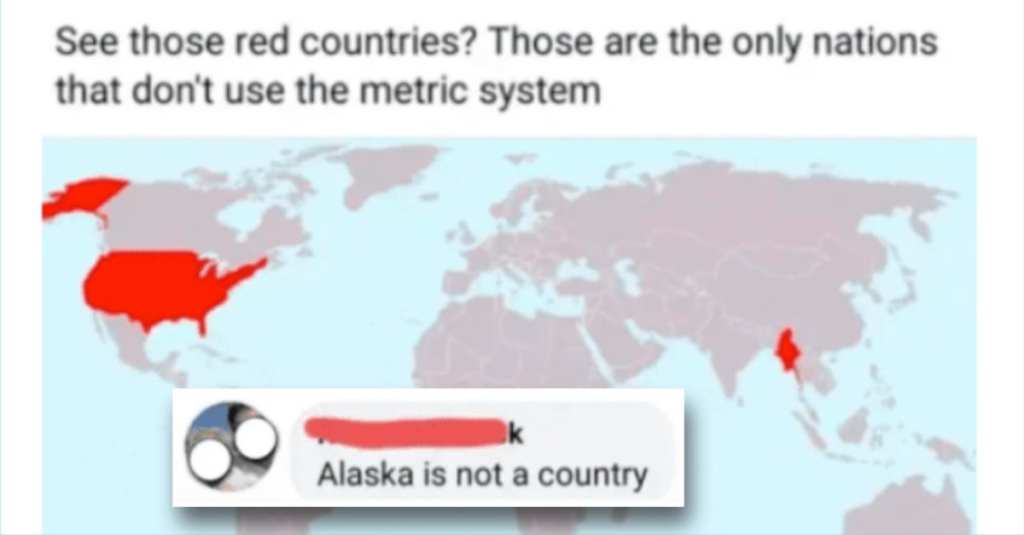 12 Americans Online Who Made the Rest of Us Look Dumb

Sure, we all know that you can’t judge an entire group by the actions of one, or even a few, but stereotypes and assumptions can also be adopted because, you know…they’re more common than average.

And these 12 Americans are definitely not making the case that most of us are smart.

Quite the opposite, really.

12. Are they…are they serious?

They know it’s a name, even!

“Why do you capitalize the ‘h’ in Hitler?” from ShitAmericansSay

11. The cringe is even harder when you’re trying to correct someone.

No, but it’s part of a country. Bless your heart. 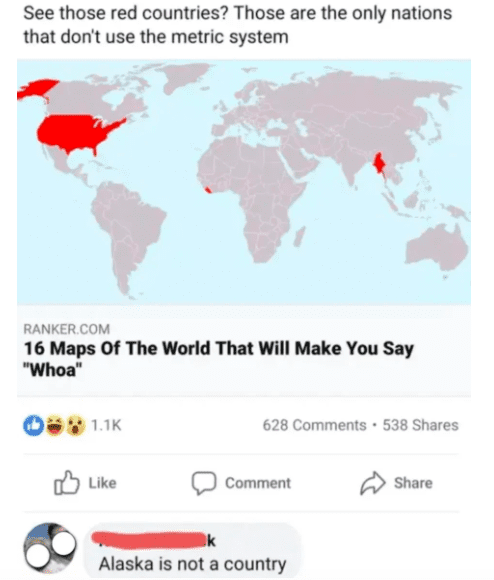 And all of these people are going to miss out on Parasite.

"Give my money back it’s not in English!" from ShitAmericansSay

9. I don’t understand the numbering system.

Are those points? Or?

Countries with freedom from ShitAmericansSay

8. IF ONLY we had a border with Italy.

I mean, Mexico is nice, too.

The call is coming from inside the house.

"Jack can keep his mask!!!!!!! We don’t want anything from 🇨🇳. Made in the USA only. #MAGA" from ShitAmericansSay

6. They tried to come back from a serious burn with dentists.

I love my teeth but that isn’t going to do it, sir. 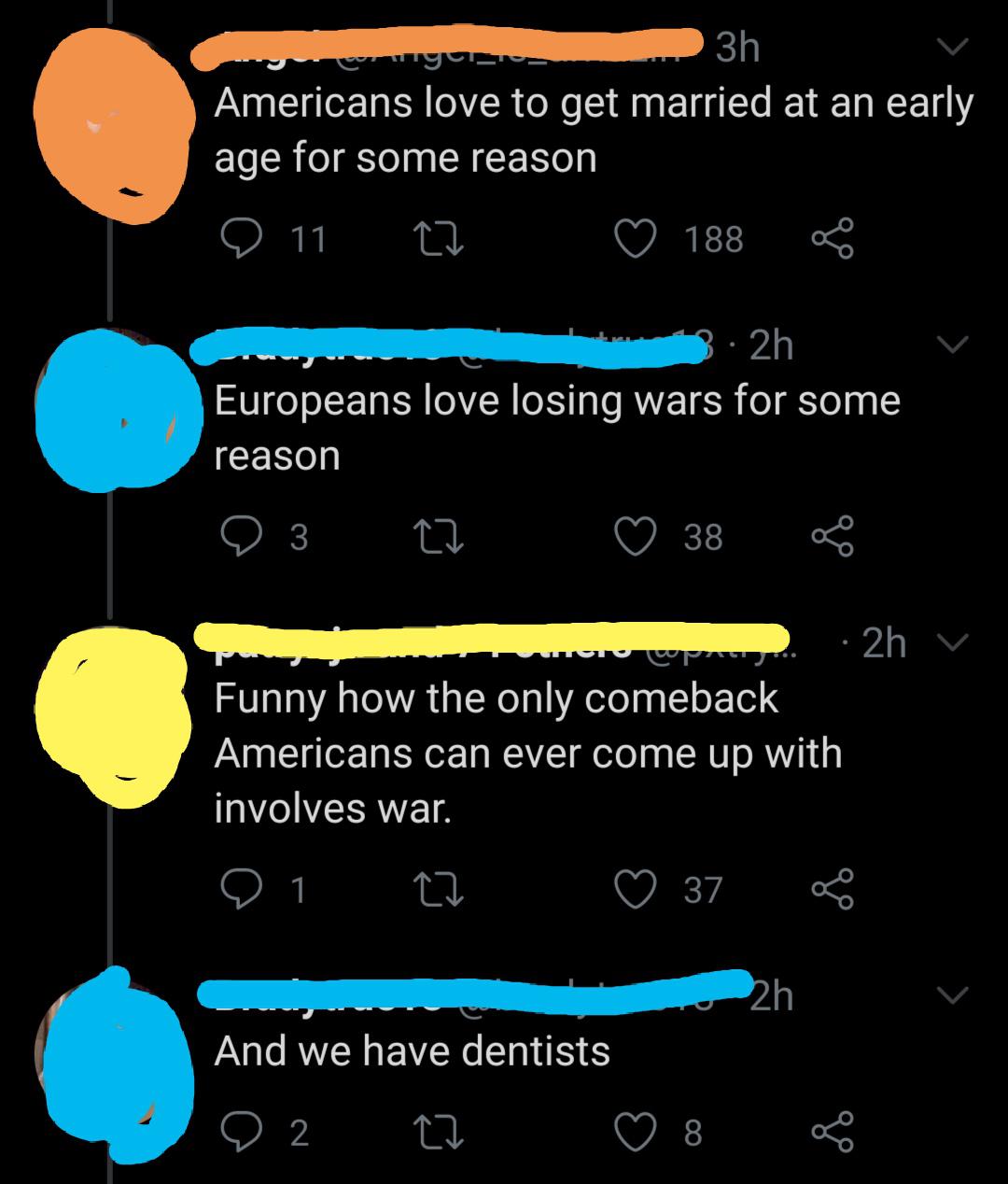 5. Were they trying to throw shade at an entire country?

And then…got the wrong country?

This is gold to me from ShitAmericansSay

4. The preservatives and cured meat make it so nice and even.

I don’t even know what else to say.

3. She started off making it better and then…

Crash and burn, my friends.

Noodles go in the what??? from ShitAmericansSay

This is particularly and glaringly awful.

There is technically no north of America from ShitAmericansSay

1. Dances and sports are everywhere.

Not even sports where dudes try to permanently injure each other are unique.

Which one of these had you cringing the hardest?