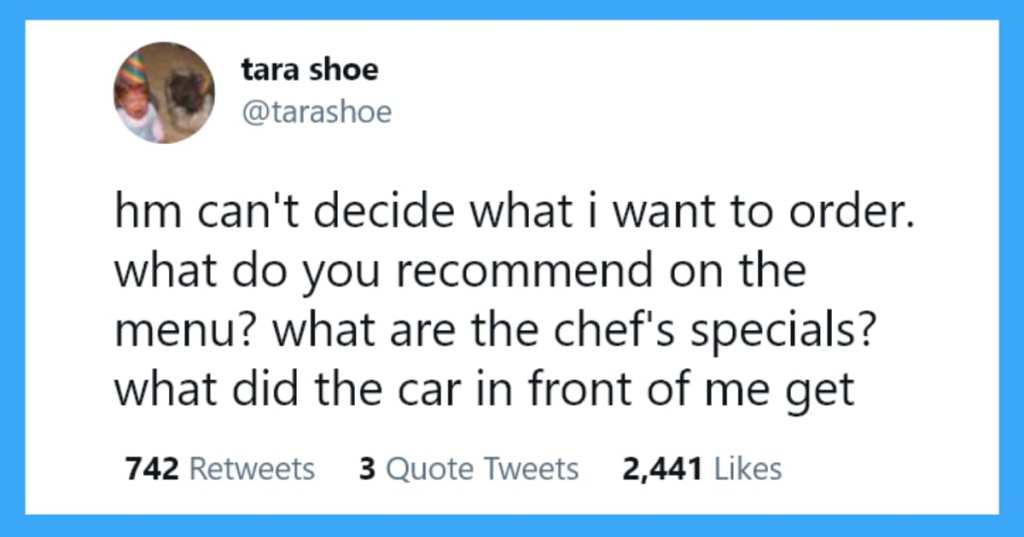 12 Funny Tweets, Made to Order

12 interesting tweets walk into a bar and ask the bartender, “What time is it?”

The tweets say (in unison), “We don’t want any of your liquor poison. We just want to know the time.”

The bartender looks at the clock and says, “It’s noon.”

The bartender understands what’s going on, and now just gives up and says, “I don’t know, what time is it?”

The tweets walk out of the bar.

That time… is now.

12. Well, what happens if a murderer wants them to spell?

I learned it not school!

But don’t do this to limes. It’ll make them cry.

You’ve been doing it ALL this time.

If this is true, I go camping A LOT. 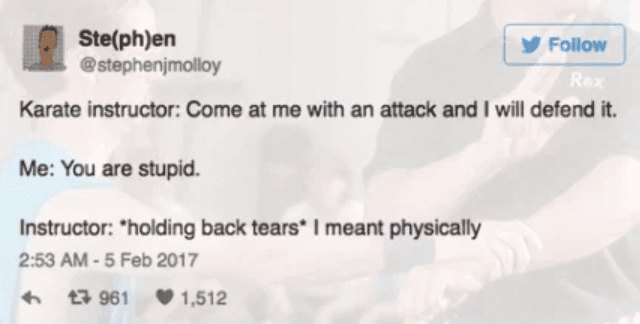 3. That makes sense, but it’s a chilling thought…

But would you drink it? 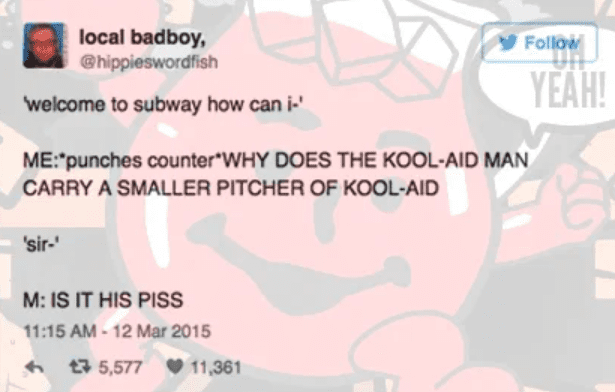 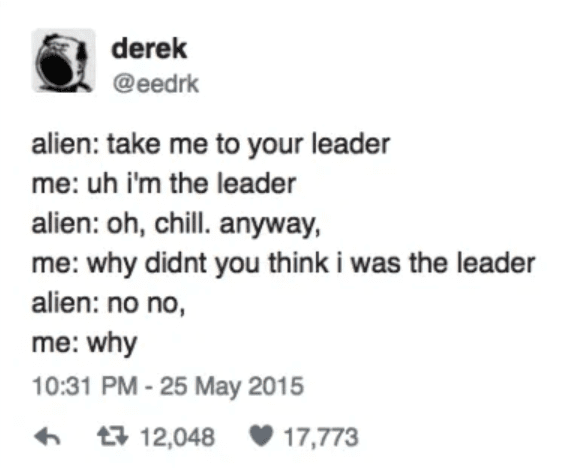 1. We’ve got some numerologists in here…

… and they be cracking them jokes like they’re walnuts!

Now that was a fun time, yeah?

And that joke at the front? Worth the wait, right?

I love that you humor me so often. It’s a kindness I’ll never be able to repay.