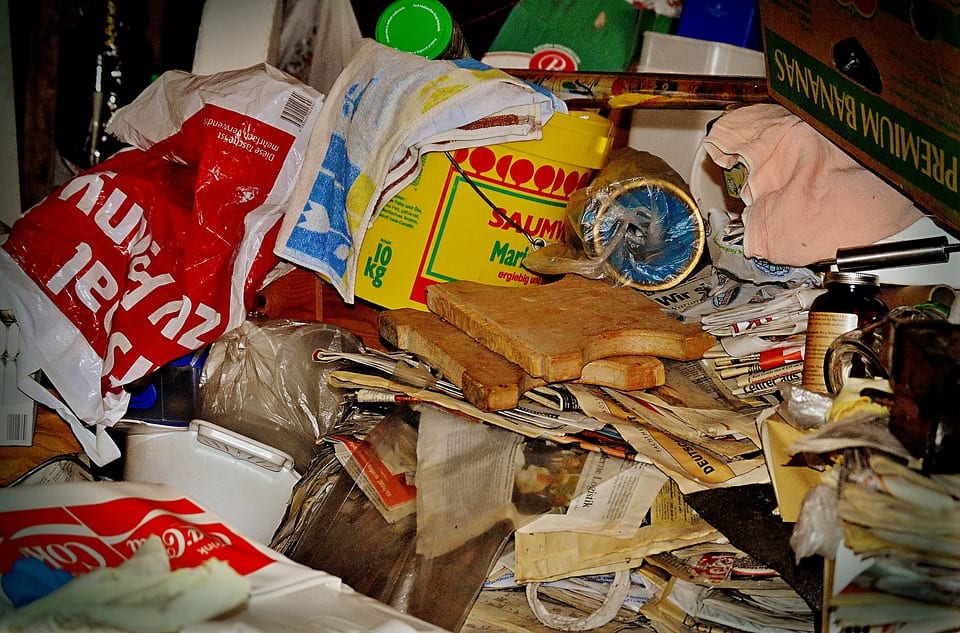 12 Landlords Remember the Most Horrible, Disgusting Tenants They Ever Evicted

People are disgusting, filthy animals. No one knows this more than the landlords of the world. Below are some tales that will make laugh, shake your head, and recoil in horror at the things people get up to in their own homes.

These 12 landlords shared their pain on AskReddit for us all to enjoy.

Buddy of mine owned a 3 story house. Got a call from the 2nd floor tenants that water was coming though his roof. He went to the 3rd floor and when the tenants opened the door he could see one of those blow up swimming pools in the living room. Not the little ones mind you but one of the big 24 inch deep ones. As if this wasn’t shocking enough, the tenant had also removed all the kitchen cabinet doors and replaced them with chicken wire and had a dozen chickens living in them.

1. Human. Poop. Everywhere. We had a tenant in a 40 year old apartment complex who was a hoarder or something. This person was evicted for failure to comply with certain provisions of their lease, and when we went to inspect, the smell was unbearable. There was poop in every plumbing fixture. The toilet was full and overflowing, the bathroom sink was full, the bathtub was half full, the kitchen sink… Everywhere. There was a pile of cigarette butts on the kitchen counter, they’d just stub them out on the counter. We couldn’t rent that unit for a while.

2. The cat lady This was in a top floor 1 bedroom apartment of about 650 square feet. We got complaints about the smell emanating from this apartment. Upon inspection, we found a sea of cats living there with two people. Dozens of cats. When we called animal control, it took every truck in the city several trips. The final count? 62 cats? I love cats, but that’s too much.

Interned for a building in NYC cleaning out their tenant files. Found a woman on rent control since the sixties who spent a decade mailing trash she found in the hallways to the management

1. They refused to pay the electric bill, and then after we had their electricity disconnected, they used a long pole to reconnect it.

2. They burned their own house down in a fit of rage

I’m not a landlord but in my lease was an agreement to not have a pool inside the apartment nor could we build a campfire or horde goats in the apartment. To think there is a reason that these specifically are in a lease amazes me.

I had a tenant pour concrete down the drains. There was no repair possible. It was literally more cost-effective to demolish, salvage what we could and rebuild. It even got into the septic system and we had to settle with the city for damaging their infrastructure. Biggest nightmare ever. We sued the former tenants, but when you’re suing a scumbag, best case scenario, you might get a 1990 Toyota Tercel.

Tenants are pretty decent as a whole, but if you have to evict, it’s worth it to just offer them a couple hundred dollars cash to move out while you’re there and can watch the whole process.

7. Lazy people are the worst

Dude came in with his family. The decided to overload the dishwasher till it broke. Then. We had a guy come into check it and he deduced that he needs to replace a part that they broke. It was only online so he told them to wait and not use the dishwasher. He gets a call later that night and the kitchen is flooded (they were hardwood floors) and he asks the wife why she used the dishwasher, to which she replied “how am I supposed to wash the dishes? With a hose?” There was a deep sink two feet away from the dishwasher.

I’ve got some good ones for this.

Had a whole house being rented. Evicted tenant. Went to clean up after they left and this was the basement. They had a dog that went in the basement to crap. Instead of cleaning it up they poured latex paint on it to seal in the smell. The dog kept crapping and they kept pouring. A latex-dog poo lasagna filling an entire room. The floor was a mound about 4ft high and 10ft wide, filling the entire basement, of nothing but layers of latex paint and dog crap from several years of them living there. Took air hammers and chisels and weeks of work to clean.

Once we got that done we were able to get the the storage closet in the basement. It was jammed shut from this crap on the floor but the door had a hole in the top. They used this closed off room with the hole as a diaper disposal for their infant. A room about 4ftx4ft filled to the top with years of dirty baby diapers.

I grew up in Washington, DC where my parents rented out our entire basement floor. We had one tenant absolutely living in filth. The smell got so bad we decided to evict them. That was when we learned about DC’s Renters Right’s laws. First, you have to prove they are not only in violation of their lease, but also that they have not paid you in excess of three months. So if you do that, you have to inform them of your intention to evict. Then, after three months, you can submit your request to the US Marshal Service, they handle evictions for DC. It is an office of six people, for a city of 600,000. So then you have to wait six months for them to process your eviction. In the meantime, your tenant, that has been living rent free for nine months, has completely trashed the space because he knows he is being evicted.

A co-worker of mine evicted a cat lady. They found 20+ the first day and then kept finding more cats for like a week. Every day he’d come in and report on how many more they found. Had to gut the house because of the smell/cat urine soaked into everything.

Not a landlord but the tenants before us paid 2 weeks rent in the 9 months they were there.

They’d smashed 4 windows, put holes in several walls, and only had 1 light bulb working in the whole house(they had a 4 year old child too). There was dog urine and rat droppings in every room, and not just a little, fucking heaps. We helped the landlord clean up (we know him and we got reduced rent) and found a syringe also. We started out quite angry while cleaning up all their mess, but it ended up being quite a sad thing to witness. The poor child.

The landlord never gave his previous tenants access to a large shed on the property because it had a lot of valuable things inside. A week before the tenants were evicted they went to rehab and their dogs went to a family member. Their “friends” found out about this and decided to rob the house and break in to the shed, stealing a good portion of the valuable contents such as engines, a go kart, ride on lawnmowers.

The police were called and have since caught the people who did it.

We’ve got the house looking really good now, my family and I have turned it in to a loving home.