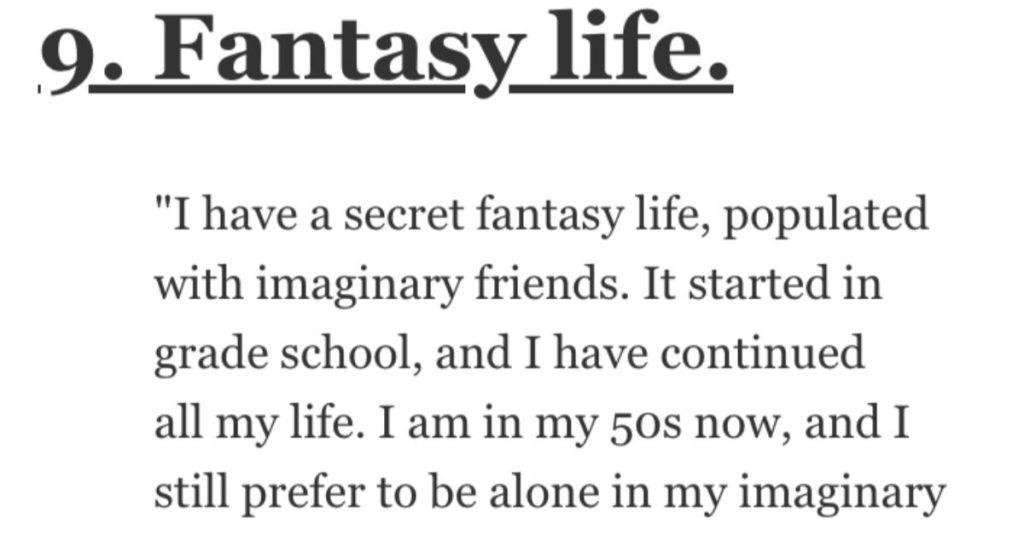 Do you have a secret that you’ve been hiding that’s been eating you up inside?

Something that keeps you up at night and causes you a lot of heartache?

Well, if you do, just know that you’re not alone.

Because a lot of people are in the same position and are suffering, too.

Let’s hear from AskReddit users about the dark secrets they’ve been hiding.

I moved states afterwards and started a new life. My coworkers, clients, and new friends call me the sunshine of whatever room I walk into, but I’m completely d**d inside.

Even though I choose to fake it, I resent them for not seeing how f**ked up I am.”

“Most people in my family think that my mother recently d**d suddenly from complications due to cancer, but she really d**d from the toxic effects of Oxycodone, Morphine, Fentanyl and Methampetamine.

Seems as though she just had herself a secret d**th party.”

“My wife is handicapped and I lied to her that I find it hard to clean/cut up mushrooms.

She has self esteem issues because I can do things much easily than her.

So I lied, and now she feels better.”

“One of my closest co-workers, who is an integral part to our very large corporation k**led a man in his late teens and threw the body in a lake.

He only got off on a technicality. I work remotely so I don’t build a lot of personal relationships with people I work with regularly. I Googled his full name. It freaked me out at first. But I’ve kinda gotten over it.

I wonder if anyone else knows. It happened 40+ years ago. He will retire soon and then I might ask another co-worker about it. I just don’t want to stir the pot.”

“My adopted sister knows her birth mother d**d in a freak accident.

She doesn’t know the cause of death was beheading.

I worked with a guy that was a first responder to the accident.”

“I’m living with my mom right now cause she’s going there cancer but to be honest, I can’t wait to see her go.

It sounds horrible but I’d rather see her go than see her suffer even more. It’s not like I would get anything out of her will, it’s more like it sucks cause she’s always in pain and seeing her like that brings me pain.”

“When I was around 9 years old I used my moms credit card to sign up my s**tty al**holic stepfather for a **rn website in hopes of starting a fight and her leaving him.”

“I don’t know why, but I always keep thinking that one day I will cut all contact with everyone in my life, disappear from their lives and just keep for myself.

I don’t know why I think like this, I have some good friends.”

“I have a secret fantasy life, populated with imaginary friends.

It started in grade school, and I have continued all my life. I am in my 50s now, and I still prefer to be alone in my imaginary world instead of being with family or friends.

I can’t even tell my psychiatrist because I am afraid he will lock me up or give me drugs to make it all stop.”

When I was eight, I was desperate to be liked by the older boys on the street. I was the youngest boy (other than a baby or two) on the block, so I rarely had any boys to play with. When I was noticed by an older boy (19, a senior in high school), I was thrilled.

He (I’ll call him Mike) saw me riding my bike up and down the street one day while he was outside playing basketball with a friend of his (who I will call Shawn). Together, they stopped me and talked to me about school, about my bike, and other random shit. Then, Mike invited me inside for a Coke. Since my parents didn’t keep soda in the house often, this was a treat.

Once inside, my can of Coke in my hand, Mike and Shawn started turning the conversation to things I didn’t understand. I don’t remember exactly what they talked about, but I do remember a lot of questions about my body, my p**is, whether I got e**ctions, and if I had ever seen an older boy’s d**k.

This turned into them taking their pants off and urging me to do the same. I didn’t want to, but Mike knew I was an insecure little kid. He turned on the manipulation. “Oh, well, I thought you were cool. I guess not. I don’t talk to boys who aren’t cool.” That kind of s**t.

I did what they asked from that point on, afraid to be “uncool” and not have older boys to talk to anymore. That day, all they made me do was touch them. But, for months afterward (until Mike went away to college), I was used by them.

Most often, it was just Mike. About half the time, though, Shawn was involved. He seemed less gung-ho about r**ing me than Mike did. Without going into details, if you can imagine something s**ual a 19 year-old could do to an eight year-old, he did it to me.

The weirdest part about it all was, though I h**ed it when it was happening, I missed it when it was over. I felt special when Mike would invite me into his house. When he left for college, and when Shawn completely ignored me after Mike was gone, I felt lonely and unwanted again.

I never told my parents. To this day, more than 30 years after the fact, they don’t know that it happened. Mike and Shawn never faced any sort of repercussions for what they did to me.

Though, in a small bit of justice, Mike did end up going to prison about ten years ago for doing the same thing to another boy. There are probably more than just that boy and me, but at least he finally got caught for hurting someone.”

“I fell off a roof at work yesterday.

I fell about 8′ to my side and head. I was rushing and was being overconfident. I told my partner I fell on ice because she worries that I work alone.

I could have d**d and no one would have known where I was until my body started to stink.”

“It’s been 6 month since my little sister k**led herself and everything I see and everyone I talk to reminds me of her.

I can’t seem to finish my day without crying at least for a few minutes at most for hours. I feel guilty for living while she is laying under the dirt.

I hate every Sunday and 29th of every month. I pretend like I’m okay and laugh like I’m used to it.”