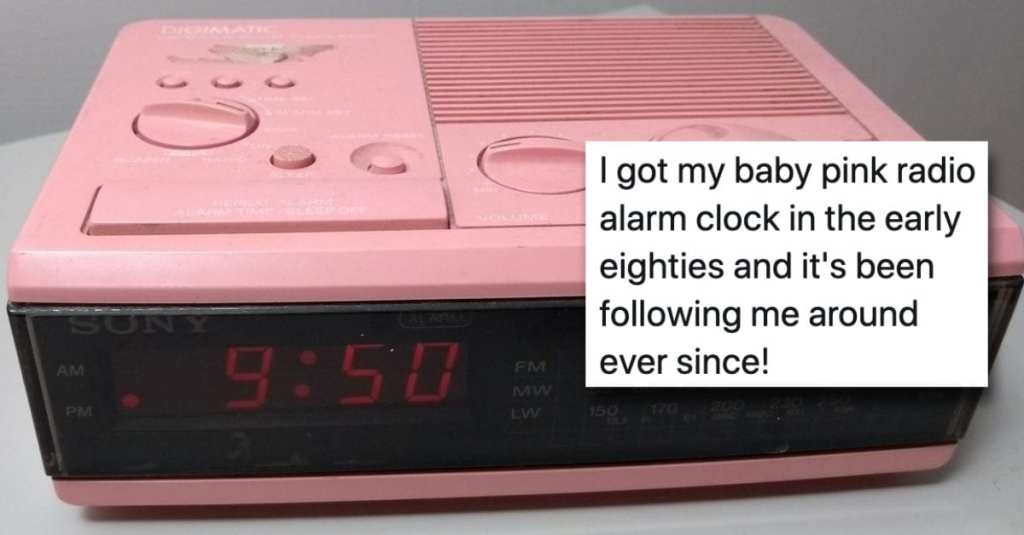 12 People Share Old Gadgets They Have That They Still Use

I was sooooo upset about a year ago when I finally had to get rid of my boombox that had a CD and a tape player.

I got that thing for my birthday all the way back in 1990 and it lasted until 2019. A twenty-nine-year run for a piece of technology like that that I used consistently for all those years is pretty darn impressive, if you ask me.

Some things really do last a long time, don’t they? Built to last, that’s what I say!

My graphic calculator; my dad bought it for me in 1997 from France (hence the name graphique couleur). It can plot graphs, do matrix calculations, and more with 64 kilo bytes!!! pic.twitter.com/gvfqCV0o4o

You’ll always need it for something.

4. I can hear The Cars playing in my head.

I got my baby pink radio alarm clock in the early eighties and it’s been following me around ever since! pic.twitter.com/Har4MUC875

It had a previous life.

Possibly my oldest functioning gadget which is in (almost) daily use is this Pelouze® postal scale dating from the early 1980s.

I use it now in my kitchen for weighing out ingredients, but it had a previous life in my former employer’s post room in Houston, Texas. pic.twitter.com/PylsTHbpVa

Do you remember these?

Built to last back then.

Allow me to introduce our toaster. Bought second hand by my husband’s parents in the 1960s. Possibly from the 1940s. In use most days. pic.twitter.com/4XtfhlUPUz

To go with @grumpy_g1t‘s Philips kettle, here’s my Philips mixer which I rescued from my grandmother, complete with period plug. Remember when you had to fit your own? Was it the pesky EU that took that great British tradition away? 😁 pic.twitter.com/UTycRcmfdX

Tell us the oldest thing you own that still works and that you still use on a regular basis.