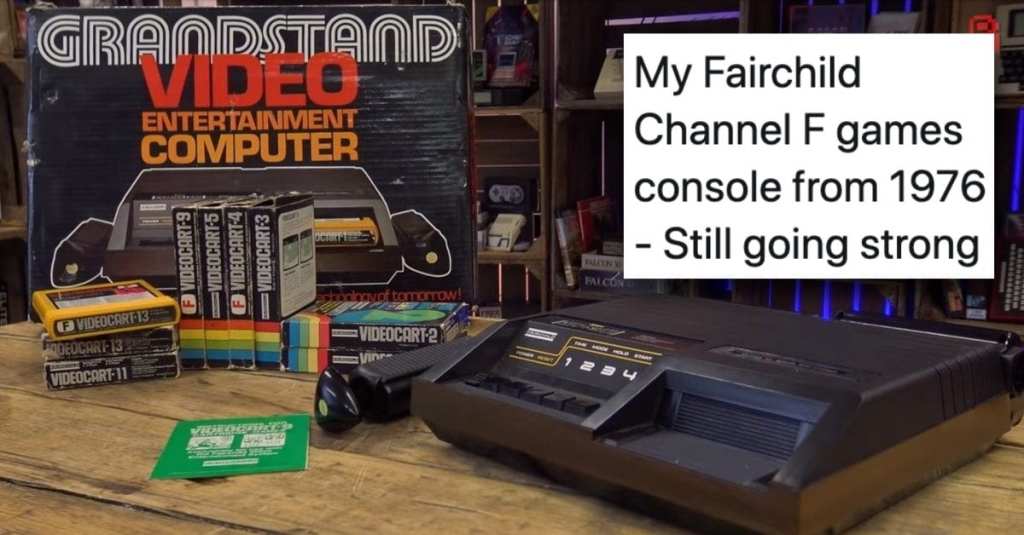 Do you own any stuff that you’ve had for years and years that still works and that you still like to use?

I love it when people show me things they’ve owned for years or even decades that are still going strong.

Heck, maybe these items were even passed on down to them from their parents and can now be considered family heirlooms.

And that’s exactly what these folks did when they shared their own personal gadgets that they’ve owned for years and that STILL WORK.

Let’s take a look at the goods!

Does a sewing machine count. I’ve had mine for 15 years but according to the serial number database it’s 120 years old this year. pic.twitter.com/qKft2pcOvN

2. From your great-great uncle.

My 1906 Edison Amberola. It was my great-great uncle’s, then my grandfather’s, and now it’s mine. ❤️ Drawers are stock full of wax rolls to play. pic.twitter.com/38rH2hjPJa

Hi I collect old appliances and my kitchen is based around them. Dishwasher 1960 fridge late 1950s washing machine 1965 cooker 1961. Lots of small appliances also from that era. Oldest working is a 1935 hoover. All easy ( ish ) to fix. And a little different shall I say ! 😂 pic.twitter.com/VnTCjbddsz

It has sentimental value.

Still use this Nokia phone as an alarm . Can’t chuck it as it has romantic texts on it from before my husband was my husband. Sigh. pic.twitter.com/7lpOwP59EV

5. Never seen one of those.

I’ve had it since I was about 6 pic.twitter.com/KKqI5A29Sq

This was my grandma’s toaster. I saw an exact copy in the design museum years ago – the sign said it was 1920s, which would fit since she got married in 1925. Works perfectly too. pic.twitter.com/81IYUopgrR

I’ve never even heard of this!

Late to the party, but this is still going strong. pic.twitter.com/YBC22qVgAS

I need to buy another one…that works…

And play it loud!

My Dad’s Philco Model 100 radio circa 1958. Takes a while for the valves to warm up.. but still works for (very) vintage listening! @HowardPeartree pic.twitter.com/zmHdvxGsR0

Those are really nifty, don’t you think?!?!

Tell us about the oldest thing you own that you still use regularly.