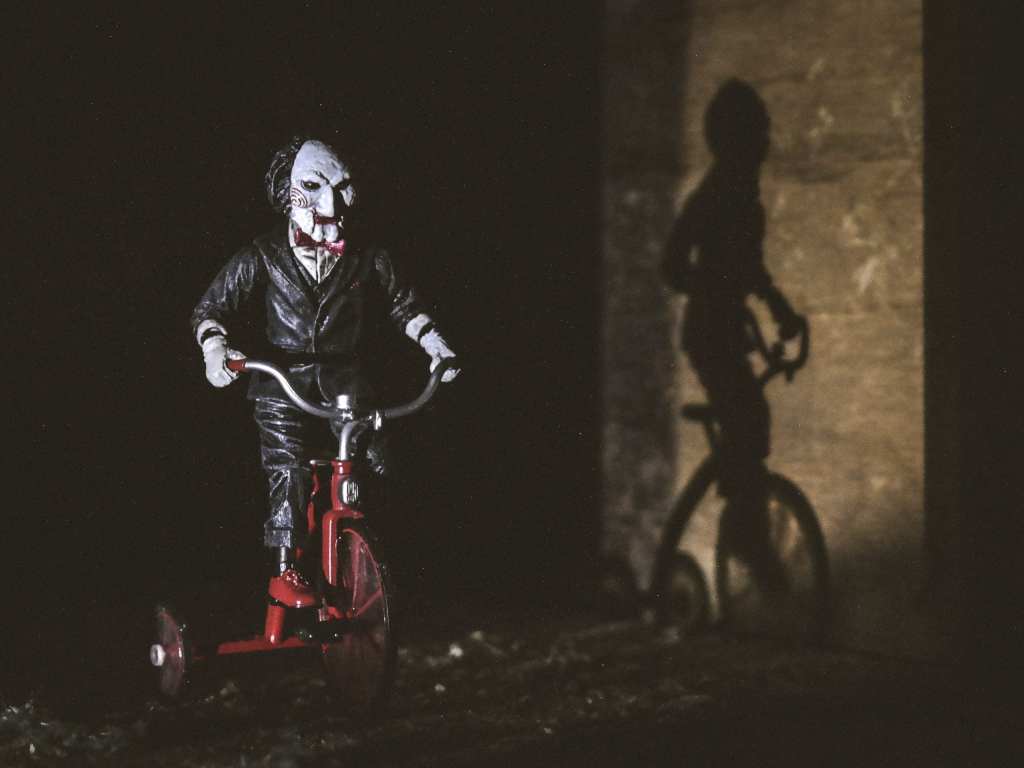 What’s the scariest sound you’ve ever heard in your entire life?

A wild animal? A terrible accident? Something ghostly, perhaps?

These AskReddit users share their personal stories. We dare you not to get freaked out.

“I used to live with my sister during my last teenage years. She had this Holland Flop bunny as her pet. He was a sweetheart that loved to cuddle. One day, I was getting out of the shower and I heard this absolutely blood curdling scream. I wrapped a towel on quickly and dashed into the living room to see what was up. The poor bunny had trapped himself and gotten tangled up in some headphones. I had to calm him down and unwrap him.”

“I remember when I was in middle school, I was working on a project that involved a poster. I worked on it earlier in the day, leaned it against my bedroom wall, and forgot about it. Later that night, it fell down making a long sliding sound down the wall. Being almost asleep, I thought it sounded like an animal hissing very loud. I don’t think my feet touched the ground on my way out of the room.”

“When I was 7-8 years old, a neighbor gave me one of those large 3′ dolls with realistic hair and blinking eyes with long lashes. I think she also walked if you held her arms.

Went to sleep that night with the doll sitting in my little rocking chair. At some point during the night, I woke up and heard this soft ‘click click’ sound and realized that the doll was sitting there blinking at me. Screamed bloody murder, made my parents put the doll outside the house that night and the next day, give it back to the neighbors.

“Not long after the 2011 earthquake in Japan, I was living Tokyo and was traveling daily on the Japanese metro. Most Japanese residents have a earthquake detector phone app that sends off an alarm approximately 10 sec before you feel the shaking of an earthquake.

I was riding the busy keiyo line that is deep under Tokyo Station in a packed carriage , when the train stops unexpectedly and suddenly every person’s phone on train suddenly starts playing the same alarm.

There was at least one hundred people in my carriage and hearing a chorus of devices suddenly begin to sing in unison of your impending doom while we are around 8 stories underground will be an experience I won’t soon forget.

Thankfully after the alarm, the quake started and wasn’t anything more than a light after shock, but that 10sec wait was intense. No one said a thing, no one panicked and when the shaking stopped the train silently restarted and we continued our journey.”

“I came home from work a little earlier than usual one day. It was dark in the house and dead silent, except for this weird, rhythmic crinkling sound. I stumbled around the couch to find one of my cats lying on her side with her head buried in a snack size potato chip bag. She was stuck and she was suffocating. I ripped the bag away and saw her foaming at the mouth, eyes rolling around in her head, terrified. She took a deep breath and within seconds was breathing normally again.

We always joked about her being trash can kitty because she would eat pretty much anything, but apparently that day, she’d actually made it into the trash can. We got a can with a lid after that.

I always shudder when I think about that noise and what I would have found if I’d stayed at the office a minute later.”

“I was on the phone with my mom while she got in to a bad car accident. I still remember her screaming. I was at home with a broken ankle at the time. It was horrific and I still think about it today (even though it was months ago).

I’m so grateful she is alive and walked away with only some bad bruising, even though the car was destroyed. I just felt so helpless not being able to do anything in that moment. Thankfully 911 was called immediately.”

“I went up to stay with my mother after my dad died for a few weeks. She went out to run some errands with my aunt so I was home alone. I hear a familiar sound of my dad getting out of his computer chair upstairs in his bedroom. I hear him walk over to the door, open then close it, walk into the hall and down then up the stairs. He then closed the door.

It scared to hell out of me. I couldn’t move. If that was an encounter with a ghost, I don’t want another one.”

“Used to go camping with my parents and grandparents when i was 12.

Sleeping in our caravan 2AM-ish, grandfather wakes us all up screaming “BOMB”, we were all confused and then we hear an explosion, we put on our shoes and right before we get outside we hear another bigger explosion.

The camping has like streets with caravans on both sides lined up, what happened was (we learned this the next day) someone had a short-circuit with his fridge in his caravan and this started a fire that reached the gas canister.

That was the first explosion (and furthest away) that woke my grandfather up, he said he recognized that sound from WW2 and it shot him right out of his bed.

The explosion set fire to the next caravan in line on our street for the 2nd explosion that was closer, it was nearing us.

Repeat for the next in line which was getting close for the final biggest explosion we heard.

Luckily we had taken out the gas canisters immediately and put them further away on the concrete.

Our caravan melted from the heat but the explosions stopped.

Had to talk to cops about what i saw with my parents at like 3-4AM when i was 12, that was a scare and a half for us.”

“Doing CPR on my mom’s third husband after finding him on the kitchen floor. I’d just stopped by and walked in on my mom, frantic on the phone with 911.

Blood was coming from his mouth and he had no pulse. He was turning cold. But my mom being an RN for the last million years yelled at me to start chest compressions.

His eyes were vacant, but I slapped him and yelled his name and started explaining that I was going to start compressions. It was something I recalled from class to help keep focused on the task. This was happening. I was in the zone. Hero mode activated. Then I started.

With the first push, blood sprayed from his mouth and he made this raspy sound. By the second or third compression, I felt his ribs break. The sound with every push was nauseating.

At some point, a cop walked in. I screamed for help and the officer told me I could stop and that my stepdad was dead.

The scene played over in my dreams for weeks after that, but with variations. He was trapped under ice in one. In another, logs were being sawn nearby. In both, the activity mimicked the raspy cough his body made.”

-A conversation between two inhuman sounding men about how they want to kill me. It was hard to wake up from this one.

-An excruciatingly loud scream. It sounds like a mix between a person and some type of animal. Repeating over and over.

“The sound of a person hitting the pavement after falling 11 stories.”

“Hedgehogs mating outside my window, ran out with a knife thinking my cat was being murdered.”

“My neighbor has a horse which I fully am ignorant of the existence of 99% of the time. One night it’s dark, I’m walking to my truck. Turn to the door….

And let me elaborate. It’s one of those just dead quiet nights, no noise.

Then the horse did one of those lip flappy exhales.

“Sounds outside our bedroom window, like someone muttering to themselves. I convinced my husband it was nothing. We kept hearing it at night. It was terrifying.

Turned out it was a severely mentally ill man squatting on the property adjacent to us. When we called the police to ask what to do, they said, “Oh, yeah, that’s so-and-so. Whatever you do, don’t confront him, he’s very violent. It took six officers to bring him down last time he had an episode!” Then they stood on our porch and yelled at him that ‘these people here are complaining about how loud you are, so keep it down!’ “

“Hearing a mountain lion scream/roar in the White Mountains of New Mexico while camping when I was like 13. No thank you!”