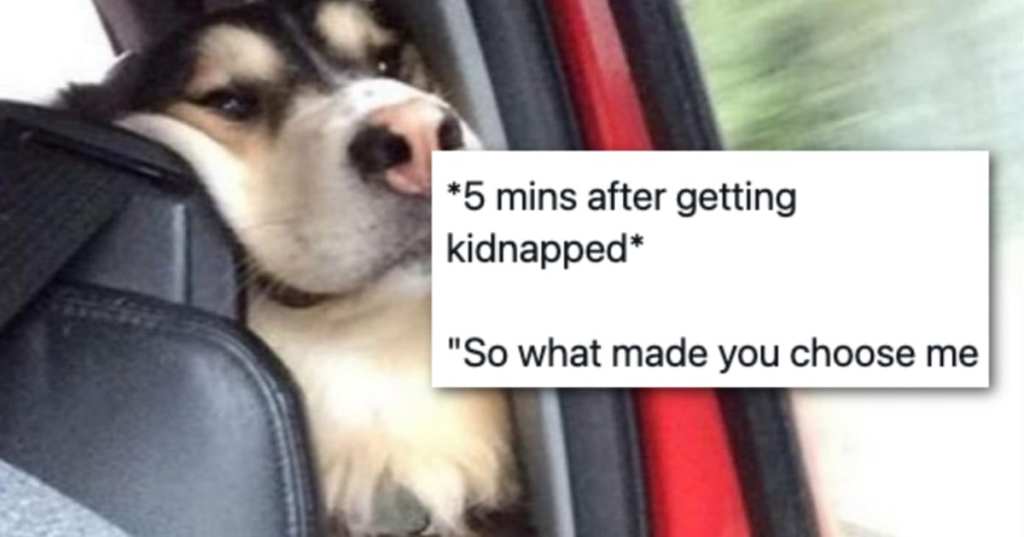 12 Recent Tweets That Are Worth a Look

There are millions and millions of tweets, and honestly, there are hundreds of accounts out there that are worth a follow. That said, keeping up with the best every day can be a daunting task!

If you want a laugh but you’re too lazy to scroll for it, listen. We’ve got you covered with 12 funny, recent tweets we don’t think you’ll want to miss.

12. A little attention never hurt anyone.

*5 mins after getting kidnapped*

"So what made you choose me ?" pic.twitter.com/HLpMYXYqEq

Now, what to do with it…

10. Most of us are pretending we don’t watch it.

Those ratings are coming from somewhere, my friends.

One thing that’s not believable in movies is no one is ever discussing a single episode of reality TV for 45 minutes.

It is funny, though.

the feminism leaving my body when the bill comes pic.twitter.com/Jc7EhXwBTj

8. All you know is that it doesn’t have meat.

What it could have is literally anything else.

6. They need to cool off for like twenty minutes though.

So you have plenty of time to talk.

normalize ending phone calls with “my bagel bites are ready”

4. What do you think it means?

It means get the heck out of there COME ON.

You’re gonna need a big, public display of affection to get its attention.

I’m like dropping hints that I want the vaccine.

What can i do to make sure nothing bad ever happens to me ever again ? so far my idea is buy something

1. This is the meme that ended the competition.

I’ll not be taking any arguments.

I don't know about you, but this is the winner for me. pic.twitter.com/4e3B0N60N1

Ahhhhh, so great, right? I could read tweets for an entire afternoon.

Tell us down in the comments which ones were your favorites!