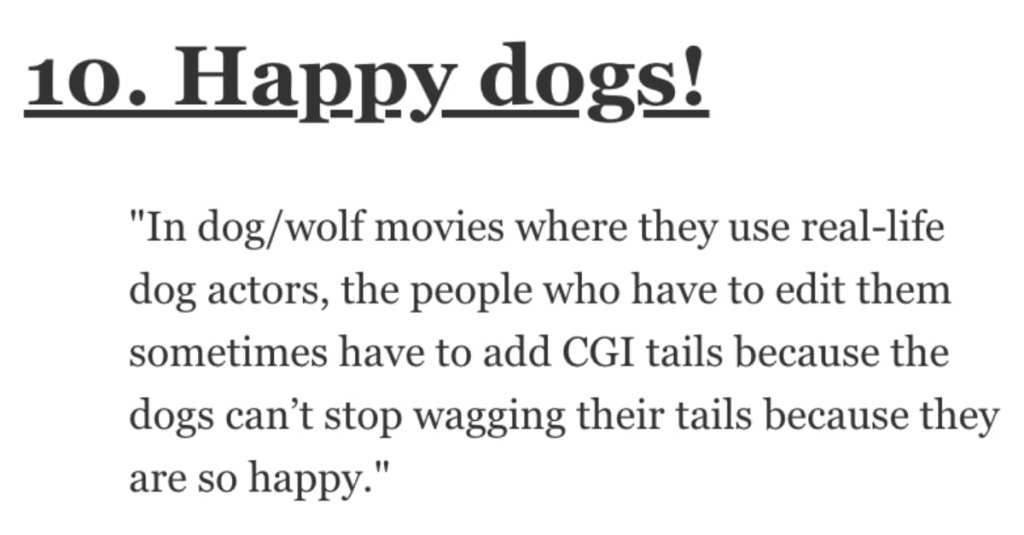 14 People Share Facts They Think Are Comforting and Wholesome

I don’t know about you, but I need a ray of sunshine in my life right now…or maybe a whole bunch of rays of sunshine.

Because it’s been rough going lately, hasn’t it? A worldwide health crisis, a divided country, riots and protests in the street…when will it end?

Hopefully, the answer is very soon, but until then we just have to keep the best we can and keeping our fingers crossed that things will settle down soon…

So, in the spirit of keeping things positive, let’s check out some facts that AskReddit users say should bring us all some comfort.

“Scientists have discovered that rats LOVE playing hide and seek and squeal with joy when finding/being found.”

“All of the cardigans Mister Rogers wore on camera were knit by his mother.”

“Otters hold each others hands when they sleep so their mate won’t drift away.”

“There’s a volunteer organization called ‘No One Dies Alone’.

You’re at Sacred Hearts medical center, you’re terminal, you need a companion. From someone to talk to, or just someone to hold our hand. They’ll make sure someone will be there for you.

Other hospitals have this too.”

“Scientists, earlier this year, made a massive breakthrough in curing blindness, like verging a cure.

It was masked by the virus headlines though.”

“Jupiter gravitational mass is so immense modern science believe it’s been protecting us from meteors for millions of years.”

“Crows and ravens love to play in snow.

One of their favorite activities is rolling hills.”

“Liechtenstein once deployed 80 men for protecting the border against Austria. Despite their worries, they saw exactly zero combat.

When they called it a day they returned home – with 81 men. Because an Italian bloke bumped into them and wanted to come live in Liechtenstein.

They literally made a friend on the way.”

“We have been born into arguably the best point in human history.

True that we have a whole slew of troubles. These issues are only minor examples compared to the plagues, social Darwinism, and overall pretty crap quality of life you’d live say 100 years back.

We still have those plagues, racial biases and hatred but we are lucky that we are alive in a time where over the past century so many strives towards equality have been made.

Except Black Licorice, we are unfortunately still in that era.”

“In dog/wolf movies where they use real-life dog actors.

So even if you have no hope, everything sucks, or you’ve messed up, nothing is permanent.”

“Lots of people suffer from loneliness.

So when you feel lonely, you are not alone.”

“You are a child of the universe, no less than the trees and the stars; you have a right to be here.

And whether or not it is clear to you, no doubt the universe is unfolding as it should.”

“Given all the atoms in the universe are recycled in various ways (having formed in the first stars), our entire body has already experienced billions of years of each atoms own personal history.

Even more comforting, it’s plausible those atoms will eventually become part of someone else in the future and will continue to exist in various forms – transforming continuously – until the end of time itself. So in a way, we’re connected to something absolutely eternal and our ultimate fate is to be spread across the stars.

Hell, depending how deep you want to get, there’s also a tiny, tiny chance that your pattern of DNA will form entirely by chance again, creating someone that is biologically you but with a whole new memory, experiences and history.

Basically, everyone and everything is connected.

The best part? None of this is based on religion or wishful thinking, it’s actual established and current scientific fact.”

What facts do you find comforting?