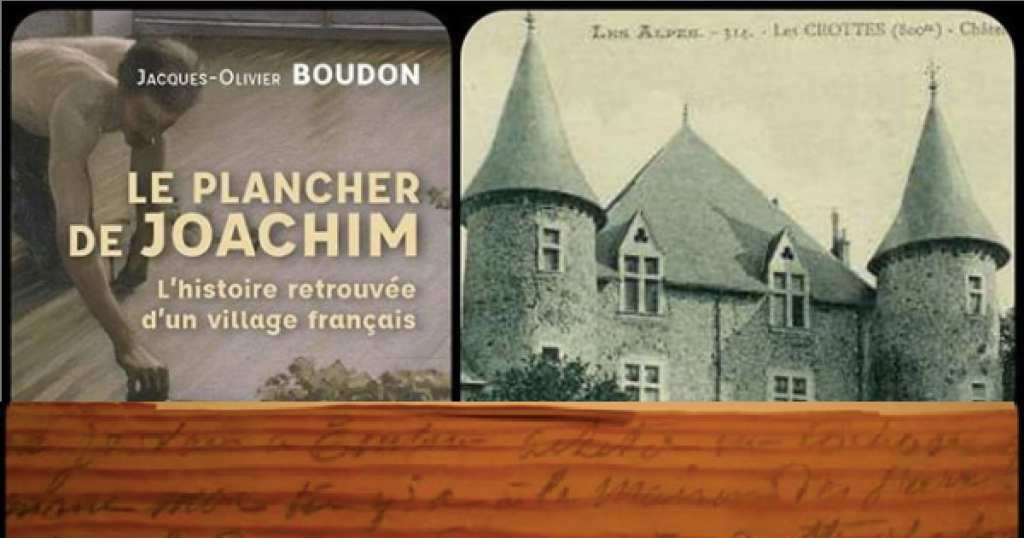 History is chock-full of amazing people living lives you wouldn’t believe, and that’s only for the tiny, tiny percentage of humans we actually know something about.

So whenever a “secret diary” is uncovered and we have another chance to peer into the past, I am here for it – and I didn’t know it until now, but that goes double for diaries written on the floor of a French castle.

Basically, this 18th century tradesman took the classic and never underrated advice to hide your valuables under the floorboards super literally.

A few years ago, the owners of a 19th century chateau near the French-Swiss border were renovating (as one does), and when they pulled open the original floors, they discovered that the undersides were covered in writings – over 72 entries of a diary, written by the carpenter who helped build the original structure.

His name was Joachim Martin. He lived in a nearby rural settlement called Les Crottes, and between 1880-1881, he unburdened himself of some seriously hot and disturbing local gossip. Which might sound frivolous and unimportant, but we have a serious dearth of records of what common life looked like through the majority of history.

These floorboards, to many historians, are complete gems.

Several of the passages describe multiple affairs in the village, because apparently everyone had a mistress. He confesses to knowing about at least four infanticides – all of the babies were love children of his friend’s – as well as where the bodies were buried.

I mean, there was no real birth control, but still. Yikes.

Joachim never told a soul about the tiny corpses under the stables because “he’s my old childhood friend, and his mother is my father’s mistress.”

Also, the clergy in town was full of randy perverts, which, nowadays, I guess really isn’t all that surprising.

Joachim accused the village priest of seducing half of the husbands in the village, and also said the abbot, one Abbot Lagier, was a “pig” who “should be hanged.” Apparently he forced the women of the village to detail not only how often, but what sort of sex they were having with their husbands, supposedly so he could ensure they weren’t using any perverted positions.

A classic case of takes one to know one, I suppose.

In addition to the local gossip, since the journal entries were written during the years immediately preceding the French Revolution, there’s also a pretty interesting look into how the commoners in the area felt about corruption in the Church and in the State.

Perhaps my favorite thing about Joachim is that he seemed to be aware that his words would one day be found and read – something that would have undoubtedly seemed exciting to a man of his station. In one of the entries he addresses us, the future readers of his self-published gossip rag.

“Happy Mortal. When you read this, I shall be no more. My story is short and sincere and frank, because none but you shall see my writing.”

He guessed right; the original hardwood floors of a French chateau have endured through time and trials, and I don’t know about you, but I sure would like to light candle for Joachim – the new patron saint of gossip-mongers everywhere.