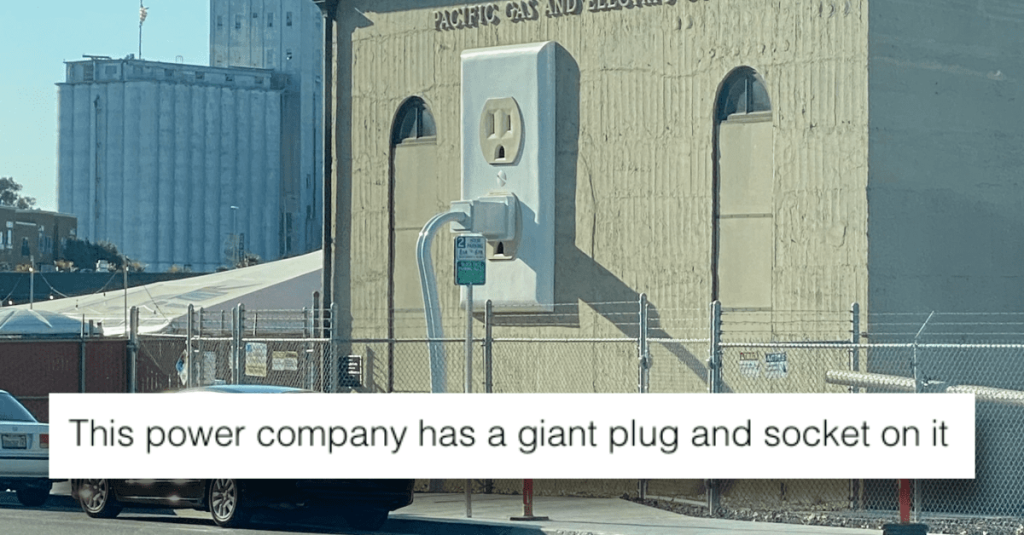 14 Real Things That Totally Look Like Glitches in the Universe

Sometimes, you see something that in real life that just doesn’t make sense. Instead of trying to rationalize the irrational, it’s often better to just accept things as they are and roll with them.

There are abnormalities in our realities that we cannot even begin to understand – like UFOs and people who still wear Ed Hardy t-shirts.

Here are 14 things in real life that seem like glitches in the universe.

An upside down house. At least I can finally fulfill my Alice in Wonderland fantasy.

This upside-down house. from mildlyinteresting

Take a look at this super rare albino sea turtle. Animals really are out of this world.

3. From a bygone era

Here’s a grocery store that used to be a theatre – for those of us who love sad, dystopian nostalgia.

Supermarket in Venice used to be a theatre from mildlyinteresting

4. Well, I guess everybody does it

Feel like an actual alien in this London restaurant’s space-themed bathroom, complete with a flying saucer and toilet pods.

5. In all shapes and sizes

This little door in the woods is perfect for any talking dormice looking for prime real estate.

This tree has a tiny door built into it. from mildlyinteresting

I guess a giant outlet must be useful for something.

Which recycling bin are you supposed to put this in?

Only 0.0000005% of lobsters are blue. This jewel-toned crustacean was caught in Nova Scotia and promptly put back into the ocean.

This looks like something out of the Bioshock universe.

If only the car wash this drive-thru is in was still functioning – then we could really knock out two birds with one stone.

This fast food drive thru used to be a car wash. from mildlyinteresting

These signs are in a Coast Salish language, native to the indigenous folks of the Pacific Northwest.

Stop sign on the Musqueam reserve in Vancouver, BC from mildlyinteresting

This tunnel in Norway makes you feel like you’re driving through giant glacier.

This roundabout in the middle of a long tunnel in Norway. from mildlyinteresting

Don’t get it twisted – this burger’s designer.

This blue hamburger from mildlyinteresting

If that last one is blue raspberry flavored, I’m totally down. Still not totally sold on the buffalo wing-flavored soda.

What do you think of these real life glitches in the universe? Are they amazing or totally off-putting?