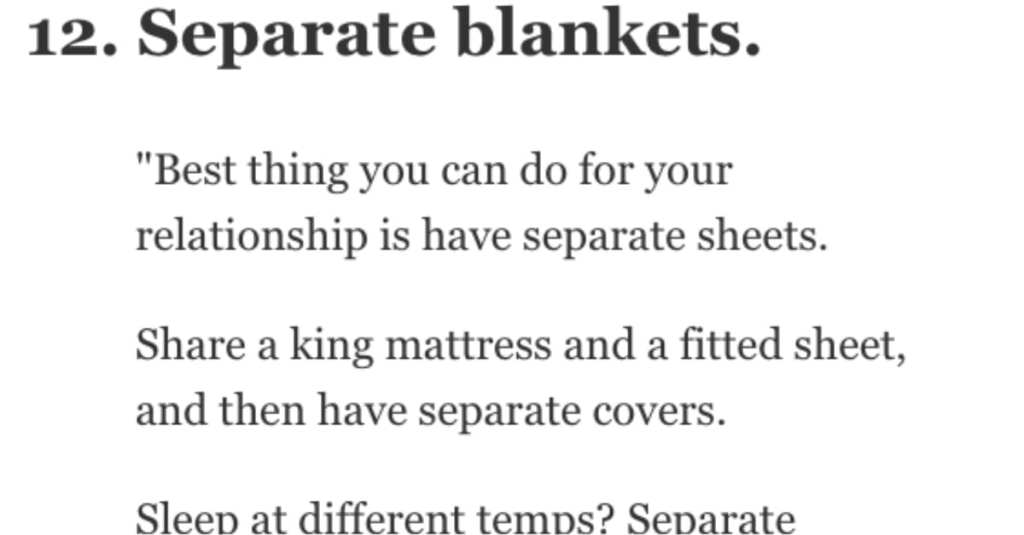 15 Couples Share the Unconventional Relationship Hacks That Work For Them

Relationships are tough, they’re rewarding, but most of all, they’re intensely personal.

There’s no road map that can make each and every one of them work, but sometimes hearing what works for other people can inspire us to think outside the box in our own lives.

If you’re looking to try a new tact at home, these 15 couples tried some unconventional things that ended up working for them, so read on!

“My girlfriend and I don’t do gifts for any holidays or birthdays, but instead we have been doing experiences where we plan a day that the other person would enjoy.

We are opposite in a lot of ways so it’s a fun ways to have our worlds collide.”

14. They talk about their crushes.

“We tell each other about things like work crushes – talking about it makes it funny and we can laugh about it instead of letting it build into something real.

Having a good laugh about a stupid (and human!) thing like a crush makes us feel like we’re in it together and always choose each other.”

“My husband and I shower together every day, not for sexy reasons, but because it’s a nice, intimate way to unwind and relax while we talk to each other about our days without any interruptions.

“Best thing you can do for your relationship is have separate sheets.

Share a king mattress and a fitted sheet, and then have separate covers.

Don’t like feeling the sheets move? Separate sheets. It allows all the intimacy a couple needs, but makes sleeping itself so much more comfortable.”

“We go on separate holidays. He goes off to do music stuff and get muddy with his friends, and I go off to make cookies and go to museums with mine.

We both get the house to ourselves for a weekend and when the holiday-maker comes home both of us are refreshed and relaxed and ready to tell each other about our separate adventures.”

“We have been married for 10 years, and have not slept in the same bed together for about 9.5 of those years.

When we bought our house 6 years ago, we opted for separate bedrooms completely.

It works for us – I am a very light sleeper, he snores. I like to go to bed early, he likes to stay up later. We wake up at different times.

This way we have our own schedules and are comfortable every night.

I still have my side of the bed though, lol.

We keep that separate and it’s worked really well for us.

He gets his time away and I get mine.”

“My husband and I have separate checking accounts.

I don’t know exactly how much he has in his account and vice versa.

We have never fought over money and we have been together for 19 years.”

7. Don’t force yourself to sync up.

“Married for 3+ years and only recently we came up with this rule that we don’t follow the same sleeping and eating schedule.

Eating dinner together on a table as a family is overrated.”

“My husband and I each have three free passes a year to get out of events.

Say we were invited to dinner with my college friends and he didn’t want to go, he could use a free pass to get out of it and there are no hard feelings.”

5. The couple that games together…

“We’ve been playing various Mario Karts every weekend, for 8 years.

There MUST be one rule though: no friendly fire, unless explicit consent is given!!

Breaking this rule will lead to yelling, surliness and even alienation of affection!”

4. You have a guest room for a reason.

“We have an extra bed in the guest room so whenever one of us needs a quiet night due to lack of sleep, work stress or else, we sleep separated for one night.

We’re less annoyed the day after and can go on.”

“My best friend and her boyfriend have a rule that not many people would understand: they don’t talk about his job. She said she decided to do that after they were in bed and he started complaining about his boss.

Since his boss is my boss as well, I understood why he complained that much, but she said it made their lives really easier and that every now and then they still discuss certain aspects of his career, but not his boss.

know most couples feel like they should always talk about everything, but they found a way of making things better by leaving certain topics off the table.

They have been together for 5 years and it works for them.”

2. They Netflix and chill.

“This sounds dumb, but not doing ‘separate TVs.’

We like to give each other’s shows/movies/sports a chance and we usually end up liking it or just roasting it and having fun.

My boyfriend has gotten me into horror movies this way and I have slowly engulfed him into the Bachelor universe and trash reality TV.”

“My partner and I make videos of us telling our future selves not to be mad at each other.

It helps break the tension if we get in a pointless argument and don’t want to stay annoyed.

It’s a nice reminder that it’s much more fun to hug and forgive than to stay mad for no reason.”

You have to give them kudos for being willing to try, right?

If you and your partner use a hack that’s not in the marriage manuals, share it with us in the comments!