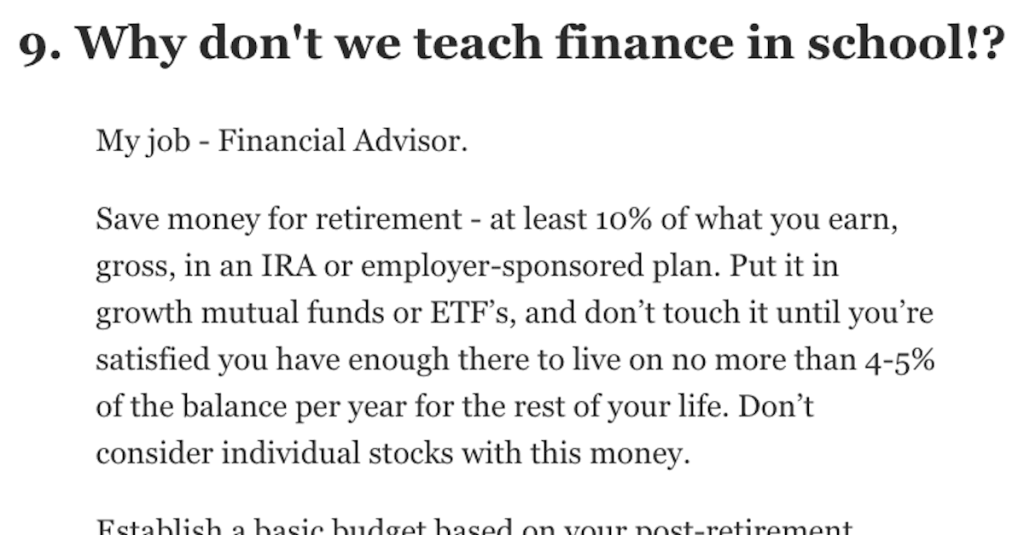 14 Jobs That Wouldn’t Exist if Humans Were Smarter

Listen, I know there’s value in getting paid (like, literally) no matter how you earn your paycheck. We all need to eat and have some fun and buy clothes and maybe a book once in a while, right?

That said, there are some jobs out there that’s mere existence kind of makes you stop and pause – like these 14, that literally only exist because human beings can be really, really dumb about some things.

14. It’s almost impossible to buy an actual ticket from the place that you’re going.

How does this even work?!?

13. Why do we need to know one single thing they print?

There’s no reason for these people to exist, but people buy those papers, so…

Yeah, that’s right. People who clean up labs after they’ve blown up.

You have to wear hazmat suits.

It’s pretty sad to see how much this industry is growing in Australia.

11. Why can people not see through this?

I hope I live to see the day people stop giving money to conmen who buy McMansions and private jets and claim they deserve it because God loves them.

10. It’s stunning how many people will drive a boat impaired and not think it’s the same as a car.

People often give the U.S. Coast Guard a lot of crap for being the Coast Guard, but they deal with some of the most dangerous specimen on the planet: Stupid drunks with boats.

9. Why don’t we teach finance in school!?

Save money for retirement – at least 10% of what you earn, gross, in an IRA or employer-sponsored plan. Put it in growth mutual funds or ETF’s, and don’t touch it until you’re satisfied you have enough there to live on no more than 4-5% of the balance per year for the rest of your life. Don’t consider individual stocks with this money.

Establish a basic budget based on your post-retirement savings income and current expenses. Do not spend more than you bring in on a regular basis.

Save a little after-tax money from every paycheck in an FDIC-insured savings account. This is your emergency fund. Don’t touch it if you’re not in financial dire straits.

Once you have at least 3 months of expenses covered by that emergency account, keep saving the money, but flow it to another investment vehicle, such as stocks, bonds, CD’s, treasuries, real estate, precious metals… whatever you are comfortable with depending on your goals and risk tolerance that can at least hold value, if not grow it. This is your savings for home, car, vacation, and other major purchases.

With the possible exceptions of purchasing a home or borrowing for education that will actually pay for itself, don’t take on debt. Pay off your credit cards monthly. Pay your bills on time.

If you can’t follow the above, take a hard look at your lifestyle. Either find a way to earn more money, spend less money, or both. Second jobs are sometimes necessary, or many people just need to eat out less, go to bars less, drive a cheaper car, or downgrade their living situation. Don’t give in trying to impress others or looking good on social media; just do you!

8. Someone gets paid to do this. Think about that.

M first job out of college was to stand outside of Aldi’s and help the people how to figure out to put the quarter in the slot to release the shopping cart and then, later, how to put the chain back in to get their quarter back.

I said F-That. I stood there all day, baked out of my gord.

7. We really need to learn how to drive already.

Oh god, this reminds me of Atlanta. They have highway signs that tell you how many people have died so far that year in traffic accidents. It’s obscene. It was something like just under a thousand people so far this year in August.

And yet everyone still drives like they’re the only person on the road so fuck it, why not watch youtube on my phone, swerve between lanes with no advance warning, and tailgate like i’m trying to drive through the other car. It’s fucking terrifying and I was only there for three days and now I never want to go back. Ever. Just knowing that there are people who treat five lanes of traffic like it’s a goddamn go-kart track makes me want to vomit.

6. Sure, we need lawyers for some stuff…right?

Then they blame us for getting in trouble after doing what we told them not to do. Basically stupid people keep us employed.

Watched a woman stop halfway across a crosswalk in a busy intersection to text.

Oblivious to everything until cars started honking. And then she flipped them off.

4. I’m sure it definitely wasn’t his fault, though.

Computer repair for the most part.

Probably half of all the things I had to repair were extremely silly mistakes that could have been avoided by simply reading.

Whenever people get an error message, they panic and click it away. Most don’t even read it, when reading it could already help you fix it.

I remember one guy who said he didn’t want to pay us to put a sim card in his phone. I completely understand this, because it’s overpriced as hell. But we still told him to make sure to take the nano-sim out of the holder it came in, in order for it to fit in his phone.

10 minutes later, he came back because he ruined his phone trying to forcefully push the sim card AND the holder into the socket of his phone.

3. I doubt even someone else blowing up would drive the point home.

Dude, I work in Haz-Waste for EHS.

Every month I find some idiot right next to my 90 day shed, smoking right underneath the “no smoking” sign.

For real dude? There’s like 200 gallons of class 1 flammables 10 feet from you.

2. I’m surprised it took so long for someone to say this.

All the “jobs” at MLM companies.

Yeah, your job is to go find more people to sign up…

Who then go find more people to sign up…

1. To be fair, the rules about recycling are confusing (probably because it’s all a sham).

My school had a massive issue with recycling getting contaminated.

It got so bad at one point that the company refused to take their recycling for a few months. They decided to redesign all the bins to make it super clear what you can and can’t recycle, and the recycling bins are always next to a trash can so it’s never more work to recycle.

People still throw food and trash in the recycling bins and vis versa.

I’ve never really thought too much about some of these, but yeah. Not necessary if we were a planet full of smart people!

What would you add to the list? Tell us in the comments!