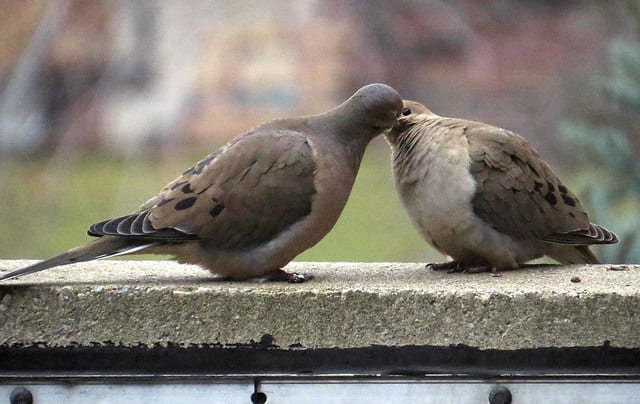 Ahhhh, The Talk. Do you remember when you first heard it? It might’ve been with your parents, a friend, a teacher, an older sibling, the weird guy who lived in the garage next door, etc.

Whoever told you about sex for the first time probably told you some things that aren’t true, or at least are inaccurate. These AskReddit users reveal the funny and WRONG things they were taught about the birds and the bees.

“I received absolutely no sex education. I was raised a religious fundamentalist, married at 19 to a girl that was as ignorant as I was and lost our virginity on our wedding night. Married for 13 years. I learned what and where a clitoris was from my 2nd sexual partner at the age of 32.”

“I always thought you were supposed to be really gentle with the penis. So my first time giving a hand job I had the lightest grip possible so I wouldn’t hurt him. When he showed me just how I was shocked lol.

I also thought your period was supposed to be just a dot of blood, hence the name “period.” Had a rude awakening with that one.”

“I was taught that a woman releases a special chemical in her brain during/right after sex that makes her attached to the man for the rest of her life, because he made that happen. Only women tho, and only your first.

My parents were so hellbent on this that me and my mom often argued about it… she was adamant that I could barely know the guy, yet this would happen and it would ruin my life, she was that convinced (as a teen, they didn’t like my boyfriend and used this to say I won’t know who he will grow up into, in highschool you’ve known him only a few years, this will forever taint your life when you eventually get married etc…. very strong belief they hold). Many other misconceptions as well, but that’s the craziest. Others include:

*Tampons cause infertility because the ovaries cannot ‘air out’

*Sex is a donation to a man, not at all something to share as it can never truly be pleasurable for the woman. However, you’re in luck because women happen to release a forever-bonding chemical when she loses her virginity so you won’t mind ‘doing what is needed to him when do you have to.’ “

“My mum told me there was no such thing as ovulation when I was 9. To this day I haven’t had the courage to ask her how she thinks I got here!”

“Basically sex = your life is ruined and there’s nothing you can do about it then.

“That you can get pregnant from hugging and that you can get AIDS from kissing. It was 1999 when it had been proven that HIV was not spread through casual contact.”

“My sex ed was cassette tapes of an old man basically just saying don’t have sex before marriage, but one of the things he said was “I grew up on a farm, and I learned all I needed to know about sex by watching the animals.””

“My middle school teacher told the class that condoms were not effective at all for protecting against STDs and only worked 50% in stoping pregnancies, and that anyone who told you otherwise was a diseased pervert trying to trick you into sex. Abstinence teaching, ladies and gentlemen.”

” “If you both keep your virginity until your wedding night, you will have an amazing sex life forever.”

“Not sure this counts but when I was 10 and asked my mom what AIDS was, she said it happened when people had sex without protection.

Fair enough. Except my little brain confused “protection” with “permission”. And that was what I thought AIDS was. For longer than I care to admit.”

“If you have sex in a hot tub, you can’t get pregnant. When you go to sleep, your period stops. My friend also believed that girls only had their periods on the full moon cycle.

These are things I had other people come to me about, because they had no sex ed and I was the one friend who actually learned something from their parents.”

“In addition to the usual (condoms aren’t effective, sex before marriages gives you cancer, zero information about discharge or where clitoris is located) I was taught that women don’t feel sexual arousal. At all. Those who think they do are just confused. Women have sex to please men and make babies, no other reason.

I still wonder if the woman who taught me this was just asexual and didn’t know it, and she assumed this was the norm.”

“They taught us that if you have sex, you are dirty and disgusting. It became confusing to me as a child to be excited when someone announced they were pregnant, I thought it was only good if you ended up pregnant.”

“I mean I don’t think this really counts but my class made us watch the lifetime movie “she’s too young” a movie about a high school that has a huge chlamydia outbreak which made it seem like that was gonna happen to our school if we had any sex so that I suppose.”

“Went to catholic school in south Texas. My sex ed was “you are all too young to have sex, if you do you will be a sex offender for life” then we learned about the legal problems of being a sex offender. Not totally wrong, but lots of girls had to leave when they ended up pregnant.”