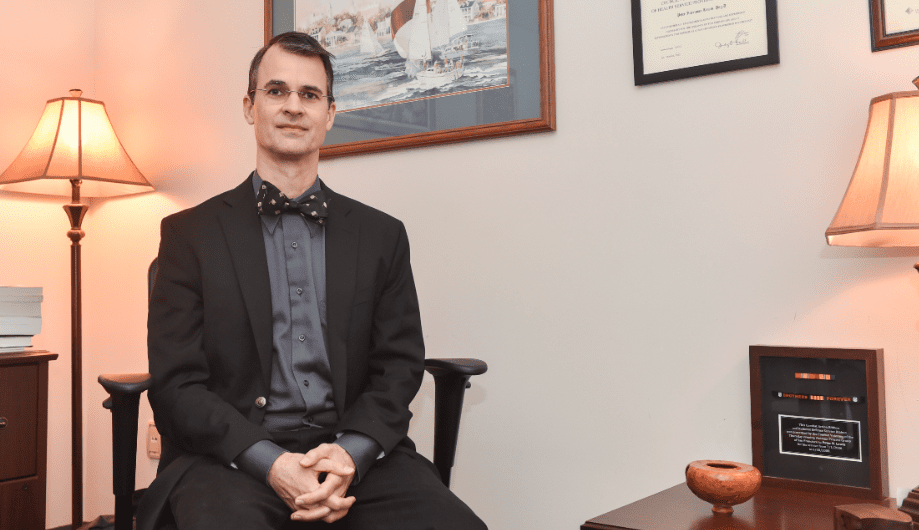 Therapy is something everyone can benefit from, even if they think they have it all figured out.

It’s always good to talk to someone who’s completely objective and who has no stake in your relationships with family and friends. These AskReddit users shared the best advice they’ve ever received from those head shrinkers.

“I struggle pretty badly with anxiety and I was having lots of thoughts about wanting to die. I wasn’t planning on doing anything, but I’d find myself wishing I’d just get in a car accident or something so that I wouldn’t have to continue living in pain. I felt so guilty for having those thoughts, but my therapist told me something that I’ll never forget.

I was seeing a therapist for anxiety/depression and one of my stressors was worrying about failing a class. We talked about what would happen if I did fail and my realistic next steps. It was uncomfortable to think about but that kind of questioning still helps me today. This definitely wasn’t the only thing that helped me but I am now no longer on Lexapro!”

“I walked in and he asked me what I thought of the plant on the little side table he had. Its vines were hanging off the table curled up as if they were desperately reaching for the light that they were growing so far away from. It looked very sad to me and I painted him a very sad picture when I described it back to him. He looked at me and said good. “Do you know what I see? I see a plant I bought 3 years ago. One I didn’t know how to care for. One that died on me. But after I asked for advice and gave it what it needed, became the plant before you today. It is now green and thriving where it was once brown and withered away. It was dead, but with a little water and light from a lamp look at it now. It is alive again. It is all about perspective.”

That stuck with me. My outlook is still pretty bleak, but I think of that and I try to change my perspective to see the good and better in things. It’s hard. Hard as hell, especially being so accustomed to my ways, but it has helped me so much.”

“To stop making to do lists, and instead make ‘done’ lists. I burned out and I’d make extensive lists of things I had to to, because I thought ‘every time I cross something off that list, I will feel accomplished’. The problem was, I always overestimated what I was going to do so I ended up only doing a few things, and the half crossed list would make me feel unaccomplished.

When I was halfway through the list, i’d think ‘uuuuugh, I’ve done so much already and I’m still not done!’. Now, at the end of every day, I make a list of the things I’ve done. I still keep track of what’s been going on, but I feel more accomplished. On some days I feel like I haven’t been productive, but then I write down what I did that day and I realized it wasn’t half bad.”

“The best thing I learned from my therapist wasn’t anything she said, but how she acted. Never interrupted. Waited until I finished talking, and a good five seconds afterward to see if I thought up more to say. Usually she’d answer with a question, asking for clarification about one thing or another. When she gave advice, it was usually in the form, “I wonder if…” or “Have you heard of…”

Active listening is so powerful. It helps people come up with their own solutions, and think through their own problems. I never realized how much I interrupted people in conversation. It’s not that I didn’t listen to what they said before, but I kept trying to understand it at a glance, and offer my input immediately. Keeping quiet and just trying to understand has led to some great conversations with people.”

“Not moving back into an abusive family environment. It proved to me I could take care of myself.

Back story: I wanted to move out anyways, but after dating someone over two years it just seemed silly not to move in with your long term partner.

Initially my ex was quite smug with a feeling he had helped “save” me from my family. Basically, I found out too late after the break up my ex was covert narcissist. He planned the break up months ahead of time. He made an effort to break up when he knew I would be financially strained. He wanted me to move back in with my family, that he knew all along was abusive. It was no mistake because before we even moved in I told him, “April might be a tough month, as all my bills are due” and picked a few days right after I paid all said bills. I had almost nothing.

I was traumatized simultaneously by the break up and the idea I’d have to move back in with my family. I had less than $100 to my name at the time. I felt f**ked. If you know what narcissists do…. they plan this sh*t. This was no mistake. He knew my thought process would be to assume I’d have to go back home. After I shared all this with my therapist she firmly said, “You’re not moving back in with your family” and lo and behold, shared her wisdom and encouragement.

I put my foot down. In a moment of “F**k you, Pay me” I took my power back and refused to leave until I saved enough money to rent a room and move. It was a very long two months in which the ex was often angry and pompous I didn’t move out “fast enough” to his liking. I had to deal with a lot of bullshit and tantrums but I’m endlessly much happier I didn’t move back home.

Most important, the real lesson, was that I’m capable of doing it alone. The doing it alone was something my family always tried to make me fear. That was the most important reason not to move back home. Not because my *sshole of an ex tried to force me to move back into an abusive environment. Rather, to teach myself deep down, I can be an adult and live on my own. My family was very, very discouraging that I could ever live on my own. As soon as I was a teenager I fantasized about moving out. In hindsight, I see how toxic and horrible it was of my family to try to discourage their children’s independence.

The best advice a therapist ever gave is some of the most important I ever took. There are not words for the growth I’ve been able to have and how grateful I am for it.”

“Healing old mental wounds. Literally talking to your past self and making amends with the bad things that happened to you in the past so they don’t effect your future.

I have panic attacks when I received bad personal news or get into long protracted arguments.

Going back and reliving my bullying in primary school, my parent’s divorce, my failed relationships, my lost jobs, etc has made it a little bit easier to make it through life. Telling myself I made it through, I rebuilt, that the things I lost ended up not being that important.

I still have bouts of panic attacks during times of severe stress if I get into an argument with someone, but in 2018 I went nearly 11 months straight without a panic attack. I used to have them at least once monthly if not twice.”

“Radical acceptance. I struggle(d) with crippling anxiety, every minute every day. My mind was wrecked and I tried so hard to stop feeling and thinking, to stop being that way. She told me to try feeling it, accept that is how I felt, accept those were my thoughts at that time. That by not accepting it I was trapped in it instead of letting it flow through me if that makes sense.

I was getting so stressed by not being able to stop it or control it I was making it worse. It helped quite a lot and took an element of distress away and actually made me feel more in control by giving up the need to control it.”

Meaning, take on a new responsibility in your life, even if there’s risk in failure. For me, the first step was adopting a dog – I immediately felt like “the stakes were raised” in my life, since I had this little creature who I loved and depended on me. I always wanted to get a dog, but was always anxious and nervous about not being able to take care of one properly… turns out, when you thrust yourself into a situation like that, more often than not, people will do the right thing and rise to the occasion.

I think it kind of taps into the phenomenal human trait of adaptation, and I’ve tried to apply that to all areas of my life now, by adopting a “growth mindset.” I’ve gone in to do pretty well so far in my career, got married, kids, house, etc. and have my depression pretty well under control now, and I think that basic idea of “raising the stakes” in my life has been key.”

“I was really struggling to cope after leaving an emotionally abusive relationship yet still having be made by the courts to send the children to their father’s where the emotional abuse continued. The case was protracted through family court as we both wanted full custody but South Australian law allows for ‘meaningful time with both parents’ and they did not feel emotional abuse was a significant reason to keep them from seeing their father.

I was struggling with feelings of powerlessness, being being a failure for not protecting them and anger at the courts for allowing them to continue to be abused. My psychologist friend told me ‘There’s no justice in law.’ This helped me separate my feelings of what I thought was fair and the realities of the legal system.

Additionally- before fielding comments on how awful it may seem for me to not want my kids to have contact with their father, they refused to see him when they were 9 and 11 due to his emotional and narcissistic abuse and both have developed severe anxiety disorders. Which is exactly what I was trying to protect them from.”

13. Take care of yourself

“Treat yourself as you would treat a small child. Would you only give them fast food? Deprive them of sleep? Let them lay on the couch all day?”

“You are in control of your life. Not your parents or friends or boss or the society. You may be shaped by them but you can’t live your life blaming them for everything and not doing anything to improve your situaiton.”

“F*ck what they think. You don’t need approval.”

It was perfect, in context to what I was ruminating over. I was a teenager at the time too, so hearing an adult curse in my defense was the coolest. It reached me where I was at. It was the only time that’s happened to me and I still cherish it, because it helped.”