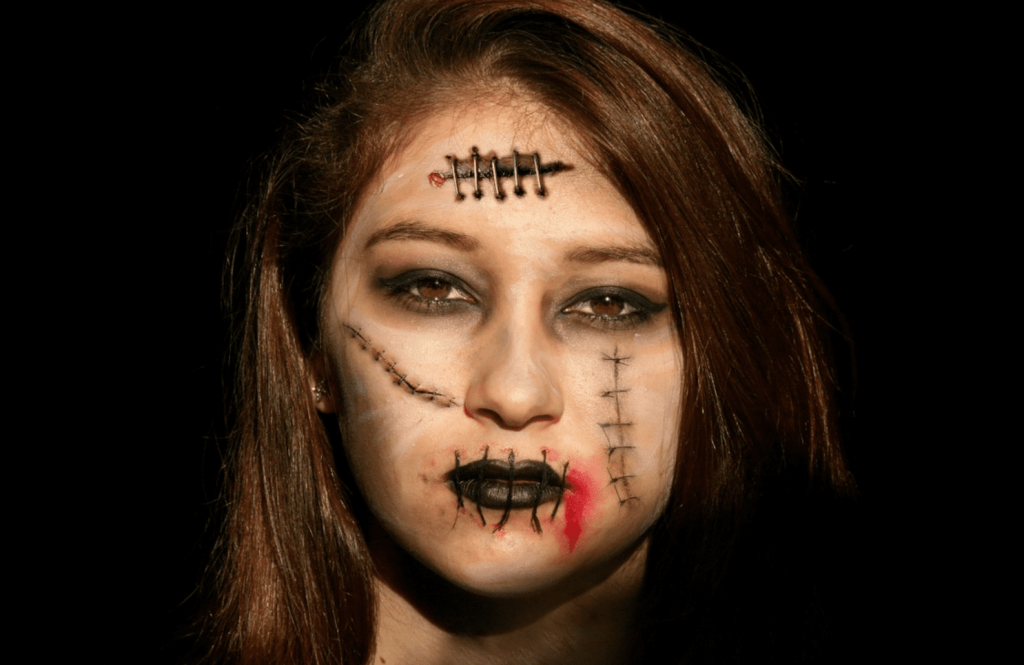 I have a few quality scars on my body. One is from when a kid on the school bus in 8th grade (he shall remain nameless) cut me on the hand with his homemade wooden knife. Another is from getting burned by a piece of plastic that melted onto my right-hand ring finger. That was about 25 years ago, and it still looks fresh! (PS: we were really smart kids).

AskReddit users tell us the stories behind the scars on their bodies.

How did you get your scars? Share your stories in the comments.

1. A black eye for Christmas.

“I have a scar on my eyebrow from when I was an asshole 4 year old. I threw a tantrum and tried to pick up a small plastic kids table to throw it over my head. Instead I dropped it, the leg hit me with a sharp broken edge on the eyebrow/eye, I started bleeding, and I had a black eye for Christmas.”

“I was making a paper plate mask in grade 3 and stuck a pair of scissors through the plate for eyes… Right into my other hand.”

“I have like 5 or 6 deep ones in both eye brows from hockey and hair doesn’t grow there very well so they look all weird.”

“I was four. I was bouncing on a beachball. My mom told me to go upstairs to bed, so I thought I could bounce up the stairs on the beach ball. I missed the first step and got stitches in my forehead. That’s kid logic for ya.”

“When I was 15 I had keyhole surgery for appendicitis. Three barely noticeable scars, one of which is in my belly button. Unfortunately, something was left inside me and the morning after being discharged I woke with a fist-sized cyst on my abdomen.

I had gone septic and had to have whatever was left inside of me removed via non-keyhole surgery which left me with a neat straight line scar about 12cm long. Also had to have a drain into my lower abdomen so I’ve got a big ol’ hole about 6cm below my belly button. Unsightly as hell.”

“I have a pretty noticeable scar on the right side of my neck that often gets mistaken for a really bad hickey. The story I tell everyone because I’m sick of explaining is that I was stabbed in the neck with a knife. The real story is that when I was 5, I had been scratched in my eye from one of our house cats while I was asleep. The scratch had infected lymph nodes in my neck, causing it to become extremely swollen, where it was difficult for me to even breathe.

Doctors were baffled by what it was, where I spent several weeks/months in and out of the hospital. They speculated it was lymphoma at the time. I had my neck drained from the fluid from massive syringes that I still have nightmares over, and also have a paralyzing fear of needles. The scar ultimately came from me undergoing 3 separate surgeries where they removed infected lymph nodes from my neck, and late discovered I suffered from a very severe case of cat scratch fever. Yes it’s a Ted Nugent song, and yes it also my anthem.”

“Got shingles on my face as a teenager. Do not recommend. The bonus though is that the scar kind of looks like a love heart.”

8. Probably not a great idea.

“Catching a peacock. They have sharp talons.”

“My brother and I were playing WWF in the house (even though we weren’t supposed to!). He grabbed the back of my head and slammed my forehead into the “turn buckle” which was the wooden corner of the arm rest on our couch. Blood started running down my face, he ran and hid under his bed. I got 7 stitches in my right eyebrow.”

“I have what I lovingly refer to as “Jesus Scars”.

When I was 13, I was trying to pry something apart with a chisel and stabbed myself in the right hand by accident.

When I was 23, I was using my box cutter at work to separate some boxes and cut my left hand in almost the exact same place.

Cant wait to see what stupid thing I do at 33.”

Flint rock on my bare foot at 3, many stitches

“I have a big scar down the center of my chest, and 2 little “star scars” right under it.

I had just turned 3 and I was at my grandparents’ house with my family. My older cousin was spinning me around in a swivel chair. I fell off of the chair and landed on my side, on top of my grandmother’s knitting stuff that was sitting in a basket by the chair. A knitting needle went through my side and pierced my heart. My aunt thought the needle was just caught in my shirt, and ripped it out of me. I went unconscious almost immediately.

By time I got to the hospital, I had lost a lot of blood and the doctors basically told my parents to prepare for the worst. Luckily, there was a badass heart surgeon there that performed emergency open heart surgery and saved my life! The star scars are from feeding tubes that were hooked up to me post surgery.

“Two scars on my left arm:

On my wrist from a bicycle wreck

On my bicep from when my arm was blown open by a homemade pipe bomb.

I was working a sketchy, under the table semi truck washing job. This job is typically done on a weekend when the trucks are home, usually on an unsupervised lot or farm.

A person we worked with, Person A, loved pranks. Their favorite, was to stuff some Piccolo Pete fireworks into a plastic 2 liter bottle and toss it at someone. Being plastic, the bottle would melt, and just make a super loud bang, scaring the shit out of someone.

Well, Person A had someone working him him, Person B. Person B also loved pranks, and tried to mimic Person A’s prank, but with PVC pipe instead of a plastic bottle. r/whatcouldgowrong

Person A tossed it my way. How neither of them knew PVC pipe would frag out instead of melt, is beyond me. So I’m washing this truck wheel, when out of nowhere, I get flashbanged Call of Duty style. Loud bang, vision went white, and all I could hear was ringing. I remember screaming “what the fuck”, but not because I heard myself say it; because I felt my vocal chords vibrating so hard.

Anyways, I come to, and my arm is just red. Completely red. I try to spray it off, but my boss is sheared and spewing water everywhere. My buddy nearby was also coming to, and saw what happened, so now we’re both in panic mode. I end up getting rinsed off, and I can see into the muscle of my arm. We get a towel wrapped around it, and get me to the hospital.

The wound itself was somewhat of a lightning bolt shape (Like Harry Potter’s scar, or the Metroid logo). So the doctor had to cut out the jagged inside to create a clean hole to stitch up. Fucking gnarly. 8 stitches. Being a stupid 19 year old with no money or understanding of how a lawsuit would work, I didn’t want to make a huge deal out of it and told Person A, you either pay for all of this and we leave it at that, it I sue the shit out of you. They paid all my medical expenses, and we left it at that.

And 6 years later, the story lives on through Reddit.”

“I backed my arm up against a barbecue grill when I was younger. I was the perfect height to get my entire upper arm. Elbow up to shoulder. I still have noticeable scars 20 odd years later.”

“Ben Carson looked at my brain.

Had craniosynostosis when I was born and he went in to put some bolts in my head. 152 stitches across the top of my head.

His politics are whack but dude saved my life.”