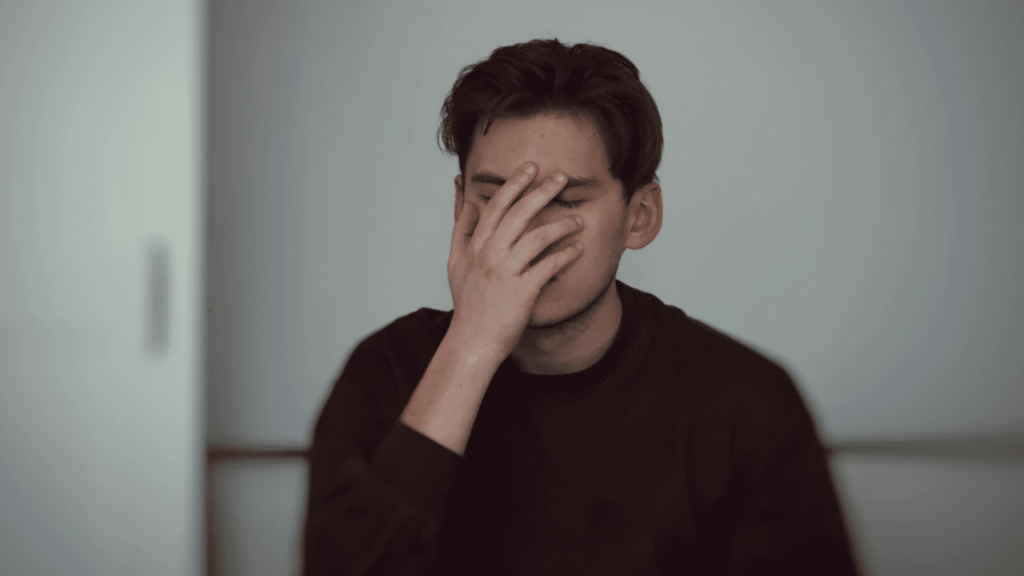 We’ve all seen really bad cases of favoritism and nepotism in our lives.

Maybe it was in school, maybe at work, or maybe it was from when you were a young kid playing sports.

I always loved that one.

Playing favorites is everywhere, no matter how old you are…and here’s the proof from AskReddit users.

“At the end of our senior party that was organized for my school, they had a raffle with a bunch of expensive prizes. Every single parent who helped organize the raffle had a child who won big and the main organizer had her son win the $2,500 grand prize with the not suspicious speech of  “and of course, the winner of the grand prize is Charlie.”

Yeah fuck that shit, I walked out with a 5 dollar gift card to an ice cream shop that had already gone out of business.”

“Two AP Math teachers at my school were married to each other, and had a daughter who went to the school. They ran the math department had each department would name a student for some kind of grant or scholarship.

You’ll never guess who they chose.”

“Way back in elementary school, I had three classmates (“Kim”, “Kelli”, and “Kristi”) whose mothers handled all of our classroom parties. We always had an egg hunt around Easter. The three students who found the most eggs won chocolate bunnies.

We had about thirty kids in our class, and all of us were to bring in three eggs to be hidden. The teacher would pull down the window shades so we couldn’t look outside to see where the moms hid the eggs on the playground. Every year, from kindergarten through 6th grade, those three classmates always found the most eggs, up to a dozen each usually, while the rest of us rarely found more than one or two.

Some never found any. The girls eventually confessed that their moms told them they would hide piles of eggs behind specific trees near the doors while telling the whole class, “The eggs can be anywhere on the playground!”

One year, a boy found an egg that would have put his total in the running to get a chocolate bunny; he was told it didn’t count because the moms didn’t “remember hiding that one”, so the bunny went to “Kristi”.”

4. Don’t speak to them anymore.

“When I was 16, my 13-year-old sister got a brand new cellphone. I never had a phone, and I still didn’t at the time.

I worked 3 jobs in college just to survive. My parents paid my sister’s tuition, rent, and bills. They also got her a brand new car. I spent my college years working and using public transportation. My sister spent hers partying and going on road trips with her brand new car.

When I graduated college, I got nothing. My sister got a brand new MacBook, which was stolen a few months later because she left it in her unlocked car.

My mother constantly told my sister that she loved her growing up. My mother only said it to me once, in the context of “I love you, but I don’t like you”.

I have plenty more of these stories. And, no, I don’t speak with my parents or sister anymore.”

“My friend is the middle child he had to find a job when he was 16 to pay for his car by himself, work full time through college to pay for it by himself, and had to pay for his new house and his parents didnt offer any help in fact they packed up all his stuff while he was at work and dropped it off in his garage and said good luck.

While his siblings did not have to work in high school or college, parents paid for their cars and paid for most of their college when his older brother got a house they offered to help pay.”

6. Taking credit for the work of others.

“My work bosses at my one job in college basically allowed their “favorites” to steal my ideas and take credit for it or often yelled at me for others actions I tried to fix. When i tried to explain myself, they never listened. Kept saying it was excuses or just ignored me.

Or i’ll never forget the time two coworkers took all our equipment for the weekend when they were in another state for a convention leaving me to use the bad camera to film the event i had to work. What did they get; a slap on the wrist.

What did i ever get if I fucked up in the tiniest detail, lots of shit/bias towards against my ideas but always using them/or making me feel like i never mattered when we worked together.”

7. Pump up those grades.

“In my school a kid got put into the top class despite his grades being very bad.

He was a relative of the school board chairman.”

“My nephew’s school had two students who won a contest all by themselves.

They got a chance to meet the Prime Minister and show their work. But at the last moment, the principal insisted they add his daughter to the team.”

“My childhood bully was the principal’s son. He never got in trouble for picking on me, trying to hurt me, etc. I got 5 day in-school suspension because he hurt his hand hitting me.

One of my teeth grazed his hand so I must have bitten him without provocation.

“There was a woman at my old job. She was an absolute talentless bitch with no social skills. She would constantly have a falling out with her coworkers because she was an annoying nosy idiot who couldn’t keep her mouth shut.

However, her husband was really high up. He was a senior manager and extremely good at his job too. So whenever his wife screwed the pooch and people started complaining to their union representatives, she got hopped from her made-up position to a brand new made-up position.

All jobs which pay management rates, but which also could be done by afresh business administration graduate for $10 an hour.

The only saving grace was that her husband knew his wife was useless, so he never leveraged his position to punish the people who complained. I don’t know if he ever ran out of departments to put her in. Pretty much everyone hated her guts.”

“When I was young me and my sisters had a nanny because my dad worked all the time and didn’t trust us alone. But this bitch HATED me and didn’t try to hide it one bit. She would totally ignore me, take my sisters out and leave me at home.

She also more than once said that I wasn’t allowed to talk to or be around my sisters. And the best part of this is that I just learned she used to take my sisters aside and tried to make my sisters talk shit about me and how awful I am.

The great thing is that my sisters had zero issue with me, it was only her trying to make them hate me. She ended up totally separating me from my family and constantly talking shit to me and getting mad at my sisters if they stood up for me. But ya know, they were loved and taken care of and shit. I don’t like her.”

“Parents gave my sister a car and paid for her college and I received a check for $100. She’s a loser and they wasted so much money on her, she totaled multiple cars and has a masters and bachelors degree. She works at a gas station.

Update/info: Both girls, she’s a couple years older. Since her first job she’s never liked being told what to do and had a bad attitude but a good student. I think the real world scared her so she stayed in school. She’s been at the gas station for a few years. I don’t have a degree but I’m an account manager for a luxury dealership.”

“My 10th grade English teacher told our entire class that she always made sure to give the 5 Asian students in our class higher grades on assignments because “they didn’t speak English that well.”

All 5 of them spoke perfect English, had been in our school district for years, and I think all but one were born in America. It was also an Advanced English class.”

“My sister is 26 and still having everything paid for by my parents. Bachelors at a private school, masters, study abroad, flights to and from colleges, 2 new laptops, allowance money. She even decided to go through with a trip to Greece in late March when travel restrictions were already in place and got stranded when her return flight was cancelled.

I was told I could only afford an in-state school and stopped receiving any and all financial support at 20. Trying to pay rent and go to school almost killed me my last 2 years.

I love my parents and my sister, but I wish they would acknowledge that they “put all their eggs in her basket”. She was 10th in her class, pretty, popular, in a millions clubs and a first-team lax player. I got decent grades, 3.5gpa, and was great at english, art, history and struggled, but tried really hard in math.

I played sports and lettered in on 2 teams although was never the star. I feel like I was good just not AS good and they decided to just devote all resources to her.”

“Had a step brother who was my same age. He asked my stepmom if he could spend the night at a friend’s house and she said yes.

I then asked her the same question and she said no. I complained that other kid got to go and said it was unfair, so she grounded me. That was 23 years ago and I’m still bitter.”

Some of those answers really made my skin crawl…

Now we want to hear from all the readers out there!

In the comments, please share the most ridiculous stories about favoritism and nepotism that you’ve witnessed in your lives!