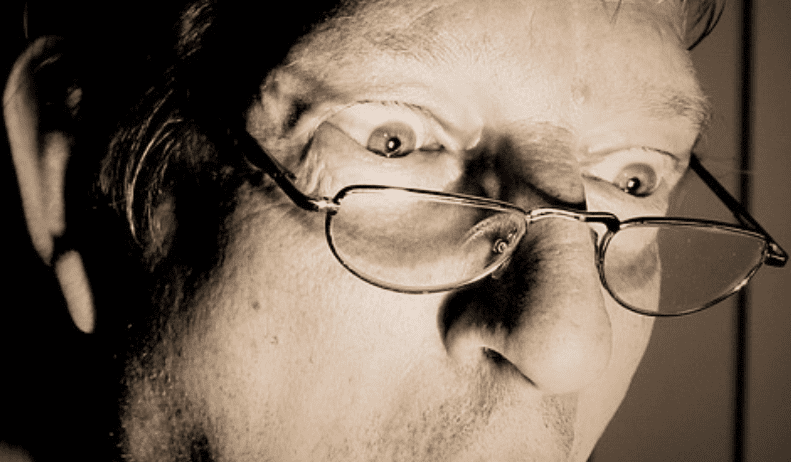 Are you ready for horror movie season?!?! September is officially (but not officially) fall, and that means it’s practically October! We’re so close…

But for some of us, horror season is a year-round obsession. And if you’re like me, you’re gonna love these jokes about all things creepy and scary.

when they always ask u why u killin them but they never ask whats killin u pic.twitter.com/duFZ7bKddH

Hollywood done got to Chucky. This mf done got Botox, a eyebrow lift, facelift, and fillers. Smh. pic.twitter.com/ii5UvE8i6d

3. That’s true. Always a researching at the library scene.

How Michael Meyers gets ready before his kills pic.twitter.com/8XWcvvCNtM

5. The loudmouth always gets it first.

kid in a scary movie outside a haunted house: ok we saw it can we go now

kid who will definitely die in 12 minutes: what are you C H I C K E N

7. You really blew it this time…

Tbt to Halloween when I dressed as the babadook but my friend's house had more of a grown ups drinking wine vibe pic.twitter.com/PoGKUFeLLw

8. Both creepy in their own special ways.

scary movies need to step their game up. I’m not tryna to be just “spooked” I want to be shook so hard I permanently vibrate for the rest of my life. that’s what I want. that’s what I need. thank you

12. They’re trying to make you let your guard down.

“It’s not even that scary a movie, it’s more of a thriller” – someone who is fucking lying to you

how did chucky manage to murder so many people??? just pick him up and yeet him in the bin. he's a doll

15. Ghostface doesn’t have time for that right now.

Ghostface: What’s your favorite scary movie?
Me: Well, I just binged the works of Amando de Ossorio. His quartet of “Blind Dead” films started the Spanish horror boom of the 70s. What they lack in characterization they make up for in mood, plus…
Ghostface: Jesus (hangs up)

I’m so excited I could scream for joy.

What are some of your favorite horror movies? Share your thoughts in the comments!