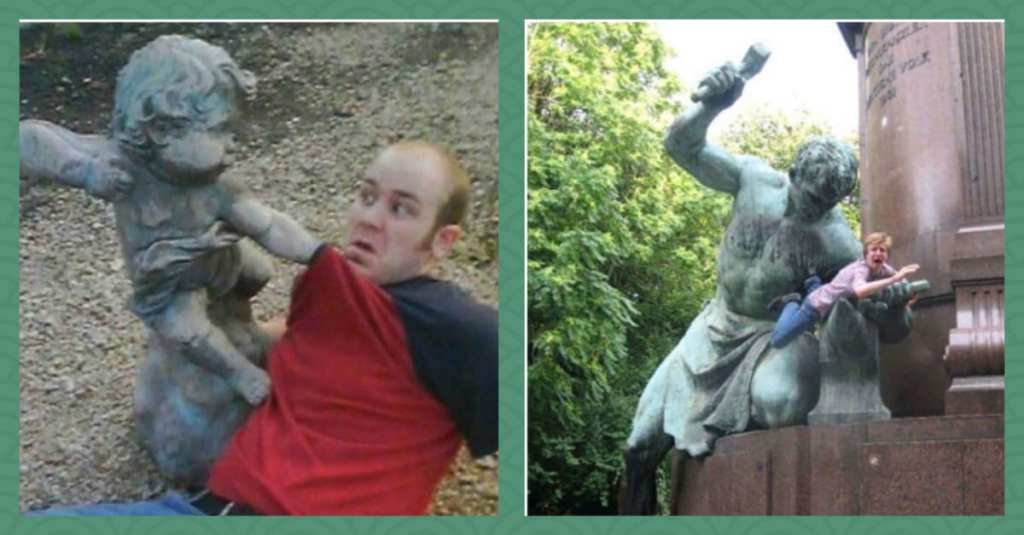 15 Statues That Have Had Enough of Our Crap

There’s something of a war on statues these days – at least, on the ones that pay tribute to jerkfaces who were on the wrong side of history. Historically oppressed people don’t really enjoy looking up into the eyes of their oppressors when they’re just walking down the street, and really, can you blame them?

These 15 statues, though, are fighting back – at least, that’s the way these people imagined things going down.

You’re supposed to use a flat hand…or at least have a safe word. 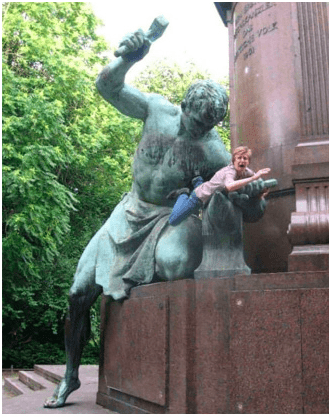 14. This one is darn near perfection.

Her expression! Her hand position! 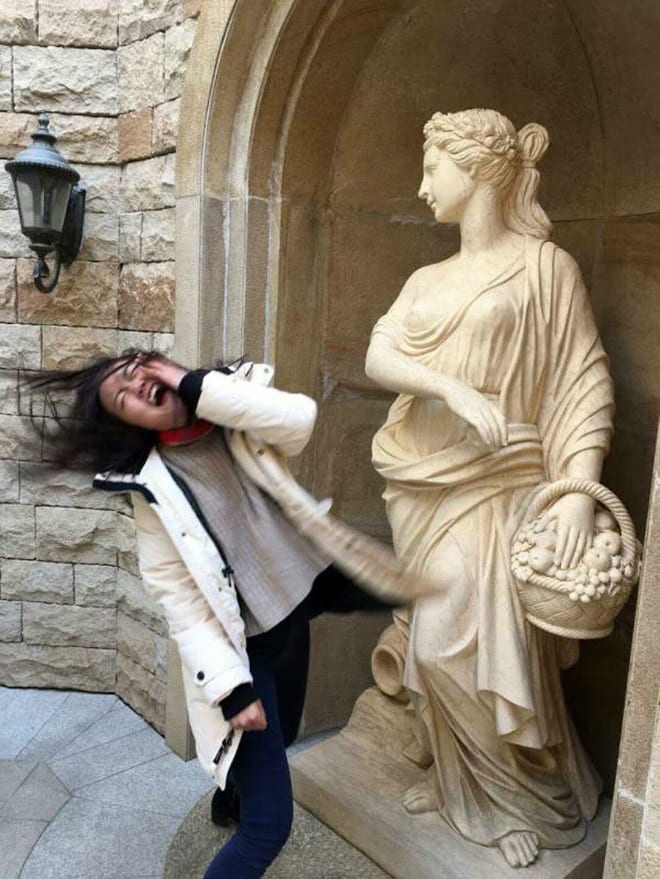 The ones that look cherubic are always the meanest. 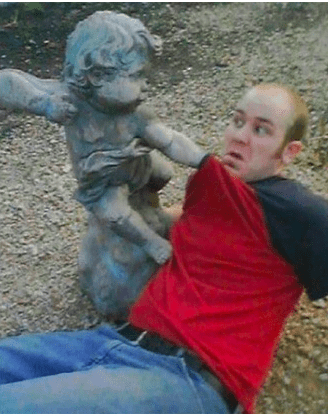 12. I think that second and third blow are gonna hurt.

Perhaps not as much as the first, though. 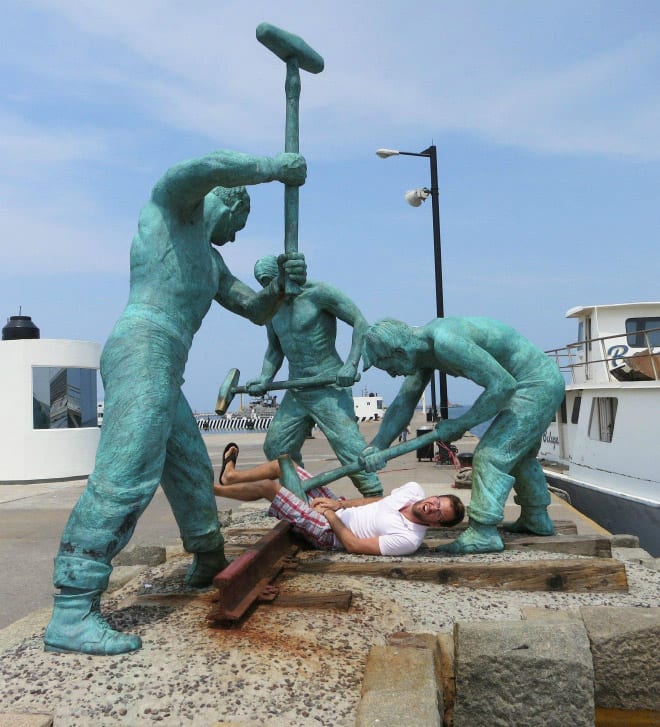 But they do have those bills/beaks/whatever. 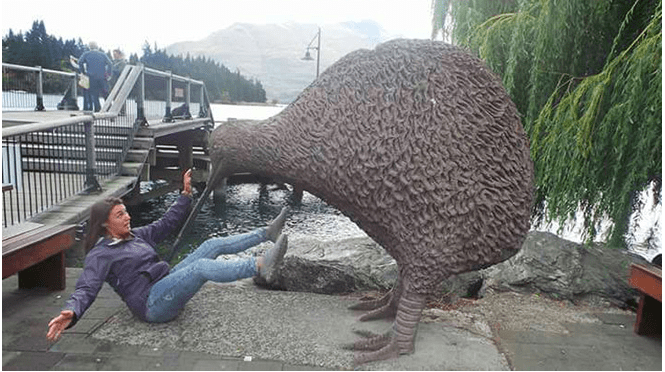 Those are the ones you gotta look out for. 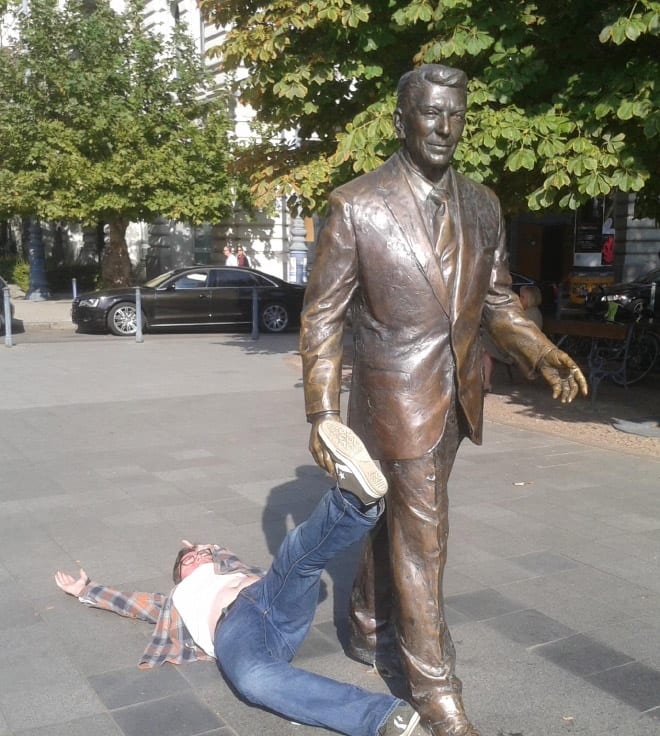 Sorry about your head, though. 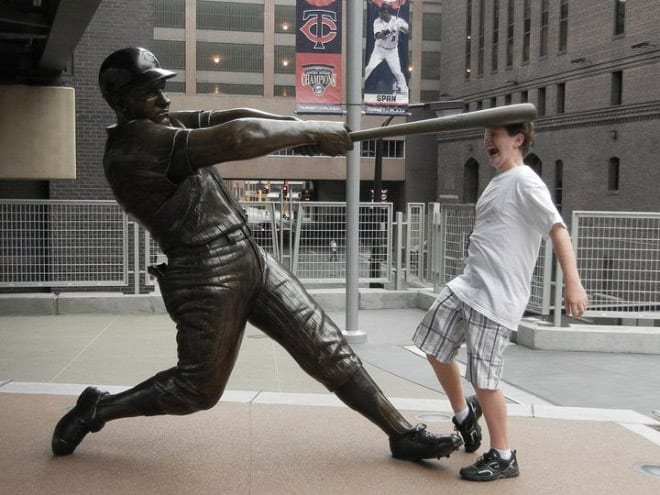 He may not have a future in acting but he’s giving it his best! 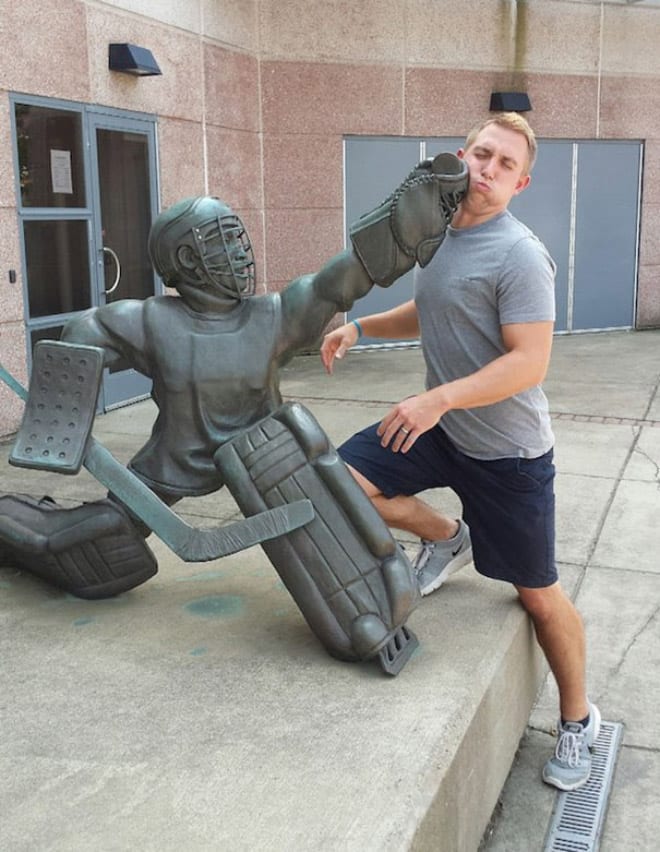 7. Smoking a cigarette, too.

That is cold blooded. 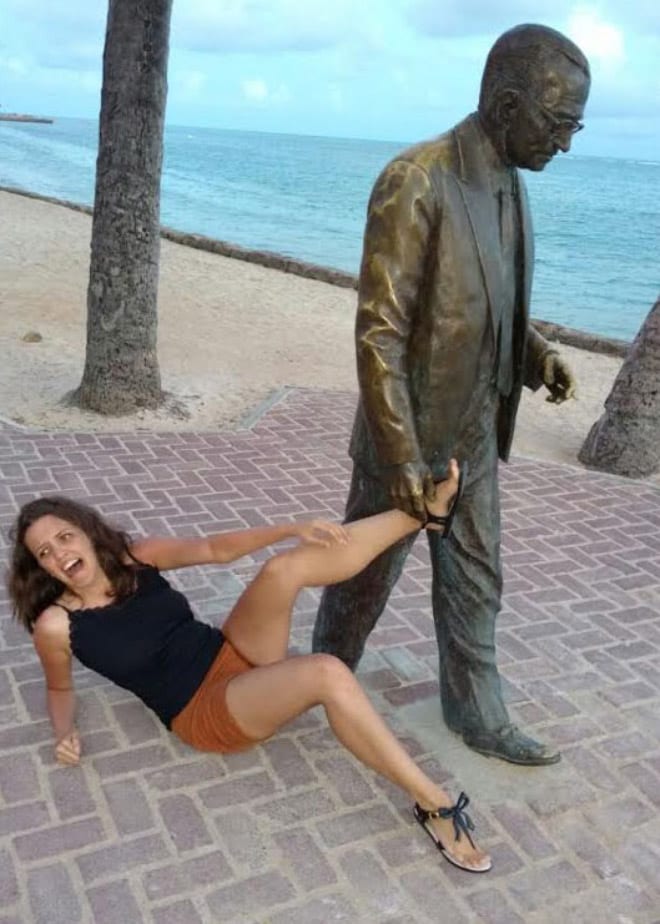 6. I want to know who helped him up there.

And whether or not this is voluntary. 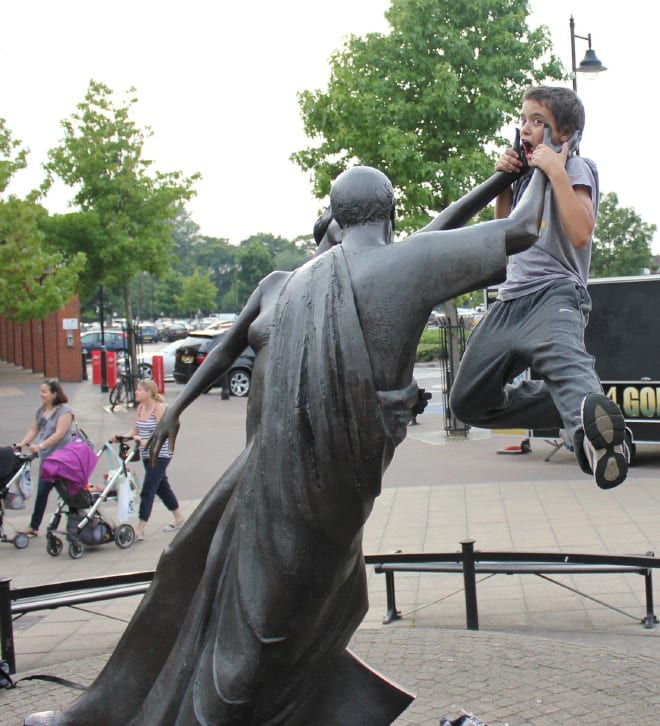 Or maybe the big guy owes his boss some money. 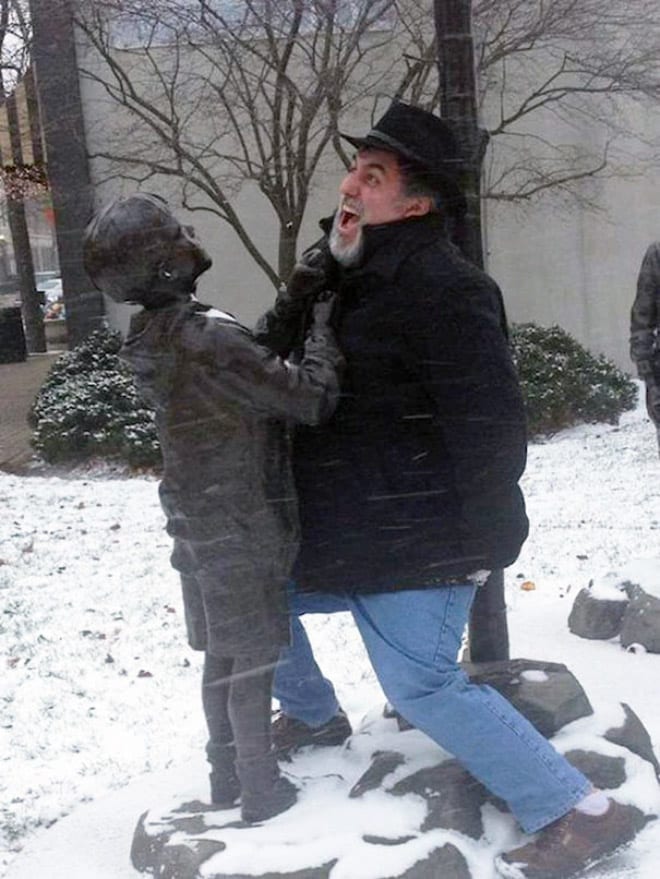 Also, that statue is scary. 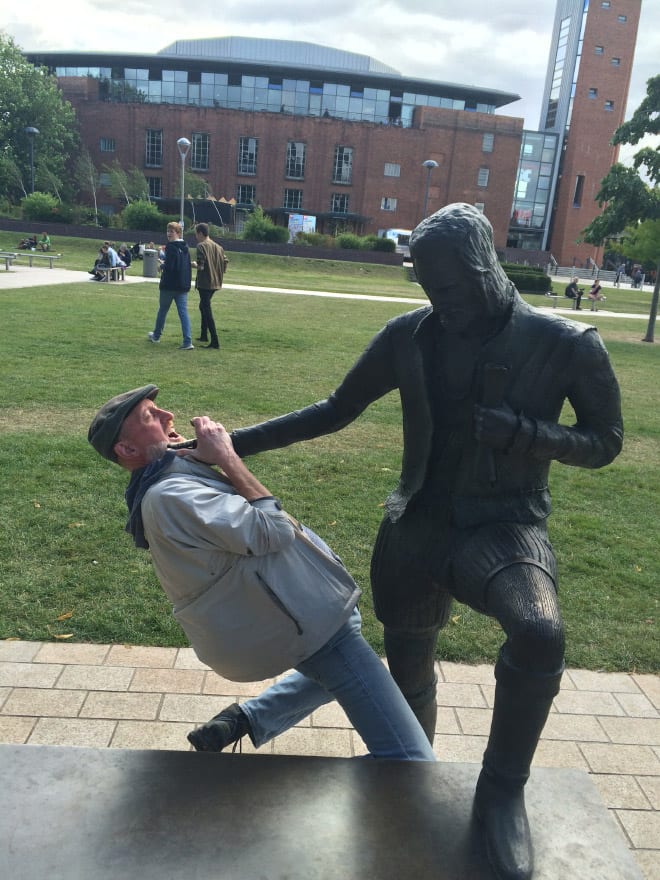 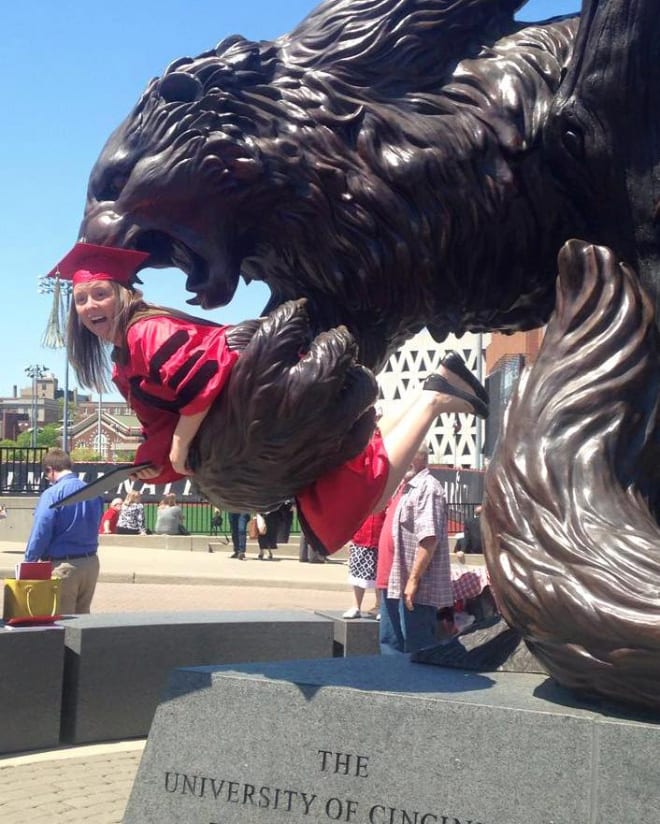 You know it took awhile to pick up all of those papers. 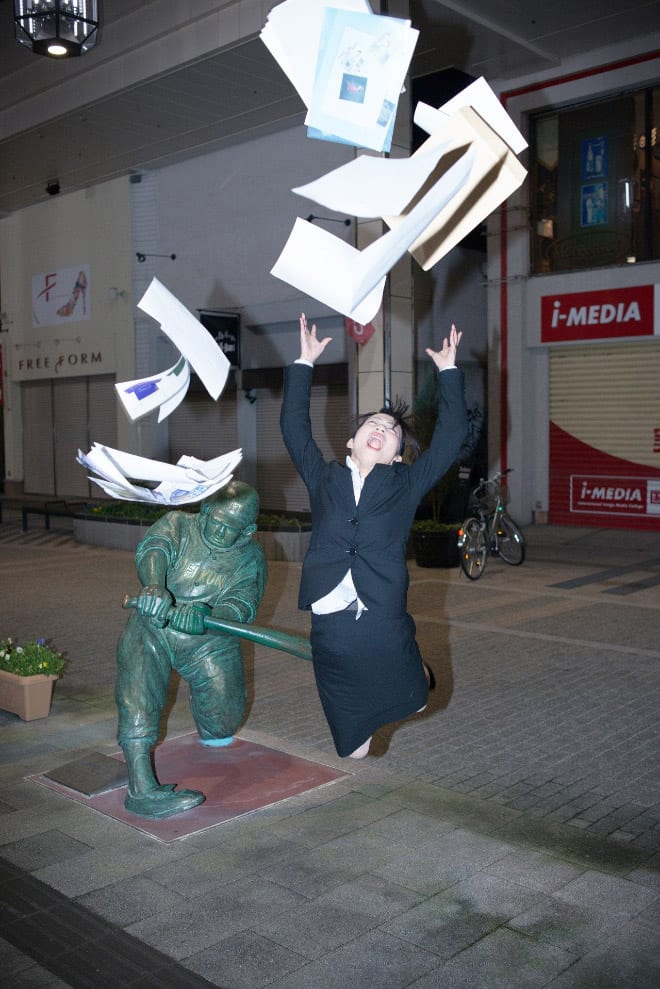 1. That is one tall statue.

Or one short kid, hard to say. 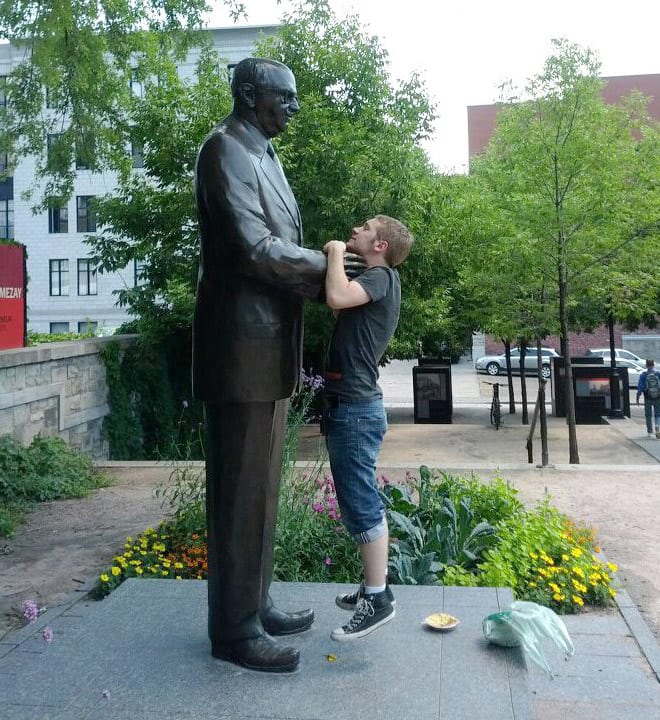 I’m cracking up – people are so creative!

Which one of these was the coolest idea? Execution? Give us your opinion in the comments!