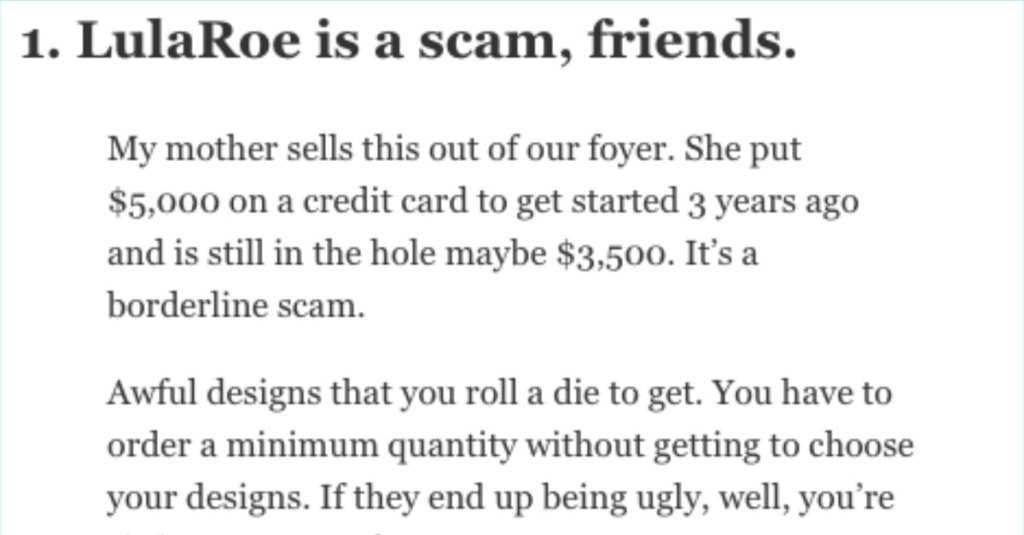 It can be hard to know which brands to support and which to avoid, especially if you want to be a conscientious consumer. We don’t want to purchase products from companies that exploit children, who don’t care for their workers, who source meat from farms where animals are treated badly – and that’s just the start of the list.

If you’re someone looking to be responsible in your consumption, here are 16 brands people say to avoid.

Fashion Nova is horrible. Fast fashion is a HUGE issue.

Lumber Liquidators should be on here.

They keep getting caught poaching endangered trees for hardwood flooring.

Ever since they said water isn’t a human right, I’ve tried to avoid Nestlé products but it’s hard: they’re everywhere and sometimes you don’t realize that a brand is a subsidiary of Nestlé

hey everyone check out the #payup movement.

people like kylie jenner haven’t paid workers in Bangladesh for like months now. There are people there surviving on a bag of rice for a f*cking month

it’s not just her, there are heaps of more brands doing this. The same brands that have been supporting BLM and hashtagging on twitter – turns out they’re a bunch of c&nts.

If I could ditch the over priced insulin, I would in a heart beat but you know, I’d like to live.

Victoria’s Secret, among many others.

VS has most of their exorbitantly priced items made by free prison labor.

9. Why aren’t there better ticket options?

Pearl Jam tried to sue them back in the day. No success.

All MLM and “network marketing ” companies.

Walmart, the humane society, I’m sure there are more but I can’t think of them at the moment.

7. No one respects teenaged girls.

Sinful Colors nail polish. 10+ years back my sister told me about how they took her friends nail art pictures and used them for marketing purposes.

She asked them to either give her credit or take them down and they refused.

6. When the money doesn’t go where you think.

Humane society of the United states. I worked as a volunteer for them in the office and saw how little money they take in from adoption and donations actually goes to the care of the animals. Most of it goes into administrative, (CEO, shareholder,etc) and media expense.

Its run like a school board runs things allocating money to the ones in power and upgrading their offices etc, instead of to the schools where it’s needed. They don’t vet their foster parents or workers either. I’ve seen so many workers abuse the animals in the shelters.

I refuse to buy from Wish.

4. The term “banana republic” isn’t cute at all.

Chiquita Brands International because it’s the continuation of the infamous United Fruit Company.

United Fruit Company is the company that engineered a massacre of striking workers in Colombia.

Backcountry.com and it’s affiliated websites. They hired a bunch of lawyers to sue small businesses using the name ‘backcountry’ anywhere in it’s name or tag line.

Many of the companies were much older than backcountry.com. They have since sent out a ‘sorry we were caught’ letter, but there’s too many other outdoor companies that are run ethically, I can’t justify buying from backcountry.

2. They own so much of our online lives.

1. LulaRoe is a scam, friends.

Awful designs that you roll a die to get. You have to order a minimum quantity without getting to choose your designs. If they end up being ugly, well, you’re sitting on assets that no one wants.

For the smaller retailers, it’s basically a constant loop of buying items, then selling them at wholesale prices to other retailers because no one wants them for retail prices. So yeah, you get your money back. But remember, you spent $5,000 to play this game.

The company also appears to care very little about its “consultants.” They leave you in the dark while they bribe you with perks and prizes for making milestones in sales, but really you “earn” the ability to purchase the prizes.

My mother recently “won” a cruise, but it turned out she still had to pay the full price of the trip. You sign up under successful retailers because you fantasize about making bank like they are, but you soon find out they got special treatment to get to where they are. The company plays favorites and lets certain people choose which items they get, or even pick them out of a bin at the LulaRoe warehouse.

They’ll often get priority when a new “launch” happens, where these favorites get to place their orders first. And because they’re the favorites, they have more money to spend and very quickly buy out all of the popular items before the smaller retailers even get onto the website. The favorites get insider information to boost them even further as the icons of the company.

It’s a winner’s game. The little guy is screwed but the big players push them to continue because “look where it got me! I’m rich!”

I always want to do better but it can be hard to do the research on your own.

Are there any brands you would add to the list? Tell us what and why in the comments!