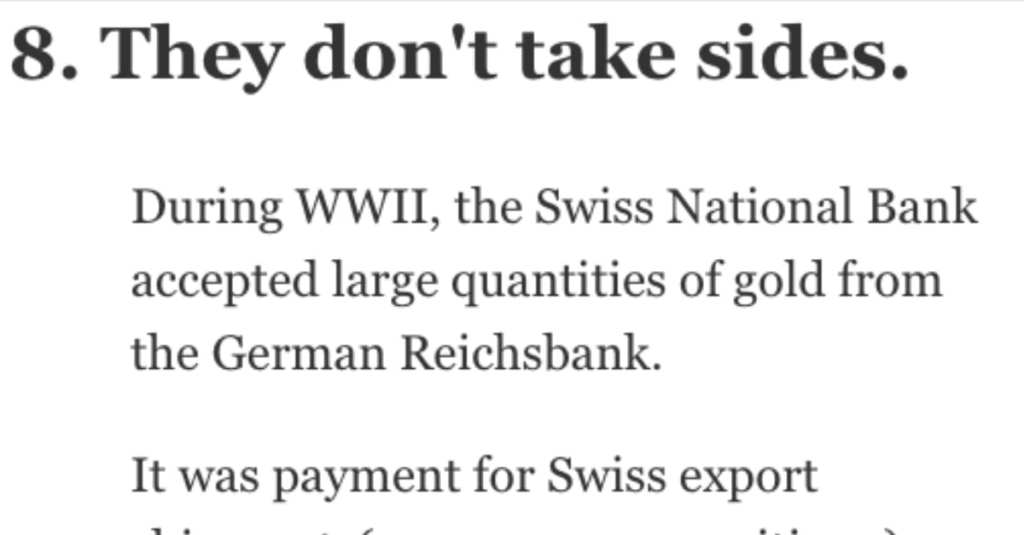 There are some countries in the world that a majority of people would say they would love to visit – Italy, France, England, China, Ireland, Australia…

My list actually goes on and on, because there’s hardly anywhere I wouldn’t like to go if I had the chance!

Some (or all) of these beloved countries have dark histories and lesser-known facts, though, so before you visit, here are 16 things you might like to know.

16. That’s not the worst thing they did during the war.

The Japanese were worse than the nazis in some ways. The difference is Germany knows their dark history and paid for it.

Japan swept it all under the rug and never paid for or owned up to their war crimes.

In Egypt , sexual harassment is like the air , everywhere. Something every woman must live with.

I don’t know if it’s the same now, but I travelled around Egypt for a few weeks in the late nineties when I was in my early twenties. I had a couple of rather forceful attempts against me (as a man). I learnt to be quite careful using a public toilet.

Here in Colombia we have enough material to have a dedicated post, but for mentioning one….

In 1928, a banana company workers ceased their production and got in protests. They wanted better work conditions because They worked a lot for the crap of payment they got.

The government’s response was send the national army to shoot a place where between 2000 and 4000 people were sleeping or relaxing. Officially 13 people died, but the people there told that number was faked and the death counter was a lot higher

New Zealand has one of the highest youth suicide rates in the OECD.

New Zealand also has some of the highest rates of bullying (in school and in the workplace). Everyone talks about how nice Kiwis are… but in addition to the ‘macho’ culture (and maybe along with it) there is this big, dark, ugly underbelly of wide spread bullying.

I can imagine that this very much contributes to high suicide rates.

Mongolia wiped nearly 11% of the ENTIRE world population off the face of the planet.

The largest acts of mass killing/genocide in human history.

It literally changed our carbon footprint by an estimated 700 million tonnes of carbon in the atmosphere during the 13th century.

The Dutch once ate their prime minister.

When Johan de Witt – the ‘Grand Pensionary’ (in effect, prime minister) of the Dutch Republic – was killed along with his brother in 1672, there are accounts of some among the mob taking parts of the bodies and eating them.

New Zealand: high rates of child abuse, hidden poverty and a housing crisis on the brink (not enough housing and what there is is extremely expensive to both rent and buy and rapidly rising at a ridiculous rate. It’s also not particularly high quality).

On Toronto’s beaches up to the mid 1950s, it was common to see signs that read “No Dogs or Jews Allowed.”

During WWII, the Swiss National Bank accepted large quantities of gold from the German Reichsbank.

It was payment for Swiss export shipments(weapons, ammunition..).

A large part of this Reichsbank gold had either been looted by the German occupying forces from the stocks of the occupied countries (Netherlands, Belgium, Luxembourg, France, Poland, Czechoslovakia, etc.), or it came from the victims of the Nazi persecution of the Jews [Holocaust].

Canada had a cult leader named Roch Thériault of Ant Hill Kids who did some VERY VERY disturbing things to his followers and the children.

Also the podcast “Cults” had an episode on them but they even left out the worse things they did.

Canada is the biggest producer of asbestos in the world, although using the product is banned in the country.

“In 2009, about 9% of the world’s asbestos production was mined in Canada. In late 2011, Canada’s remaining two asbestos mines, both located in Quebec, halted operations. In September 2012, the Quebec government halted asbestos mining.”

5. No one teachers this bit of Western history.

France had concentration camps… in 1936 for Spanish immigrants who fled the Civil War.

They also had concentration camps in Algeria in the 1960’s, and a weird bit of bureaucracy where they didn’t call them camps.

Norway used to suppressed the natives from up north, by separating them from their parents and forcing norwegian culture upon them.

Learning norwegian and how to live like a norwegian.

Yes.. Uncle was working for UN during the whole Bhutanese Refugee situation in Nepal. He said they were kicked out by the country. There is a large Bhutanese refugee community in Baltimore.

From the 1700s up to 1996, Ireland was home to “Magdalene Laundries,” basically labor camps run by the Catholic Church for “Fallen Women” who had sex outside of marriage (a lot of time the women were SA survivors who’d been molested/impregnated by priests or male relatives)

1. They can keep their lips sealed.

If you’ve ever looked at a country like Liechtenstein on a map and wondered how a country that small can maintain a flourishing economy the answer is that they’re one of the largest offshore banking sites in the world.

Most people only think of the Cayman Islands when it comes to offshore banking but the Cayman Islands aren’t even close to being the only place where rich people stash their money to avoid paying taxes on it. Most of the places that do it are territories and not countries (the Cook Islands, Anguila, Jersey and Guernsey are a few other big offshore banking sites) but Liechtenstein has made it the core of their economy.

I had no idea!

Do you know any other weird facts about these countries that might give people pause?