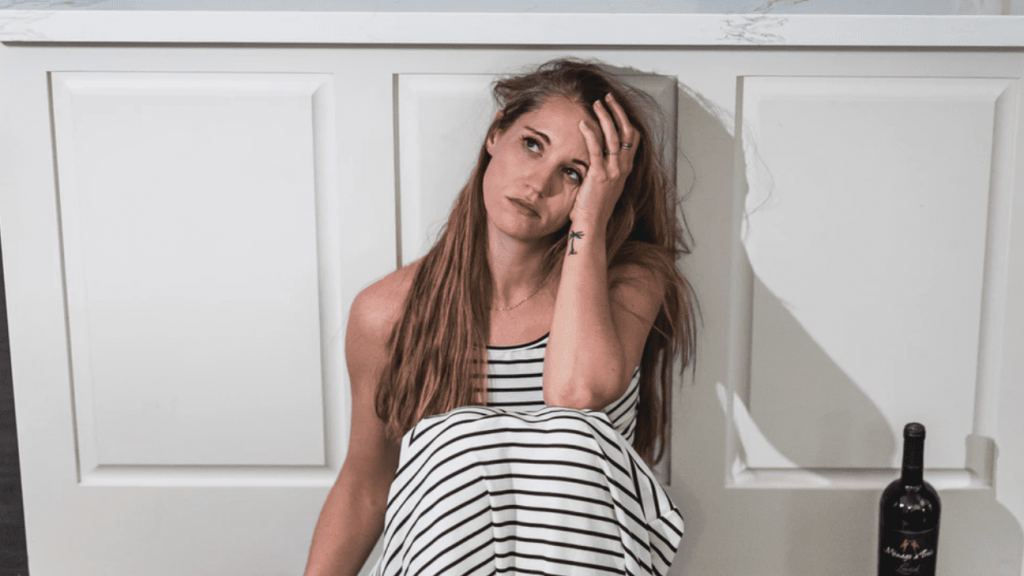 When I was a kid, I was a total worrywart.

I’d lay in my bed at night and just think of all of the terrifying things that might happen: World War III, an asteroid hitting our house, packs of wild dogs roaming the neighborhood. Basically anything that could potentially cause me harm.

Now, I guess I’m just too tired to stay up past 11 p.m. most nights…hooray for getting old!

But some people are like that their whole lives! Always terrified of what’s around the next corner, what could go wrong, and, most importantly, of ACTUAL, scary FACTS that worry them to no end.

Here’s what AskReddit users had to say about the terrifying facts that keep them up at night. Let’s take a look.

“If I lose my job or he loses his job, we have some savings but capitalism will eat us alive and leave us no quarter.

If one of us gets injured or gets cancer, same thing.”

“Humanity is well on the way to destroying itself, it’s now irreversible, but everyone is ignoring the glaring evidence and continuing on business as usual.

We’re going to see worldwide famine within the next few years but people will ignore this warning too.”

“The dollar is worthless.

The treasury is not just empty, it owes the rest of the world trillions, and the government somehow owes itself more trillions.

Despite this, or more probably because of this, we continue to spend more than the rest of the world combined on the deadliest military in history.

There will be a reckoning, and I don’t think it will be gentle or pretty.”

4. The world is crazy right now.

“The great depression is now almost certain to repeat itself since economic relief was killed by greedy republicans who were angry they didn’t get to give the lion’s share of 1 trillion dollars to their corporate pimps.

Along with the expiring legislation goes COVID-specific unemployment benefits, individual and family relief checks, EVICTION MORATORIUMS! That last one…

This nation just straight slept through the pure hatred and violence of the republicans’ actions yesterday. People don’t get what’s about to happen here. We’re going to have 15-20% homelessness by the end of the year if relief packages are not put in place.

You think the George Floyd protests have been rough? Most of the BLM protestors have something to lose. Maybe not much for some of them, but probably SOMETHING.

These newly minted homeless will have N O T H I N G to lose by going absolutely apesh*t in the streets. And I won’t have a godd*mn thing to say against them when they do. Maybe it’s about time for some of that good guillotine action…

Keep your non-perishables up to date and well stocked. Get a back log of water.

Things are about to get weird.”

But no one seems to care because “bacon tastes good.”

“That we as a human race, decided on which race dependent on color of skin was inferior to the rest.

“My dogs will pass away someday.

It’s kept me up at night multiple times.”

“Humans are more disgusting and selfish than we ever admit.”

“The big bang could’ve been caused by a civilization that developed weapons of mass destruction and were just in a loop of evolution until eventually we become advanced enough to create an explosion so big we destroy and recreate everything from scratch.

Yeah, thank about that!”

I’m still single and haven’t had as much s*x in life as my peers. I fear that I’ll be this awkward undesirable old dude that’s bad at s*x that’s just wandering the earth only working, doing chores and sleeping for the most part.

A lot of my peers are living in houses with furniture while I live in an apartment with little furniture. I’m working at a call center that I hate.

I am seeking another job preferably in programming since I have a bachelor’s, but due to lack of experience in that field, no one is hiring.”

11. Every day is important.

“That you have absolutely no idea if the next day will be your last.

You could be with your SO having the time of your lives, picking up some food, watching a movie at your place, drinking.

Then next day comes, you get hit by a drunk driver while out on the road.”

“That my parents are aging and will eventually die.

I’m an only child and feel like when they die my connection to my childhood and the people that understand me and love me unconditionally will be gone.

The link to me will be gone and I’ll essentially be alone in the world.”

“At anytime the US wants we could start a nuclear war and the person who has control over that is umm…. underprepared for the job.

Or that at anytime Russia wants or North Korea wants or basically any other country with access to nuclear power could decide that they want to nuke us and do it.”

“The Earth’s ecosystems are collapsing, and with it our ability to collect food and water.

Billions are going to die due to hunger and violence in the coming decades.”

“The fact that human beings don’t understand the concept of putting a d*mn face mask on and saving thousands of lives when they go to their local grocery store.”

“The end of the universe.

Not the last star, or the last neutron star that glows.

All matter has decayed as protons have half-lives.

Black holes will decay, and moments of brief light in millennia of pure darkness come as black holes collide.

After a very certain point, time becomes meaningless as whatever remains will be so stationary, you cannot observe it.

The universe achieves true equilibrium as the universe in one time point in the far future is indistinguishable from the next second, next month, next year, next millennia, next googleplex years later.”

What do you worry about at night?

What causes you to lose sleep?

Talk to us in the comments and spill your guts out!