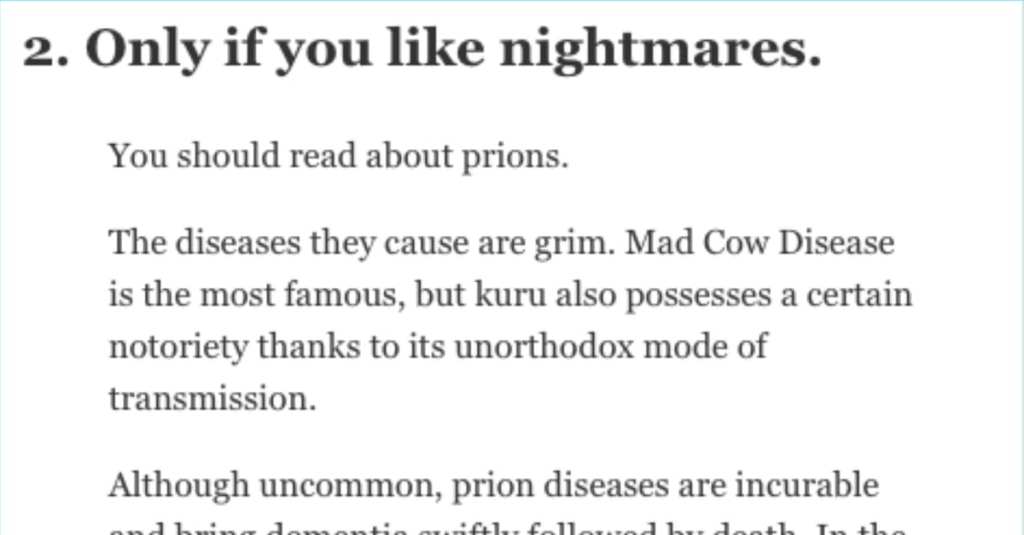 Humans like to think we’re at the top of the food chain, but in reality that’s not even close to the truth. Sure, we can use tools and (some of us) have developed higher level thinking, but listen – don’t get too comfortable, y’all.

If we piss these 16 animals off enough, they can definitely take us all down.

16. You should learn something new every day.

Nematodes. Here’s some fun facts about our worm overlords!

There are 57 billion nematodes per person on Earth, making them 80% of all animals here. They have an incredible reproductive rate – the intestinal roundworm can lay 200 000 eggs in a day.

Nematodes are very hardy and are found in diverse and hostile environments, from deserts to Antarctica. 8 species of Nematodes have been found to live in Mono Lake, which contains deadly levels of arsenic. When tested, those nematodes were found to be capable of tolerating 500x the lethal dose of arsenic for humans.

Oh, many of them are parasitic, including 60 types that prey on humans. That’s actually relatively low, considering there are 25 000 parasitic nematodes for vertebrates.

You know how the tardigrade gets credit for being one of the few organisms capable of surviving in outer space? Well, the nematode species C.elegans is the only species who has survived a virtually unprotected atmospheric re-entry to Earth during the 2003 Space Columbia disaster.

Most nematodes are small, but not all. Placentonema gigantissima can span up to 8-9m in length and lives in the placenta of sperm whales.

Hope you enjoy this bit of trivia! Let’s end with a quote by nematologist Nathan Cobb.

“If all the matter in the universe except nematodes were swept away, our world would still be dimly recognizable… we should find mountains, hills, vales, rivers, lakes and oceans represented by a film of nematodes”

Humans seems to be pretty fed up with each other a lot of the time?

14. An argument could be made for either. Or both.

I know the answer is supposed to be ants, but it really sounds like you are describing a sharknado.

13. I am legit terrified of monkeys.

Chimpanzees are the only other species than humans known to wage organized wars and to engage in torture.

They’re also the closest relatives to humans and the second smartest animal behind us.

12. Take the watermelon, leave the cannoli.

Ants I would think.

They just sort of go…ok.

It’s you guyses watermelon, just stay away from me.

11. In case you weren’t convinced.

Plus the rabies. Where I live, if you get bats, you can’t even get them removed or relocated because they are considered endangered(wrong word, protected). You’re only allowed to wait for them to leave and try to patch wherever they got in… but they can fit in holes smaller than them, similar to mice.

Have none of you seriously seen “the birds”

They will f*ck us up!

Not only are they good guns but they don’t give a sh%t at all.

If rats band together and attack in waves is disease we are done.

7. With their cuteness, maybe.

Have you seen their little hands?

Nothing but evil, y’all!

We’d all be fucked if the pollinators went on strike.

They just have to fart on our food or kamikaze down our throats and we’d all die from sickness.

The emu’s, I’m looking at you Australia.

Have you seen their feet?

They will mess some sh*t up!

3. If they team up with the geese all is lost.

They would form some sort of alliance with swans and geese, then bully the rabbits into joining.

The ducks would use the rabbits to tempt foxes out, the foxes would lure fox hunters and their pack of hounds into traps.

Fox hunters are usually posh people with power in government.

You should read about prions.

The diseases they cause are grim. Mad Cow Disease is the most famous, but kuru also possesses a certain notoriety thanks to its unorthodox mode of transmission.

Although uncommon, prion diseases are incurable and bring dementia swiftly followed by death. In the case of spontaneous Creutzfeldt-Jakob Disease (sCJD), the most common prion disease, half of patients are dead within six months of symptom onset. That figure reaches 95% within a year.

In a particularly vexing twist, prions are also nearly impervious to destruction, even when attacked using a strenuous combination of disinfectants, heat, and pressure.

There is a reason we are where we are. Even if the wave of ants (the most popular answered here) flood the earth we will fight bqck.

We are able to build cities in sea when no ant can reach us.

Only humans are able to get rid of humans at this point. And even this is barely possible.

I don’t want to think too long and hard about this, honestly!

What animal do you think is missing from this list? Add it in the comments!