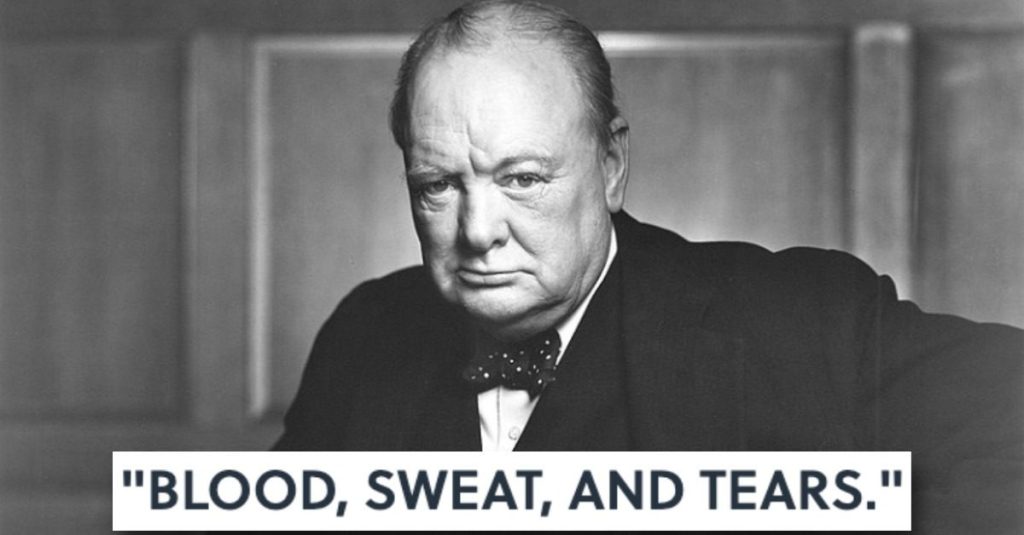 Check out these 17 famous quotes that are actually inaccurate and we’ll show you what was actually said.

1. “Methinks the lady doth protest too much.”

In Shakespeare’s Hamlet, Queen Gertrude actually puts the “methinks” on the end of this famous quote.

The actual quote from the Bible in Isaiah 11:6 is, “The wolf will live with the lamb, the leopard will lie down with the goat, the calf and the lion and the yearling together.”

This famous quote was actually invented by a Washington biographer in the 19th century.

4. “I have never killed a man, but I have read many obituaries with great pleasure.”

Another quote attributed to Mark Twain was actually a shortened quote by Clarence Darrow.

5. “Go confidently in the direction of your dreams! Live the life you’ve imagined!”

“I learned this, at least, by my experiment; that if one advances confidently in the direction of his dreams, and endeavors to live the life which he has imagined, he will meet with a success unexpected in common hours … In proportion as he simplifies his life, the laws of the universe will appear less complex, and solitude will not be solitude, nor poverty poverty, nor weakness weakness.”

6. “I love the smell of napalm in the morning. It smells like victory.”

Robert Duvall’s character in Apocalypse Now actually says, “I love the smell of napalm in the morning. You know, one time we had a hill bombed for 12 hours. When it was all over, I walked up. We didn’t find one of ’em, not one stinkin’ . . . body. The smell, you know that gasoline smell, the whole hill. Smelled like victory.”

What Winston Churchill actually said was, “I have nothing to offer but blood, toil, tears, and sweat.”

9. The only two certainties in life are death and taxes.

None other than Mark Twain usually gets the credit for this famous phrase, but it was actually either Edward Ward or Christopher Bullock.

In the iconic film, The Wizard of Oz, Dorothy’s real line is “Toto, I have a feeling we’re not in Kansas anymore.”

This historic quote is usually attributed to Andrew Jackson but a soldier named Israel Putnam who was relaying orders from Colonel William Prescott is the man who actually said it.

12. “The journey of a thousand miles begins with a single step.”

This one is way off.

13. “A little knowledge is a dangerous thing.”

Close, but no cigar.

Alexander Pope’s quote was actually “A little learning is a dangerous thing.”

The one and only Teddy Roosevelt said, “Speak softly and carry a big stick.”

15. “I did everything Fred Astaire did, but backwards and in high heels.”

Ginger Rogers said that this quote attributed to her actually came from a comic strip in a newspaper.

William Congreve, a 17th-century English writer, actually wrote, “Heaven has no rage like love to hatred turned/Nor hell a fury like a woman scorned.”

What are some of your favorite quotes from history?