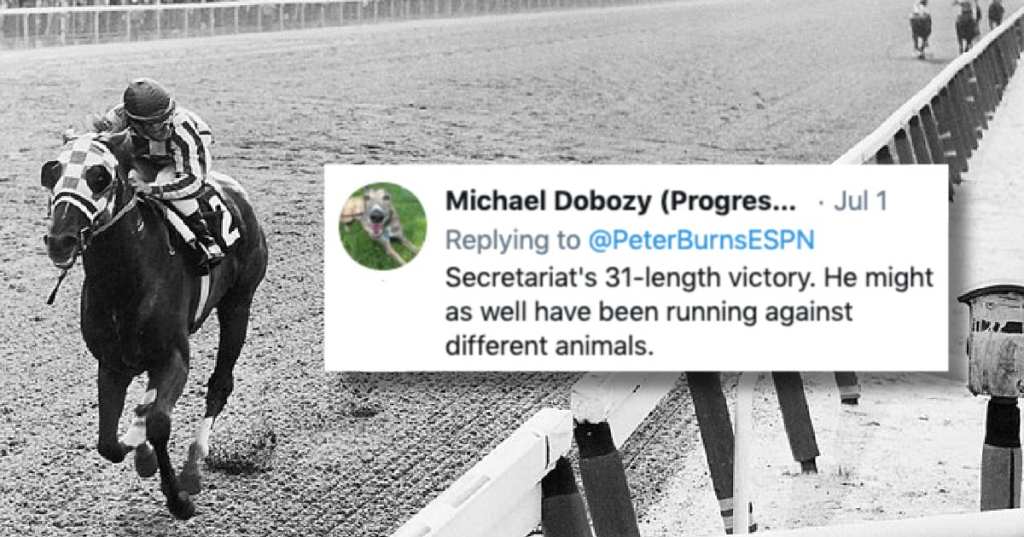 Sports fans love stats. They love them, but here’s the thing: what one person finds interesting and obscure and mind-blowing, someone else will shrug off as whatever.

No matter what sport is your favorite, though, there’s no arguing that these 17 stats are completely insane.

17. A long and storied career.

nolan ryan struck out 7 pairs of fathers and sons

Luck is everything sometimes.

Taylor Hall winning 5 draft lotteries in his first 9 years in the league.

15. One of these things is not like the other.

The bests are just SO MUCH better.

Barry Sanders had more TDs in 1988 than Reggie Bush had in his entire career at USC https://t.co/3VGVhf2yCx

And kick their a$ses anyway.

Mike Trout was so good in high school that his teammates forced him to hit left-handed in their home run derby. Trout won anyway. https://t.co/ZgldkyNGlk

13. The Tony Gwynn stats on this thread are blowing my mind.

In the best possible way.

My favorite: If Tony Gwynn had played for a few more seasons and ended his career on an 0-for-1,182 streak … his career batting average would still be .300.

You think it’s going to get better, but then…not.

11. This is just hilarious.

He’s SO much better than everyone else it’s unreal.

Tiger only holed one shot from off the green the entire 2005 season. It was his chip in on 16 at Augusta.

What if OU doesn’t win another in the next 30 years though?

Texas has 7 conference championships in football in the last 40 years, Oklahoma has 7 in the last ten. https://t.co/E9eSXJ2E6T

The golden era of baseball was the best.

Or loses them, in this case.

Every time I think about this, it literally makes me sick. 🤢 https://t.co/MV9IP0A6j6

The closer everyone needs but hardly anyone gets.

5. It takes a crazy amount of discipline.

But there were others in the same era, which is MORE insane.

For 5 consecutive years Federer reached at least the semifinal of all 4 Grand Slam tournaments. That’s 23 in a row. On 3 different surfaces, coping with a variety of playing styles. Speak volumes of his otherwordly talent as well as unparalleled consistency physically & mentally. https://t.co/r3WiTGFQfO

4. The Russian women are bots.

Or they’re on drugs, I guess.

Oksana Chusovitina was in the same Soviet worlds team as Valeri Liukin in 1991. She competed against his daughter in 2008 and she is still competing 8 years after his daughter's retirement. https://t.co/klX8LKC1Fr

3. This state may live in infamy.

It will be a long time before anyone beats it.

The New York Islanders won 19 straight playoff series from 1980-84. Good luck to anyone matching that.

2. A picture is worth a thousand words.

That horse deserved the best retirement.

Easily one of my favorite pictures in all of sports pic.twitter.com/wlU5DBS8cI

It’s the only thing that might make golf exciting for me.

Arnold Palmer made hole-in-ones, in competition, on the same hole ON CONSECUTIVE DAYS. No one else in professional golf has ever done that, before or since.

I don’t know what I was expecting, but wow! Sports are amazing!

Which one of these made your jaw drop the hardest? Tell us in the comments!