18 Heroic Doggos Whose Stories Might Make Your Eyes Leak

A dog is a man’s best friend. If you’ve had (or have) a dog, you’ll recognize the truth in that statement – whether they’re cuddling you after a rough spell or simply making you laugh, dogs are heroes every single day. But these 18 dogs went above and beyond the call of duty – though if you know anything about pups, there’s no chance they thought they were doing anything except their job: loving their humans. 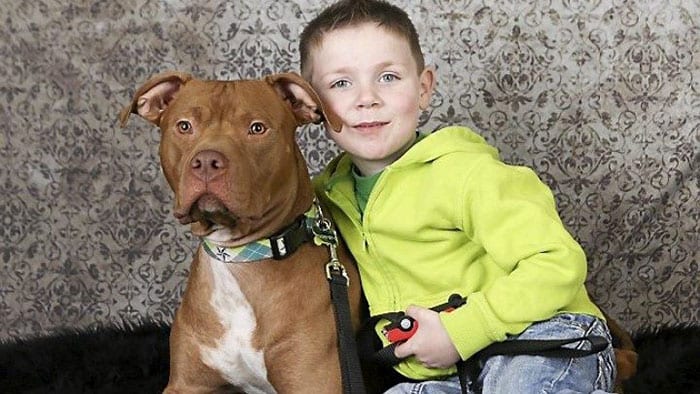 This family only had Tater Tot for a few weeks before he freaked out, warning his owner that her son was gravely ill and struggling to breathe. 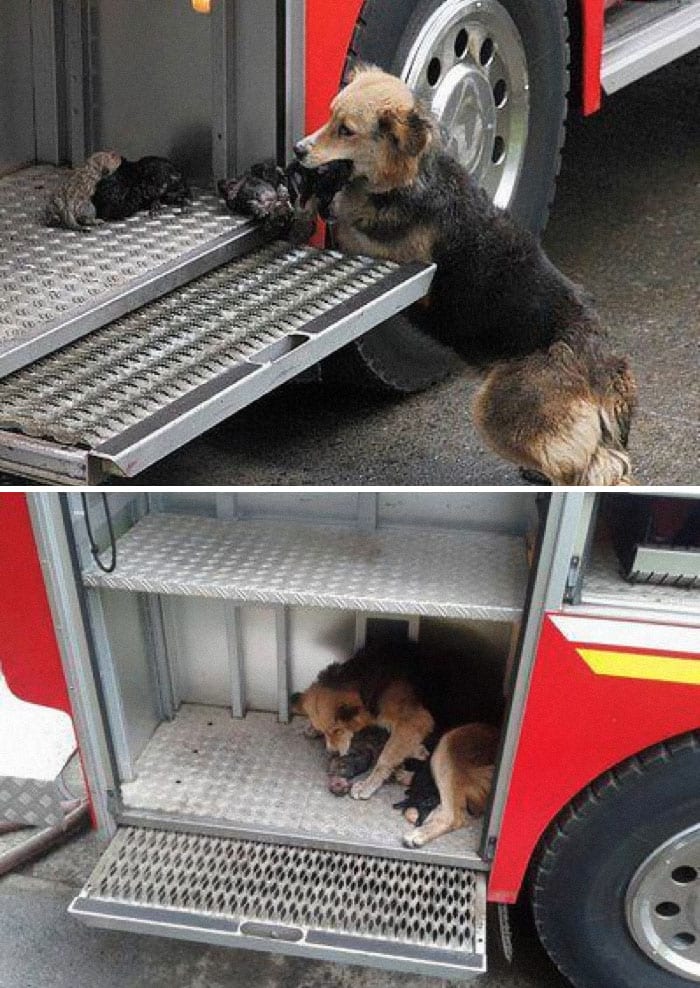 She rescued her pups from a burning house and placed them on the fire truck for safekeeping. 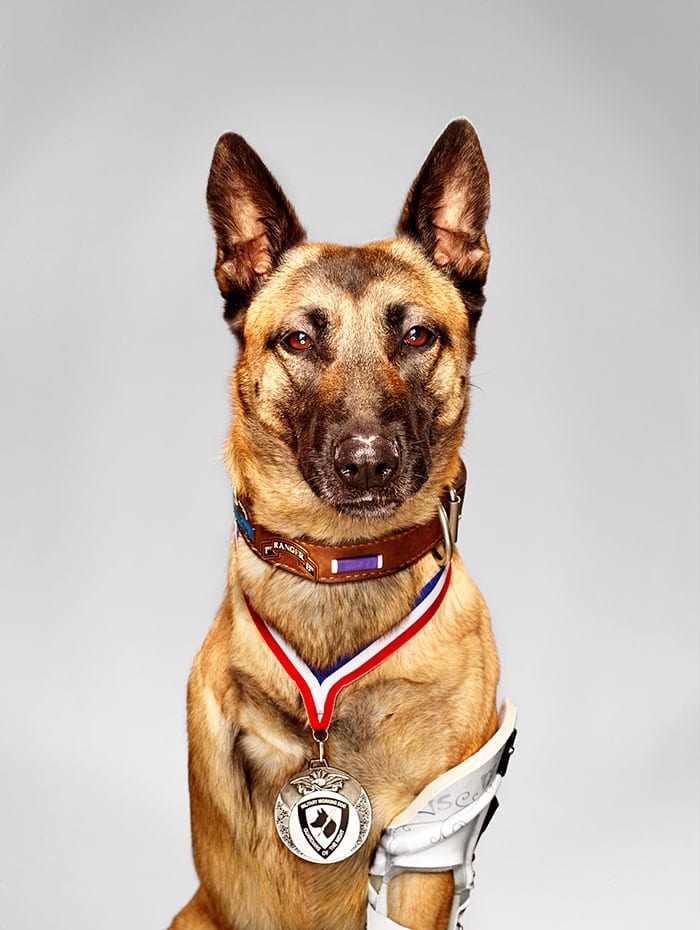 She was shot by an AK-47 four times at point blank range but continued to attack and subdue the insurgent threatening her handler. She survived the shooting and a 7-hour surgery, then was awarded a medal for her service and bravery. 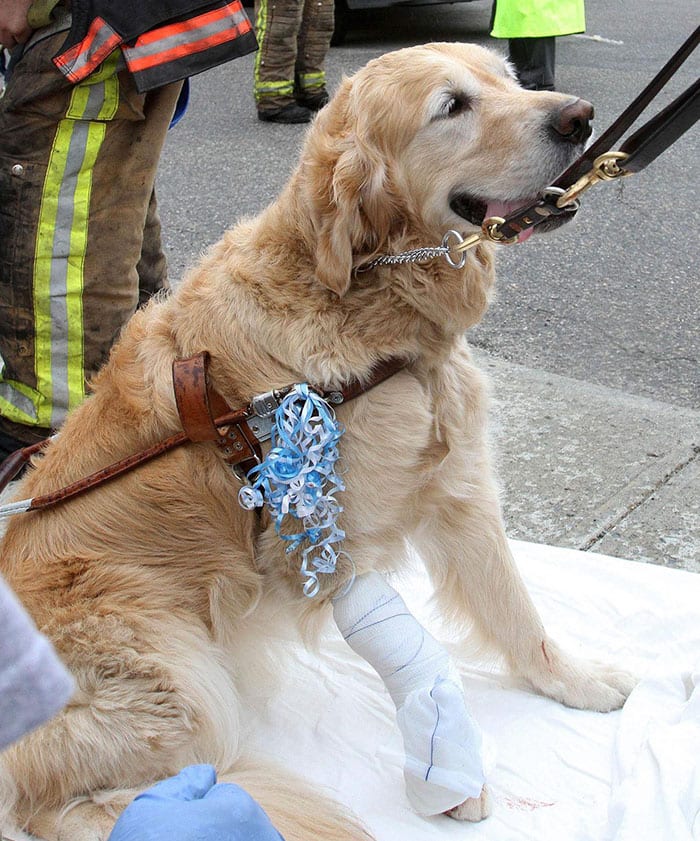 He saved his blind owner from getting hit by a bus and got clipped and injured himself. 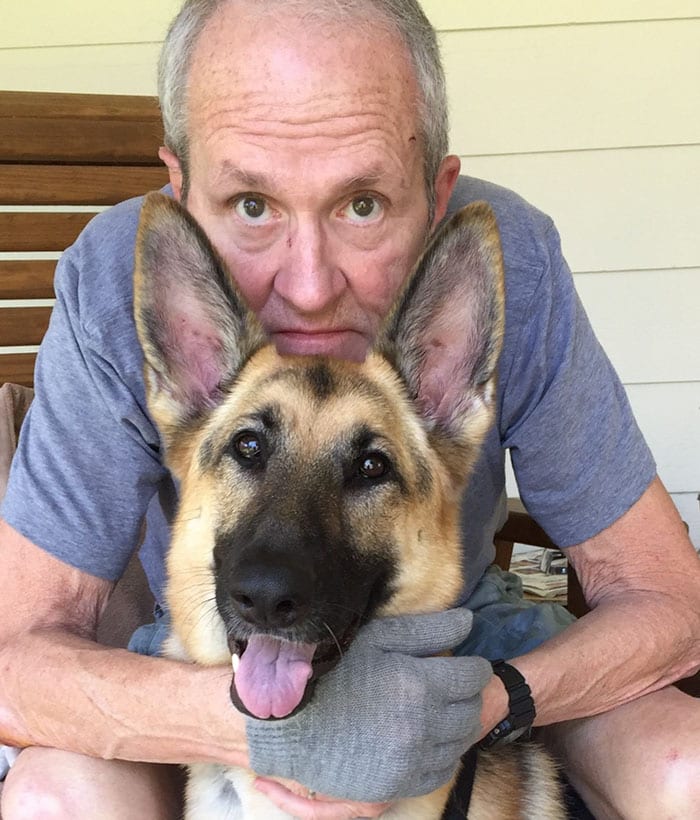 When her owner was attacked by two large dogs, she lay across his neck in order to prevent them from killing him. She sustained several bites herself in the process. 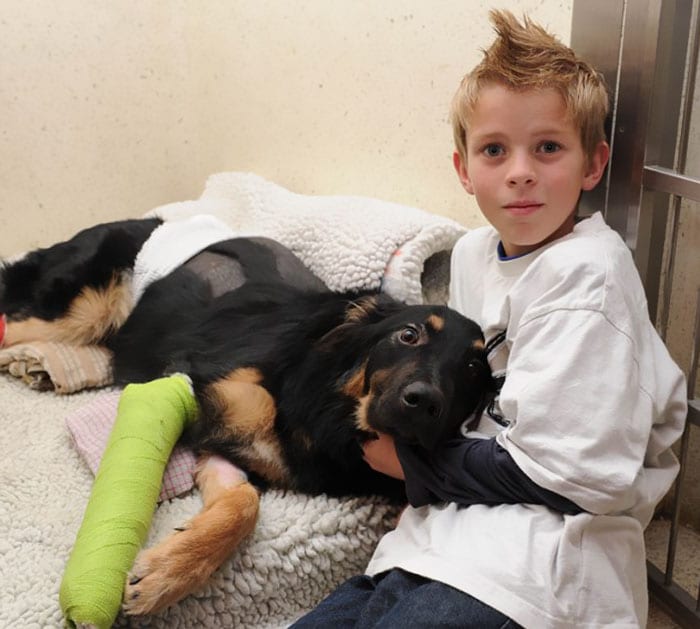 This puppy pushed his owner, a little boy named Charlie Riley, out of the path of a bus even though it meant getting hit himself. 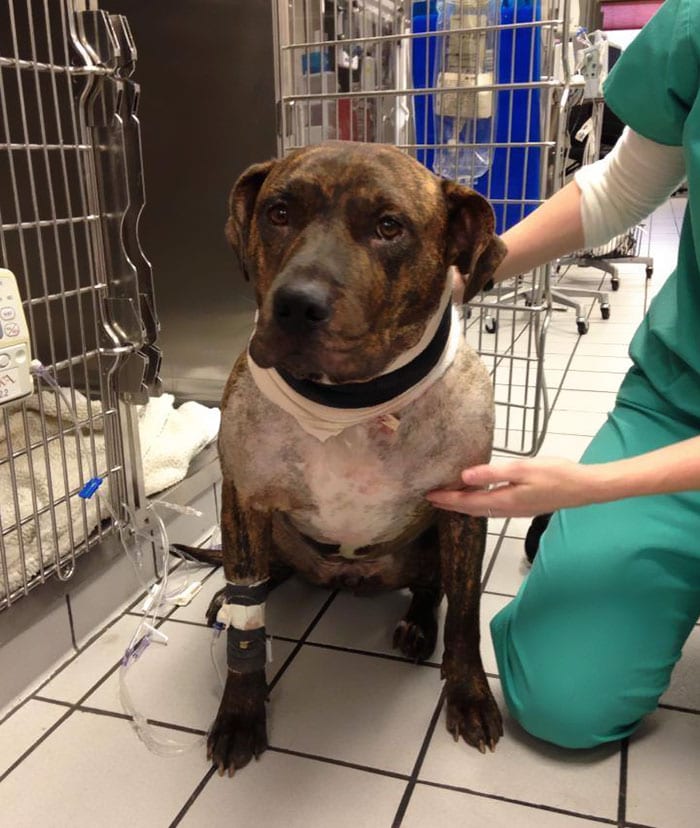 He took 12 stab wounds while protecting his owner from an abusive partner. 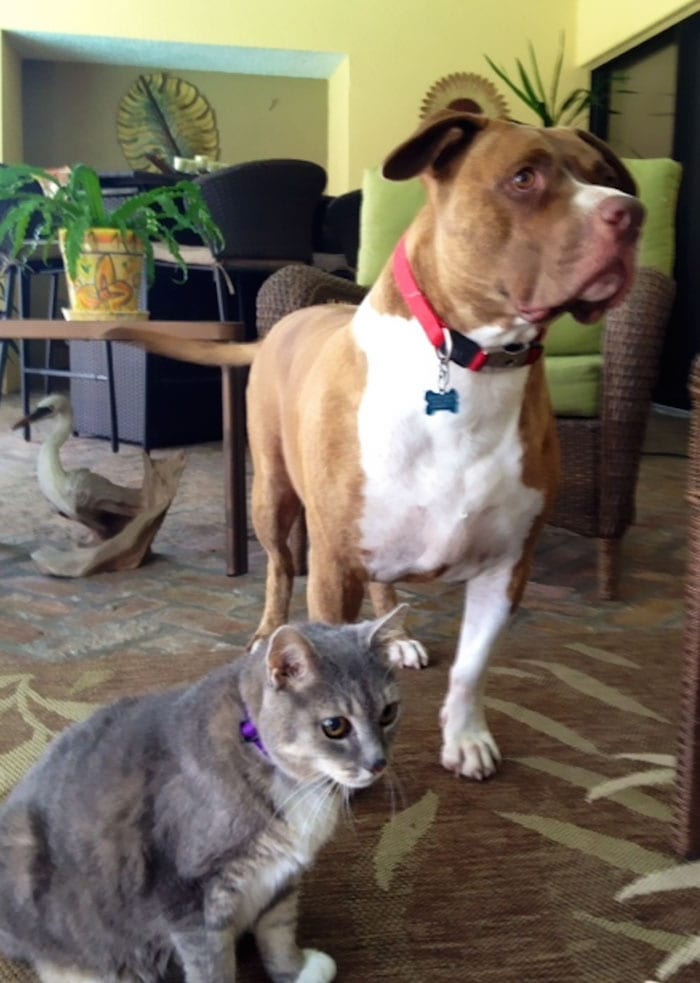 He chased off two coyotes who had ahold of his cat, Kitty, and saved her life. 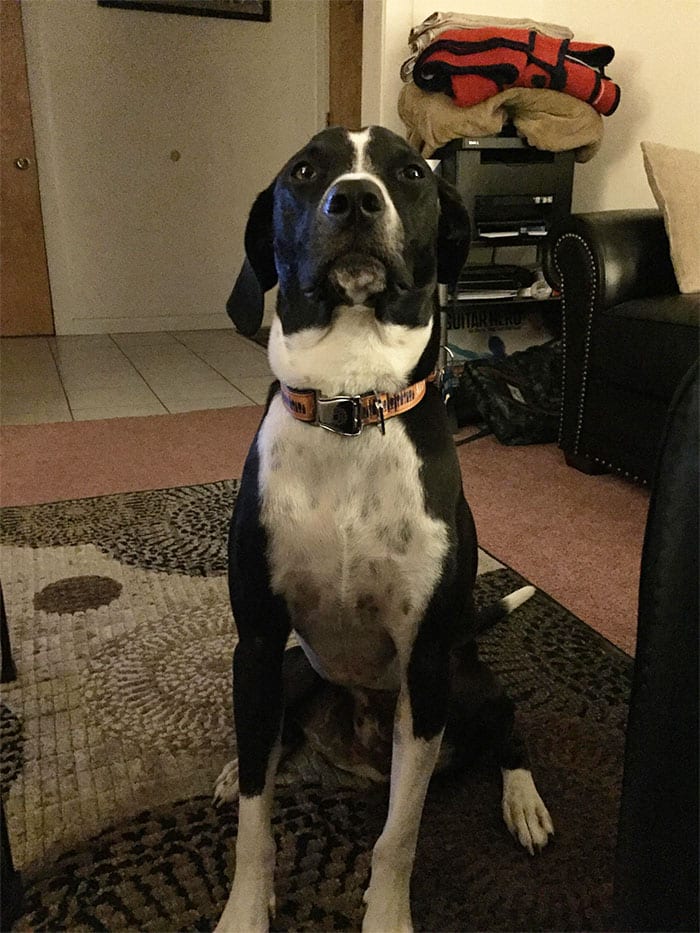 This guy barked for 30 minutes to go outside, insisting even though he had just been out. It turned out he was getting both he and his owner out of a house with a gas leak. 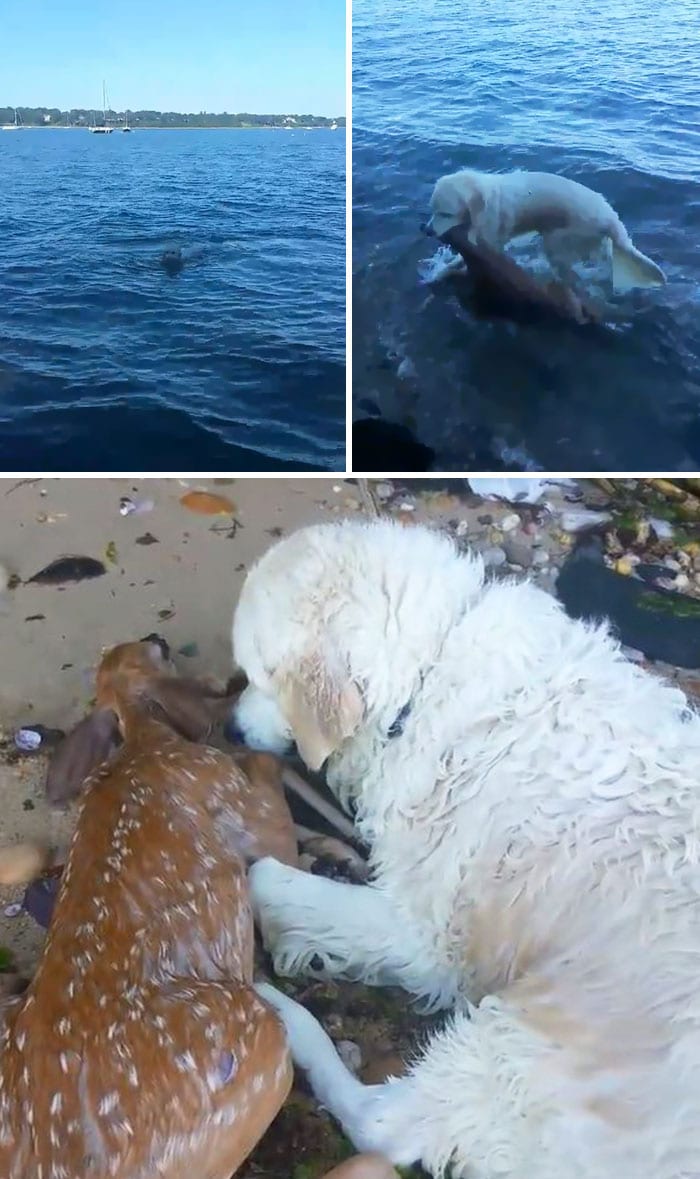 She rescued this tiny baby deer from drowning. How adorable is that?! 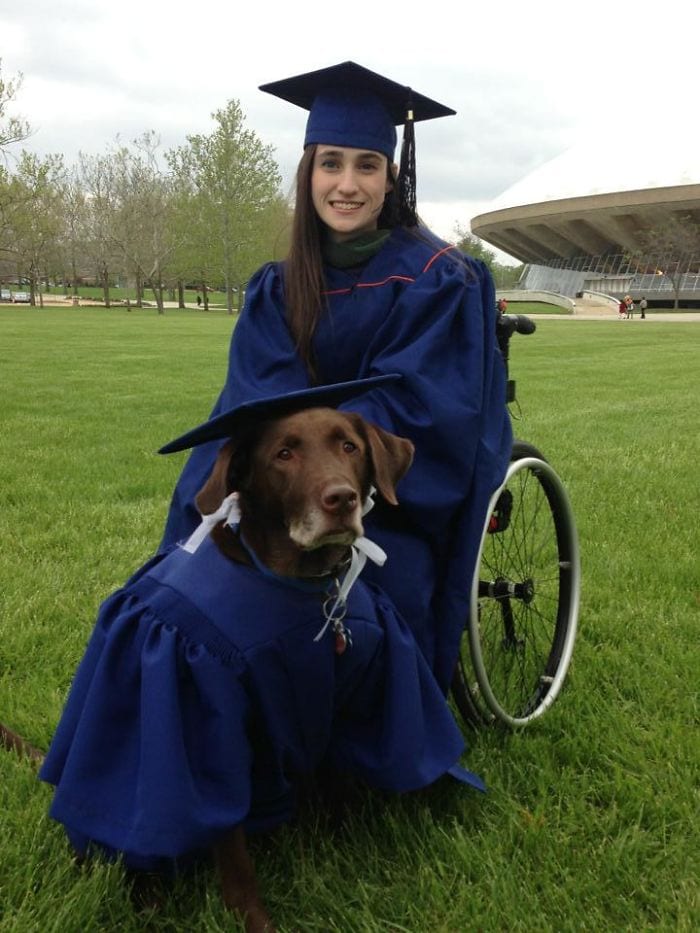 This service dog attended every single class with his owner, and was awarded an honorary degree. 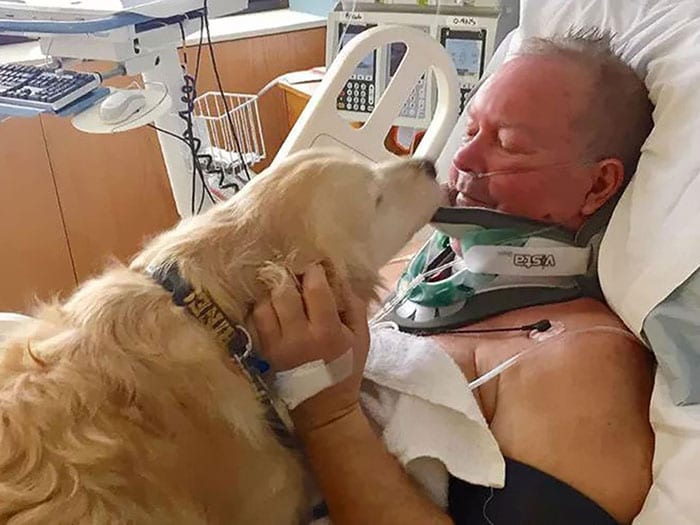 Kelsey’s owner slipped and broke his neck, an accident that left him lying helpless and barely clothed in freezing cold weather for over 24 hours. He would have died had his five-year-old Golden not lay on top of him, kept him awake by licking him, and barked for help.

#6. He Has Dreams Of Becoming A Firefighter When He Grows Up… 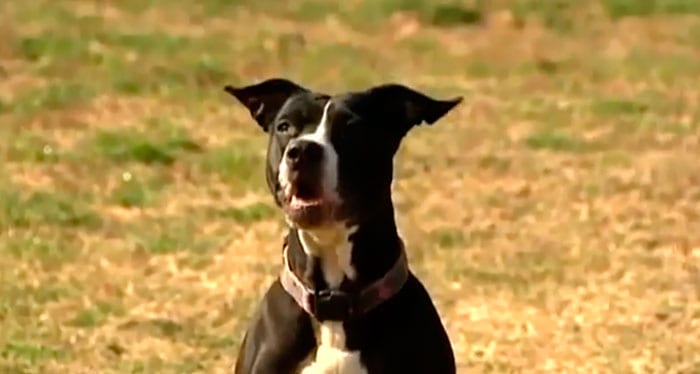 This pit bull puppy alerted and saved not only the human members of his family when a fire broke out in their house overnight, but he also rescued all five of his canine brothers and sisters, dragging the last terrified pup off the porch when he couldn’t move. 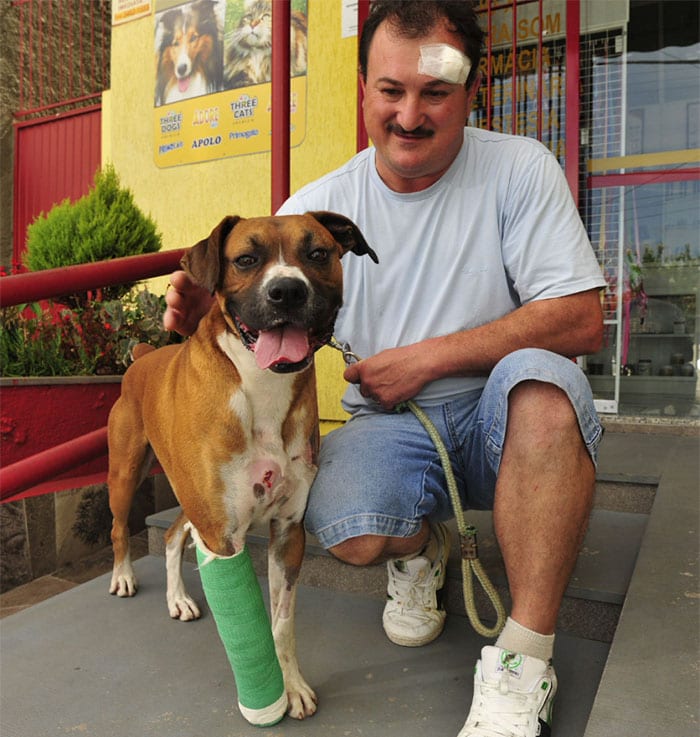 He took 3 bullets during a home invasion in an attempt to protect his owner. 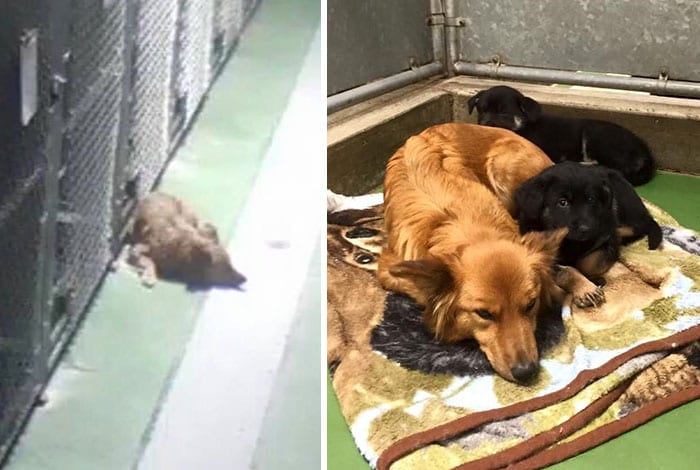 She snuck out of her kennel at night to comfort a crying litter of puppies.

#3. From Feral Dog To Bird-Watcher 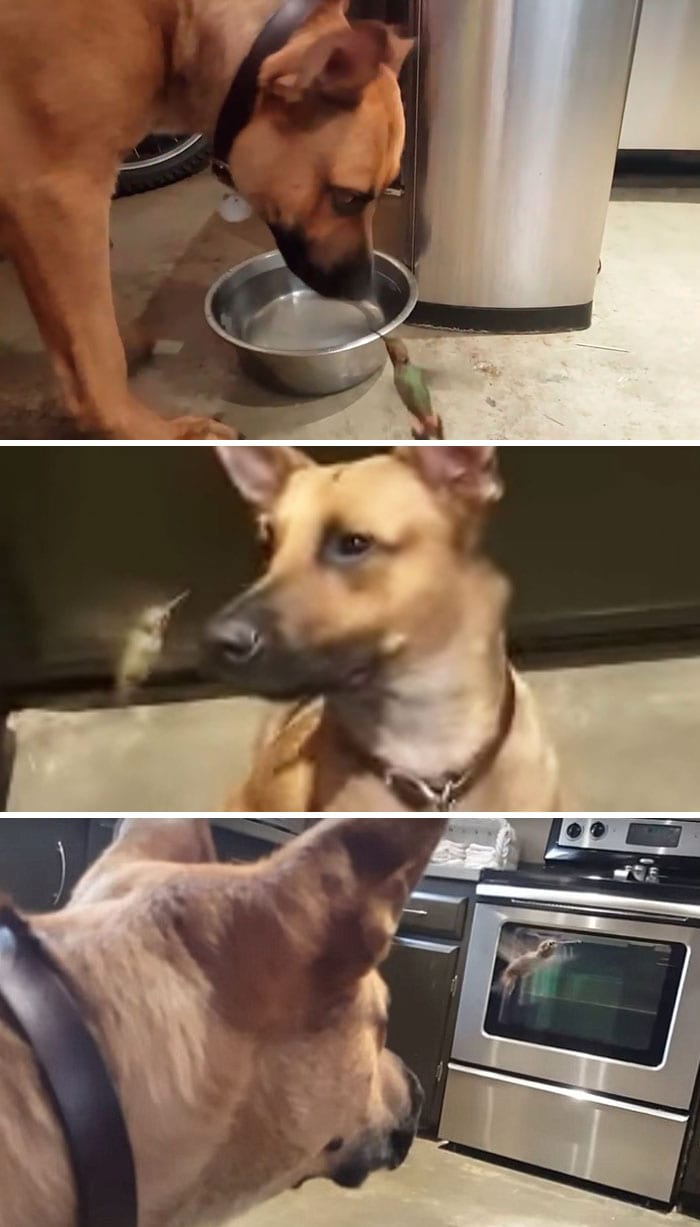 Rex was taken in and adopted, then did the same for an injured hummingbird he insisted come home with him and his owner to heal. 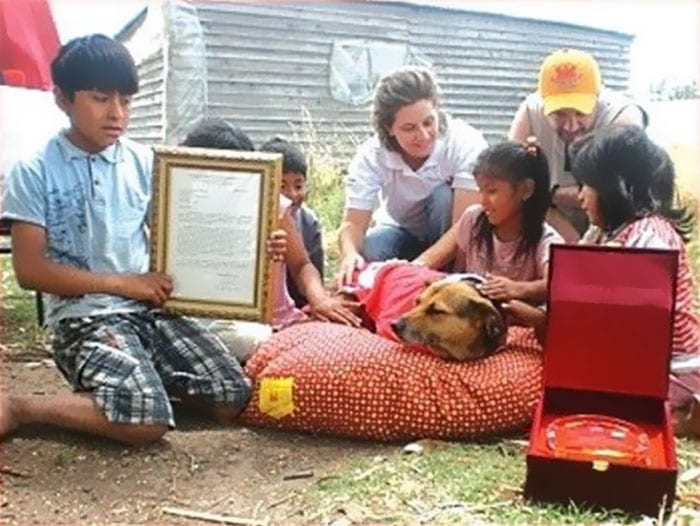 In 2008, China found an abandoned baby girl in a field and carried her back to the warm barn where she was nursing her own puppies. Her family found the baby in the morning and got her medical attention, and China was awarded the Shining World Hero Award for her efforts. 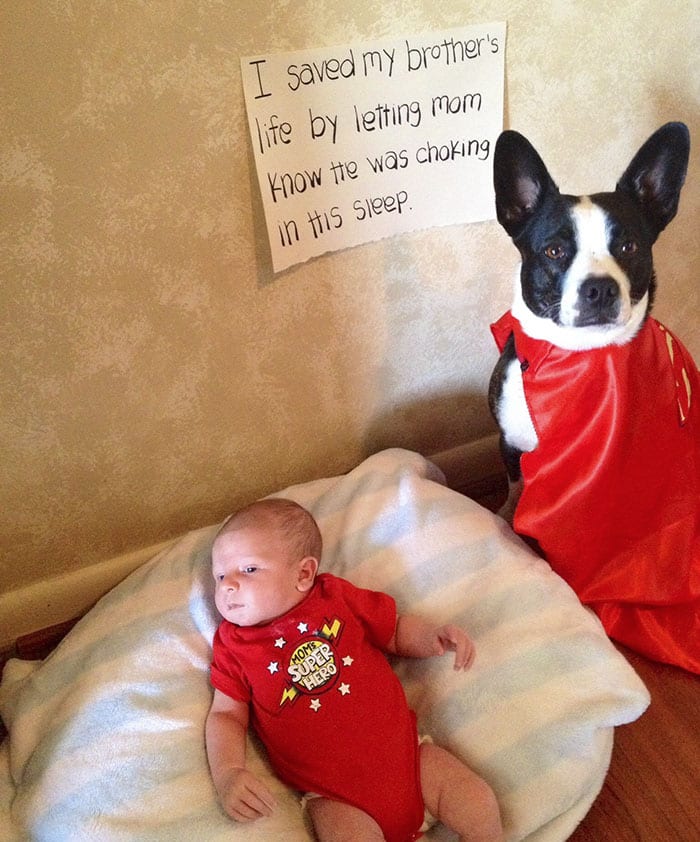 She saved her infant brother when she alerted their mother that the baby had stopped breathing.

Check out more awesome animal stories before you go!

These 17 Spoiled AF Dogs Live Better Than You Ever Will