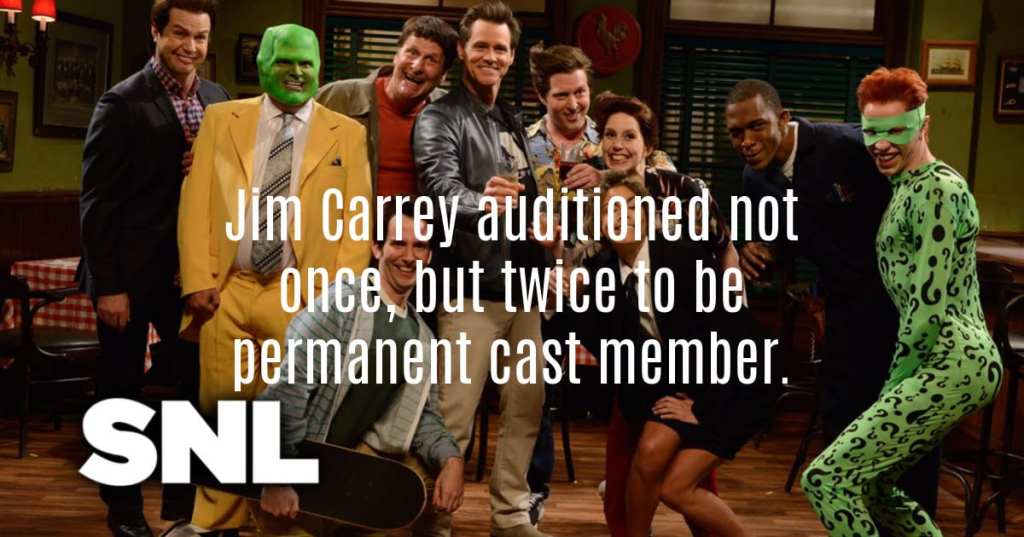 Even fans of Saturday Night Live will tell you that every single season hasn’t been a gem, but overall, there’s no show that has made us laugh, or been more consistently entertaining and relevant, through the decades of our lives.

So, chances are you love to know more about the actors and characters and show that have been such a part of our lives – and we’ve got 18 fun facts for you right here!

18. The Festrunk Brothers were developed as two separate characters.

Known as “Two Wild and Crazy Guys” on the show, the brothers were based on separate characters that were developed by Steve Martin and Dan Aykroyd.

After Martin hosted the show in the 1970s, the two morphed their characters into a set of brothers.

17. It came about partly because of Johnny Carson. 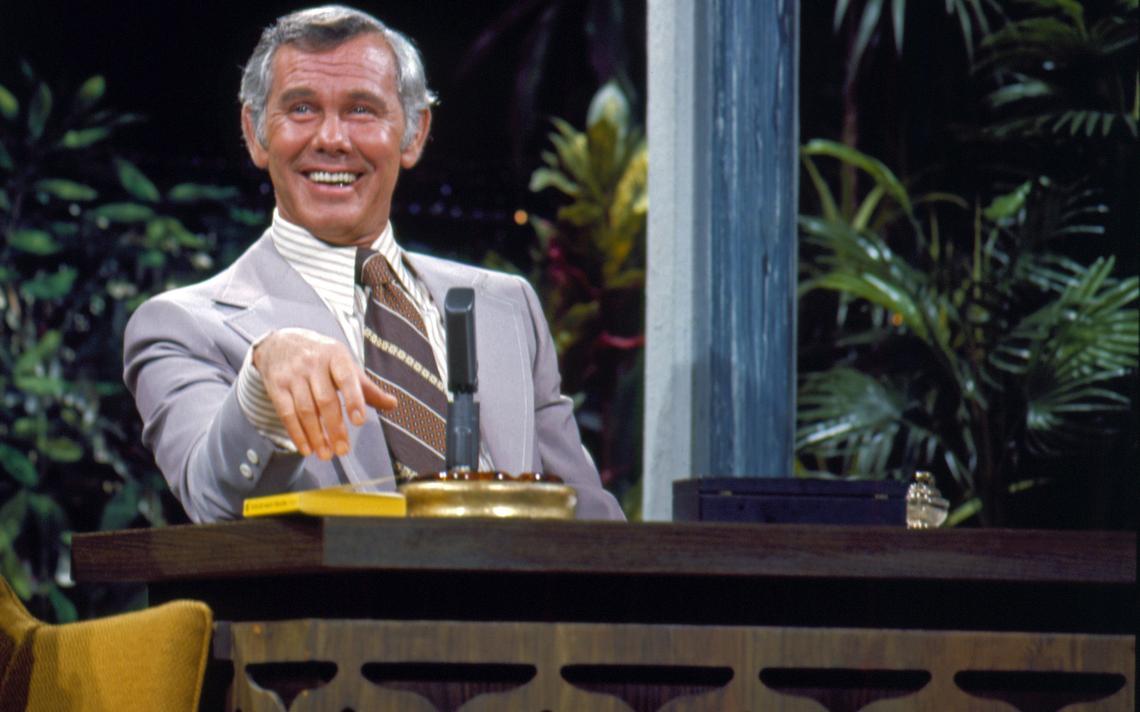 By 1974, Johnny Carson was ready for some time off – he wanted NBC to start saving The Tonight Show reruns so they could run them on his vacation days.

That meant NBC had weekend slots to fill, and so they hired a man named Lorne Michaels to develop a show.

16. Pee-Wee Herman was mad about not earning a spot on the cast. 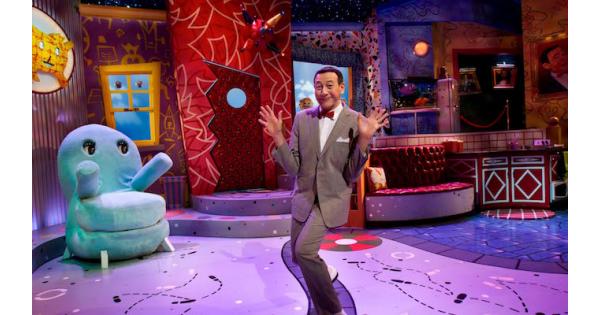 Paul Reubens (Pee-wee Herman) auditioned at the same time as Gilbert Gottfried in 1980, and the latter, of course, won the job.

Reubens went on record as saying “I was so bitter and angry. I thought, ‘You better think about doing something to take this to the next level.”

He borrowed money to produce Pee-wee’s Playhouse, and he feels pretty good about the trajectory his career has taken from there. 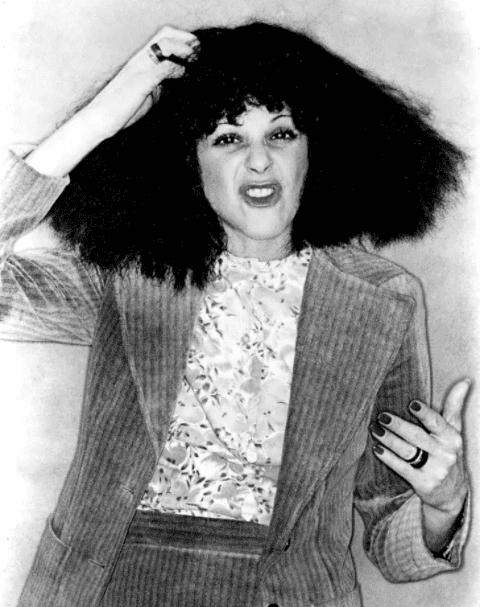 Lorne Michaels knew exactly what he was looking for when he started to build his cast in the mid-1970s.

14. Eddie Murphy knew he was supposed to be a part of it. 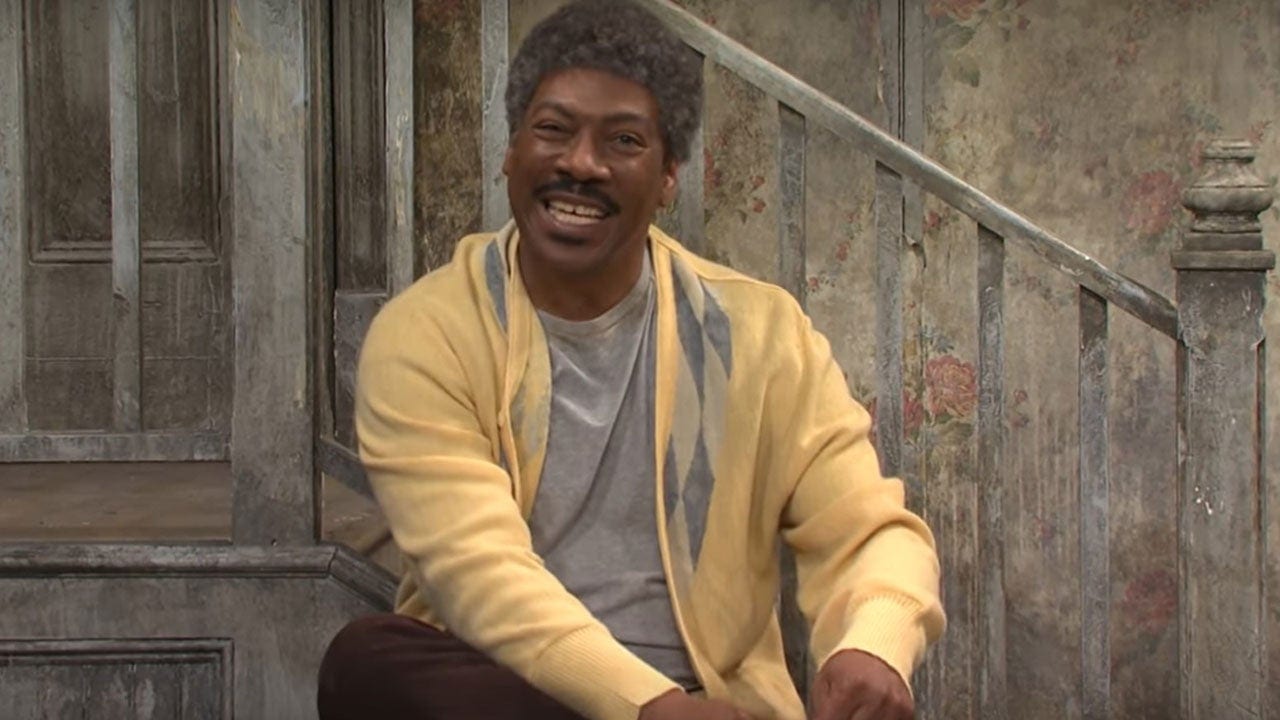 He was so desperate to be cast on the show that he called talent coordinator Neil Levy every day for a week, which resulted in Murphy getting brought on as an extra.

Levy also figured Murphy may as well audition, and that went so well he was given a contract.

13. It was originally called something else. 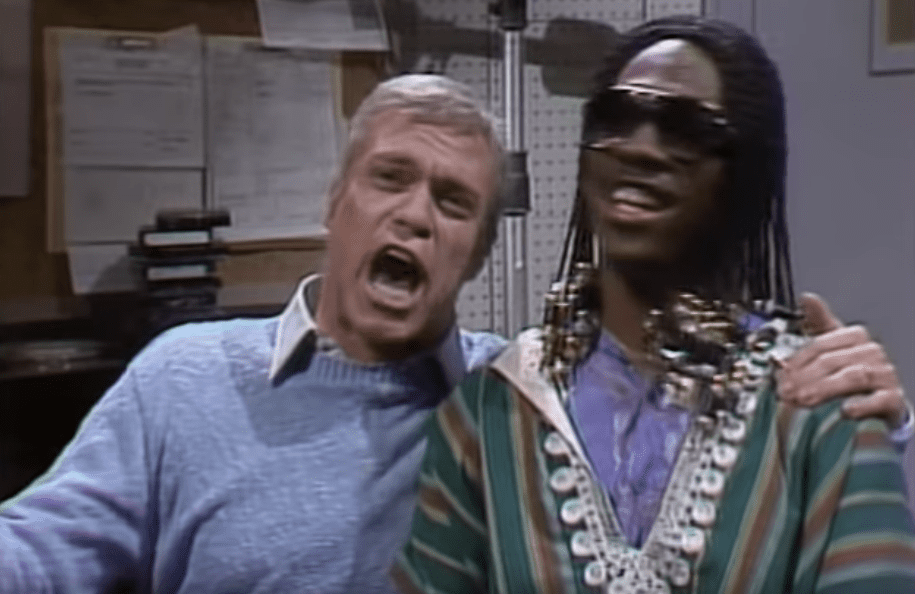 There was already a show on ABC at the time called Saturday Night Live with Howard Cosell, so NBC called their weekend show was originally titled NBC’s Saturday Night.

The other show ended in 1976 and Michael’s immediately changed the title. 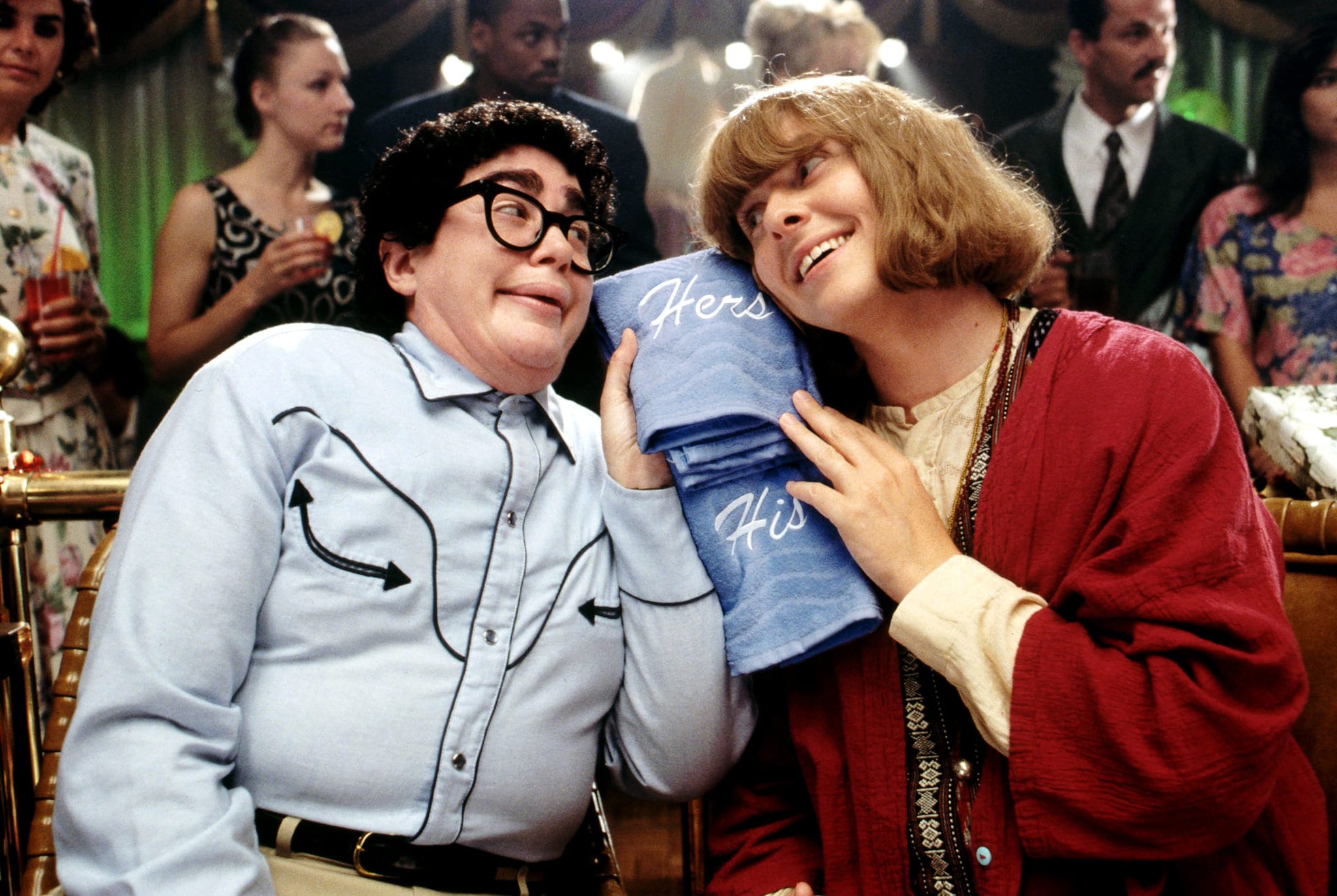 The most successful is Wayne’s World, which grossed $183 million.

11. Chevy Chase was originally hired as a writer. 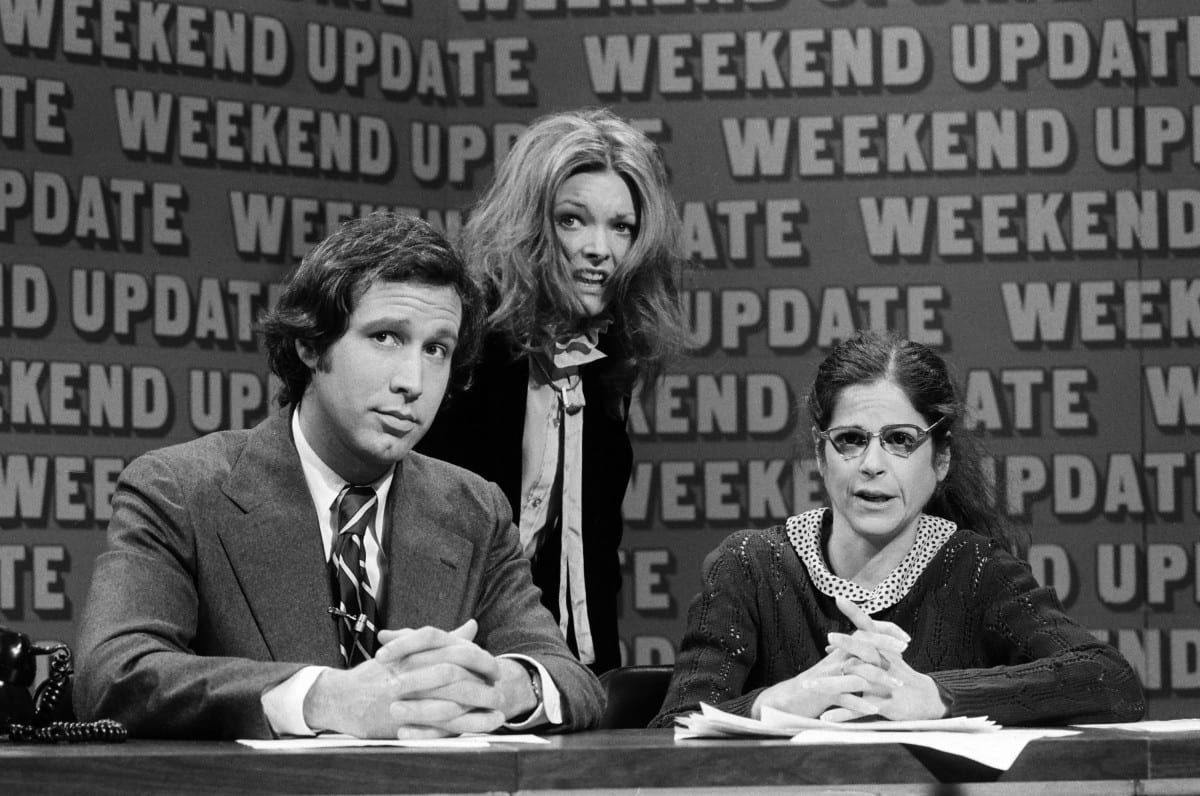 He landed a one-year contract as a writer, but quickly became one of the show’s breakout stars after he started performing in front of the camera, too.

10. He was also the first person to deliver the now-iconic opening line. 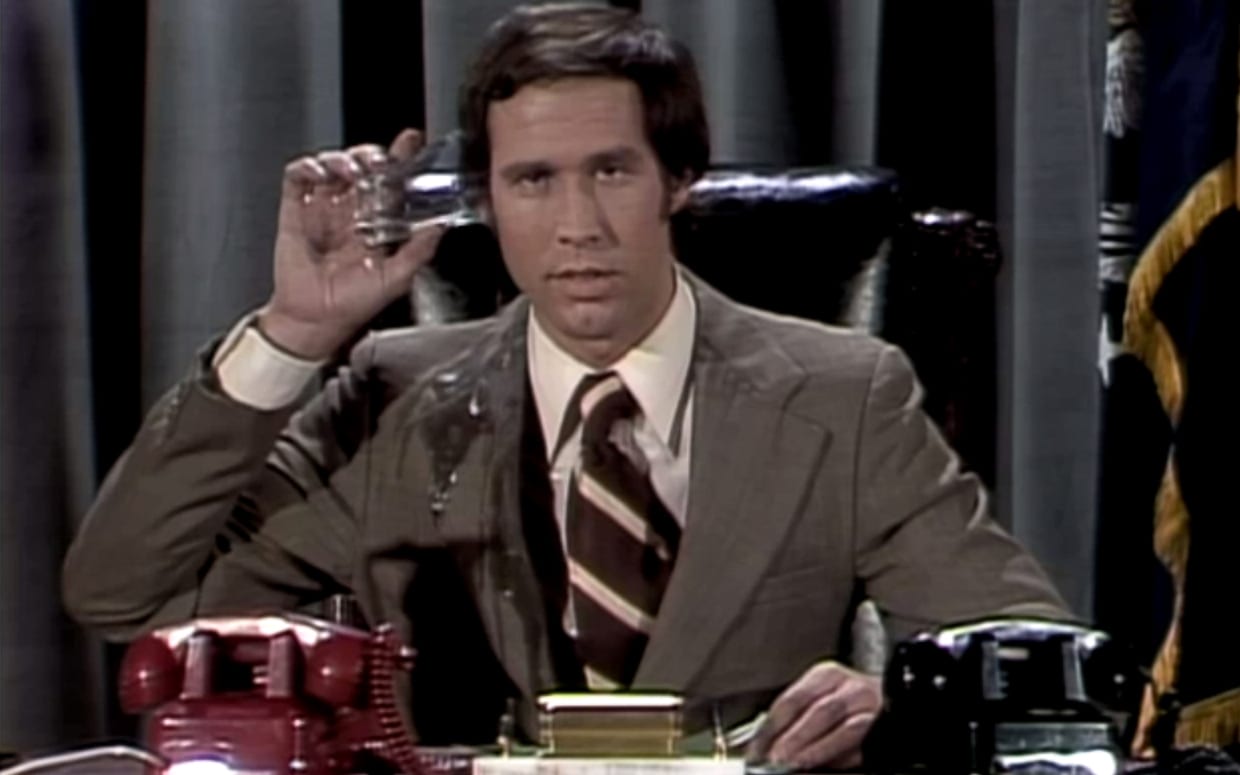 In the very first episode, he stood out front and said”Live from New York, it’s Saturday Night!”

9. Richard Belzer was the first comic to warm up the audience.

You probably know him as Sergeant John Munch on Law & Order, but in the 70s, Belzer was a stand-up comic hired to warm up the audience.

He appeared on the show a few times, usually as a last-minute fill-in, and he remains a bit bitter that (he says) Michaels promised him a spot on the show but never followed through.

8. Conan O’Brien had to eat his words about Wayne Campbell. 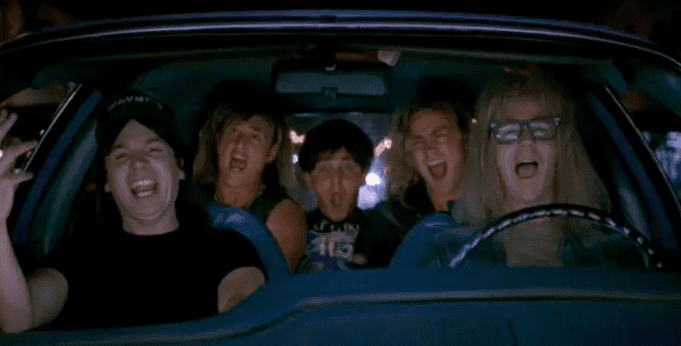 When Mike Meyers was just starting out he was soliciting feedback on his Wayne’s World characters. One of those comedians was Conan O’Brien, who recalls thinking “This poor kid is going to have to learn the hard way.”

Meyers wrote the sketch despite lukewarm feedback, and obviously, he made the right call. 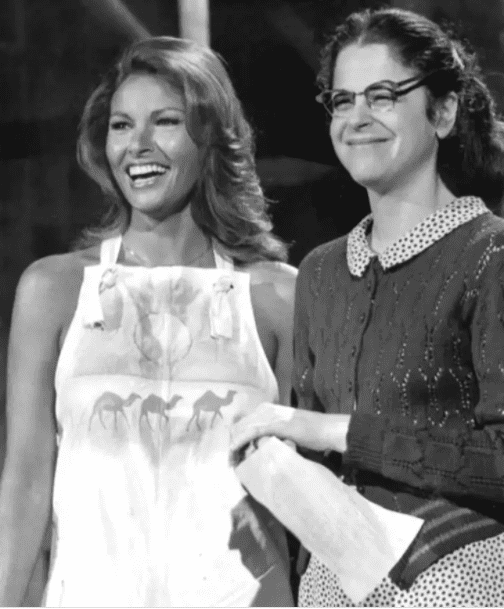 6. Will Ferrell, the show’s highest paid cast member, made quite a bit more. 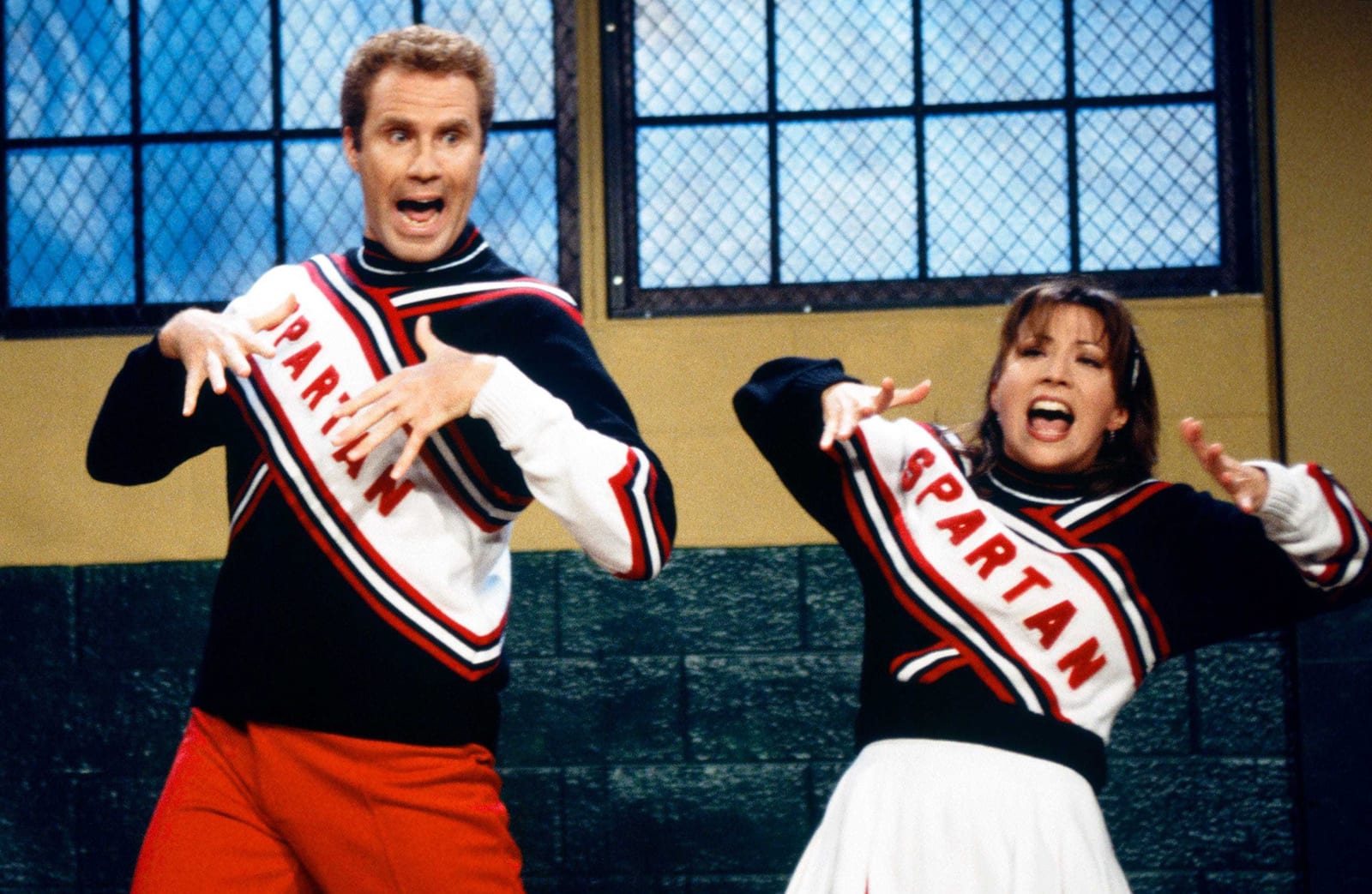 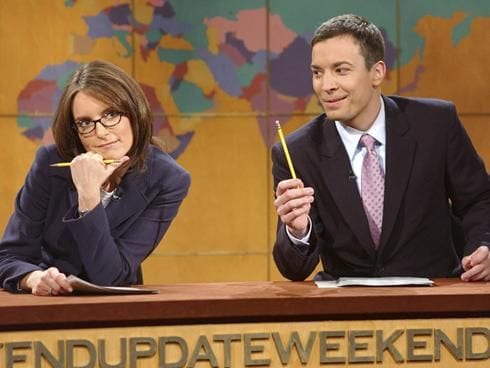 In 2000, Tina Fey and Jimmy Fallon were of course vying for Colin Quinn’s spot at the “Weekend Update” desk, but comedian Jeff Ross was also in contention.

Fey’s three years’ experience as a writer on the show, one of those spent as head writer, pushed her over the top. 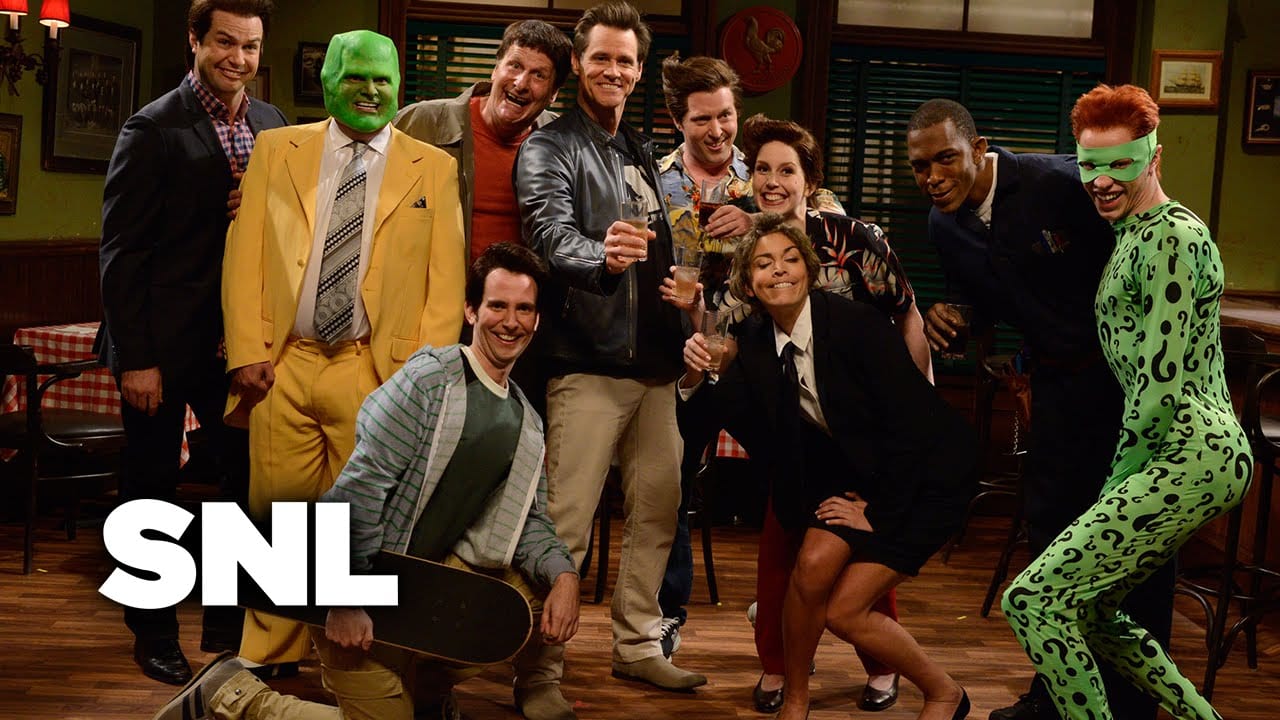 It’s hard to believe, but Jim Carrey failed to land a spot in the cast twice.

Both times, Lorne Michaels was not in the room, and in the book Live from New York, he made sure to say Carrey “never auditioned for me personally.”

3. Adam McKay was also turned down as a cast member. 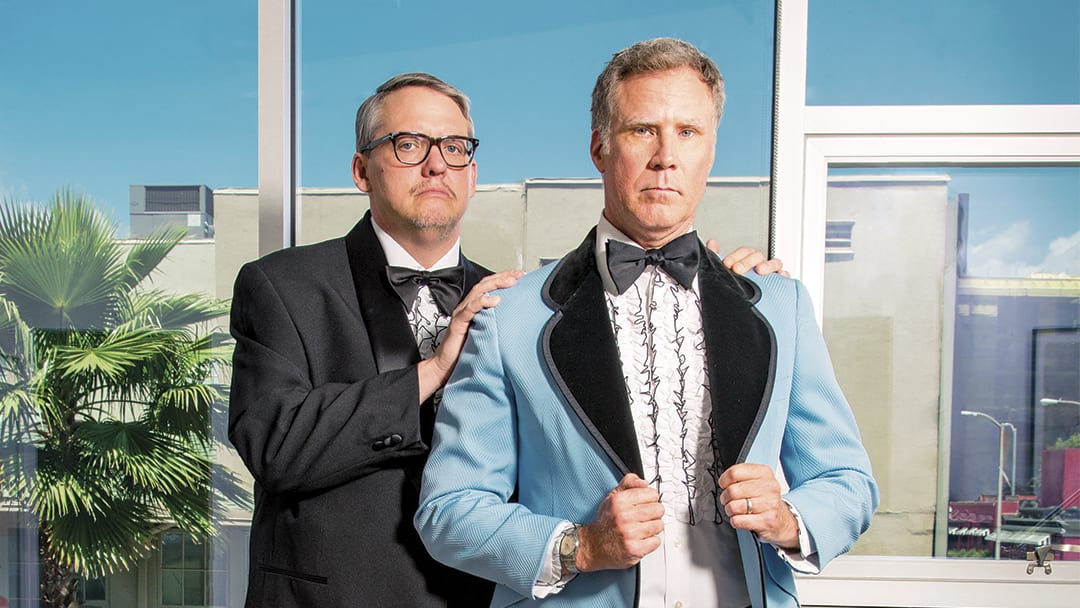 The now Oscar-winning director of Anchorman and Step Brothers did not audition successfully for a spot on the cast, but thinks it was for the best – he was offered a spot in the writer’s room instead and spent more than three years as head writer on the show.

2. There are more than a few spinoff scripts that have never been made into movies. 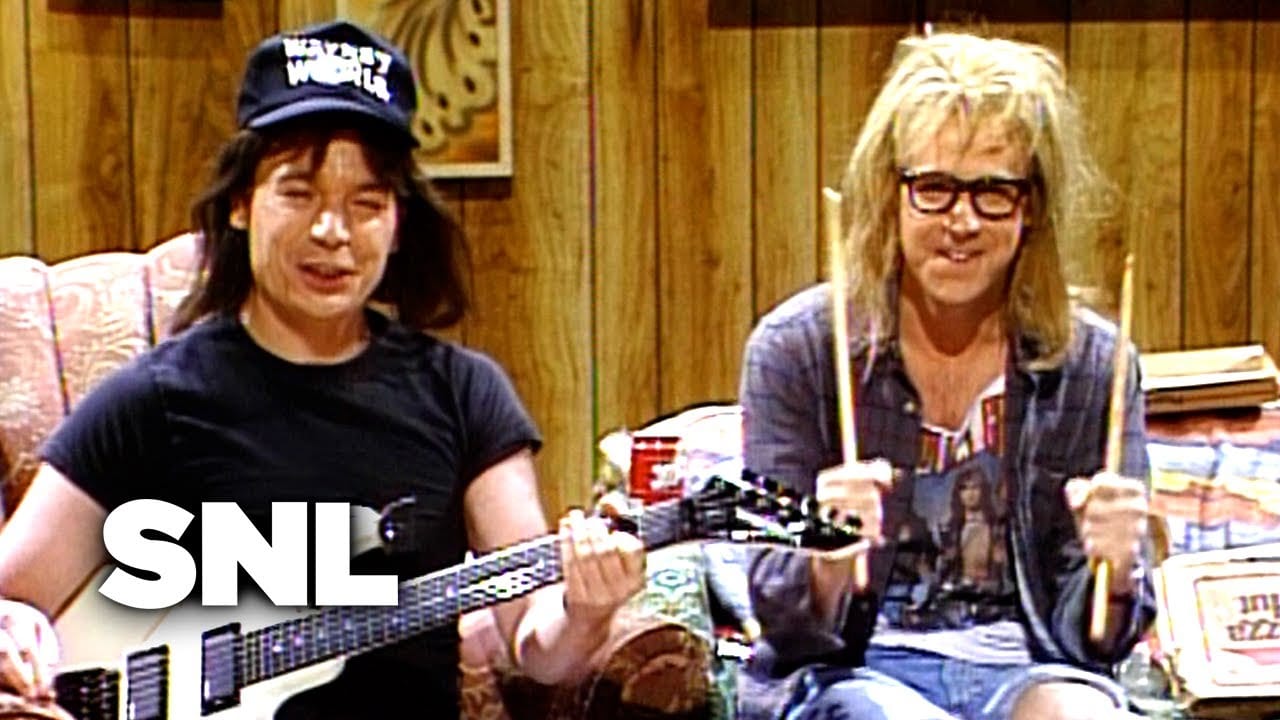 Among the stalled features is a Da Movie version of Da Bears sketch, a.k.a. Bill Swerski’s Superfans, one of SNL’s longest-running sketches, which premiered on January 12, 1991 (with Joe Mantegna as the titular Swerski).

A poorly received season of the show and an ensuing awful New York Magazine article put the kibosh on most related projects people were in the process of pitching.

1. Larry David and George Costanza are actually the same person. 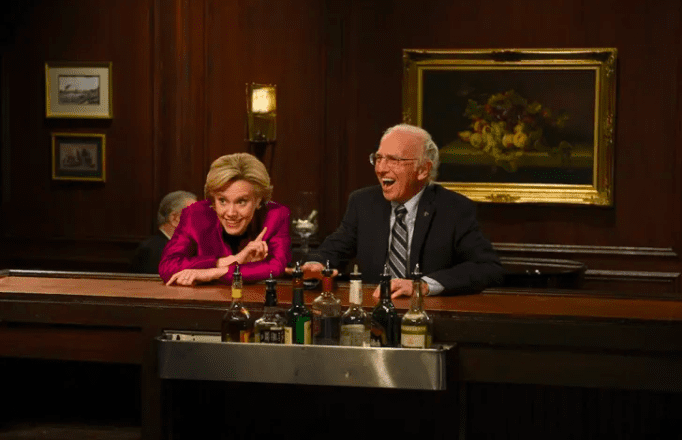 Larry David was a writer on the show in the 1980s, but struggled to get his sketches on the air. He said he’d had it, quit, and walked out five minutes before an airing, but once he’d cooled off, he realized he’d made a mistake.

He showed up on Monday for work like nothing had happened and continued working for the remainder of the season.

You might recall that the scenario did not work out as well for George when he tried the same thing on Seinfeld.

These make me want to go back and watch my favorites all over again!

What is your favorite character on the show? So many choices, but tell us yours in the comments!