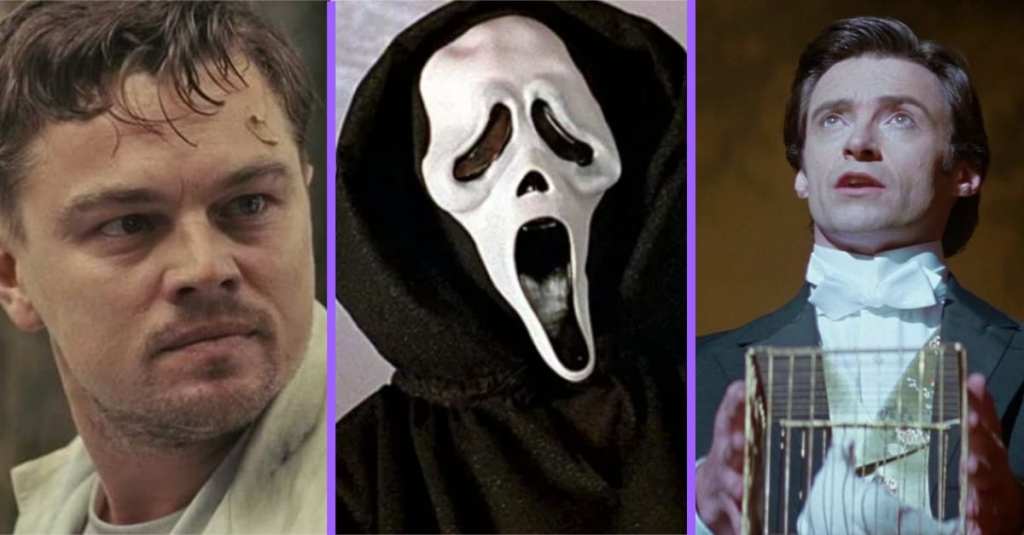 There are movies out there for literally every single taste, but I know many – if not all – moviegoers appreciate at least a little bit of a surprise along the way.

Except maybe romance enthusiasts. They like to be delivered exactly what they came for and little else, which is fine!

If you do enjoy a movie with an epic twist (or two), though, here are 18 people claim are vying for the title of best of all time.

FAIR WARNING: THERE ARE SPOILERS BELOW!!

“The audience thinks John Goodman is crazy and has been faking an invasion the whole time in order to keep the lead actor captive in his bunker; however, it turns out that, even though he really is crazy, the invasion was real just the same.”

“When it’s revealed that Tyler Durden is actually the narrator, it’s incredible.

I love the movie as a whole, and this remains one of the most inventive and mind-boggling plot twists of all time.”

“The first time I watched that and that ending came, I was genuinely shocked!”

“I know that this one did, in fact, win a bunch of awards, but it’s still the only movie to literally have me sitting all the way back on my couch in shock by the time it was all said and done.”

“The signs pointed toward a tragic end for Andy, and the movie had been pretty bleak until that final twist.

It was such a wonderful ending. It was so beautiful, cathartic, hopeful, and really surprising!”

“No brainer. I totally believed he was a detective the entire time.

Never once thought he was a patient at the asylum.

“It was already such a good movie, but that plot twist was so well-executed…

I honestly don’t think anyone who’s seen the movie could’ve seen it coming.”

“The entire film, you believe that the mother and her two children are being haunted by a family…only to find out that THEY themselves are the ghosts.

I never saw that plot twist coming at all!

The whole movie was confusing, but then it all made sense with the twist.”

The first three Scream movies really did have mind-fuck plot twists for my teenage brain.”

“With Richard Gere and Edward Norton…I wish I could forget the ending and watch it again! ”

“Say what you want about the movie, but if you thought there was a fully grown man living in the walls before it was revealed, I think you may need to see a therapist.

There was no way to see something THAT crazy coming.”

“Hands down, the moment when you find out that Christian Bale’s character had a twin the whole time.

All that time, Hugh Jackman was trying to ‘figure out his trick,’ it was just a simple con! Brilliant!”

“Disney marketed Hans as the ‘good guy,’ and then — with less than 20 minutes left to the movie — he turns out to be the villain?! He portrayed every quality of a typical Disney prince, and I think that’s why it was such a shock to everyone.

We, as the audience, were made to believe that Hans was perfect for Anna, and we didn’t question it because of the ‘true love’ concept created by Disney. I remember sitting in the theater watching that and hearing the audible gasps in the audience. I still get mad to this day watching that scene.”

“It’s a rom-com, so you’re not expecting a huge twist or anything, but — when the twist came — I was floored.

Never thought all of the characters’ worlds would collide in the way they do, but it’s SO funny.

Ryan Gosling sincerely got ignored during awards season for that role.”

“This one is easily the winner, hands down.

When you find out why the main character was kidnapped…no plot twist could ever beat that absolute bombshell of a twist.

Even the villain is giddy as he’s about to reveal it.”

“The ending of this thriller threw me all the way off.

Basically, you find out that the man stalking Johnny Depp’s character wasn’t real and that it was just him going mad because his wife had an affair and left him.”

“The first time I saw this, I was absolutely shocked that Mrs. Voorhees was the killer and NOT Jason!

I didn’t see it coming at all!”

“When we cut to Amy being alive and well after believing she was murdered, I said — out loud in the theater — ‘What the f**k?!'”

I’ve seen some of these, but not all. Time to catch up!

What’s your favorite film plot twist? Drop it in the comments!