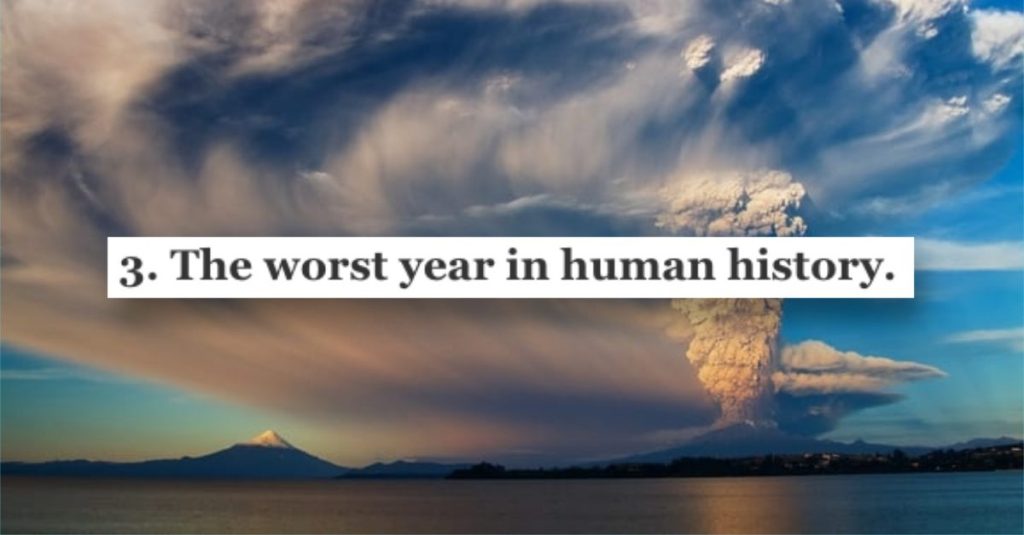 I’m going to go out on a limb and guess that you love facts. You’re here, after all, and this sort of headline is the thing that makes your brain get all warm and fuzzy inside.

If brains got warm and fuzzy, I mean. Which they don’t.

So, without further ado, here are 20 facts we think you’re just going to love.

20. A rat was once awarded a medal for bravery. 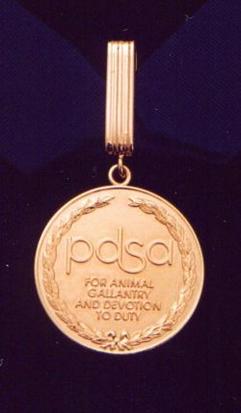 Magawa the rat received a gold medal for bravery and heroism in 2020. He located 71 active land mines in Cambodia before retiring to live out the rest of his rat life in relative ease. 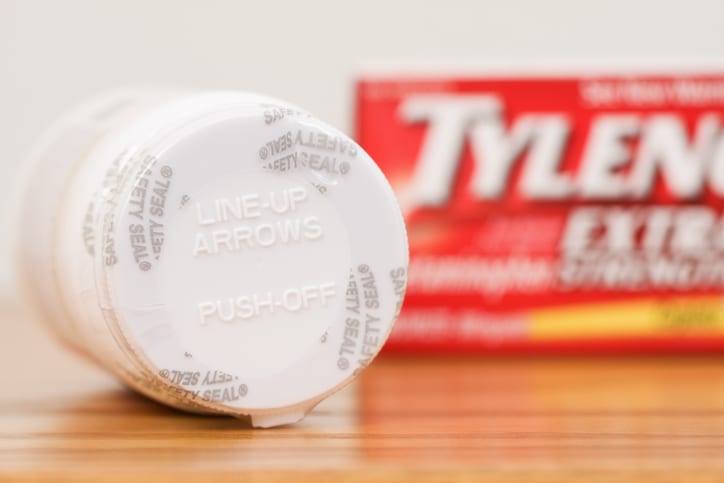 It was the fall of 1982 in Chicago when a handful of people – some related, some not – died from lethal doses of cyanide poisoning. The only thing they had in common? A dose of Extra Strength Tylenol.

Johnson & Johnson pulled all of their advertising and initiated a recall that cost them over $100 million. The crime was eventually discovered to have been committed locally; a killer had tampered with bottles in pharmacies and in grocery stores in the Chicago area.

At least, that’s what they think – 40 years later, we really don’t know anything for sure.

These murders are the reason you have to peel off that annoyingly tight foil and pop out the cotton, and also why pill capsules no longer pull easily apart. Go figure. 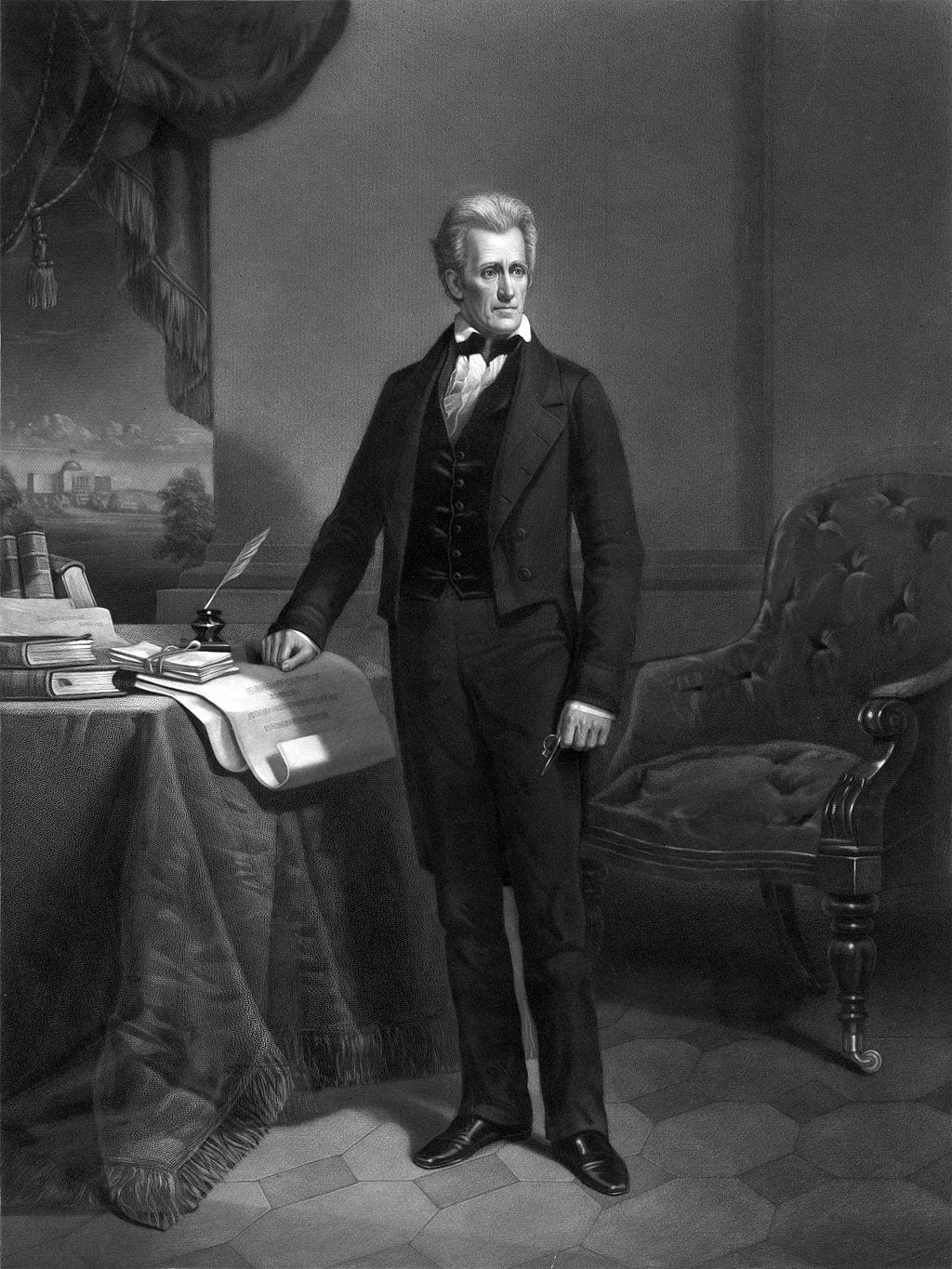 I hope that there isn’t much you find relatable about President Andrew Jackson – any good he did as a man or a politician is certainly erased by the fact that he gleefully committed genocide. That said, an intense love of cheese bonds even the dregs of society to the rest of us, it would seem.

While Jackson was in office, a dairy farmer gifted him a 1400-pound wheel of cheese. The President accepted and allowed the cheese to age in the White House Entrance Hall for two entire years.

The staff set out the cheese in 1837, during a party to celebrate the end of Jackson’s presidency, and documentation of the event was provided by Benjamin Perley Poore.

“For hours did a crowd of men, women, and boys hack at the cheese, many taking large hunks of it away with them. When they commenced, the cheese weighed one thousand four hundred pounds, and only a small piece of saved for the President’s use. The air was redolent with cheese, the carpet was slippery with cheese, and nothing else was talked about at Washington that day.”

That wasn’t the end of it, either – Van Buren, who succeeded Jackson, spent “many days” airing out the hall and carpet in an attempt to exorcise the smell, and the curtains and paint even had to be replaced. 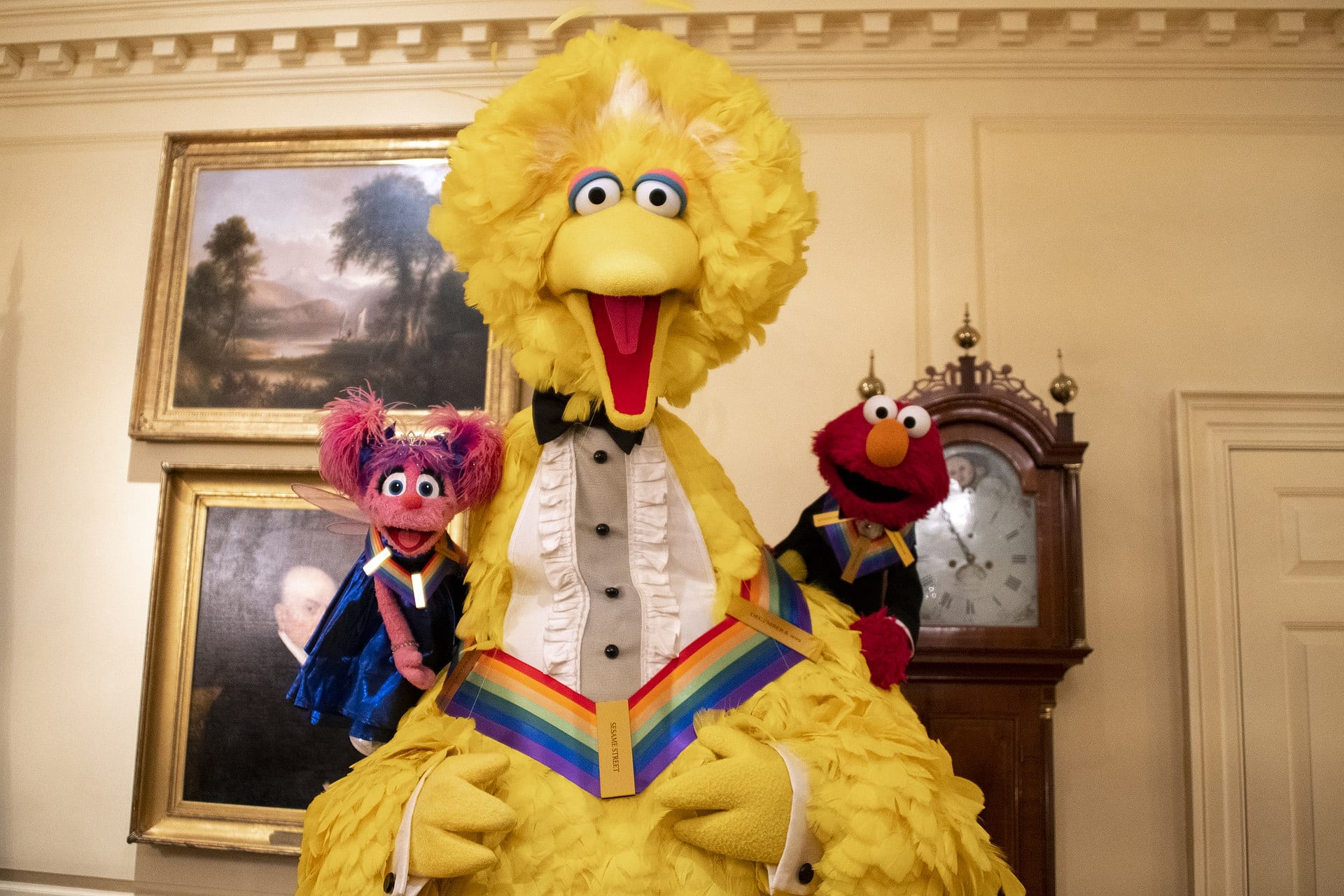 In 1986, the Challenger exploded 73-seconds after liftoff, resulting in the deaths of all seven souls on board. On of those souls, high school teacher Christa McAuliffe, almost wasn’t on board at all – NASA originally invited Big Bird to be the crew member invited as part of the Space Flight Participant Program instead.

Caroll Spinney, then man behind Big Bird, wrote about the experience in 2015.

“I once got a letter from NASA, asking if I would be willing to join a mission to orbit the Earth as Big Bird, to encourage kids to get interested in space. There wasn’t enough room for the puppet in the end, and I was replaced by a teacher. In 1986, we took a break from filming to watch takeoff, and we all saw the ship blow apart. The six astronauts and teacher all died, and we just stood there crying.”

NASA confirmed the truth of the invitation in a statement.

“In 1984, NASA created the Space Flight Participant Program to select teachers, journalists, artists, and other people who could bring their unique perspective to the human spaceflight experience as a passenger on the space shuttle. A review of past documentation shows there were initial conversations with Sesame Street regarding their potential participation on a Challenger flight, but that plan was never approved.”

NASA abandoned the program that allowed certain laypeople to attend shuttle missions after the Challenger disaster. 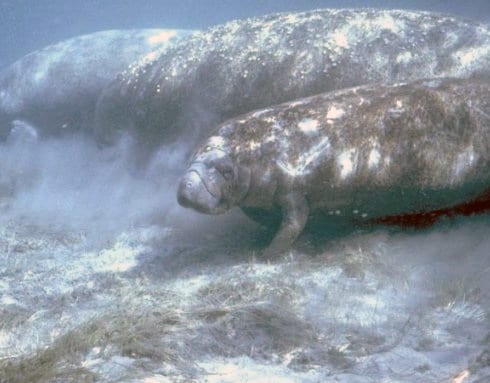 Manatees, or “sea cows,” will even bump or nudge alligators who are in their paths, and the gators just take it.

I don’t know what secret juju manatees have, but I sure wish I had some.

15. The very first video uploaded to YouTube is pretty underwhelming.

It was uploaded on April 23, 2005, and features YouTube cofounder Jawed Karin hanging out at the San Diego Zoo for about 18 seconds.

14. King Charles was wearing silk when he was beheaded. 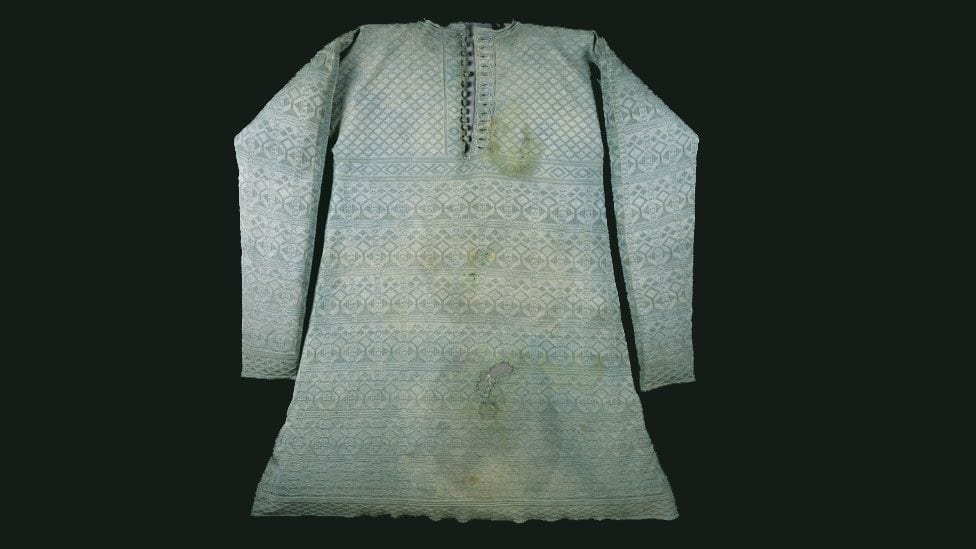 He was executed in 1649 and asked to wear something warm so that he wouldn’t shiver and appear to be afraid.

The stains are sweat or vomit, according to experts, so there’s no hiding that fear from posterity.

13. One of Saturn’s moons is capable of supporting alien life. 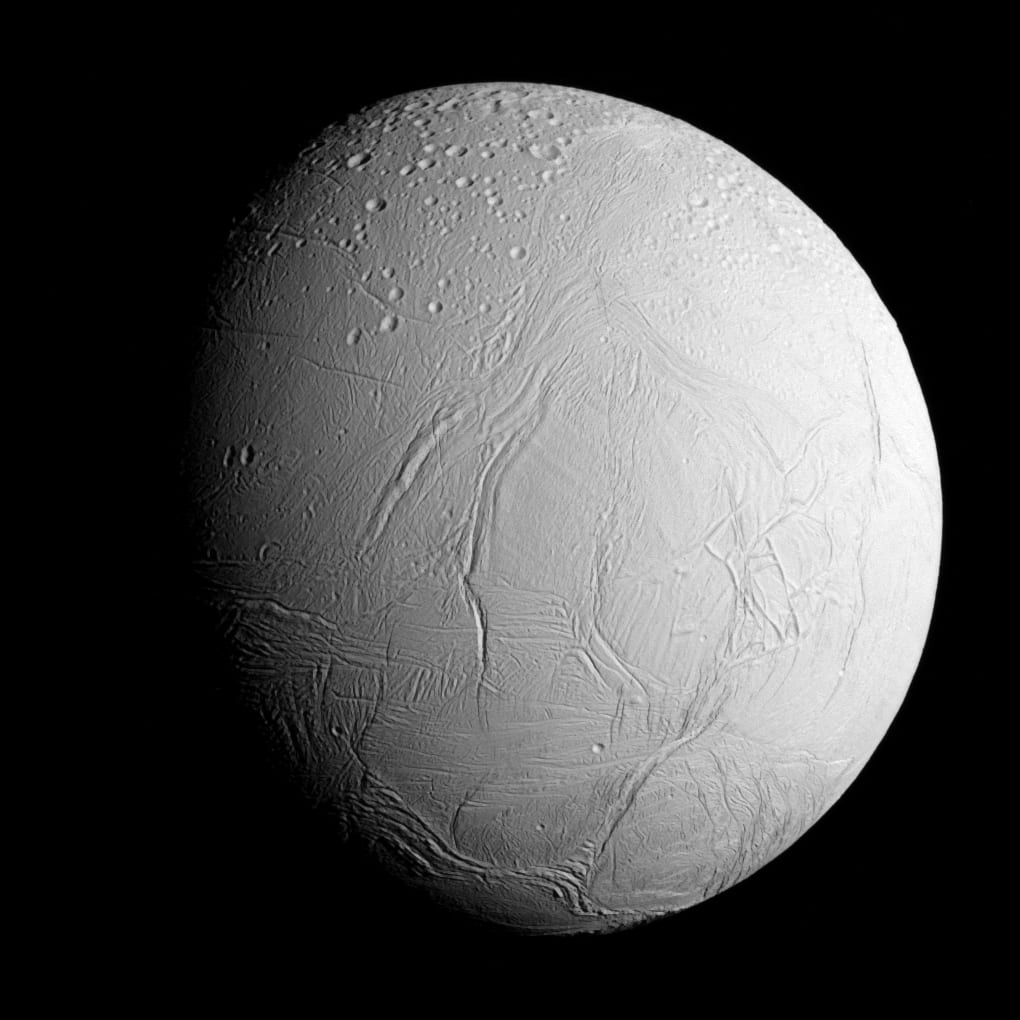 Enceladus is Saturn’s 6th largest moon (it has 82 in total), and is only roughly the size of the United Kingdom.

It’s icy on top but contains a huge ocean underneath, which is what makes this moon one of the likeliest places in the universe to find alien life. 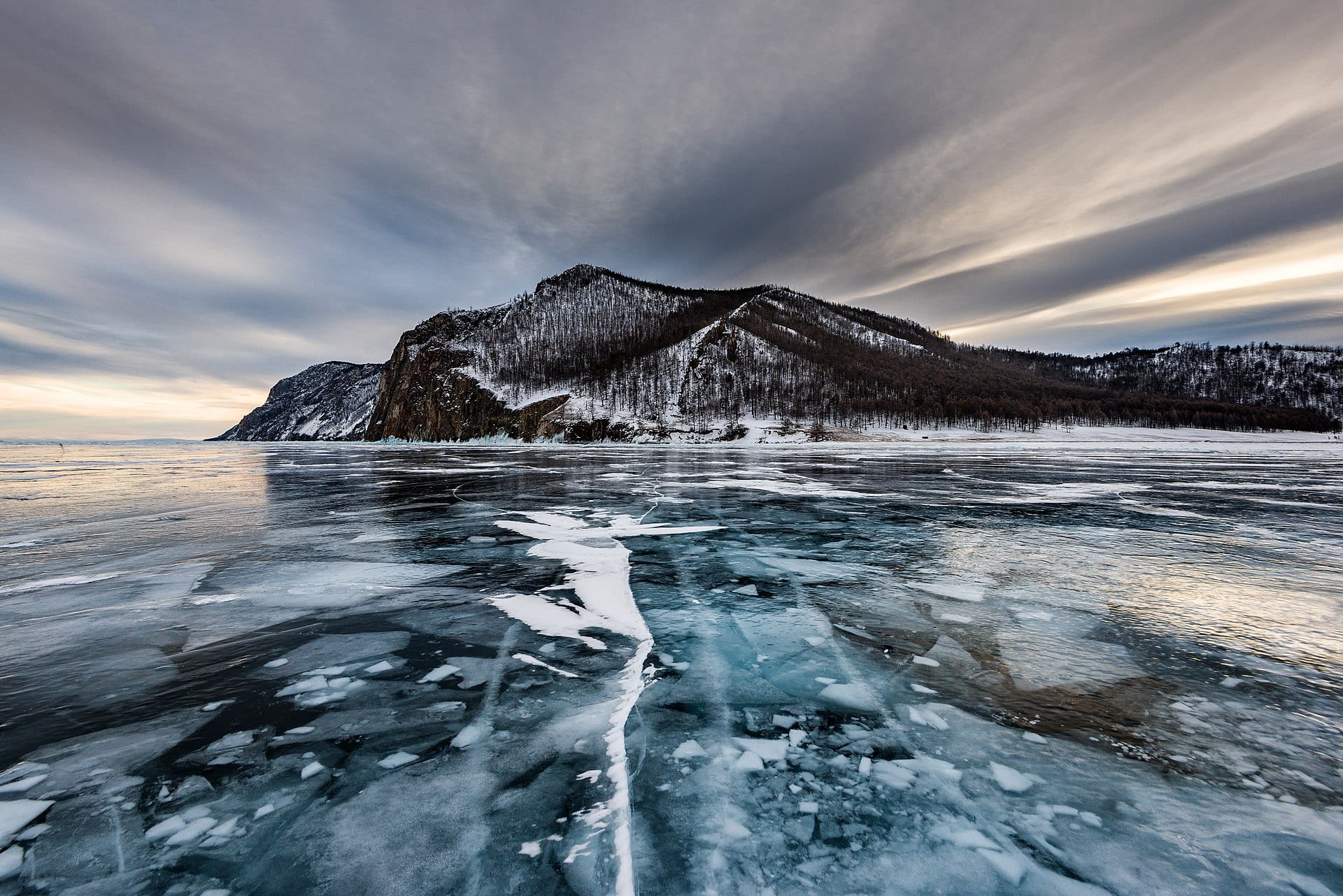 Lake Baikal is located in Siberia, and contains around 20% of the fresh water on the entire planet.

There are plenty of weird things reported around the area, which is a 25-million-year-old rift valley. The resulting “magnetic anomalies” cause a compass to spin aimlessly, but other incidents are a bit more sinister.

Boats vanish into unforeseen fog, Jesus might have visited, and Genghis Khan may have been born there – and that’s saying nothing of the ancient lake monster that people have been spotting for around 3,000 years.

It’s also been called a “UFO hotspot,” so maybe that’s where you should visit to find out whether or not the truth really is out there.

11. A vacation to Snake Island would likely be your last.

Ilha da Queimada Granda – Snake Island – is located off the coast of Sao Paulo, Brazil. It’s as beautiful as you could ever imagine…and it’s one of the deadliest islands on the planet due to its population of venomous snakes.

Anyone who has ever tried living there – or even venturing over to check it out – has ended up dead.

10. There actually are dragons. 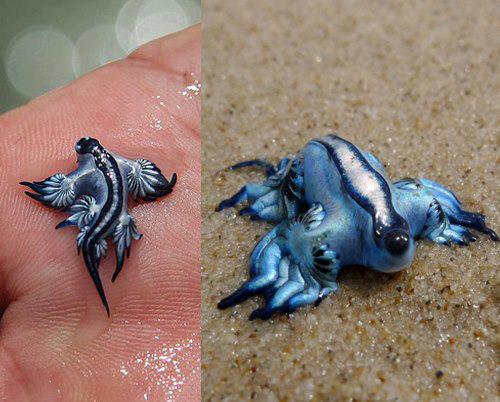 Blue dragons – glaucus atlanticus – has got to be the smallest, coolest looking slug you’ve ever seen.

9. Only one Black passenger died on the Titanic. 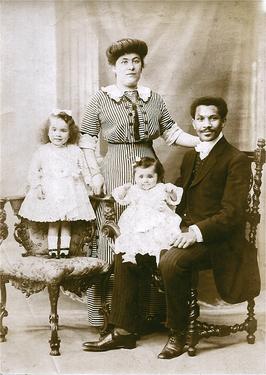 Joseph Philippe Lemercier Laroche was traveling with his wife, Juliette Marie Louise Lafargue and his two children, Simonne and Louise, when the Titanic his an iceberg that night. He and his two daughters were the only Black passengers aboard (unless you count his unborn baby).

The family was returning to Laroche’s native Haiti, where he planned to work as an engineer.

At the lifeboats, Joseph wrapped his jacket, laden with all of the wealth he had, around his wife as she and their daughters boarded a boat. He told her “Here, take this; you are going to need it. I’ll get another boat. God be with you. I’ll see you in New York.”

He perished on the ship while the rest survived. Their son, Joseph, was born later that year.

8. King Tut had a dagger made from meteorites. 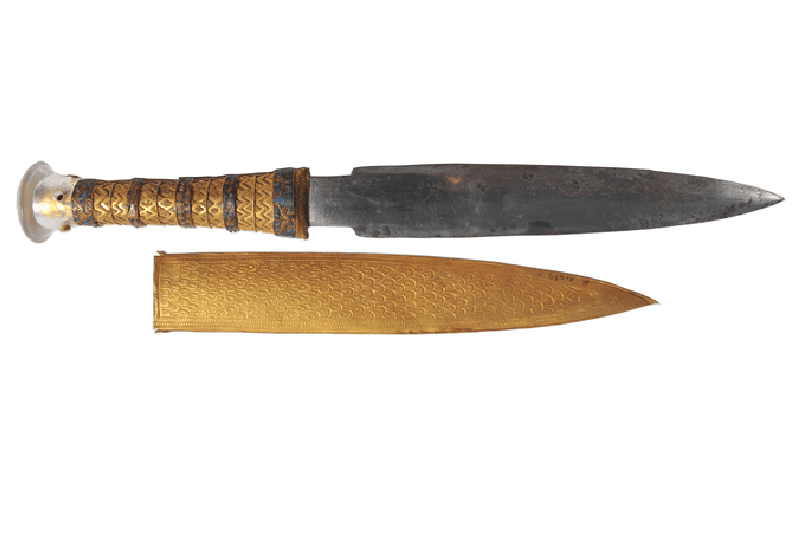 The dagger, found in his tomb, was made from iron, nickel, and cobalt, a combination of metals most commonly found inside meteorites. 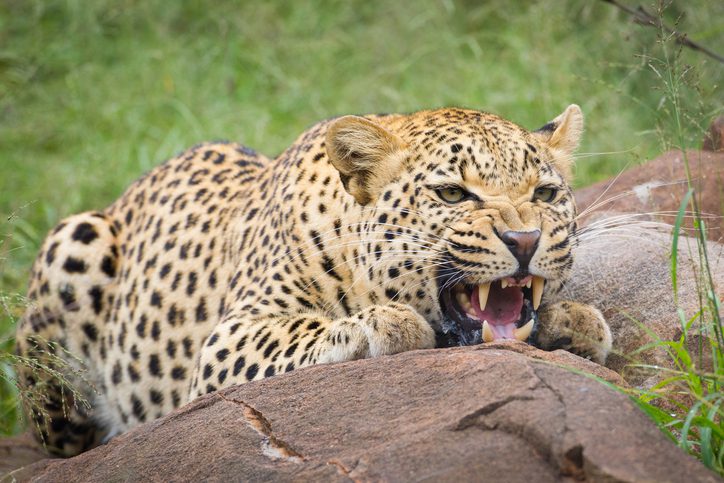 Experiments that included several different scents were conducted at the Bronx Zoo in New York City, and this scent was the favorite by a mile. the cats sniffed it, drooled over it, rolled around in it, and generally would definitely pay extra attention to anyone wearing it (fair warning).

Tiger expert Michelle Meyers speculates that the musky scent of the cologne mimics those that come from mammals naturally.

6. White ravens have been spotted in Vancouver. 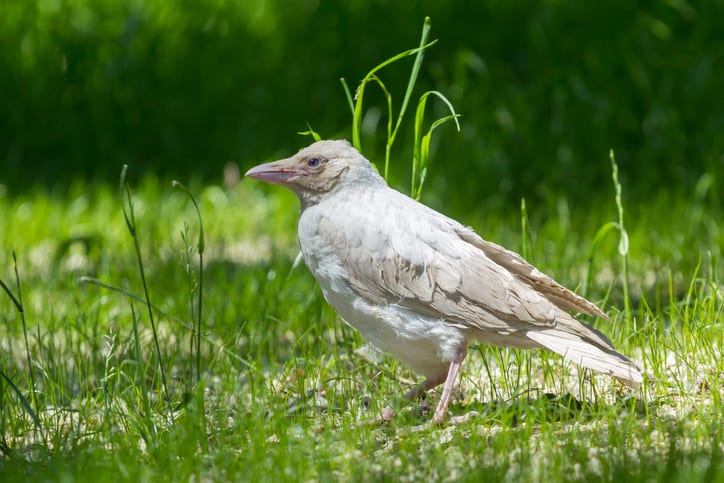 The birds, spotted on Vancouver Island in British Columbia, are exceedingly rare.

They’re only missing some pigment, not all of it, which means they’re not albino, but leucistic.

5. Tesla knew the smartphone was coming…eventually. 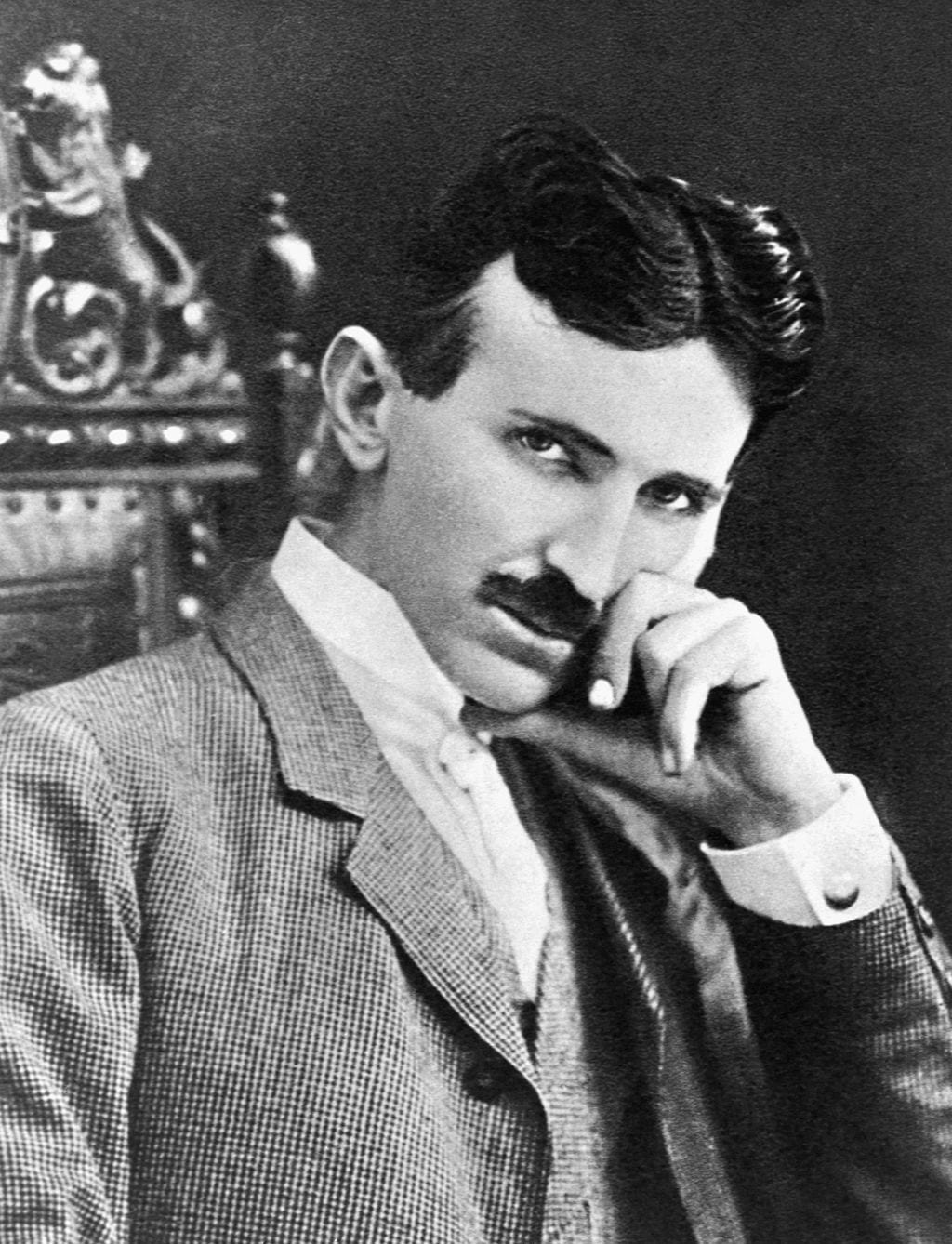 He predicted its invention back in 1926 during an interview with Collier’s magazine.

“When wireless is perfectly applied, the whole Earth will be converted into a huge brain, which in fact it is, all things being particles of a real and rhythmic whole. We shall be able to communicate with one another instantly, irrespective of distance. Not only this, but through television and telephony we shall see and hear one another as perfectly as though we were face to face, despite intervening distances of thousands of miles; and the instruments through which we shall be able to do [this] will be amazingly simple compared with our present telephone. A man will be able to carry one in his vest pocket.

We shall be able to witness and hear events—the inauguration of a president, the playing of a World Series game, the havoc of an earthquake, or the terror of a battle—just as though we were present.”

4. Julia Child was basically a spy.

She was an intelligence officer for the OSS, which preceded the CIA, during WWII.

Child didn’t speak much about her days with the agency, but some files about her service were declassified in 1981. It turns out she helped develop a shark repellent that could help downed pilots keep from being eaten before a rescue could be attempted.

3. The worst year in human history. 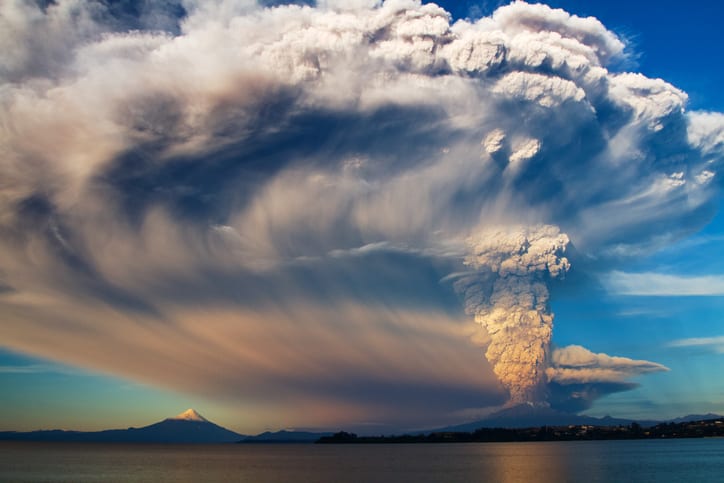 It was 536 C.E., and the events of that year were so catastrophic that it took Europe nearly a century to fully recover.

A huge volcano erupted in Iceland, sending so much ash into the air that it affected weather and crops all over Europe, the Middle East, and even Asia – the skies were dark for 18 months. A lot of people starved.

No one really knew where it had come from, and so people must have wondered, too, whether or not it would ever go away.

2. The first doctor to suggest hand-washing could save lives was committed for it. 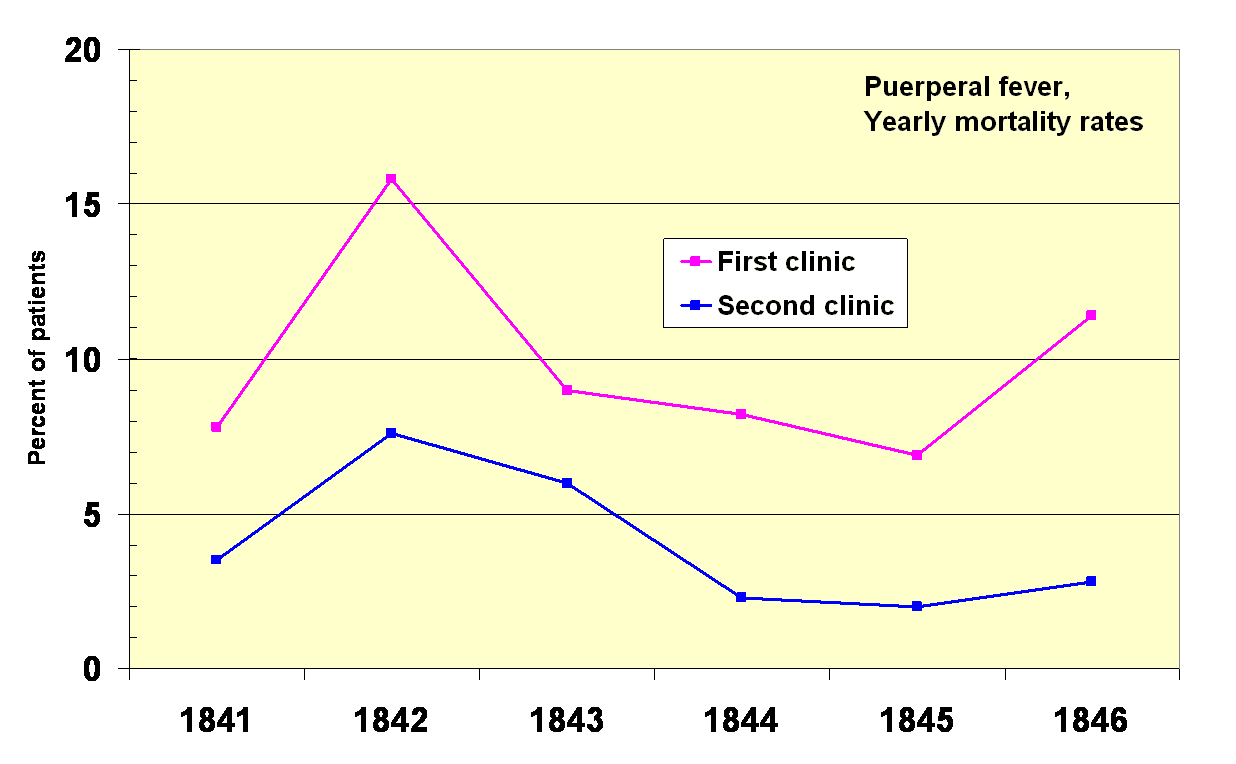 Ignaz Semmelweis was an obstetrician in Vienna, Austria who was looking to improve his maternal mortality statistics. He worried that the bodies of pregnant women were becoming contaminated by the autopsies his practice also performed, and so ordered the staff to increase their cleaning procedures – including requiring hand-washing between patients.

The result was fewer women falling ill and dying, because obviously there were fewer bacteria running around.

The connection between bacteria and infection wouldn’t be made for several decades, so when Semmelweis tried to convince his colleagues to wash their hands more because it saved lives, he honestly had no idea why it worked, only that it did.

His temper also didn’t help him convince anyone, and when he was eventually fired from his position, the hand-washing requirements were dropped.

Semmelweis was committed to an asylum later in life, and he died there without ever realizing he was very close to being proven right.

1. The deepest hole ever dug by humans.

The Soviets began to dig a hole in the 1980s, just to see how deep they could go before they were forced to stop. The result is the Kola Superdeep Borehole, which reaches 7.5 miles into the earth (but is only 9 inches wide) before the high temperatures forced them to stop.

For reference, the Mariana Trench – the deepest part of the ocean – is around 6.8 miles deep.

The drilling stopped not long after the dissolution of the Soviet Union and the site is now abandoned and sealed shut.

Are you jazzed up over there? I know I am.

What’s your most favorite fact? If you don’t see it here, share it with us in the comments!