There are several reasons I’ve been hesitant to re-name any of my Pokémon in the game so far.

Practically speaking, I like using the “A-Z” function to organize them by type, but I think the main reason is that I have enough stuff to do – when the servers let me on – that re-naming Pokémon just hasn’t become a priority. Unless, of course, I’m evolving an Eevee. 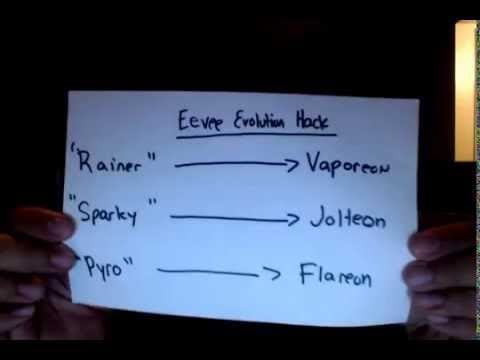 And even then, that only works the first time around.

Well, that all might change now that I’ve seen what Imgur user june1920 has done: re-name all of their Pokémon with whatever his or her two-year-old called them.

Here are 25 examples of one kid naming Pokémon the darndest things:

And it’s a pain in the ass to catch.

Oh, good! I was worried there for a second that the chicken might get lonely.#17.

Get ready for the “bunny” run…

OK, that one’s actually pretty accurate. Maybe even more so than in the game.

Not even close. Dumb kids…

If you’re naughty, this is who visits now instead of Santa.

FISH? What?? Who is raising this child…

*Does whatever a spider-bat does…*

What’s the funniest name that you’ve seen or come up with so far?

Have you seen our Ultimate Pokémon GO XP Chart yet?