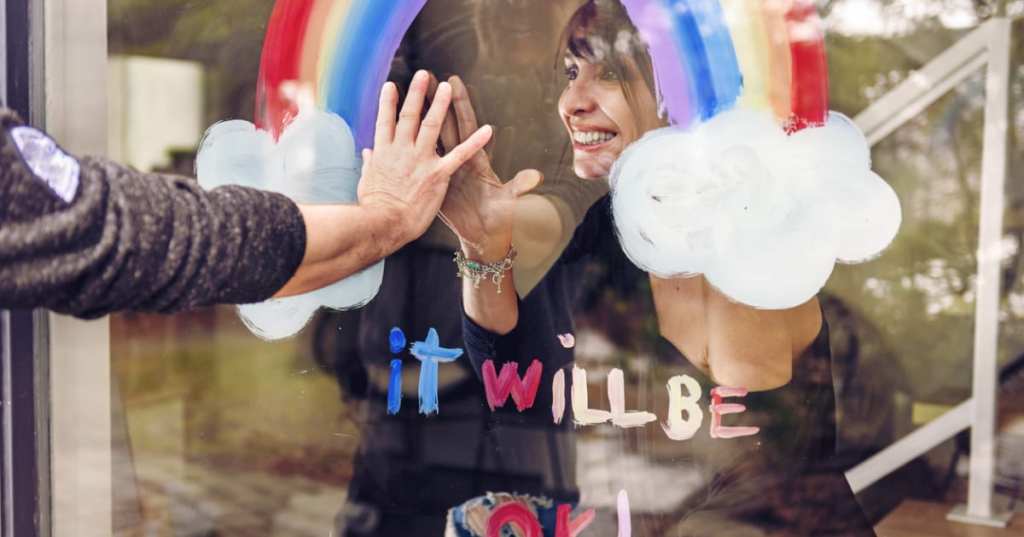 5 Stories That Might Make You Believe in Humanity Again

It can be hard in this day and age of constant, usually horrible, news to remember that human beings are not constantly being terrible and awful to each other, don’t you think? We have to seek out the people and the news stories that remind us that isn’t true (at least not all of the time), but the effort can certainly be worth it.

If you’re in the mood for something uplifting, we think these 5 stories just might do the trick.

5. The kids are alright.

I am a widow who suffers from allergies and mobility problems, and I don’t have the luxury of having family nearby. Thankfully, I have a kind teenager to do my yard work.

One evening, I asked if he’d mind doing some extra work around the house. When I tried to tip him afterward, he refused. “You’re going to spoil me,” I said.

Kyle answered, “Somebody needs to.” Fortunately, heartwarming true stories that will restore your faith in humanity aren’t hard to come by.

4. When someone takes a moment and really sees you.

I was running through the streets of New York, soaking wet thanks to a sudden storm, when I heard a voice: “Do you need an umbrella?”

It was a woman standing in the doorway of a hotel. She grabbed an umbrella and handed it to me, saying, “Now you have at least one more reason to believe there’s humanity in this world.”

Continuing on my way, I was now not only protected by an umbrella but also by the kindness that shows up now and then in the world.

Thirty years ago, my world almost fell apart. I had surgery, was fired, and was informed by the IRS that my employer had not paid employment taxes. After a few weeks, I saw a flyer about a Japanese festival. Although a physical and emotional wreck, I decided to go.

There, I met a Japanese gentleman with whom I chatted for hours. A few months later, I came home to find a bouquet of flowers and a letter at my door. It was from that same friend. Inside the letter was a check for $10,000 to help me through my rough patch.

Sixteen years later, I met a family that had been evicted from their home and needed $5,000 to close the escrow on a new house. Without hesitation, I handed them a check for the full amount. They call me their angel, but I remind them that I, too, once had an angel.

2. A helping hand from the beyond.

I used to work as a nurse’s aide in a hospital, where I befriended an elderly patient. We shared stories and jokes—I even revealed to her my lifelong dream of being an illustrator.

Once, after I told her about my sorrowfully tiny apartment and cheap furniture, she said, “Maybe one day a good leprechaun will come and help you.” Soon after, she passed away.

A few days later, there was a knock on my door. It was her son with a truckload of furniture for me. It had belonged to his mother, and she wanted me to have it. And then he handed me this note: “Betty, I promise to put in a good word for you in Heaven so you can get the job you’ve always wanted.”

Three months later, I got an illustrating job. My friend had kept her promise.

1. Mom deserved to be there.

Nigeria is a long way from the Baltimore suburb of Bel Air. Which is why Felicia Ikpum hadn’t seen her son Mike Tersea for four years, ever since he’d left Nigeria on a basketball scholarship to John Carroll School.

But with his graduation from John Carroll looming, Tersea’s teachers and classmates thought his mother should be at the ceremony. “We wanted to do something valuable for one of our classmates,” Joe Kyburz, the senior-class president, told The Baltimore Sun. Knowing Ikpum couldn’t afford the plane ticket or hotel, the school raised $1,763 to bring her over.

Nigeria can be a dangerous place, and Ikpum traveled 12 hours through terrorist-held land to make the flight. What was her reaction when she laid eyes on her son after four years? “I screamed, I shouted!”

Stories like these just kind of make you feel like you can breathe again, don’t you think?

Where do you go for happy news stories? Please share with us in the comments!