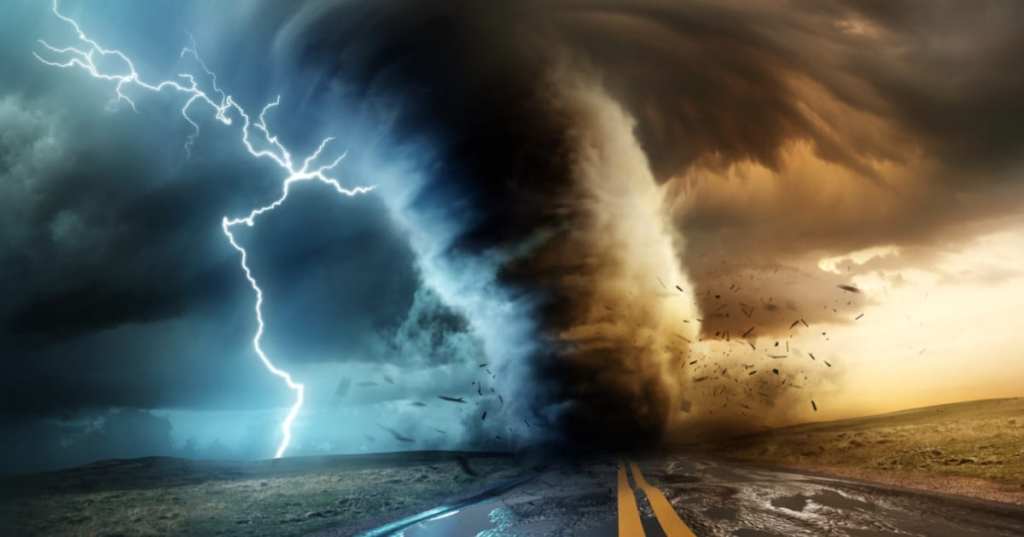 House Actually Do Fly, and 8 Other Things Storm Chasers Know but Won’t Tell

Before the movie Twister, I don’t think a ton of people realized that chasing storms was like, a job people did for a living. It seems counterintuitive, doesn’t it? The racing toward violent, deadly storms instead of going the other direction?

We know now that there are always people willing to do crazy sh%t for science, though, so let’s find out what it’s like behind the scenes of the storm-chasing world. 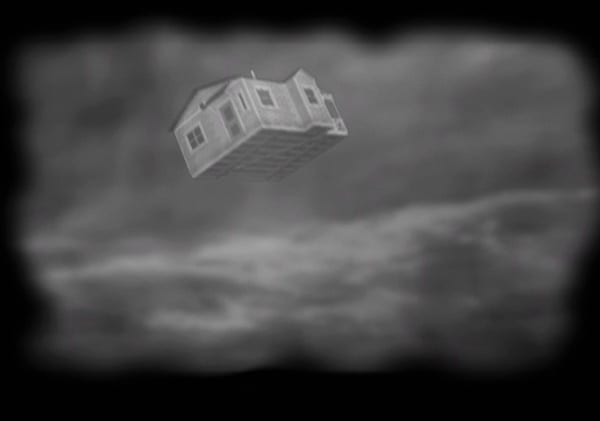 Storm chasers have to get really close to the action to obtain the readings and photographs their work requires – typically within 200-300 yards of a tornado that’s on the ground, for example – which is close enough to experience intense wind speeds. 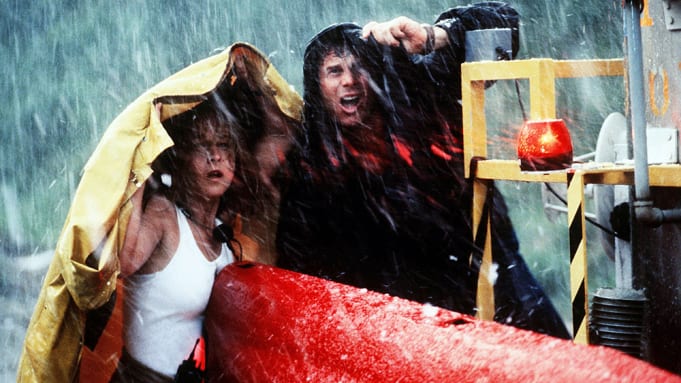 Twister was a huge hit (and not a bad flick, either, and tornado chaser Greg Johnson says it inspired tons of folks to try their hand at the business.

“It’s the reason I got into it. There was this romantic notion of storm chasing. There are a lot of things the movie got right.”

A lot of things, but not everything.

“One thing it didn’t get right is the human toll. The damage associated with these storms.

The movie underplayed the destruction and death. In real life scenarios, it’s far worse than anything they show in the movie.”

7. Their equipment is made to take a beating. 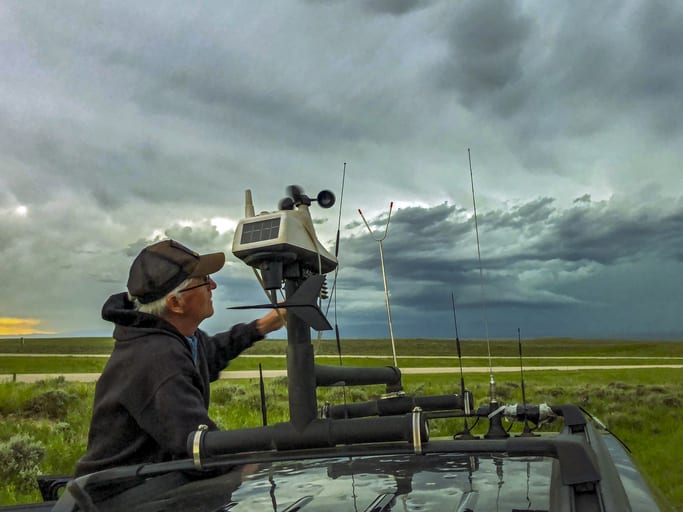 Chasers use all sorts of equipment, from doppler radars and laptops to cameras and other things they need to analyze the data they collect. They tend to put the equipment in harm’s way while they keep themselves safe in the truck or other vehicle – and they almost always bring backups.

“I have my camera and gear on a tripod. I’m in the vehicle taking remote pictures. The hail can hit the camera. Wind is an issue.”

That has to get expensive!

6. They don’t spend all of their time inside storms. 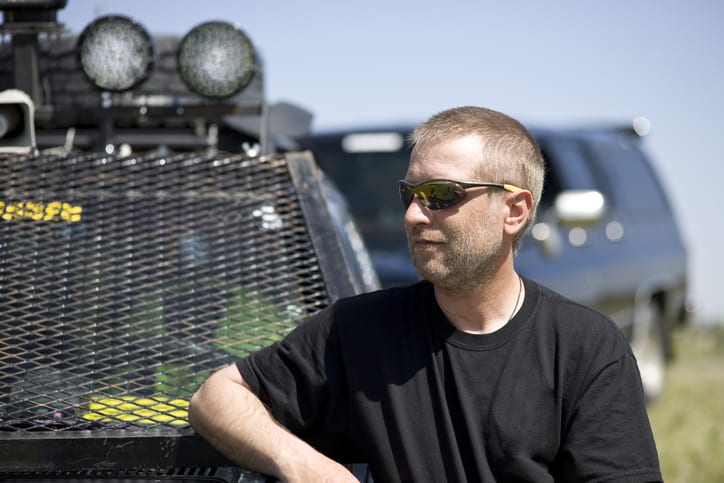 Like most professions that people imagine are exciting and thrilling, storm chasing is only like that a bit of the time. The rest of their job is traveling, and then analyzing the data that returns, says Southern California-based hurricane chaser Josh Morgerman.

“When you see videos on YouTube of incredible tornado events recognize what you’re seeing is the 1 percent of the time.

You’re not seeing countless hours at truck stops sleeping on the hood of a truck doing nothing.”

5. Helmets are recommended (but not required). 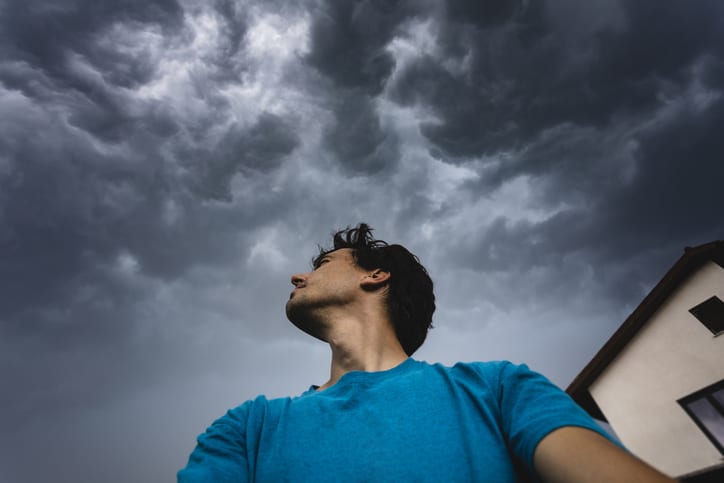 With storms that generate high winds, there are always things flying through the air at top speeds, but Morgerman admits few of his colleagues invest in helmets.

“I’m embarrassed to say I don’t wear a helmet.

Fans have been pushing me to wear one for years … the whole television crew is wearing helmets.

I don’t want anything to encumber the experience.”

Here’s hoping he continues to live through those experiences, I guess.

4. Traffic can be more dangerous than the storms. 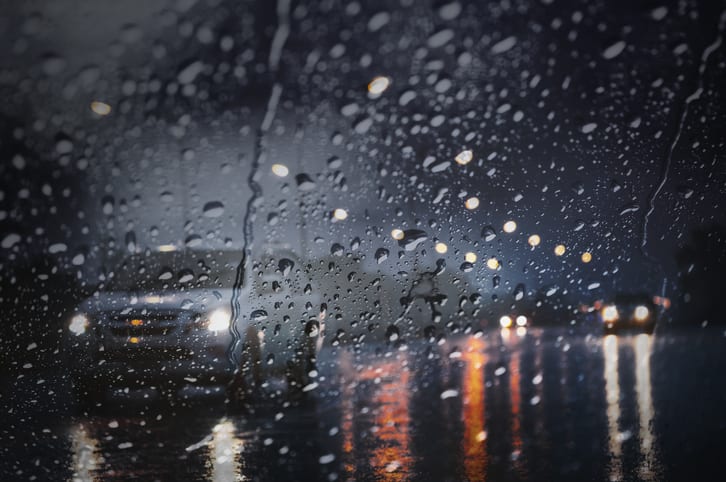 Cory Mottice says that most experienced storm chasers know that traffic congestion is scarier than the storm itself a lot of the time.

“In a more highly populated area, you have to worry about traffic congestion.

But as the storm is getting closer, people are worrying and start panicking.

They’ll pull under overpasses and get stuck on the road with a tornado coming at them.”

We all know that driving is tricky business, and unlike chasing storms, nearly everyone is out there attempting it every single day.

3. There’s nothing boring about a thunderstorm. 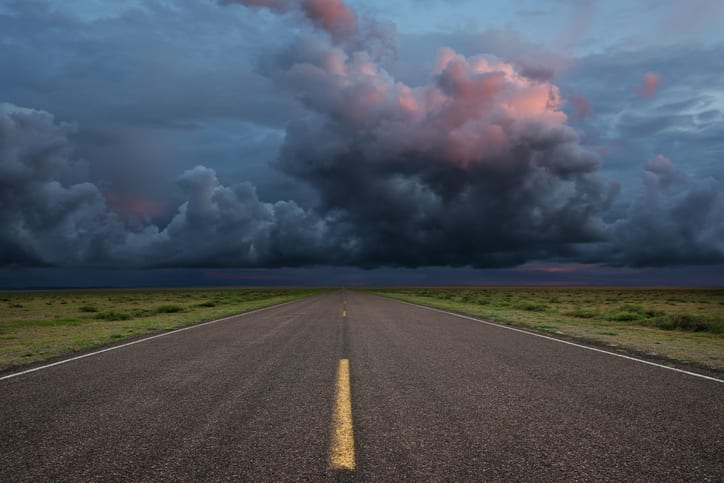 Sure, hurricanes and tornadoes are flashy and get all of the headlines, but experts like Mottice know a regular ol’ thunderstorm can be just as powerful.

“Some people think a severe thunderstorm warning with 80 mile-per-hour winds is no big deal, that the tornado is the big deal.

But winds produce more damage that some tornadoes.

They can do a lot of damage.”

He also warns that hail can be tough to navigate, and really hard on equipment and vehicles, so take cover whenever you can. 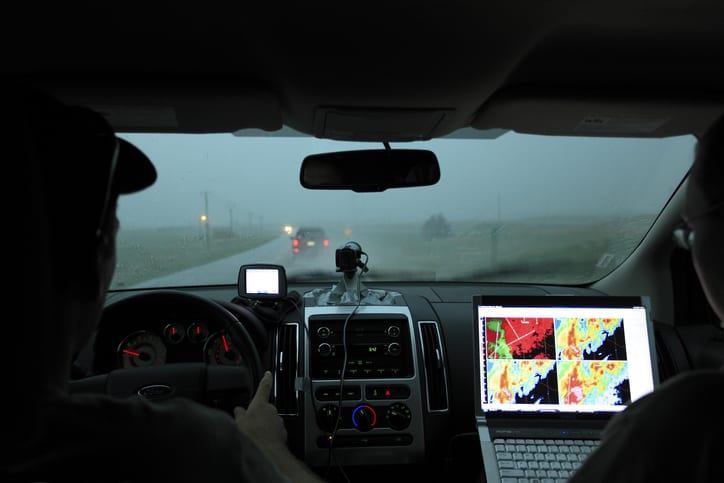 If you want to get into the business, you’ll need guts and some time to waste, but you’re also going to need to be able to trick out your vehicle, according to Johnson.

“We’re not just driving around in a pick-up truck. I have a roll cage to prevent it from being crushed.

There’s exterior coating to prevent punctures in the vehicle.”

The goal is to make your vehicle as hard as possible for a tornado to pick up, but if you’re caught in a huge one, it won’t matter in the end. 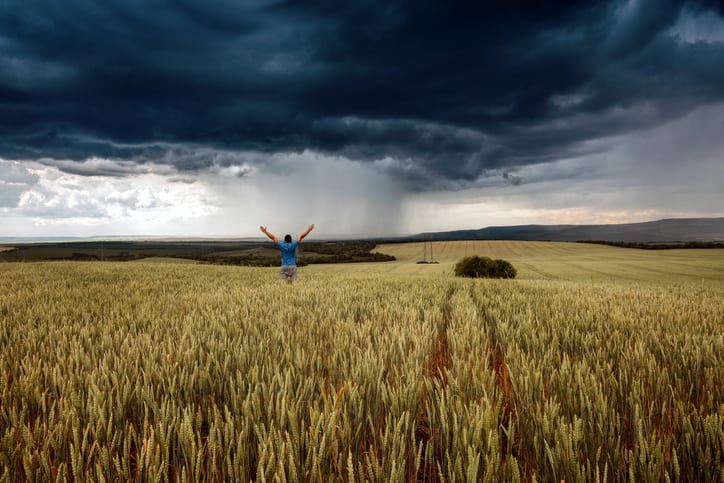 There’s really no test to take or certification that separates the professionals from the amateurs in this profession, so anyone can pursue the career if that’s what they want.

That said, you don’t want to watch a few videos on social media and think you can jump right into the deep end, either.

“I remember being a 15-year-old weather nerd wanting to have these experiences.

I worry I’m setting a bad example. I worry some kids will watch what I do and try to do it but without the experience and knowledge that I have.”

Well, that’s a bunch of stuff I definitely didn’t know before.

If you’re a storm chaser or have intimate knowledge of the world, share your own behind-the-scenes secrets with us in the comments!