Whether in first run or re-runs on TBS, generations of television viewers have watched and loved (or hated) Friends. We discuss it, we reference it in pop culture, and whether you enjoyed it or not – or thought you did until you realized Ross is the worst kind of man – there’s no way to escape the long-reaching arm of Friends in one way or another.

In fact, plenty of people have spent their spare time thinking a little too hard about everyone’s favorite New Yorkers, and have come up with these 6 theories that just might change the way you think about everything.

Here is what I believe Friends is really about. pic.twitter.com/hziUHAKVVX 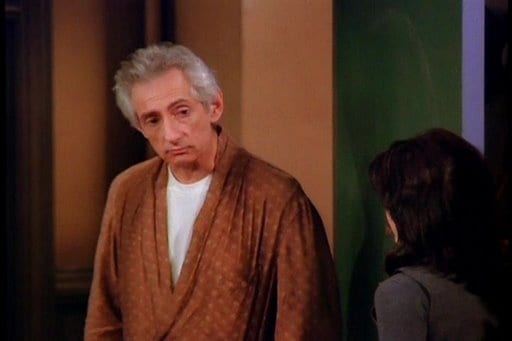 Remember Rachel and Monica’s mean old neighbor who supposedly died of natural causes back in Season 2? Well, according to one Redditor, Mr. Heckles was killed by his “dinner party” guest and his mysterious claim about his birds being disturbed by their noise was a last-second plea for help. 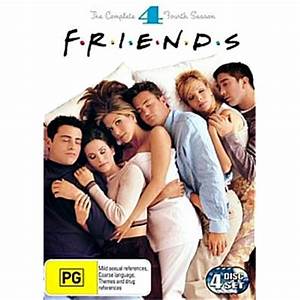 There’s a photo on the front of the Season 4 DVD box where the entire cast is asleep  – except for Rachel who is wide awake right in the middle. It ignited discussion, much of which centered on the idea that Rachel might have dreamed the entire show.

#4. Here’s the reason they always got “their” table at Central Perk. 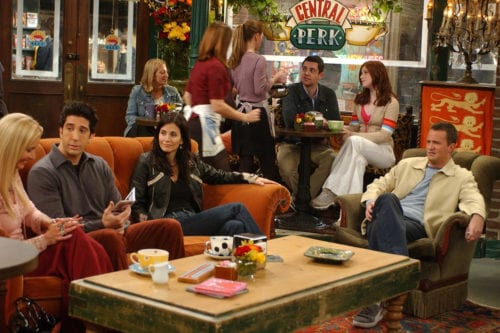 Gunther, of course. There’s nothing he wouldn’t do to win Rachel’s affections, so he kept the best table in the place ready and waiting for her and her friends.

Honestly, she would have been better off with him than Ross.

#3. It was one long commercial for Starbucks.

One Facebook user went on a rant claiming that the show was a 10-year marketing plot designed by Starbucks to convince young people that hanging out in coffee shops was the place to be. He even went so far as to suggest that Rachel’s last name (Green, like the Starbucks logo) and hair (styled like the Starbucks’ mermaid) were meant to be subliminal messages.

Yeah. I’m not really buying it, either.

#2. There’s a Parks and Recreation crossover. 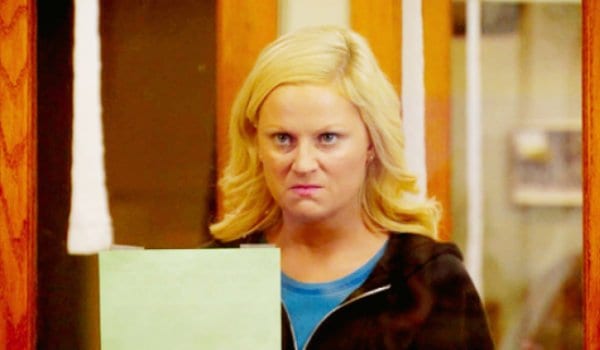 In “The One With All the Candy,” Rachel claims she doesn’t sleep with guys on the first date, only to have Monica call her out with specific names – one of whom is Ben Wyatt. According to Reddit, Rachel and Ben would have been around the same age (in their mid-twenties) at the time, so it could be Leslie Knope’s Ben Wyatt.

That’s one fight I’d plunk down money to see. #TeamKnope

But seriously, in all likelihood, I’d call that a nod to Friends and not a crossover. Semantics, maybe.

#1. Ross lost custody of Ben because he’s a terrible person. 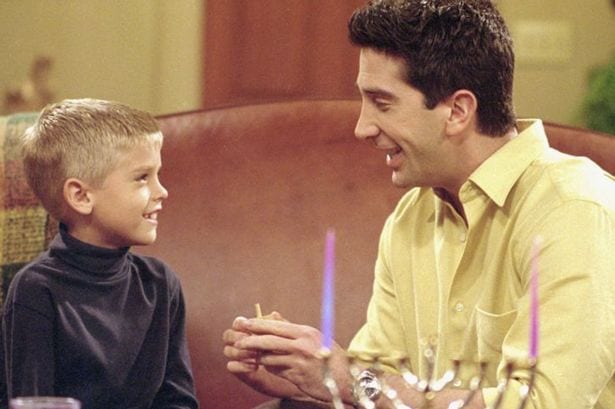 The more episodes of Friends I rewatch, the more Ross’ behavior makes me cringe, along with raising several red flags as far as possessive, jealous behavior in relationships. Add that to the fact that he slept with his students, tried to hook up with his cousin, and asked a self-defense instructor to help him frighten his female friends, and well…this theory has some credence.

Adding to that is the fact that Ben is never seen visiting his dad after the 8th season, and never even meets his half-sister when she’s born.

Seriously, if I were Carol, I would keep my son as far away from that horrid example of manhood as possible.

Any new theories come to mind for you after reading through these? I’m all ears!