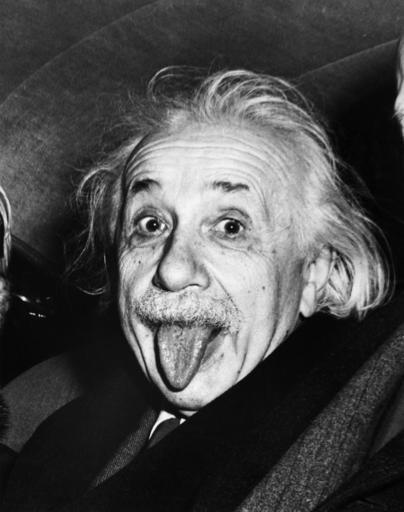 7 Reasons Why Einstein Just Didn’t Give A Fuck

Surely you’ve heard a lot of facts about Albert Einstein.  But did you know the famous mathematician couldn’t balance his own checkbook?

There’s more.  Here are 7 interesting + weird about Einstein involving the expectations of love, life, or anything in between.

1. He was a tough (arguably bad) husband.

Truth be told, young Einstein was a tough husband, and he had a dark side.  He married his first wife, Mileva Maric, in 1903. 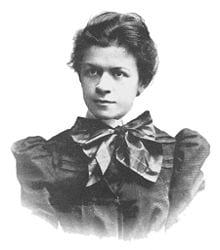 They separated around 1912, but in 1914 he sent a letter to his estranged wife explaining that she would be allowed to stay married to him under a number of “conditions.”

A. You will make sure

1. that my clothes and laundry are kept in good order;
2. that I will receive my three meals regularly in my room;
3. that my bedroom and study are kept neat, and especially that my desk is left for my use only.

B. You will renounce all personal relations with me insofar as they are not completely necessary for social reasons… You will expect no affection from me . . . You must leave my bedroom or study at once without protesting when I ask you to…. you will stop talking to me if I request it.”

She accepted the conditions, for some odd, self-loathing reason. They finally divorced after living apart for 5 years in 1919…

…the same year he married his cousin.  Apparently he had been in love with her all along, and in the midst of all this he managed to come up with the theory of relativity.

2. His daughter mysteriously disappeared and he never said a word.
Before marrying his cousin Elsa, Einstein and Mileva had a daughter named Lieserl. She was born a year before they were married, so Mileva delivered her in secret at her parents’ home in Serbia. Within a year, she had vanished. Her existence was only discovered in 1986, when letters the couple had written each other were found by a relative. Researchers believe that she either died of scarlet fever or was adopted.

3. There’s a reason he stuck his tongue out in that photo (below).

On his 72nd birthday a photographer tried to get him to smile for the camera, but he’d smiled for so many pictures that day that he stuck out his tongue instead. Einstein later requested nine copies of the photo because he loved it so much.

4. His drunken partying influenced his career.
Einstein’s career was influenced by his partying as a young man. He used to be part of a social club where he and his friends would get drunk and debate philosophy and science. He once wrote a postcard to the club’s co-founder that said he and Mileva had been “alas, dead drunk under the table.” Einstein later said that the club had a great effect on his career.

5. He couldn’t balance his checkbook.

The December 22nd, 1930 issue of Time magazine ran an article on Mrs. Albert Einstein, that stated because the “Mathematician Einstein cannot keep his bank account correctly,” his wife Elsa had to balance his ledger for him.

6. He did not charge for autographs.

But his wife did. That’s what she says anyway. There’s a popular Internet rumor that Einstein charged people for autographs and then donated the money to charity, but the aforementioned issue of Time Magazine tells the story a little bit differently. In the article, Elsa claims she assigned herself the duty of charging $1 for his autographs and $5 for his photographs, and (again) kept a ledger and donated the money to children’s charities.

And he’s damn proud of it.  Just look at him.