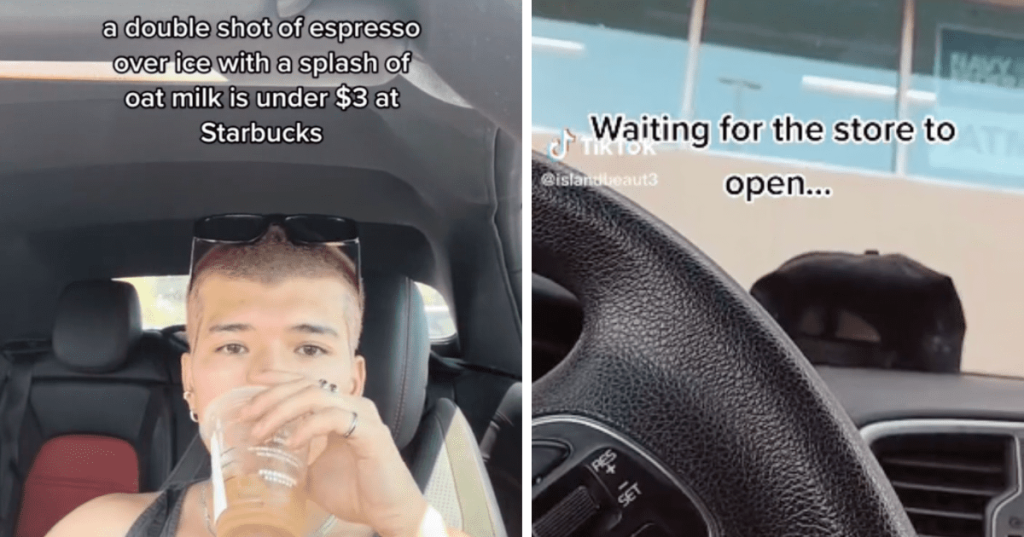 Everyone is looking for ways to hack everything these days, and the internet is keen on obliging that built-in audience. Every social media platform, every website, is going to tell you how to get the most out of any experience under the sun.

The people on the other side of these little workarounds are never as thrilled when the tricks start to show up at their place of business, though – and they say these 8 “hacks” are the absolute worst.

The way a Chipotle bowl comes can be a little tough to swallow – no one wants a whole mouthful of sour cream, or a dry bite of rice and meat if they can help it, after all.

One TikToker recently reminded people that they can simple ask the employee finishing up your lunch to give the ingredients a mix before wrapping up your burrito, and I’ve gotta say, it is pretty enjoyable.

The employees at Chipotle hope it doesn’t catch on, though, because it’s an extra step in what’s already a fairly long process.

McDonald’s Land Air Sea Burger is a Big Mac, Filet-O-Fish, and a McChicken, but there’s a catch – you have to make it yourself.

People are all about the new offering, but many don’t read the fine print and expect McDonald’s employee to make the massive snack for them.

Customers have been filmed treating employees badly after realizing they’ve received three separate sandwiches; some yelled, others asked for refunds, and a few have even called corporate to complain.

As a former representative, I would have struggled to not reply “well, you should probably just do that, then.”

It might seem like a sweet act of kindness to pay for the order in the car behind you, thereby sparking what can sometimes turn into hours of “pay-it-forward” lines, but workers see it a different way.

They say the generosity often doesn’t extend to their tip jar, and it can be awkward when someone can’t afford to pay for the order behind them and has to put a stop to it.

Employees suggest it would be better to tip them a little extra instead, and you can still consider it your good deed for the day.

The #grilledcheeseburger tag has nearly a million views on TikTok, but workers at Five Guys say it creates a very tedious order, especially on a busy shift.

A women on TikTok went viral for sharing a “hack” for getting free food at busy restaurants like Chick-fil-a. She uses a card she knows will be declined while the drive thru is absolutely packed, betting that the employee trying to run it will simply give her the food instead of holding up the line for any longer.

It might be handy and it might even occasionally work, but it’s borderline illegal, very unethical, and could end up getting the employee at the window fired.

3. Starbucks latte on the cheap

You can make your Starbucks run cheaper by order an “espresso over ice” and then mixing in your own milk at the self-serve bar, essentially creating an iced latte.

It makes employees have to fill the milk containers more often, though, and is not technically allowed.

2. Waiting outside before the store opens

People think getting there early is a hack that guarantees good customer service and fully-stocked shelves, but employees say it’s embarrassing, and that they’re tired of being stared down while they go through their opening procedures.

“That’s when you say to them, if you treat me like that I will refuse service and ask you to leave. I don’t let myself get treated like this anymore,” said one person.

Starbucks baristas are used to catering to fads, but the “TikTok drink” might send a few of them over the edge.

People have viewed #tiktokdrinkstarbucks more than 25 million times. If you order it,  you should receive a “white chocolate mocha with salted caramel cold foam and drizzle.”

Some people find it “sickeningly sweet,” and many baristas are over it, too, wondering why one of their own would “do this to other baristas.”

Well, I guess I won’t be trying any of these anytime soon, even though some of them look pretty good.

What hacks have worked for you? Which ones do you hate if they show up at your workplace? Tell us in the comments!