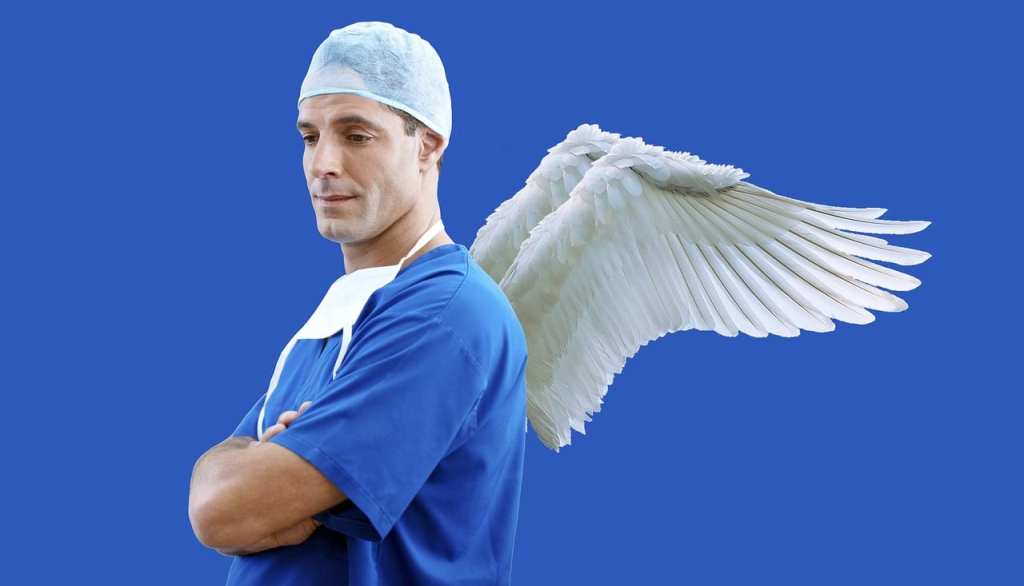 9+ Doctors Share Their Dumbest Patient Stories with the Internet

When a doctor puts on their white coat and drapes a stethoscope around their neck, they swear an oath of doctor/patient confidentiality. They won’t tell anyone about all of your conditions… no matter how strange they might be. But the beautiful thing about the internet is that doctors can hop on Reddit and anonymously share stories of the dumbest patients they’ve ever had. And that’s exactly what these doctors did.

1. Cocaine is a chemical?

Not a doctor but I’m a nurse who worked in the OR at a trauma center. Was doing surgery on a 19 year old who tested positive for meth and cocaine who was grilling the anesthesiologist about every drug we were going to use in surgery because “he doesn’t like putting chemicals in his body” Gotta stick with that organic, fair trade, Non-GMO cocaine

A patient comes into A&E with abdominal pain.

As part of the work up he gets an abdominal X-ray which shows the problem as clear as day.

The colleague has then proceeded to remove, from the patients rectum, an 8 inch replica of Nelson’s Column (the statue in the centre of Trafalgar Square, London)

On showing it to the patient, the response was “Oh that’s Nelson, he lives up there.”

Had a young woman with recurring UTIs that began after a recent partner and with no STDs; went through the standard questions trying to figure out what could be causing them and eventually found out she had been lubricating with jelly. Not KY jelly. The mix-up had literally been a joke on House. It took me some effort to keep a straight face, but we eventually resolved the problem and she stopped getting UTIs.

4. No arguing with that logic.

Med student here…on my pediatrics rotation a mother refused vaccines for her kiddo after “educating herself.” When prompted as to what she was using as her source, she replied, “my own brain.”

We had a diabetic foot patient a couple weeks ago who thought that wrapping his foot in raw bacon would help get rid of bacteria not too long ago. Not too long ago was also about 4 toes ago….

6. It might work if you find an ulgy-enough bracelet.

Female patient came into the pharmacy complaining that her Nuvaring (contraceptive that you place vaginally once a month) was too small. I was very confused, as these only come in one size. Then, I noticed that it was around her wrist like a bracelet/hair tie. SMH. I counseled her on correct usage and said she made need a pregnancy test.

7. Yogurt is for eating.

Not a doctor. But was an army medic in Iraq.

Ran a daily sick call. Iraqi prison guard complained of an abscess on his ass. Tell him to show me. He obliges. And then the smell hit me.

He had been putting yogurt on his abscess because he thought that since yogurt is full of good bacteria it would eat away the infection.

It. Did. Not. Couple that with an open abscess and a lack of a shower in an Iraqi heat, it was the worst smell I ever experienced.

8. Who says we can’t live in peace with them?

I worked as a dental assistant and receptionist for a while. We had a new patient come in who rarely brushed her teeth. Why you ask? According to her, she learned that the more you brush your teeth, the more the bacteria develop a resistance, which makes them grow faster.

When I was about 3, I got sick. After a few days my mom noticed a dark spot developed on my neck so she took me to the emergency room. The nurses looked at it and scheduled some sort of scan for it. They said it looked serious. My mom called my dad with the news, so he rushed to the hospital from work. When he got to me, he picked me up, licked his finger, and wiped some grape jelly off of my neck. That was the spot the doctors were freaking out about…. he wasn’t happy.

10. You can never be too prepared.

Had a patient who we sent to the OR for surgery. NPO (nothing by mouth, no food no water, nothing) for at least 8 hours. The OR calls back to the unit furious because the patient was eating a Milky Way. Turns out, she had hidden a Milky Way under each breast in case she got hungry later. She was having heart surgery.

11. It was probably ’cause you fell on your face.

70 yo female tripped and fell 2 days ago. She came it with hip pain but reports after the fall her nose was bleeding – she had landed on her nose. About a year prior her dentist had messes up an infraorbital nerve block and caused some swelling in that region but that all was resolved. This old lady is now convinced her nosebleed after falling on her face is related to an “infection” from the dental issue a year ago. After multiple back-and-forth on the etiology of the nosebleed, she became the first patient I raised my voice and put down an authoritative “no, you are wrong, just stop it”.

Check out some more of these crazy DIY remedies that doctors have seen.

Doctors share the craziest DIY treatments they’ve ever seen. So much penis damage.