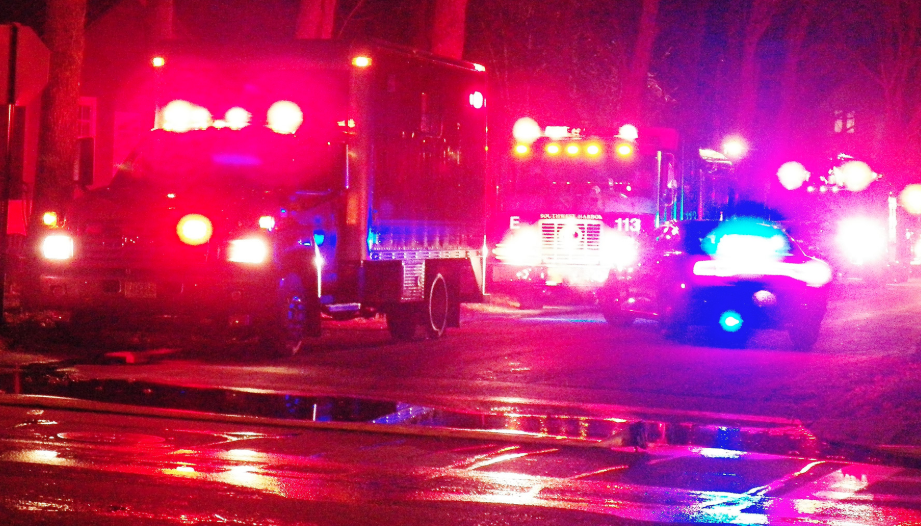 Hopefully, most of us will never have to call 911.

But these people did. And they shared their stories. Some are pretty tragic, so be prepared.

“Last week. Driving home and come across an accident that had just occurred. No FD or PD on scene yet. I get out of my car and dial 911 to let them know location. As I am getting out of my car I notice a girl, maybe 8-9 years old, laying on the ground covered in blood. People are around her, her mother is screaming and crying, and everyone is trying to do what they can. I stay on the phone with 911 until the FD arrives maybe 60 seconds later. They loaded her up in an ambulance and sped her off to the hospital.

I received a call about 5 days after that accident from a detective with the PD. They needed my statement as the little girl didnt make it. It was a very sad sight to see and an image that will stay with me.

Stay cautious on the roads and always wear your seat belts.”

“I live on the corner of a busy intersection. Every once in a while I’ll get woken up at night by a loud car crash.

Usually I go to my window and if no one immediately gets out of their cars I call 911, in case they can’t.”

“Nothing all that dramatic, it was for what I suspect was a drunk driver. She had her blinker on for miles, was varying her speed between 30mph and 80, weaving a bit. Literally had a hard time getting past her as when we would speed up, so would she (this was on a 2 lane highway). Called 911, only time I ever have on a motorist, and gave the license plate number. They said they had a cop a couple miles up the highway and would pull her over and give her a sobriety test.

I like to think the call saved someones life that night, but who knows.”

“I was at a wedding. An older gentleman passed out and one of his relatives screamed. The groom called out to his best man, who wasn’t there. I looked around real quick to see if anyone was calling 911. I saw a couple people with their phones out and almost put my phone away due to the bystander effect, but I remembered people on reddit talking about how no one does anything expecting someone else to do something, so I stayed on the phone. Turns out there was only one other person on the phone with 911. I stayed on the phone until paramedics showed up. The other person on the phone was the older gentleman’s daughter, I think.”

“Got woken up at 2 in the morning by my roommates girlfriend. She asked to use my phone to call for a ride home. So I turned on the light to find my phone and noticed she was upset. I asked her what happened and she said my roommate was super drunk and got mad and attacked her. So I went to confront my roommate about it while she called a ride. When I walk into his room his just standing there with a dead look in his eyes breathing heavy. I ask him what was wrong with him and he pointed a pistol at me and told me to get on the floor. I hopped the hell out of the room, slammed the door, and slid the dining room table in front of it. Then I ran to my room, grabbed his girlfriend, and ran outside.

I called 911 and told them the situation and they had at least 5 squad cars there in less than 5 minutes. They charged into the house and arrested him. He ended up only being charged with domestic violence. After he got released the next day he told me it was pretty crappy for me to call the cops on him. I told him it was crappy to hit his girlfriend and pull a gun on me. After that I packed my stuff and moved in with another friend until I could transfer jobs to another city. I didn’t want anything to do with him. It’s been like 7 years since that happened and I haven’t talked to him since. I know him and the girlfriend dated for another few months before they broke up and that he ended up marrying his baby momma but idk if they’re still together or not. That night was the scariest night of my life, I hope to never have someone point a gun at me ever again.”

“I was playing frisbee with my dog in this camping area and found a dead body. Guy was half buried in the snow and the dog kept sniffing around.

I took the dog back to my truck and then called my wife first, which I immediately realized would seem weird, but she always complains that “all the exciting stuff happens to me.” So I call her and she’s all “I’m on my way!”

So then I tried googling for the non emergency dispatch number, because this guy had obviously been dead for a while, but the search was slow so I just dialed 911. The guy picks up, asks what my emergency is, and it was like that Dave Chappelle sketch.

“Yeah so I’m out here at Missile Park, and I’m preeeeettty sure I found a dead body.”

And then I realize that I got connected to a new dispatcher, because he covers the headset and I hear him whisper to someone, “he says he found a body!” “

“Four years ago. I went to see my dad and found him on the floor beside his bed clearly dehydrated with the lamp on top of him.

They took him to the hospital where they determined he’d had a stroke. Looked like he was getting better for a few days. My big sister was looking at facilities as we expected a recovery of some sort; maybe not a full recovery but definitely something.

Then he got way worse until I stood there and watched as his heart stopped.

I didn’t particularly care for my dad… but that sucked a lot.”

“I was a dog walker for a while. One day I was walking this tiny little toy Yorkie and was standing on the curb looking down at him while he peed. This guy was walking by and, completely out of nowhere and totally unprovoked, sucker punched me and then just kept casually walking. I stood there stunned, looked around, saw a girl across the street and asked if she saw that. She said yes but then walked away into a building like she wanted nothing to do with it.

I picked up the dog and started following the guy while trying to dial 911. I say try because in the state of shock that I was in, I suddenly forgot how to operate my phone. I unlock my phone dozens of times a day but in that moment, I might as well have been solving a Rubik’s cube. Eventually I get 911 on the line and tell them what happened and that I’m following the guy. He turns around and sees me and starts walking toward me saying he’s going to beat me for following him. This is when I realized that I have my phone in one hand and the dog in the other so I was pretty much defenseless. I start running away to keep my distance but still keep him in my sight so I can direct the cops to him whenever they arrived.

They finally show up and he still kept walking toward me with no regard for the 3 or 4 cop cars surrounding us. They run to apprehend him and the first thing he says? He says that I punched him. They didn’t buy it and they told me they’ve arrested him before. He has mental issues and was most likely off his meds. I kept up with his arrest online and turns out, he ended up punching someone else while in custody that day.

I think the biggest thing I learned from this is that I can take a punch.”

“I live in an area where the game “gunshots or fireworks?” isn’t really a joke. People set off fireworks all the time and I’ve definitely heard gunshots on several occasions, but there’s never really a way to be sure unless it’s close enough

We were playing DnD in my kitchen one night and we heard 5 successive shots that could only have come from a gun like right across the street. I called the police and my friend called our campus security while we all sat under the table. The cops showed up and asked a couple questions and told us that we weren’t the only ones to call, but I don’t know what came of it. We then resumed our DnD session.”