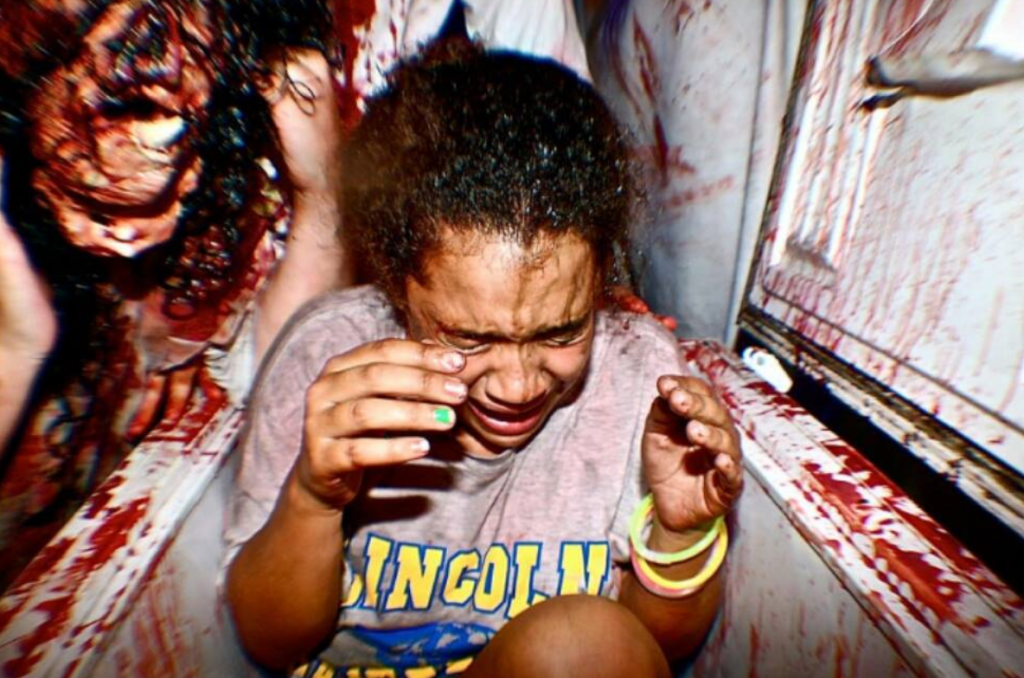 I’m all for Halloween-related fun and haunted houses, but this place does sound a bit…intense.

McKamey Manor is an extreme haunted house with two locations, one in Tennessee and one in Alabama, and, as of today, over 94,000 people have signed a petition trying to get the haunted house closed down. Why?

Petitioners are claiming that the houses are actually tortures chambers in disguise. Critics argue that visitors are forced to eat things, are forced underwater, and are even waterboarded.

The change.org petition to shut down McKamey Manor reads, in part:

“Advertised as “an extreme haunt” when in fact it is NOT a haunted house. It’s a torture chamber under disguise. Reportedly, they do screenings to find the weakest, most easily manipulated people to do the ‘haunt.’ It’s reported that if Russ [the owner] doesnt think you’re easily manipulated, you arent allowed to go.”

The person who put up the petition also said, “It’s literally just a kidnapping & torture house. Some people have had to seek professional psychiatric help and medical care for extensive injuries. I propose that all locations where this is happening be shut down immediately.”

Russ McKamey, the owner of the haunted houses, defended his businesses, saying, “I’m a very straight-laced conservative guy, but here I run this crazy haunted house that people think is this torture factory, fetish factory. All of these things that it’s not.”

People who want to experience this extreme haunted house need to be 21 years of age and have a doctor’s note that says they are mentally and physically capable of handling the situations they will be exposed to in the facilities.

The “haunted house” that makes you sign a waiver and claims to give you $20K if you can complete it, this is just a part of the waiver they make you sign – continued pic.twitter.com/cOczvA35eZ

Russ McKamey claims that his haunted houses are so terrifying that no one has ever been able to complete them. Terrifying…or hazardous.

What do you think – would you be willing to take a stab at McKamey Manor?

Stay tuned for developments on this story.