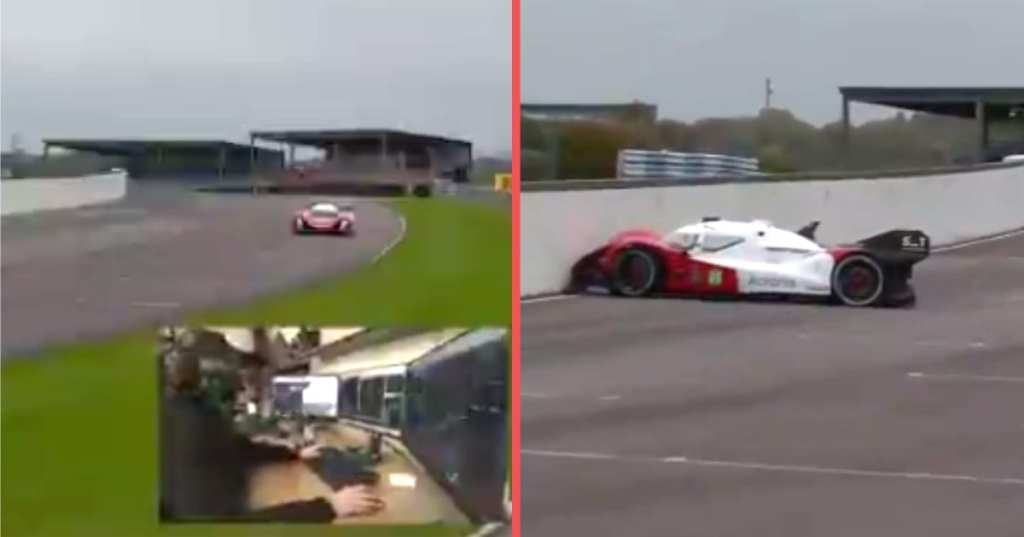 A Driverless Race Car Swerved Into a Barrier for No Reason, So Maybe The Future Isn’t Quite as Close as We Think

There are times when it feels like the future is now. We have instant communication with anyone in the world at the snap of our fingers. There are jetpack men flying through the sky. The military is developing death ray lasers for their fighter jets.

Plenty of people think driverless cars are going to be here before we know it; we’re going to be able to eat with both hands or shut our eyes if we need to while our cars take care of the details.

Now, as someone who enjoys driving a manual transmission, that doesn’t sound all that good to me – and after you read about what happened to this driverless race car, it’s probably not going to sound that good to you, either.

The autonomous car came courtesy of Roborace, who is involved in an autonomous racing league. They were broadcasting their Season Beta 1.1 race in order to showcase the potential of high speed auto races that don’t endanger human drivers.

One of the cars didn’t make it, I’m afraid.

This is one of their first live-broadcasted events.

This was the second run.

It drove straight into a wall. pic.twitter.com/ss5R2YVRi3

One of the engineers explained what happened on Reddit, and said the steering mechanism was locked to the right during a process in which a human driver guides the car to the start line. That meant when the race started for real, the car drove straight into a barrier on the right side of the track.

The engineer called it an “extremely rare event,” and honestly, it sounds to me like it was more human error than an oopsie by the car.

You should definitely check this shizz out for yourself, though – there are a surprising number of self-driving racing leagues around, and you never know.

We might get treated to another crash here and there without having to worry if someone has gotten hurt in the process.