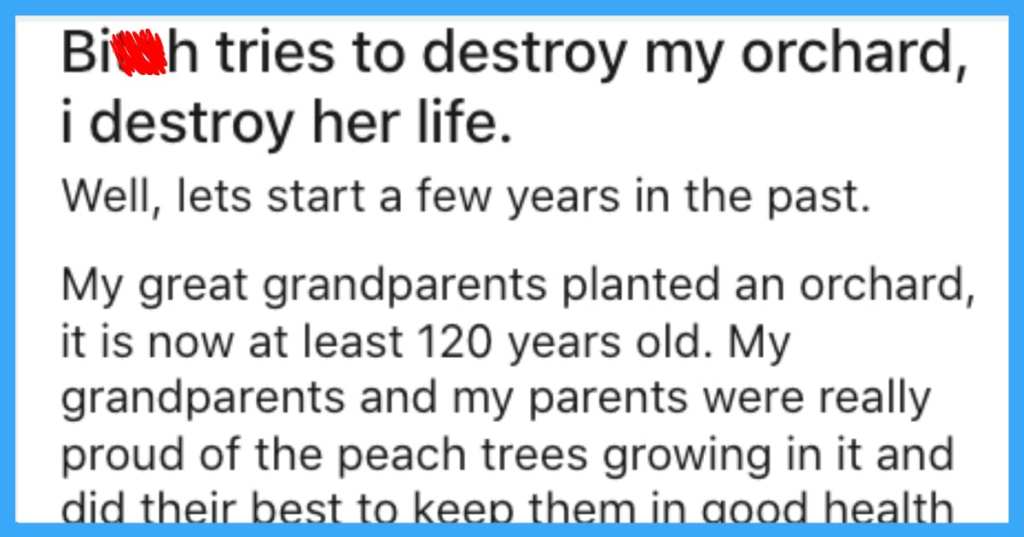 Some Karens are nuisances, but this one sounds like she’s out of Fatal Attraction!

When she moved into the neighborhood, she had already made life a living hell for everyone around her, but messing with a historic peach orchard was just a step too far for one of its owners, who took matters into his own hands when it came to seeking revenge.

This Redditor tells the story of his family’s well-loved peach farm. It has always been one of the stand out properties in the community and was always welcoming and friendly, with parties that were the stuff of legend. 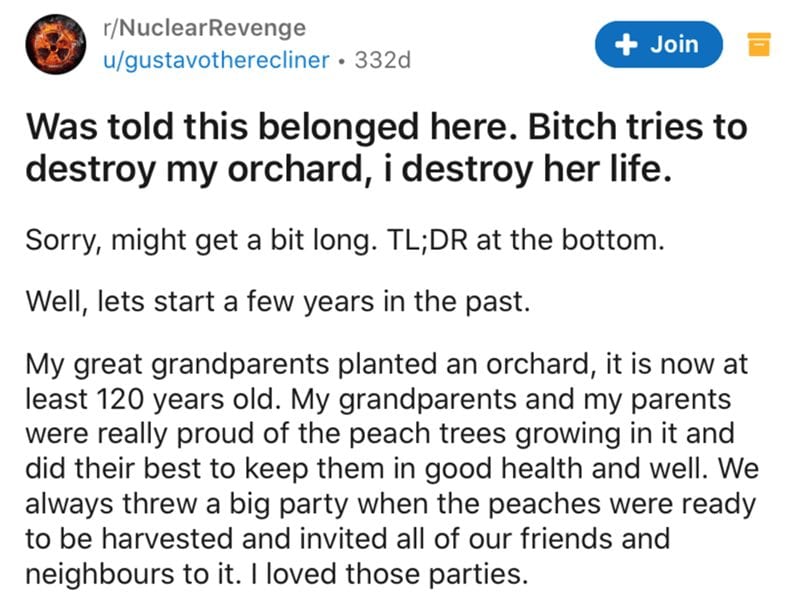 When a nearby neighbor died, the family had no idea how their luck would turn. 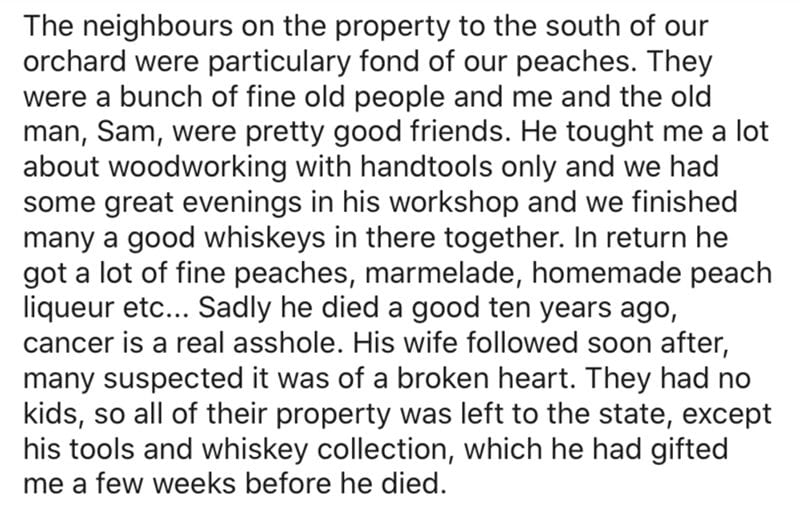 Enter Karen, who would start causing problems for just about everyone.

Right away, she had an issue with the orchard and the historic building alongside it. 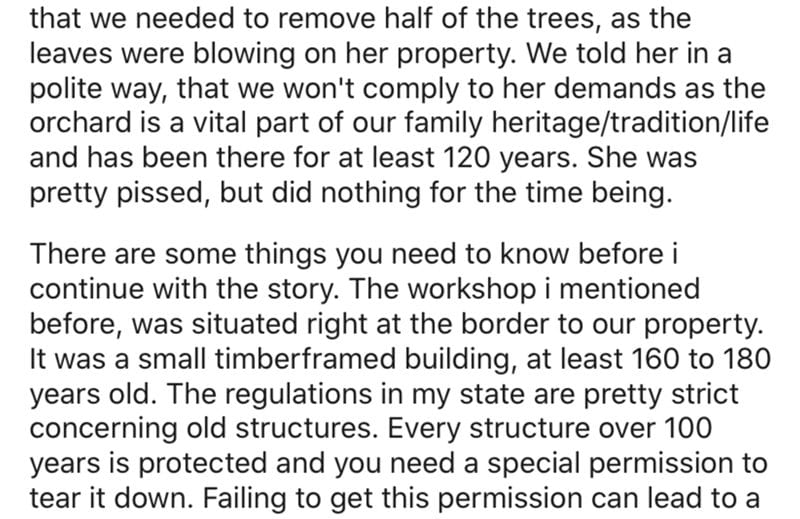 Not even the neighborhood dogs were safe. 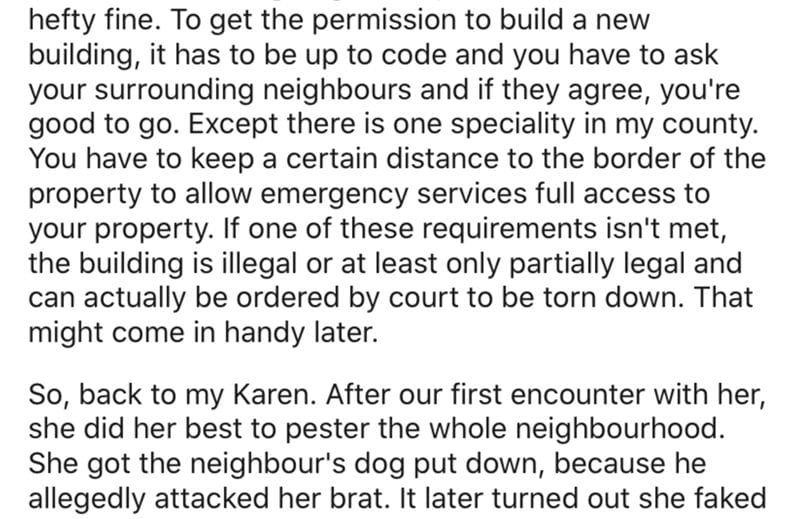 Due to her complaints, all the fun stopped. 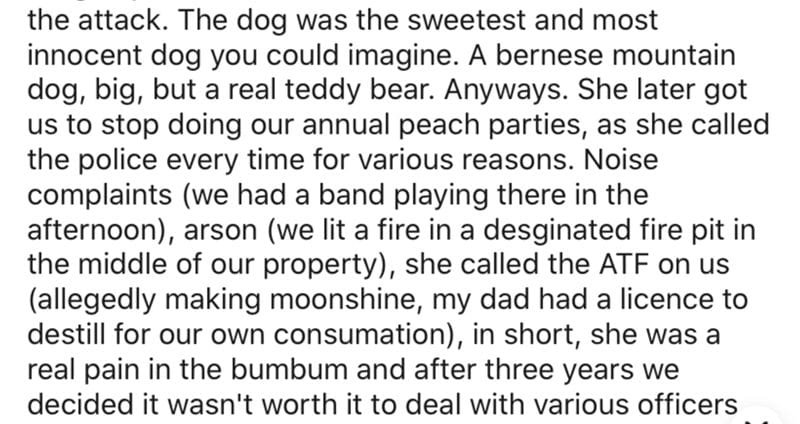 Things got even crazier and violent. She did, however, begin making mistakes in her plan to ruin the peach farm. 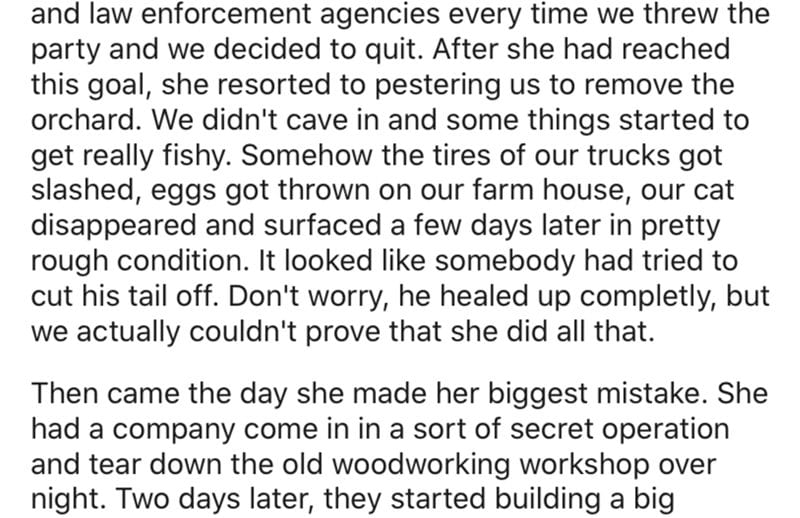 But its owners had to do something fast.. the trees wouldn’t last long otherwise! 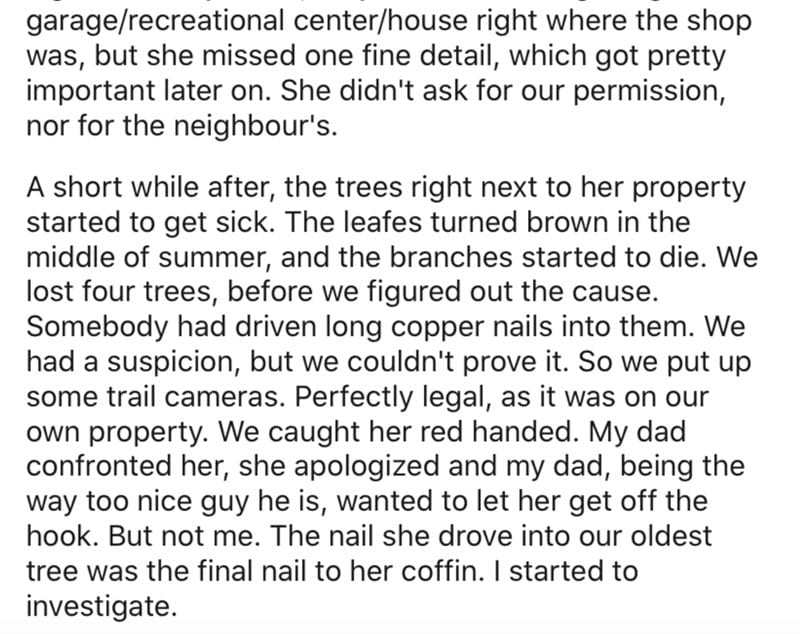 The guy made some inquiries to the city as to what his limits were and found out she was in violation of several city codes.

He got into action. 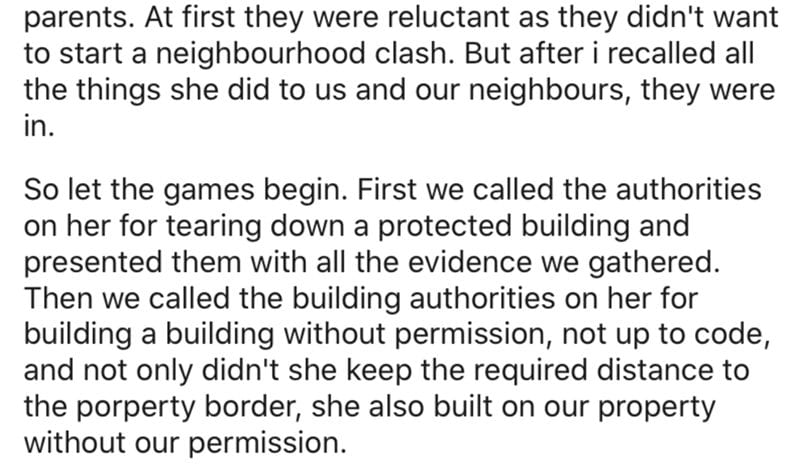 And because she made so many illegal steps, she end paying—big time! 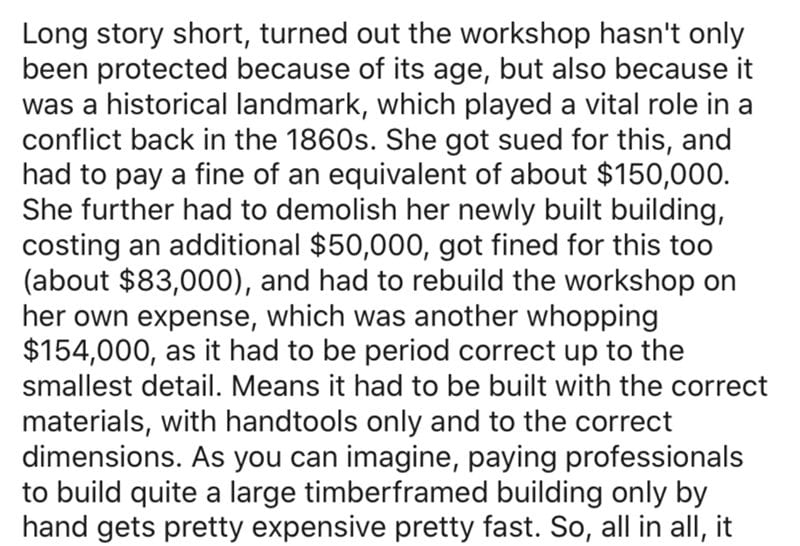 Needless to say, the peach farm, and parties, continue. 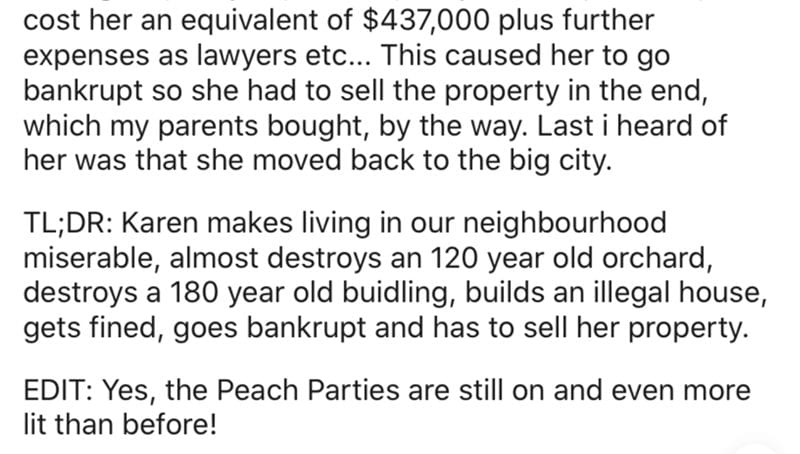 Redditors thought the peach farmer was absolutely in the right. Another farmer said he would do exactly the same thing. 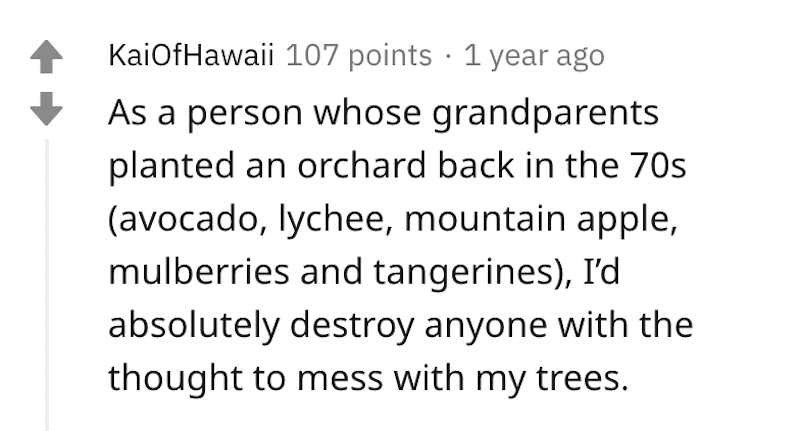 Someone said her actions were warlike. 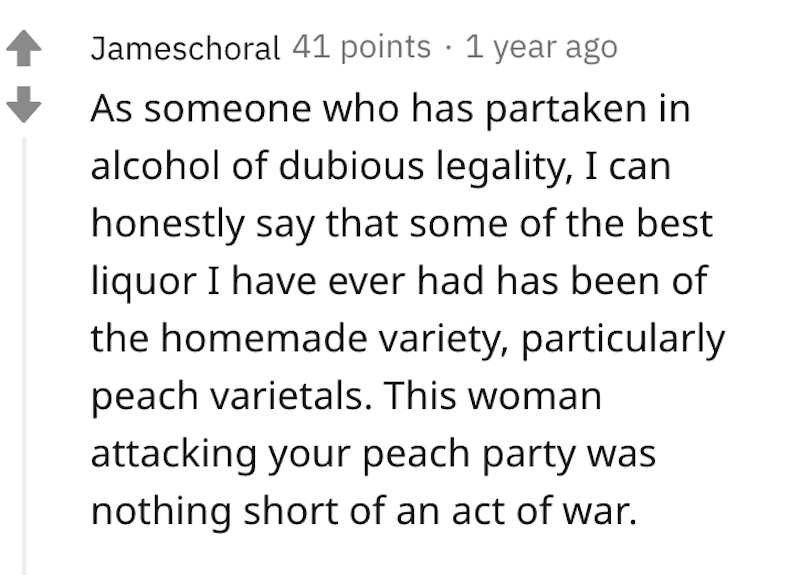 Someone else felt terrible for the dog (we did, too.) 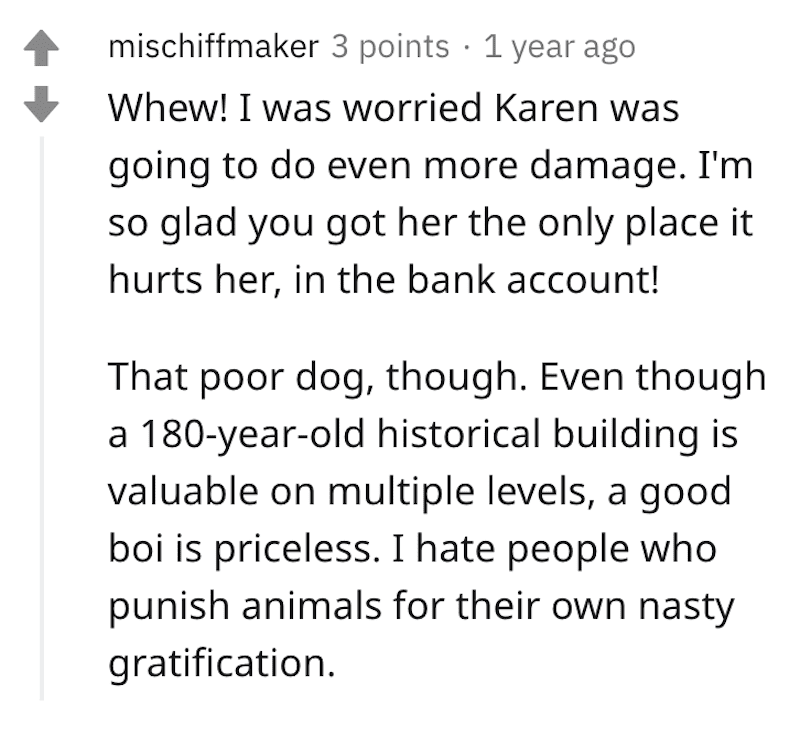 And one reader summed it all up eloquently.

Do you think this guy went too far to protect his property or did he do the right thing?